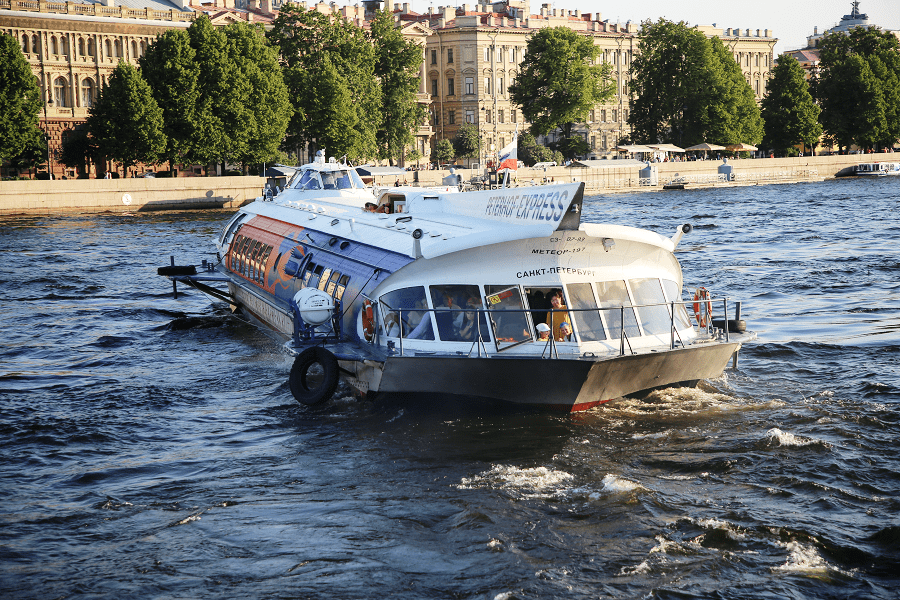 The total length of all watercourses on the territory of St. Petersburg reaches 282 km, and their water surface is about 7% of the entire area of ​​the city. During the existence of the city, the hydrological network has undergone significant changes. 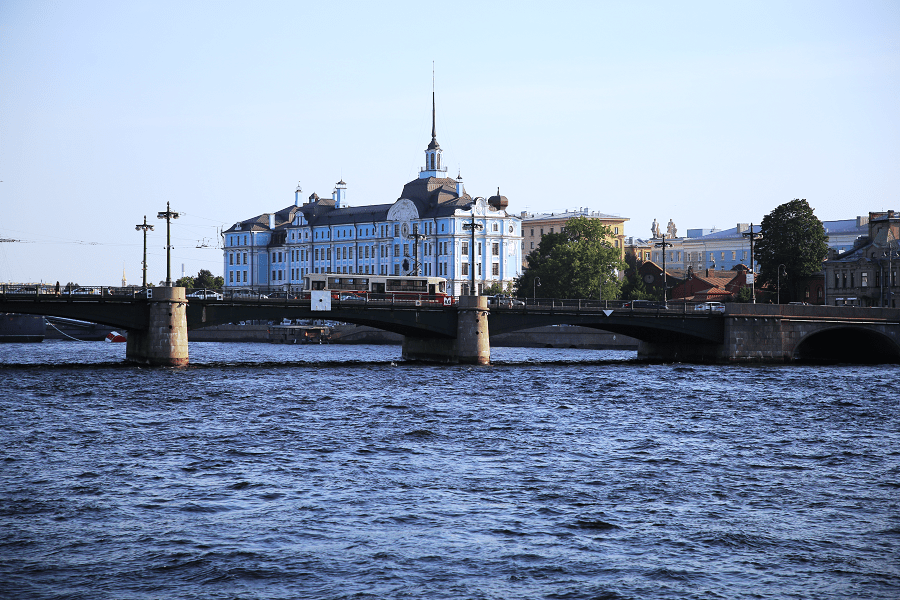 Its construction in a low swampy place required the construction of canals and ponds for drainage. The excavated earth was used to raise the surface. 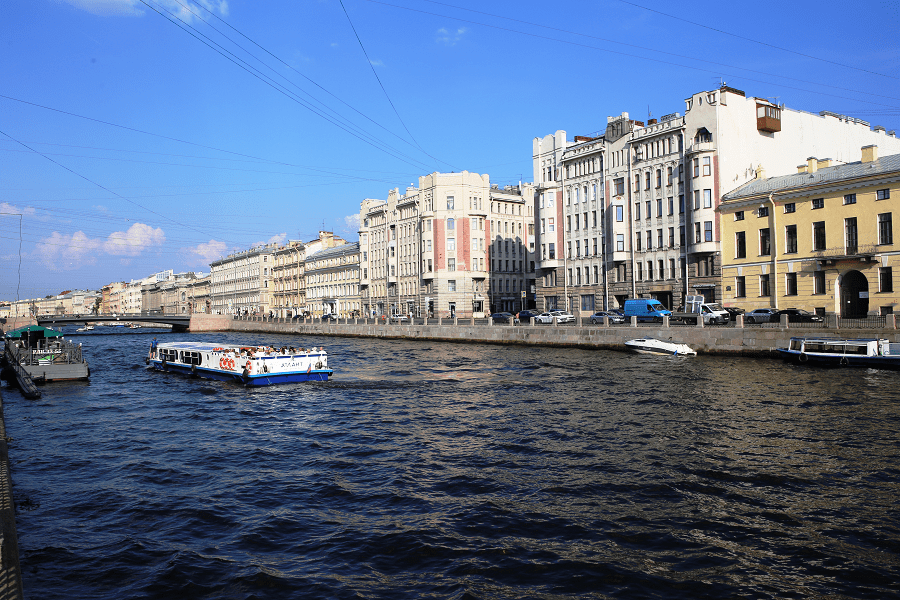 At the end of the 19th century, the Neva River delta consisted of 48 rivers and canals, forming 101 islands. Over time (as the city was built), many reservoirs lost their original meaning, became polluted and filled up. 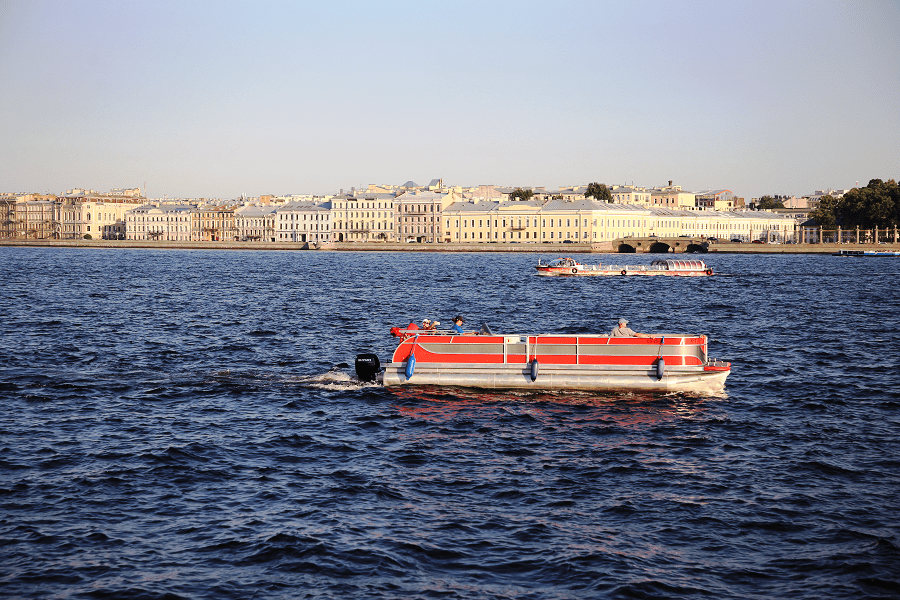 In the 20th century, as a result of the backfilling of canals, the number of islands was reduced to 42. 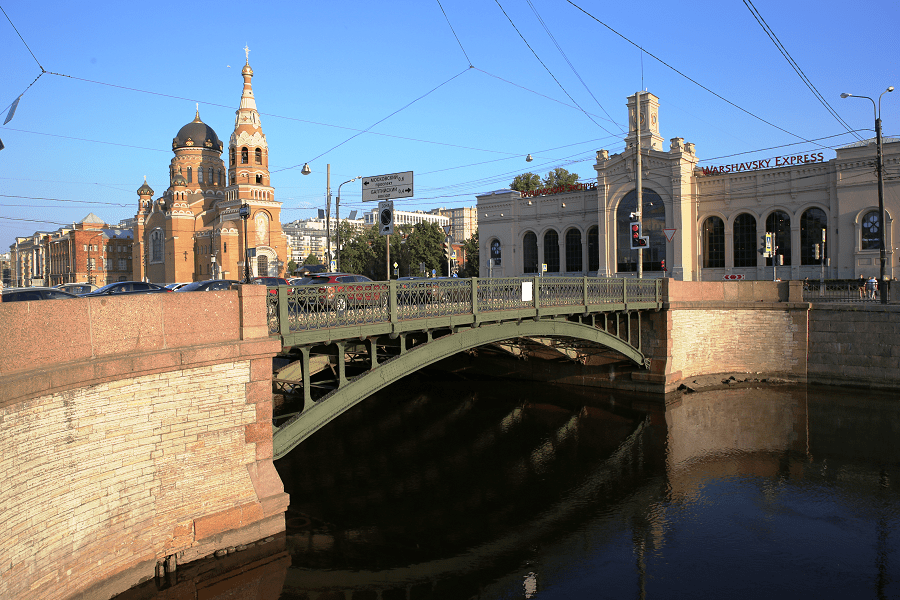 The main waterway of the city is the Neva River, which flows into the Neva Bay of the Gulf of Finland, which belongs to the Baltic Sea. 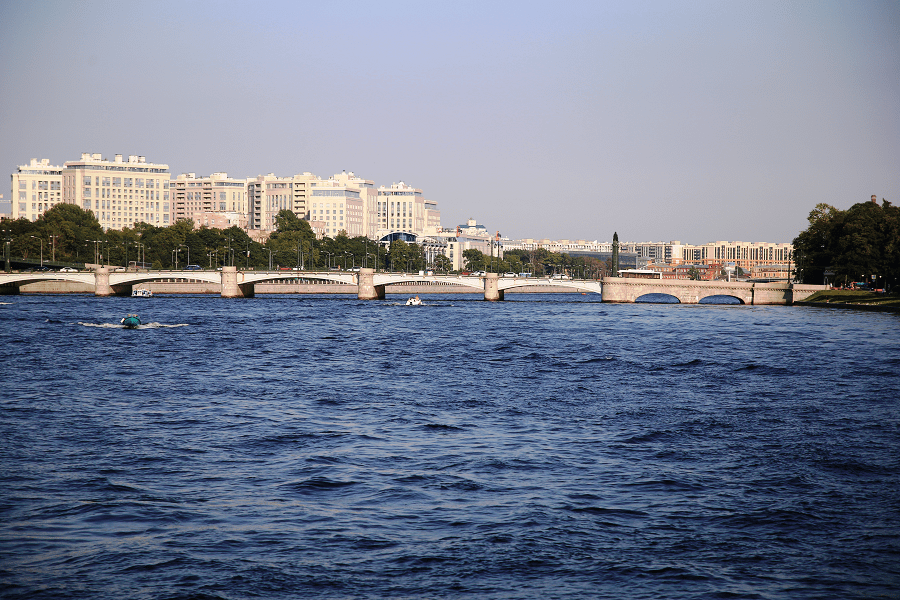 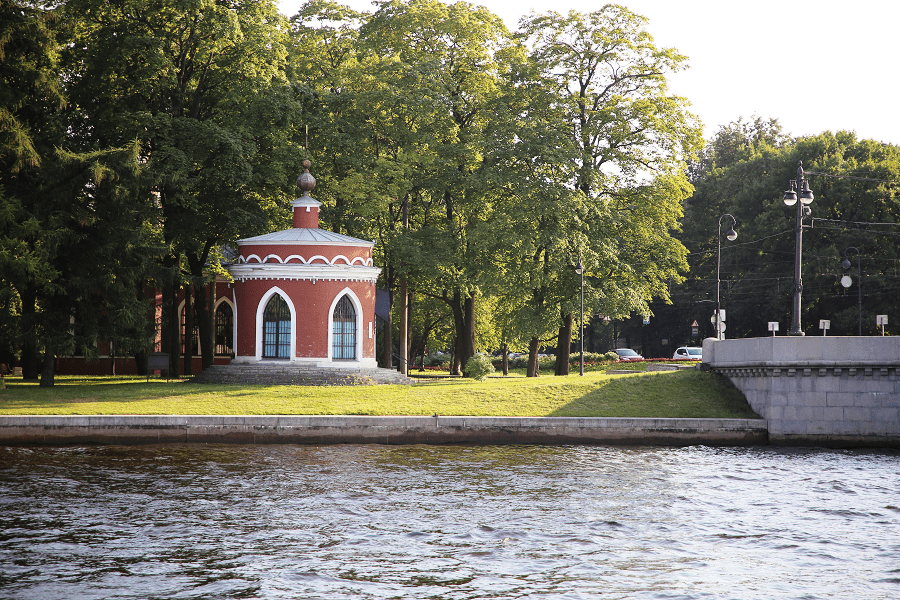 The main tributaries of the Neva within the city: 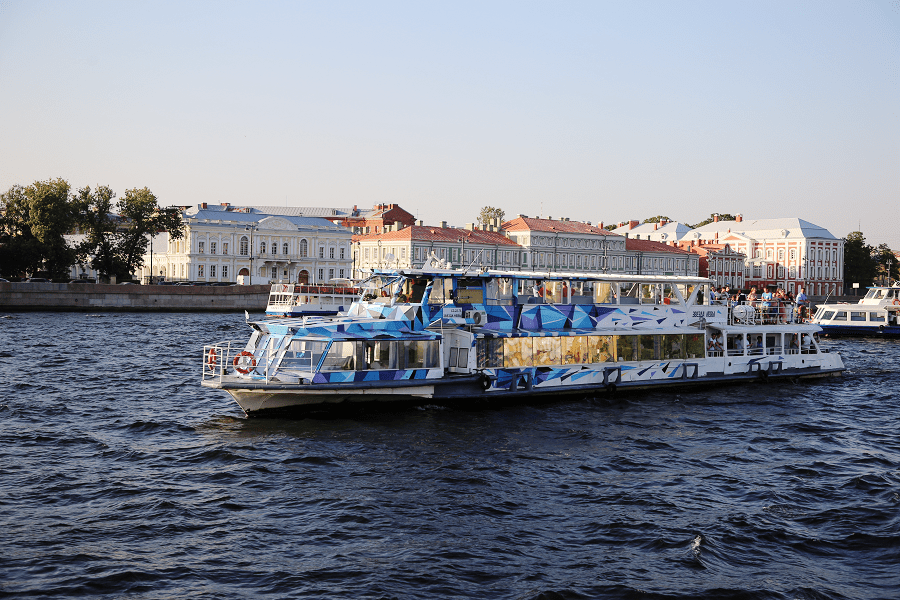 on the right: Okhta, Black River.

The largest islands in the Neva delta: Vasilyevsky, Petrogradsky, Krestovsky. 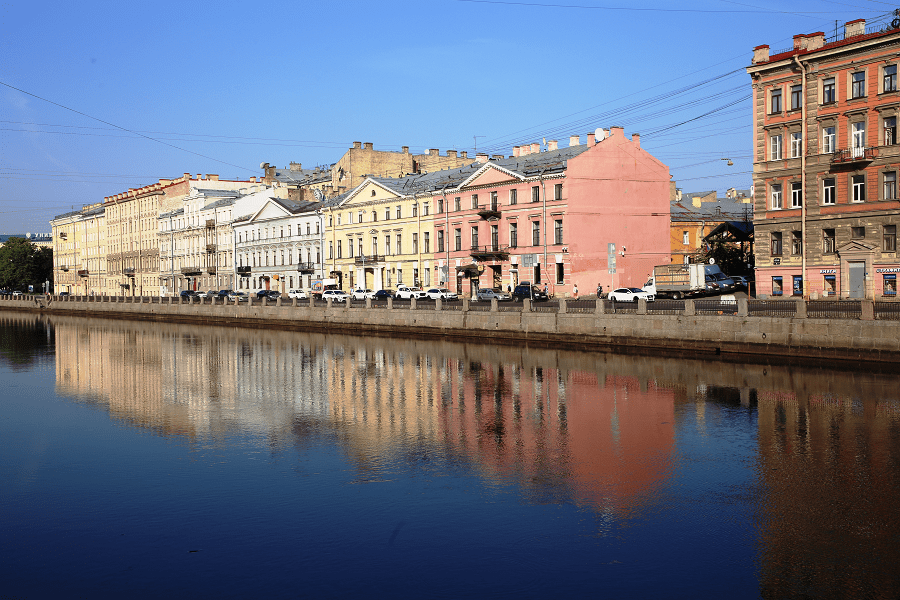 About 800 bridges have been thrown across the city’s water bodies (excluding bridges on the territories of industrial enterprises), including 218 pedestrian and 22 drawbridges. 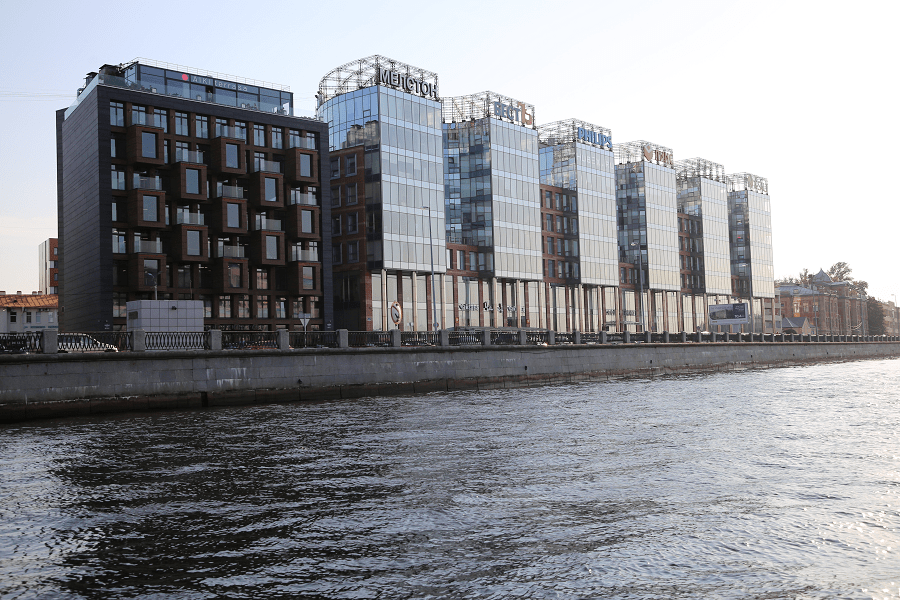 A significant part of the city (islands of the Neva delta, a wide strip between the Gulf of Finland and the line of the Baltic railway, the left bank to the Fontanka, etc.) is located at heights not exceeding 1.2 – 3 m above sea level. 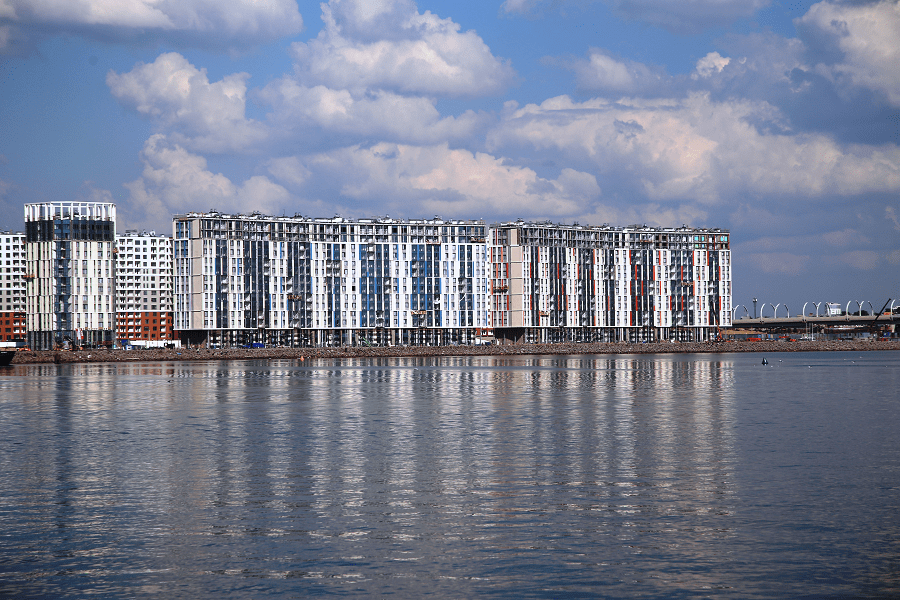 These areas are at risk of flooding, mainly due to wind surge in the eastern part of the Gulf of Finland. The floods were catastrophic in nature on November 7, 1824 (water level rise above the ordinary by 4.21 m) and on September 23, 1924 (3.69 m). 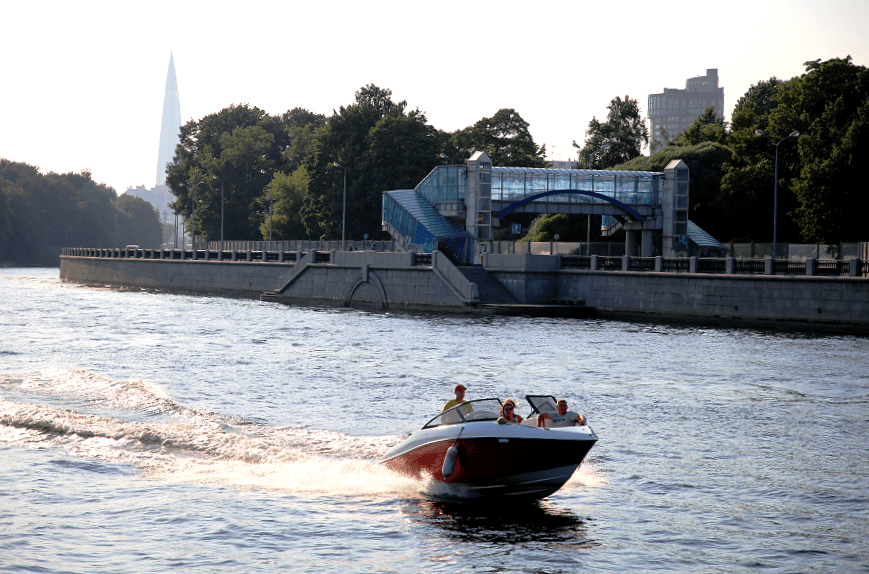 At the time of this flood, about 70 km² of the city was flooded. 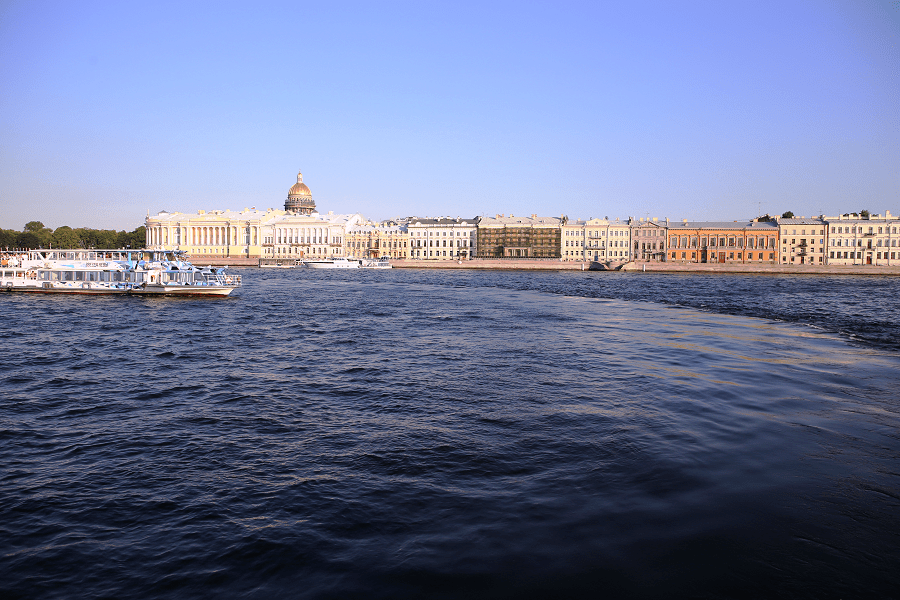 For more than three hundred years of history of St. Petersburg, according to various sources, about 300 floods have been registered. 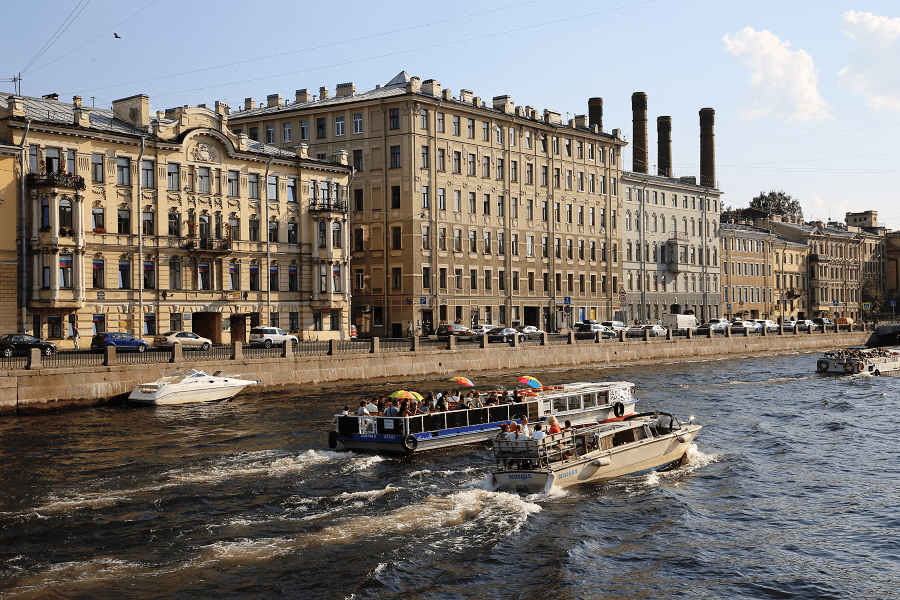 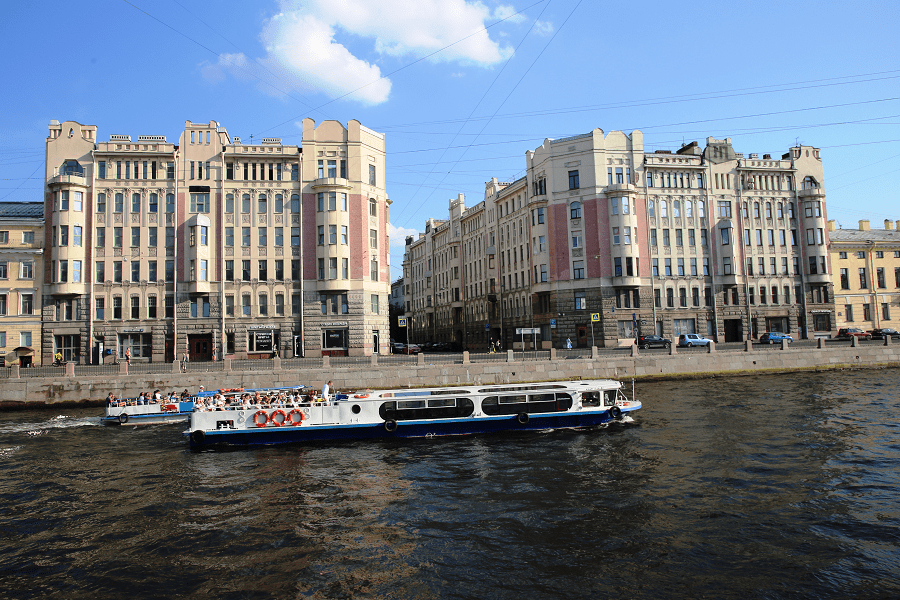 In August 2011, a complex of protective structures of St. Petersburg from floods (the so-called “Dam”) in the Neva Bay of the Gulf of Finland came into operation. 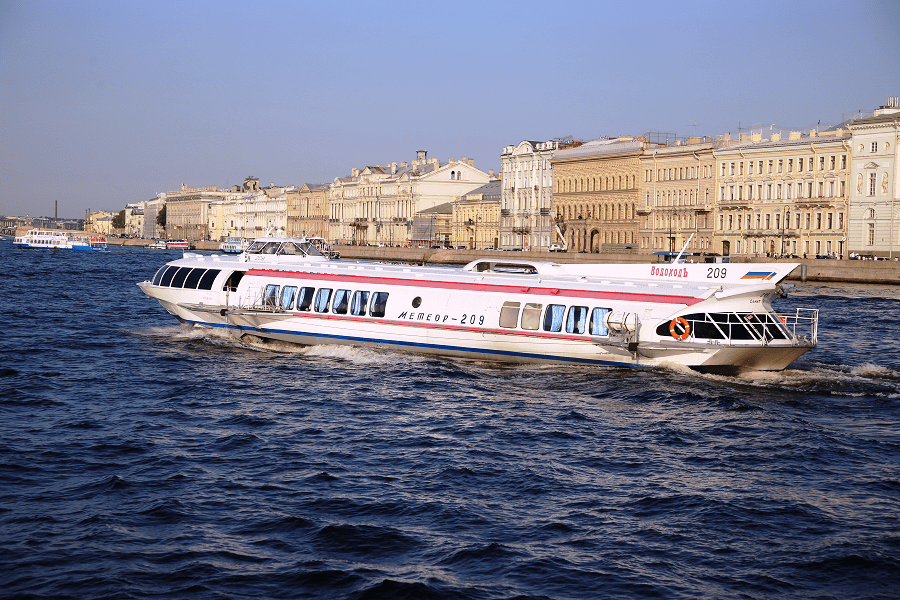 For the first time, it was fully activated during the flood on December 28, 2011. 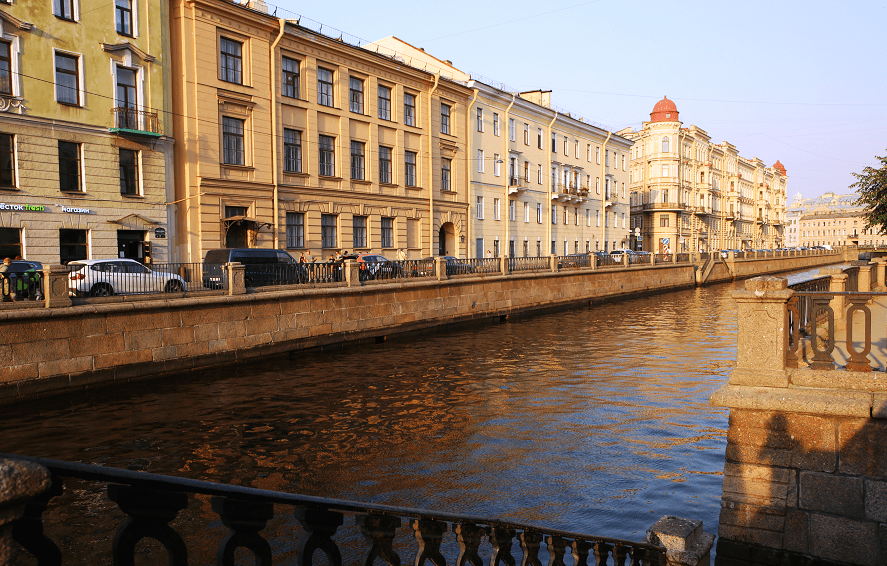