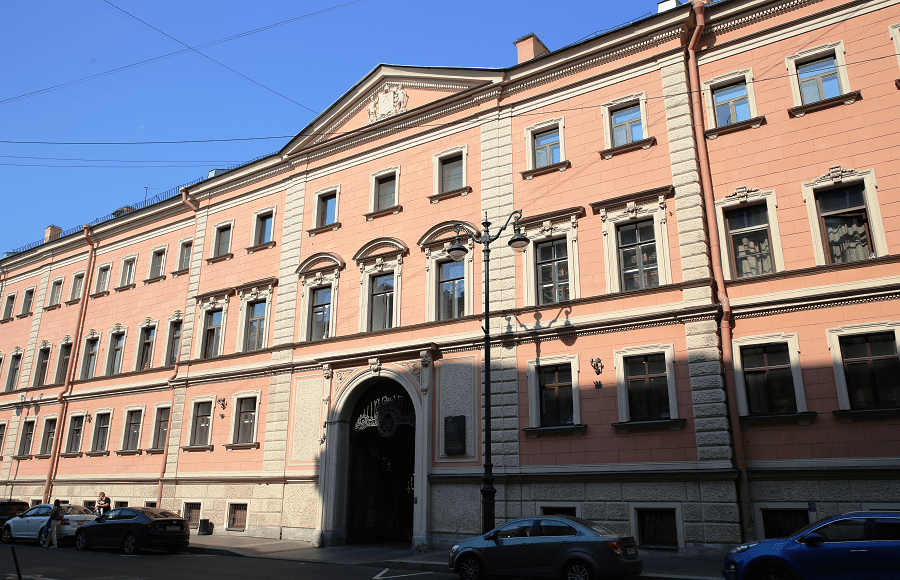 The ringmaster Corps building of the Novo-Mikhailovsky Palace (Millionnaya Street, No. 19, St. Petersburg)

In 1857-1861, the Novo-Mikhailovsky Palace was built on the Palace Embankment. The architect Andrei Shtakenshneider, who created it, placed the ringmaster Corps building on the side of Millionnaya Street.

After the revolution of 1917, the house was given to the military ministry. In the 1920s, the office of the chief of military communications of the military district was located here, and in addition, it housed the apartments of high-ranking military officers. At different times, Mikhail Tukhachevsky (1928-1931), August Kork, Vitaly Primakov, Boris Feldman, Boris Shaposhnikov (1925-1927) lived here. The young composer Dmitri Shostakovich sometimes visited Tukhachevsky’s apartment. In 1932-1933, rocket technology developers Boris Petropavlovsky and Ivan Kleymenov lived also in the house.

The house was administered by the Petrograd (Leningrad) military district until 1960. Currently, house number 19 continues to be a residential building.