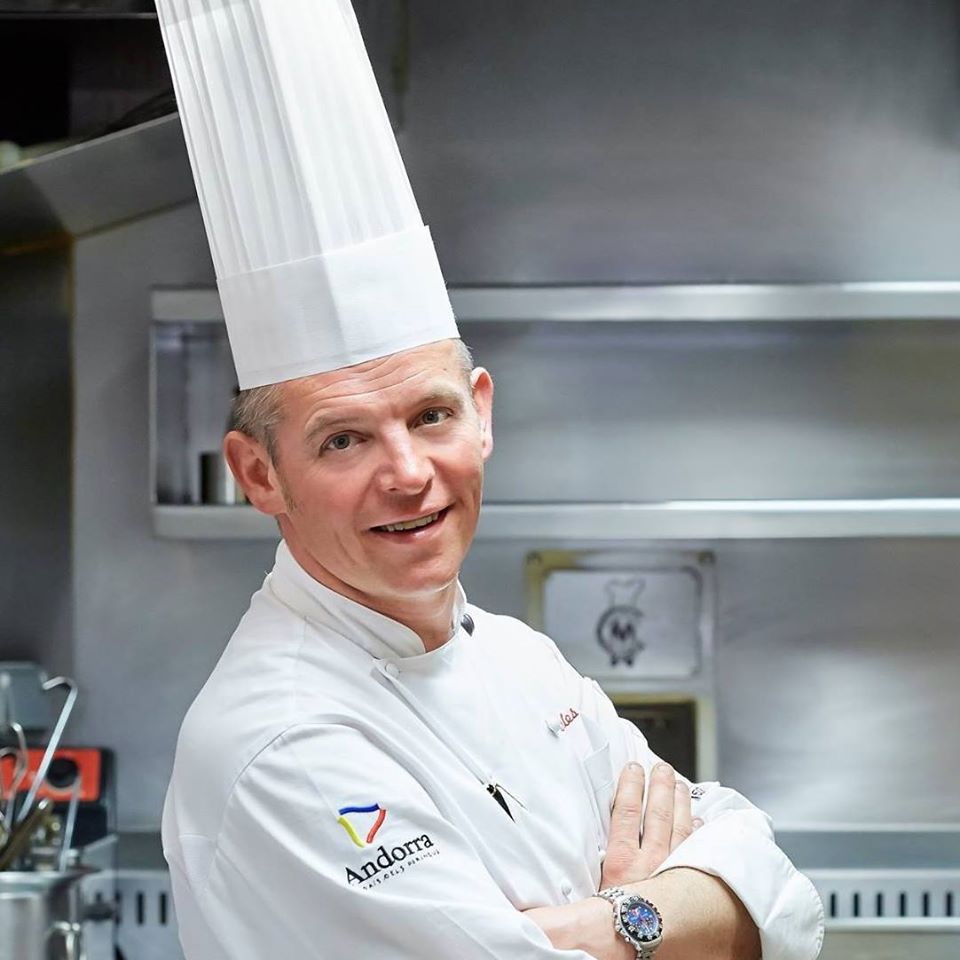 CARLES FLINCH FONT was born in Andorra la Vella on 30th April, 1972. He studied at the lycée Comte de Foix (Andorra) and then at Montpellier university, where he obtained a certificate of professional aptitude as a chef.

In 1987, he did an internship at the “Sardinal” restaurant in Banyuls on sea; in 1990 – at the “Casa Gallau” restaurant in Cambrils, and in 1993 – at the Akelarre restaurant in San Sebastian. In 1994, Carles took part in the exhibition “Moll de la fusta” in Barcelona Expo Cultura-94. In 1997, he became a founder and a member of the professional Andorran association of kitchen and pastry.

In 1998, Carles came back to his family’s restaurant “Can Manel” (Andorra la Vella), as the manager and head chef. From 2002 to 2006, he was the president of the Union of Andorran hotels. In 2016 he was hired as a cooking instructor at the private school VATEL for the basic level students. During this time, he had also been participating in all the gastronomic events held in Andorra and is still involved in cooking courses for students.

“Actually, I would say that the Andorran cuisine is very diverse and varied. Our country receives almost 9 million tourists per year and our restaurants must be attractive and consistent. This is possible thanks to our close location to the capitals of France and Spain and the infrastructure, which allow us to receive all the products we need. It is true that our cuisine is very similar to a typical mountain cuisine, but we also have some fish and sea food dishes too. So we have some very good options in general to be able to offer the best food to our customers”, says Carles.

According to Carles, the main difference between the Andorran recipes and recipes of France or Spain is the fact that Andorran dishes have much more calories and tend to have higher volumes of liquid in them. The reason for this can be explained by the fact that in the winter the temperature in Andorra is much colder than in the neighboring countries. So Andorrans traditionally need much more calories to be able to cope with the cold weather.

Speaking of Andorra’s exclusive recipes, Carles mentions “the amanida of xicoies” (a salad leaf that appears in the fields of the high mountain area in the early spring); “the amanida of enciam de Font” (a wild salad, which also appears in the spring near streams in the high mountains); and “arròs of esquirol” (a stew of rice with squirrel meat; although this dish is rarely made now as there is a strict limit on hunting) and “el formatge de tupi” (a creamy cheese, which is keeping in the cellars).

“It seems that the Andorran cuisine is essentially the same as the Pyrenees’s cuisine. It is a cuisine rich in meats such as calves and lambs, in-season fruits and vegetables from the garden, as well as meat from hunting and mountain products: berries, mushrooms, raspberries, chestnuts, snails, nuts, etc … We have books of recipes from our grandmothers and keep saving them for our new generations “, says Carles.

“My upbringing about food gives me the pleasure to cook something with a little variety, always respecting our traditional ingredients, combining sea and mountain food. My vision is also to do my best and cook from the heart!” he summarizes. 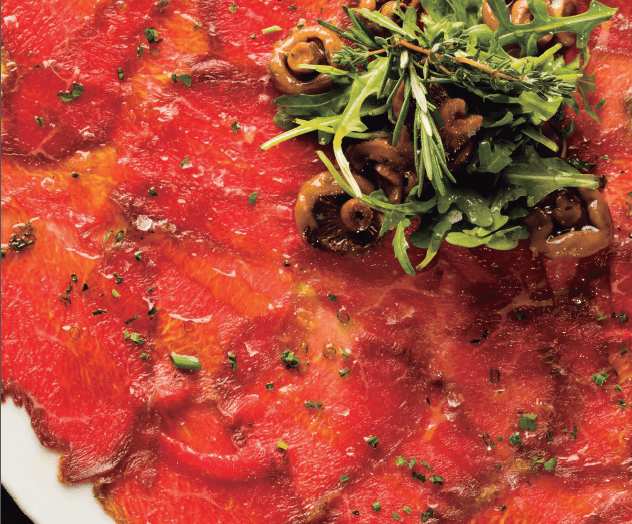 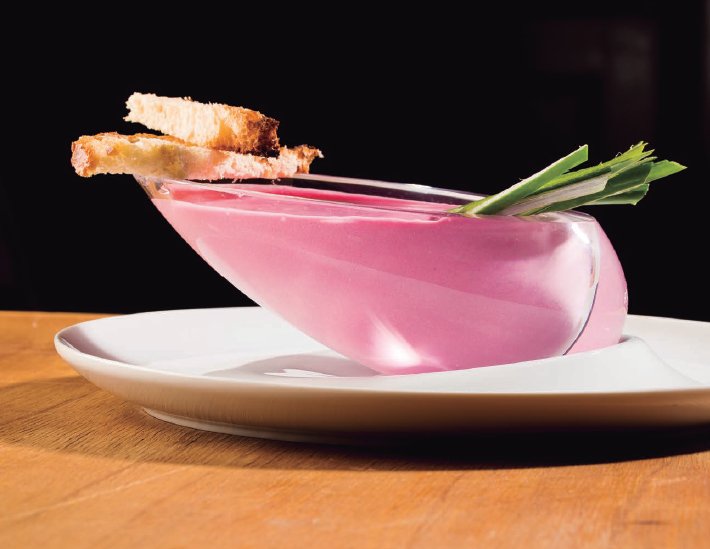 Vichyssoise with beets and leek 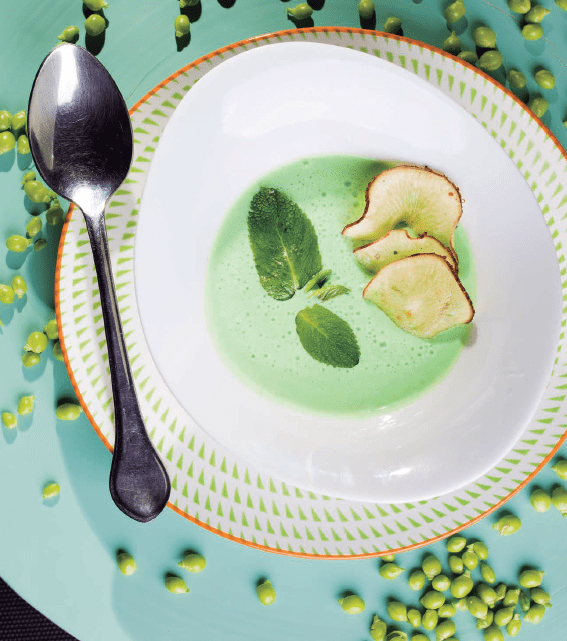 Cream of Green Peas Soup with mint and crunchy yuca 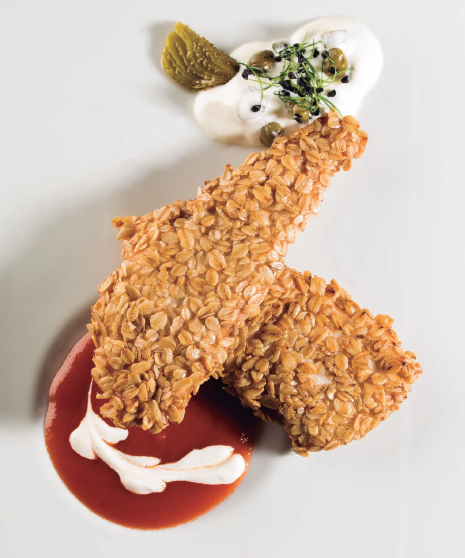 Read more: Dinner ideas of the Pyrenees by Carles Flinch ...