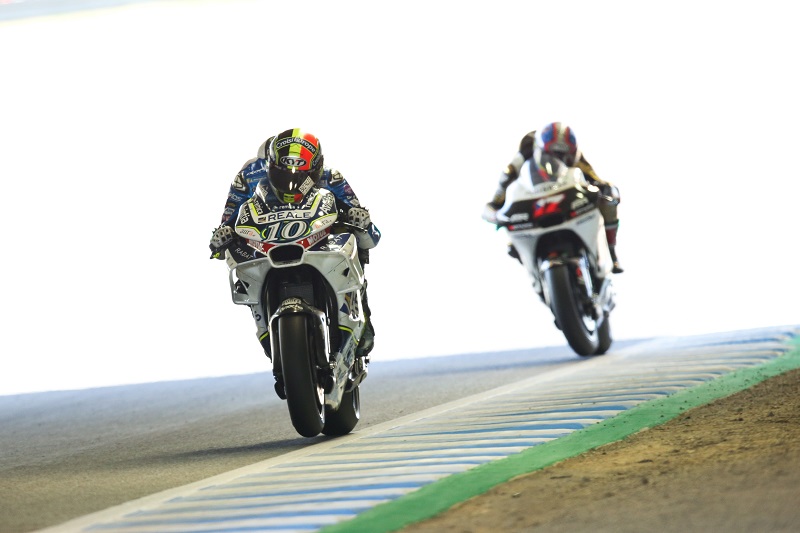 Xavier Simeon will start Sunday’s 24-lap-race from the 22nd place of the grid, while his teammate Jordi Torres qualified in 25th place. Both expected much more from the qualifying session, but both suffered small setbacks with early crashes.

Torres was the first to fall on Saturday morning in FP3 and, although the mechanics did a great job to repair his bike on time, was not able to take advantage of fresh Michelin tyres in qualifying.

Simeon suffered a minor crash in FP4. However, an important piece broke on his Ducati, which prevented him from going to Q1 with the same bike. Although the set-up of the second bike was similar, the Belgian rider didn’t have the same feeling and will therefore start the race from the penultimate row of the grid.

The MotoGP warm-up session is scheduled for 9:40h, while the race will start at 14:00h local time.

“We had a really good pace throughout the weekend so far and we made a step forward for sure. Unfortunately, I was not able to go into qualifying with my first bike. I had a small crash in FP4, in which an important piece broke, and my team did not have enough time repair the bike for qualifying. I felt okay with the second bike, but I didn’t have the same feeling as with the number one bike, because the set-up was slightly different. Nevertheless, I think I can do a good race tomorrow and fight to get my first points in the championship.”

“Today I had a good feeling with the bike. Unfortunately, I trusted the front tyre a little too muuch and crashed ona corner entrance. The team did a fantastic job repairing the bike and I had both bikes ready for FP4. We did several laps with used tyres and we kept the same pace, which is very good. But when we mounted a new rear soft tyre for time-attack, I was not able to use it to my advantage. I still have to learn to brake at the right time, maybe a little earlier, so I can prepare the entrance of the turn better and exit with more throttle.”