Raising funds to fight cancer is a great motivation for holding sporting events, says Mayor of the Catalan city of Tiurana, Angel Vilarte Canes • ALL ANDORRA

In Tiurana, Catalonia, Spain, a race took place in order to raise funds for the fight against cancer in the province of Leida. The event, entitled “El circuit de l’Obaga”, was held in the heart of Noguera and became one of the most important charitable sporting events in the western part of the Catalan Pyrenees. At the end of the race, the Mayor of the city, Angel Vilarte Canes, told all-andorra.com about this project and other events in the city:

“We have been holding competitions for 7 years in a row and have been collaborating with the Oncolliga de Lleida center, which is involved in raising funds for the early diagnosis of cancer diseases and the development of the most effective cancer treatment methods. The goal is to increase the duration and quality of life of people who are suffering from this disease.

Charity is a good motivation for sporting events. It has a psychological impact – not just the running but doing it for a good cause. Every year we collect about 3,000 euros – this, of course, is not so much, but for Tiurana with a population of about 80 people, this is not bad at all.

This year there were two stages of the competition: in Ponts (a city 15 km from Tiurana) and in Tiurana (70km from Andorra). The competition in our city took place on Sunday, May 12th. About 150 people took part in it. Lovers of sports and nature were offered several disciplines: trail (12 km), half marathon, canicross, sports walking and Nordic walking, as well as competition for kids. All the participants were satisfied – the route passed through the most picturesque places with fabulous views of El Pantà de Rialb reservoir.

Participation in the event cost about 20 euros. All participants were offered gifts as well as a picnic in a picturesque place.

This is still the only charity sporting event, but not the only sporting one which takes place in our city. Literally 50m from the city center there is an airfield with a 350m long landing strip. In May, many pilots who own small two-seater airplanes meet and do flight demonstrations.

Our place is popular for lovers of cycling and motorsports.

On the last Sunday of August, we organize a sports trip under the moon. At this time, the moon is full, so it is really very beautiful. We invite everyone to take part in this romantic walk… ”.

The future is for those media forms that are economically more profitable: for digital ones, says David Trueba, Spanish director, writer and journalist

The caganer, although like many other traditions has spread to more places outside Catalonia, is a typical figure of the Catalan Christmas, said Fabiola Sofia Masegosa, professor, translator and writer 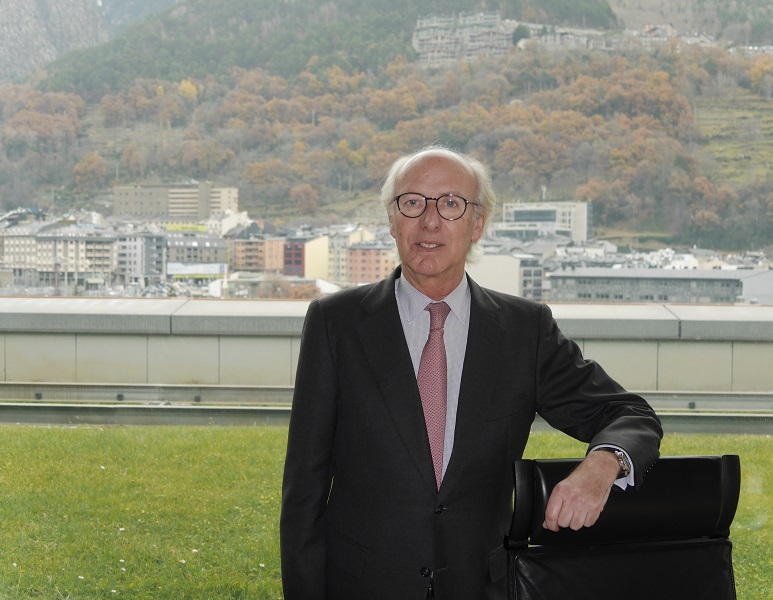 We intend to develop our commercial sector and we will keep issuing mortgages, promises Andbank’s CEO, Manel Cerqueda