Portugal is ready to remove Andorra from the list of tax havens • All PYRENEES · France, Spain, Andorra 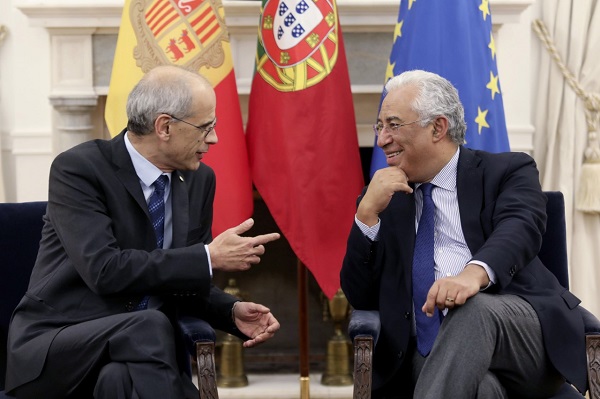 The head of the government of Andorra, Antoni Marti, during his official visit to Portugal, met with the Prime Minister of this country António Costa. The leaders discussed cooperation in the tax sphere, in particular, significant efforts made by Andorra to improve its fiscal system. In this regard, Antonio Costa noted that “the tax authority of Portugal (Autoritat Tributària) has all the necessary base to remove Andorra from the list of tax havens“, reports the government of Andorra.

The Portuguese Prime Minister also noted that countries already had good experience in the field of tax information exchange in the framework of the signing of the relevant agreement, which entered into force on 23d
April 2017.

The leaders also discussed issues of cooperation in the areas of tourism, education and promotion of the Portuguese language in the Principality, as well as political and diplomatic relations between the countries.

Anthony Marti invited Antônio Costa to visit the principality this year, and the Portuguese Prime Minister accepted the invitation.