 Until Tuesday, 7th February at 19h & 20h30 at the Escaldes-Engordany Art Centre, Escaldes-Engordany. (Reservations at the CAEE on 802 25 or at [email protected]) Guided night visits to the Fernand Léger exhibition: A Luminous and Transparent Universe. The painter Fernand Léger created a new, particular and vital language that expresses the modernity of the first half of the 20th century. An exhibition in which you can contemplate the language through which Léger unleashed his revolutionary interpretation of reality through imposing figures and an original conception of colour, detached from form. “We are going, I think, towards a new form of society, a bit risky, a luminous and transparent human society” .

AND NOTE FOR YOUR DIARY:

 Saturday, 28th January at 17h at the Escaldes-Engordany Art Centre, Escaldes-Engordany. (Reservations at the CAEE on 802 25 or at [email protected]) Collage workshop where line, colour and text will play in several layers inspired by the work of Fernand Léger with Yolanda Blanco, artist and art therapist. In cooperation with the exhibition Fernand Léger. A luminous and transparent universe.

 Wednesday, 25th January at 21h at the Teatre de Les Fontetes, La Massana, Ordino. The Mountain Film and Travel Cycle Ordino-La Massana is back! Lives on the road. The Great North American Routes: from US-66 to the ‘Blues Route’. The United States was designed to be travelled by car and that is why, over the decades, some of its roads have become true symbols (not without stereotypes) of American culture and lifestyle. In this narrated and photographic journey we will pass through some of the most emblematic routes of the United States, such as US-66 as it passes through New Mexico and Arizona, or the Blues Route, which accompanies the Mississippi from New Orleans to Memphis.

People who act or intervene: Chris UBACH www.krisubach.photo
There are no English-language films this week but for films in Spanish/Catalan see

 NEW. From Thursday 26th January – Sunday, 23rd April at the MW Electricity Museum, Encamp. (Limited places. Prior reservation required: 376 739 111 or [email protected]) Photography exhibition: “A sustainable view”. What is sustainability for you? How would you capture it in a photograph?

Each person has their own view on sustainability, but we strive to make it a more conscious view and with an intention to improve.

Nature returns its reflection to us depending on how we treat it. Let’s observe it and take care of it to look to the future with hope.

Opening Hours: From Tuesday to Saturday from 9h30 – 13h30 and from 315h – 18h30. Sunday from 10h – 14h.
 Until Friday, 27th January in La Llacuna Cultural Centre, Andorra la Vella. Roser Casanovas: The Water of Life. Roser Casanovas’ paintings are a tribute to the element of Water as a source of life for the existence of nature as well as for human beings.

 Until Saturday, 28th January at the Edifici Sociocultural l’Estudi, Ordino. Rebirth of the Heart by Federico Renalías. Opening Hours: From Monday to Friday from 9h – 20h and Saturdays from 9h – 13h.

 Until Sunday, 29th January 2023 at the Andorran Government Exhibition Hall, Andorra la Vella. Vasarely: From Optic art to Planetary Folklore. The exhibition is made up of 65 works from the Vasarely Foundation in Aix-en-Provence and several private collections in Andorra and France. The exhibition presents the exuberant spirit of Victor Vasarely, French plastic artist of Hungarian origin (Pécs, 1906 – Paris, 1997), considered the father of optical art. The curators of the exhibition, Henry Périer, art critic, and Pierre Vasarely, president of the Vasarely Foundation, bring to light the work of this immense creator, the evolution of his research and the virtuosity of his gesture. Through more than sixty works, various facets of his production are revealed, from the early advertising graphics to the cosmic structures that mark the peak of his kinetic experiments. They all focus on art accessible to everyone and the utopia of an art-infused society. So, throughout the rooms and themes, we will (re)discover a fundamental artist of the 1960s and 1970s,
Opening hours: From Tuesday afternoon to Sunday morning, from
10h – 13h30 and from 15h30 – 20h

 Until Saturday, 4th February at the Massana Municipal Library, La Massana, Ordino. Painting exhibition by Pilar Jaraute. Pilar has been a student of La Capsa since last year, but she has been painting for a few years, mainly due to a chronic illness. She started practicing alone and occasionally went to classes with a teacher, it wasn’t until last year that she signed up for La Capsa to continue learning. She lives in La Massana, and has been in Andorra for more than 40 years. Creative at heart, her technique is acrylic but she also invents and creates from nothing… She paints landscapes, flowers, animals and everything that inspires her and her goal is to practice as much as possible in order to approach Hyperrealism.
In this exhibition we will be able to see mainly landscapes, many of which can be recognised and, as a star work, she presents a triptych made in an old window where, when the shutters are opened, we can admire a mountain landscape.

 Until Wednesday, 8th February, 2023 in the Embassy of Spain in Andorra. Exhibition of photographs “Traces” by Joan Ganyet. A graduate of the Escola Técnica Superior d’Arquitectura de Barcelona, Ganyet has also been a deputy, senator, mayor of the Seu d’Urgell and general director of the Urban Landscape of the Generalitat. He is a member of the Royal Academy of Fine Arts of Sant Jordi and has exhibited his works in different cities of Catalonia and the rest of Spain, as well as in the Principality of Andorra, and has developed an artistic activity that has as a common denominator sensitivity, taste and detail.

According to Joan Ganyet, the photographs of “Traces” are “the memory and the skin of the walls of several historic cities of the Mediterranean Sea” such as Athens, Rome, Tarragona or Venice, obtained between the years 2009 and 2019. “Traces” is an exciting tribute to these Mediterranean cities, with compositions that highlight their beauty and elegance in a genuine and personal way. It is, in addition, an exhibition of colour, shape and plastic which the artistic creation and sensibility of its author transport us, through an exercise of observation, to reflect on our cities.
Opening hours: from Monday to Friday, from 10h – 13h and from
16h – 19h. Saturdays, from 10h – 13h. Sundays, closed.

 Until Saturday, 18th February, 2023. At the Centre d’Art d’Escaldes-Engordany, Escaldes-Engordany. Exhibition “Fernand Léger. A bright and transparent universe” The painter Fernand Léger created a new, particular and vitalist language that expresses the modernity of the first half of the 20th century. An exhibition in which you can contemplate the language through which Léger unleashed his revolutionary interpretation of reality through imposing figures and an original conception of colour detached from form.
” Let’s go, I think, to a new form of society, a bit risky, a luminous and transparent human society .”
Activities around the exhibition: (See ART above for workshops and guided night tours.)

 Until Saturday, 30th September, 2023 at the Bike Lab Andorra • Andorra Bicycle Museum, Andorra la Vella. The woman and the bicycle’ Temporary exhibition of the Bici Lab Andorra museum. The temporary exhibition with which the museum opens, The woman and the bicycle’ explains how this invention was a symbol and also a battlefield to fight first for female emancipation and, nowadays, towards equality between women and men. Thirteen stories of women cyclists from all time illustrate small big moments of women’s relationship with two wheels from the end of the 19th century to the present day. And from using the bike as a tool to escape the control of husbands and fathers, to fight for equality in professional cycling.

 Tuesday, 24th January at 19h at the Escaldes-Engordany Art
Centre, Escaldes-Engordany. (Reservations at the CAEE on 802 25 or at [email protected]) A talk “From Arthur to Fernand” by Dúnia Ambatlle a literature teacher. Another way to understand the Fernand Léger exhibition, Illuminations. Writing with a brush, drawing the words…’

 Thursday, 26th January at 19h at the Official College of Architects of Andorra, Andorra la Vella.”Evolution of the uses of water resources and possible tensions under climate change scenarios in Andorra” Water resources have a fundamental value both for ecosystems and for society. However, changes in climate, population, consumption patterns, land use and urbanization are affecting its quality and future availability. In Andorra, the confluence of climate change, the energy transition and a socio-economic model intensive in the use of water, could threaten the future sustainability of water resources.

The conference, based on the results obtained during the European PIRAGUA project, analyses Andorra’s water resources through an integrated approach that combines hydrological modelling and water resource management. Starting from different climatic and socio-economic scenarios, the results obtained make it possible to have an estimate of the future evolution of water resources in Andorra, as well as the potential of different adaptation strategies to climate change.

 Sunday, January 22nd at 13h at the Plaça Sant Miquel, Encamp. Escudella of Sant Antoni. The Escudella of Sant Antoni and the Encants are back! Starting at 13h with the Encants when cakes, buns, sausages, pig’s feet etc are auctioned off at very high prices, (maybe 100€ for a couple of sausages,) all to raise money for charity. Followed at 13h30 with the traditional l’escudella.

The commemorative plates of this year’s escudella can be purchased at the Tourist offices or La Valireta for 8€. They can also be bought on the day of the escudella.

The escudella de Sant Antoni began to be celebrated in 1987, when a group of volunteers from the town (many of them members of the former Unió Profoment i Turisme) cooked the first escudella in Plaça del Consell.
The escudella has remained an uninterrupted tradition to this day. The festival is currently organized by the Department of Culture with the help of the older women and the youth of the parish and is held in Plaça Sant Miquel in Encamp and in Plaça de l’Església in Pas de la Casa.

The little ones will participate in the activity through some educational cards about the character Pocoyo. While the older ones will work on concepts related to children’s rights and finally create a mural.

NOTE FOR YOUR DIARY 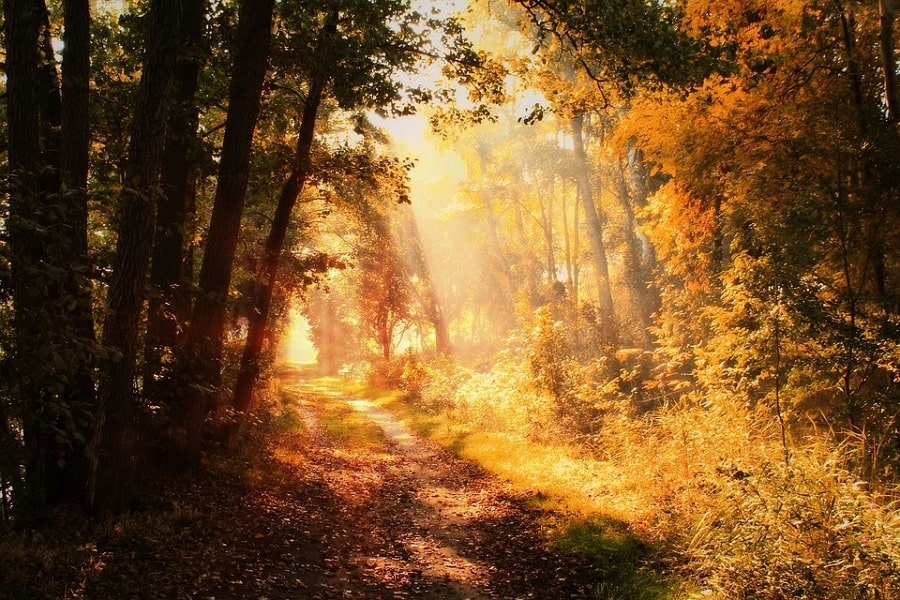