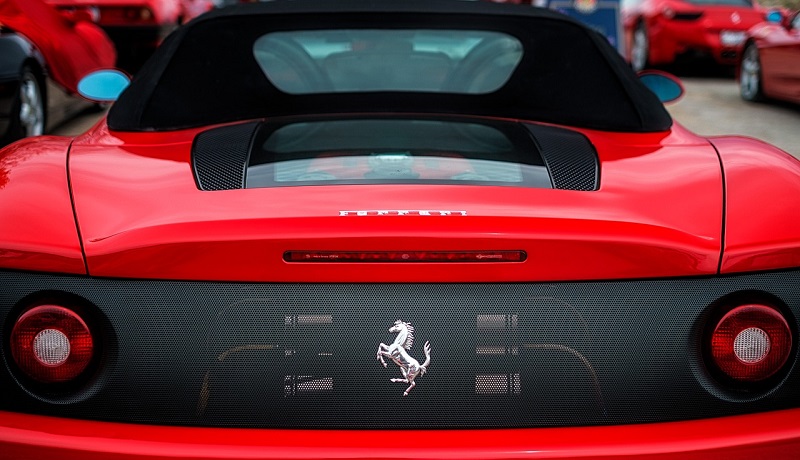 Thursday, 21st November at 20h at Cinemes Ille Carlemany, Escaldes-Engordany. Streamed direct: Spirits In The Forest with Depeche Mode. One of the most successful global rock bands of the last three decades, British alt rockers Depeche Mode, today announced the release of a new, feature-length, documentary and concert film: Spirits In The Forest. The film will be shown in cinemas worldwide for a one-night event on November 21st in more than 2,400 cinemas and in over 70 countries around the world.

Directed by award-winning filmmaker and long-time artistic collaborator, Anton Corbijn, the release follows the band’s 2017/2018 Global Spirit Tour, which saw them play to over 3 million fans at115 shows around the globe. Since their inception in 1981, Depeche Mode: David Gahan, Martin Gore and Andrew Fletcher have achieved worldwide charttopping success. Their biggest selling album in the States was the 1993 Songs of Faith and Devotion, which went all the way to number one on the Billboard charts.

THE FILM: Diving into the deeply emotional stories of six special Depeche Mode fans, Spirits in the Forest weaves
together exhilarating musical performances filmed at the final shows of the tour at Berlin’s famed Waldbühne (“Forest Stage”) with intimate documentary footage filmed in the fans’ hometowns across the globe. It
shows not only how and why the band’s popularity and relevance has continued to grow over the course of their career, but provides a unique look into music’s incredible power to build communities, enable people
to overcome adversity, and create connections across the boundaries of language, location, gender, and age.

10h Welcome and prayer at the Claror Auditorium of the Lauredià Cultural and Conference Centre.

14h Concert at the Sports Centre.

16h. Departure and departure of buses.

10h Welcome and breakfast in the Plaça de la Germandat.

10.30h Welcome and prayer at the Claror Auditorium of the Lauredià Cultural and Conference Centre.

19.30h Mass at the church of Sant Julià with Vocal Groove.

Saturday, 23rd November at 17h in the Church of Sant Serni, Canillo. (Ticket 5€, partners, admission free.) Cosmos Quartet, part of the Romance Chamber series. The Cosmos Quartet was born in 2014 from the friendship and complicity between four musicians with the objective of discovering and deepening their knowledge of the
extensive and fascinating repertoire that exists for string quartets.

In spite of its youth, the Cosmos Quartet has gained wide recognition and won the 1st prize in the Irene Steels-Wilsing Foundation Competition, 2018 in Heidelberg, the 1st prize at the 13th BBVA Music Prize of Montserrat Alavedra, year 2018 in Terrassa, and the 3rd prize in the Carl Nielsen International Chamber Music Competition 2015 competition in Copenhagen. The group has been invited to participate in numerous festivals and concert halls
throughout Europe.

Their next commitments include their debut at the Palau de la Música in Barcelona, the Torroella de Montgrí festival and the Pablo Casals festival. On the occasion of the concert at the Romance Chamber, Andorra, they will play the Quartet D87 of Schubert, the quintet number 1 “Metamorfosis Nocturnes by Ligeti
and finally the Beethoven opus quartet 132, a repertoire that will leave no one indifferent.

Saturday, 23rd November, 21.30h at Anyós Park, La Massana. Vibrand concert in Clau de Soul (in the Key of Soul) The best suggestion for Saturday evening! If you like live music while enjoying the gastronomy of the country, we are waiting for you at Anyós Park!

A concert of soul, funky, R & B, jazz, reggae, bag …, a trip that is born of soul and goes through different musical styles to enjoy the songs that you like the most by artists such as Sting, Jamiroquai, Amy Winehouse, Stevie Wonder, James Brown and Bruno Mars among many others.

Saturday, 23rd November at 23h in the Prat del Roure, EscaldesEngordany. (Ticket: 7€. Free admission for members.) An Evening of ballroom dancing organized by the Balland Association, with live music from the group Cafè Trio. The activity is open to all.

Based on an incredible true story. Directed by James Mangold

Starring: Roberta Sparta, Caitriona Balfe, Christian Bale. The Story: American automotive designer, Carroll Shelby and fearless British driver, Ken Miles, battle corporate interference, the laws of physics and their own personal demons to build a revolutionary vehicle for the Ford Motor Co. Together, they plan to compete against the cars
of Enzo Ferrari at the 1966 Le Mans 24 Hour race in France.

Saturday 23rd, November at 10.30h at the Escaldes-Engordany Art Centre. (For children aged from 6 to 11. It is recommended to wear a coverall or old clothes. Pre-book reservations at: Tel 802 255 or [email protected])

ART SATURDAY: Ancient Greece: A history of the Greeks. We are heirs of the ancient Greeks, who created an
alphabet that is still used today. They taught us to transport food in decorated clay amphorae and used small fragments of coloured stones to decorate floors and walls. From these references we share with the children what we have learnt from the ancient Greeks.

Synopsis: Five friends and everyone seems to be waiting for something outside the window: the moon, wind, snow, or anything special …

Waiting is part of childhood: wait for your turn, wait to grow, wait for something special to happen …In this session, it will be the child who will observe how the characters wait and see the enthusiasm of each one of them when what they hope for happens and how they react when something unexpected happens.

Storytelling session for children: “Stories recycled” A story session on reuse, recycling and sustainability, where we will discover what is selective collection and beat the wicked witch Ción who spoils and pollutes everything!

Tuesday, 19th November from 19.30h – 20.30h at the EscaldesEngordany Art Centre. (Starting from age 16. Limited places, Prebook at: +376 802 255 or [email protected]) El Clau (The key) Art notes, 5th edition. La Clau is an introduction to art designed for nonexperts, in which we intend to share the fundamental aspects of art from an academic point of view and from experience. A key to the door of art that can open new spaces for knowledge and enjoyment. Children of our time: the cinema of modernity. Part Two. Teaching staff : Aurora Baena Garròs, Ruth Casabella Vehículos and Carles Sánchez Rodríguez

Wednesday, 20th November from 20h – 21.30h in the National Library of Andorra, Andorra la Vella. Music as experienced around 1419 (the year when one of the oldest parliaments in the world, Andorra’s Consell de la Terra, was founded.) A lecture given by Laura de Castellet, a soprano, a graduate in fine arts and with a Master’s Degree in Medieval Cultures, also a specialist in music and medieval instruments that were used to interpret music at the end of the 14th century and beginning of the 15th century. She will show us instruments that could have been used at that time. Also present will be the president of the Andorran Science Society, Àngels Mach

Space for 70 bikes. The registration fee will go entirely to AAMA. If you only want the T-shirt it costs 5€) Masterclass Indoor Cycling Solidarity class in support of the Andorran Association for Alzheimer’s Disease ( AAMA ). From 9h – 9:30h we will hand out Tshirts. Classes will begin at 10h and there will be three consecutive classes of one hour each.
Instructed by Àngel Gomez, member of the official team of Bestcycling and the Indoor Cycling instructors at the Serradells Sports Center.

Saturday, 23rd November from 10h – 14h in the Plaça dels Arínsols, Encamp. Encamp Saturday market. The Encamp Entrepreneurs Association (AEE) recommences their traditional market as a showcase for trade in the parish. This initiative, which was launched in 2014 with the collaboration of the Comú d’Encamp, has had numerous auxiliary activities such as botifarrades (sausage barbeques) children’s face painting, magic, musical performances or
batucades (drum bands).