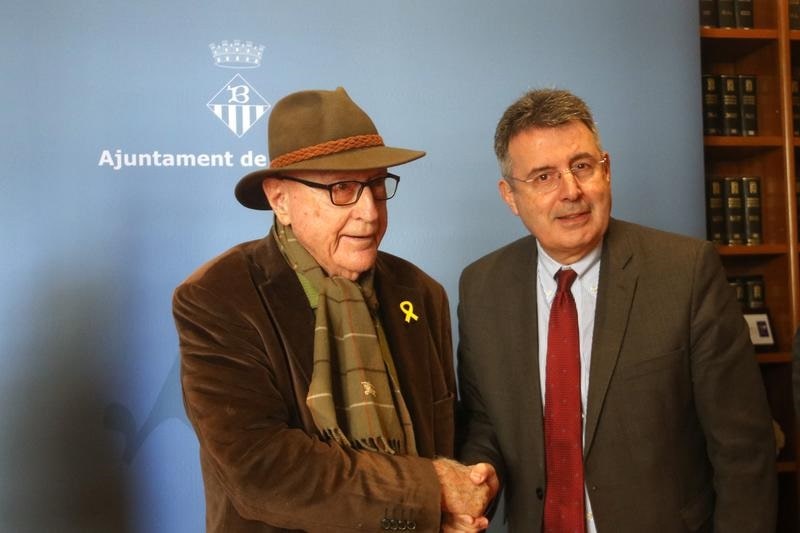 The Gimferrer family has donated a collection of 131 works of art to the council of Banyoles, in northern Catalonia, which includes originals from iconic artists such as Pablo Picasso, Salvador Dalí, and Joan Miró.

The Banyoles town council and the Gimferrer family have signed an agreement that will see the town exhibit the pieces in Can Tarradas, a location that will be turned into an art space.

Among the pieces is the first work that Picasso did in Els Quatre Gats, as well as originals from Dalí from 1927, Joan Miró, Antoni Tàpies, Rembrandt, and Francisco Goya.

It also features a representation of African and Asian artworks and pieces by romantic-era artists such as Modest Urgell and Marià Fortuny, modernists such as Aristides Maillol and Ramon Casas, and Noucentists like Joaquim Sunyer, among others.

Jordi Gimferrer’s personal collection, driven by his love of art, is considered one of the most important private art collections in the country and, although the owner’s initial intention was to donate it to a national museum institution, it will ultimately stay in Banyoles.

The local council will adapt Can Tarradas as an exhibition space and open it to the public in three years, with the aim of turning Banyoles into a benchmark in the world of art.

Among the collection of artworks from around the world is a Roman Head from the year 181 AD from the time of Emperor Marcus Aurelius, one of nine in the world and one of the only two in private hands.

“I have received many proposals for a lot of money and I have never wanted to sell it. Now I have the immense happiness of giving it to Banyoles,” Gimferrer said during the donation ceremony.

The mayor of Banyoles, Miquel Noguer, pointed out the significance of the donation and was adamant that it will mark a “before and after” in the town.