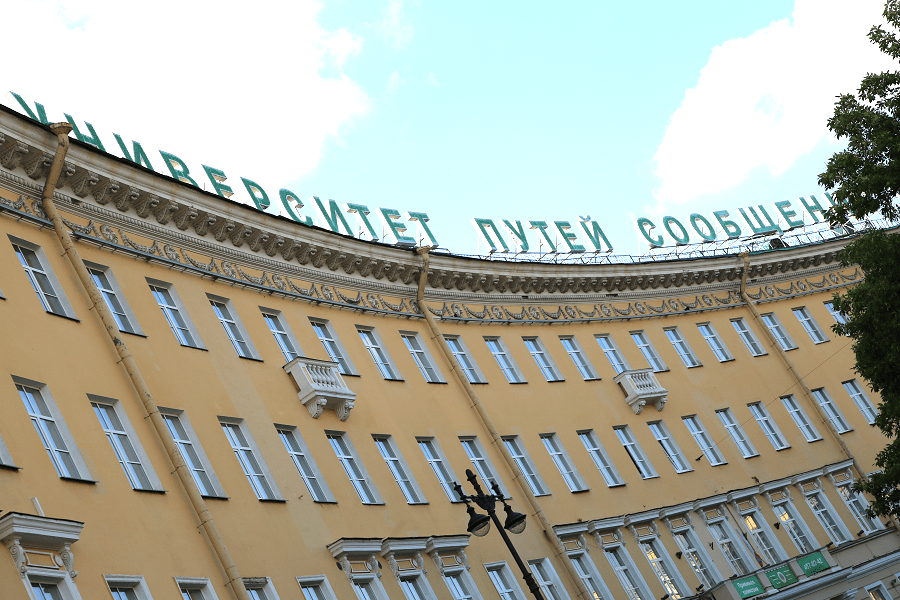 Petersburg State University of Communications of Emperor Alexander I (abbreviated as PGUPS) is a federal state budgetary educational institution of higher education in St. Peterburg.

The main building is located at the address: Moskovsky Prospekt, 9, or Fontanka, 113, near Obukhovsky Bridge.

One of the first higher technical educational institutions in Russia. Founded in 1809.

The first rector (inspector) of the Institute of the Corps of Railway Engineers was Augustin Augustinovich Betancourt (1758-1824), a Spaniard by birth, a world-famous scientist, an outstanding mechanical engineer, builder and teacher. He received an excellent education at the Royal School and the Academy of Fine Arts in Madrid, Spain.

There is also a geological and geodetic base.