According to new legislation of Andorra, penalties for money laundering will reach 1 mln euros • All PYRENEES · France, Spain, Andorra 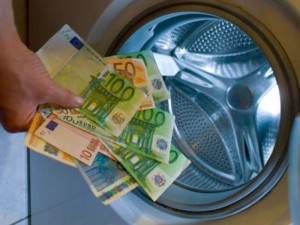 According to new legislation of Andorra, penalties for money laundering will reach 1 mln euros. The council of ministers of Andorra agreed to make changes in the Criminal Code of Andorra. They have to be approved by parliament of the principality until the end of June, 2015.

Changes will concern article 409 CC regarding interpretation of the crimes which are the cornerstone of money laundering, and also the standards of “financial smuggling”. As the Minister of Finance of Andorra Jordi Cinca specified, it is about the list of 21 crimes, each of which gets under these definitions.

Changes will also be made in the law on the international cooperation on investigation of financial crimes — they will concern definition and classification of serious and very serious crimes, and also questions of the international legal interaction.

As for the question of possible sanctions, according to the offered amendments, they can can reach 1 mln euros.

The general sense of amendments — to increase possibilities of the government of Andorra in the area of supervision of financial market of the country. According to the Minister of Finance, all changes in the legislation of the principality were planned long time ago, but now process was reproached in connection with the situation with Banca Privada d’Andorra.