The Parliament of Andorra intends to consider the bill on casino in the Principality • All PYRENEES · France, Spain, Andorra 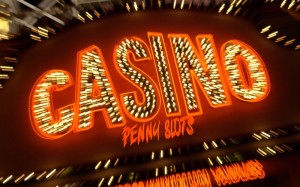 In the near future the Parliament of Andorra will consider the bill on casino on the territory of the Principality. In case  the bill is adopted, (the chances are assessed fairly high) – Andorra will open the door to the gambling activities.

Supporters of the bill are affirming, that gambling industry will attract more tourists to Andorra, that promises additional benefits to the Principality.

Alongside with that, the necessity to pay special attention to the issues of public security and anti-money laundering measures are being discussed. The bill also focuses on the liability standard with respect to minors and mentally unstable people.

The President of Trade Association of Andorra Susan Venables shares the opinion that the casino will assure additional flow  of middle and upper-middle class tourists. “We have to move forward, and if there are any problems, we solve them in timely manner,” she said.

Among the challenges of casino industry, Susan Venables named the prevention of addictive behavior, as well as problems associated with the so-called infrastructure of night life servicing. “For some people, casino is associated with prostitution and the availability of drugs. We will attempt to ruin these stereotypes, demonstrating the sample of elegance and true taste to the visitors of casino. First of all, there should be implement smoking ban in casino, so that all visitors could feel comfortable, and additional security and control of behavior in public places measures,” added the President of Trade Association of Andorra.

The President of the Association of Small and Medium Enterprises of Andorra Marc Nathan also voices his support for gambling law, provided that the mechanisms of undesirable effects prevention will be clearly spelled out in the law. “This is a substantial motivation to attract additional number of visitors to the country with a developed tourism industry,” he said. The Сhairman of  Entrepreneurs Confederation of Andorra Xavier Altimir, is at one with Marc Nathan, – “The new law will push the door of hospitable Andorra open” – he said.

The Leader of the Social Democratic Party, David Rios decided to withhold the comments until the bill is promulgated. “We will announce our consolidated position only after the official familiarization with the document,” he concluded. The Director of  Hotel Union of Andorra Oscar Julian, suspended his judgment as well, although the bill provides a number of tax benefits, which will depend on the number of hotel guests.

It is essential, the citizens of Andorra may become co-owners of casino –up to 10% of the shares will be set for free float, as stipulated in the bill. Thus, the inhabitants of the Principality could be directly involved into development of the attractive project.