The Palace of the Marquis of Santa Cruz - the headquarters of the General Archive of the Spanish Navy • All PYRENEES · France, Spain, Andorra 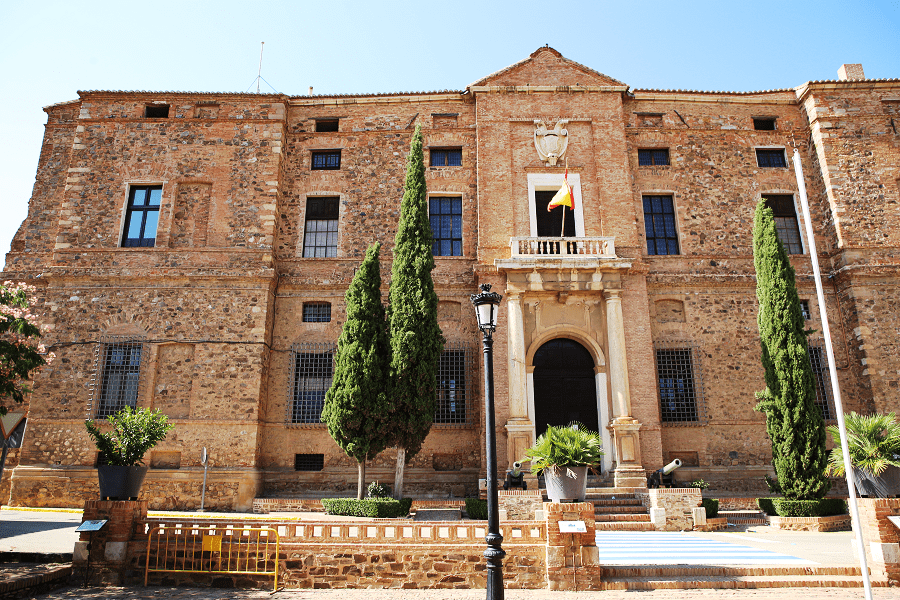 The Palacio del Marqués de Santa Cruz is a building located in the municipality of Viso del Marqués (Ciudad Real province), in the Autonomous Community of Castilla-La Mancha, in Spain. It was built at the end of the 16th century by Álvaro de Bazán, first Marquis of Santa Cruz de Mudela. It is currently the headquarters of the General Archive of the Navy. 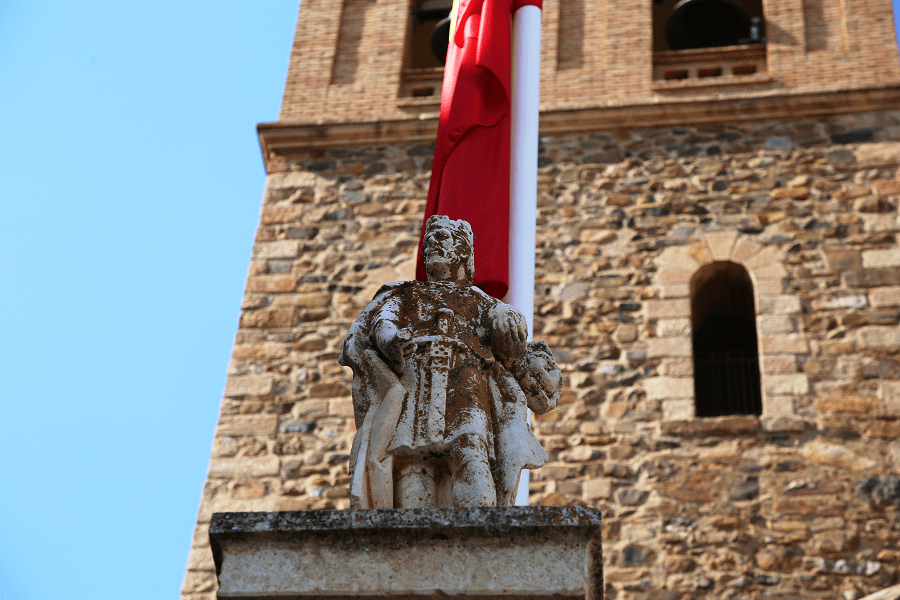 It is one of the two palaces built by the sailor Álvaro de Bazán, knight of the Order of Santiago, captain of the Ocean Sea and admiral of the Spanish Navy. 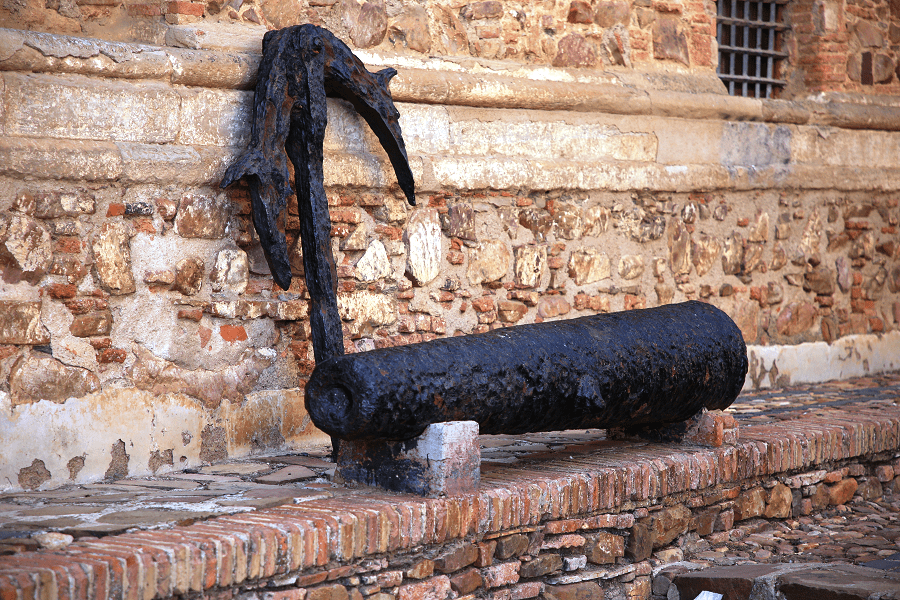 It is located next to the church of Nuestra Señora de la Asunción, and since 1948 it has been rented by its owners, the Marquis of Santa Cruz, to the Spanish Armada, who first assigned it to the Museum of the Spanish Navy and later it expanded its functions by also establishing the General Archive of the Navy. 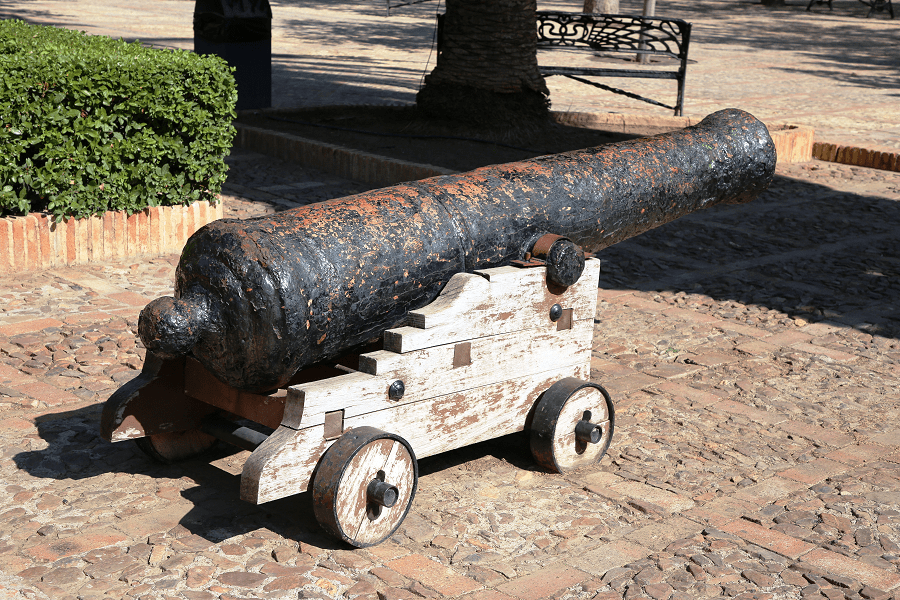 The building was frequented by the first Marquis thanks to its location, halfway between Madrid, where the Court was, and Seville, to whose port he often went to keep the Spanish Armada anchored there, of which he was admiral during the reign of Philip II. 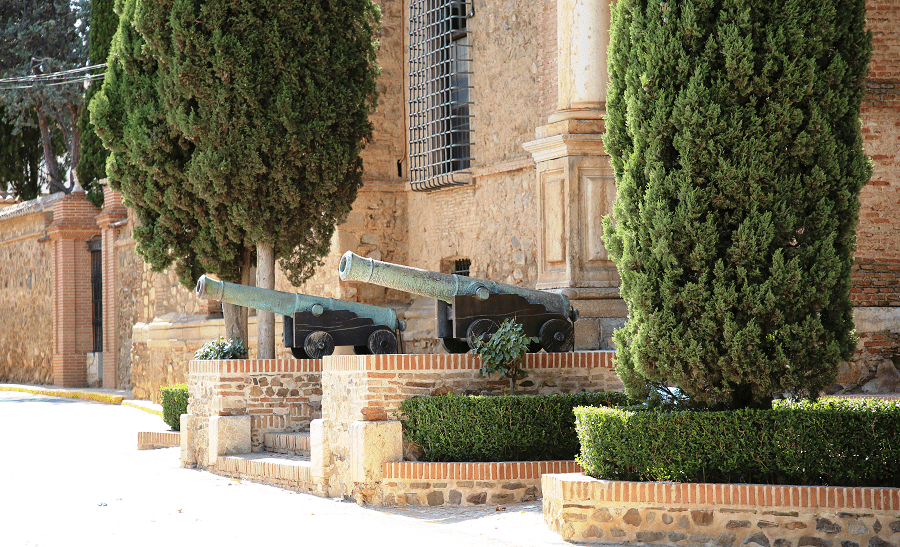 It was built between 1564 and 1586 with later modifications, and it is a square building in Renaissance style articulated around a Renaissance atrium with a recumbent tomb. 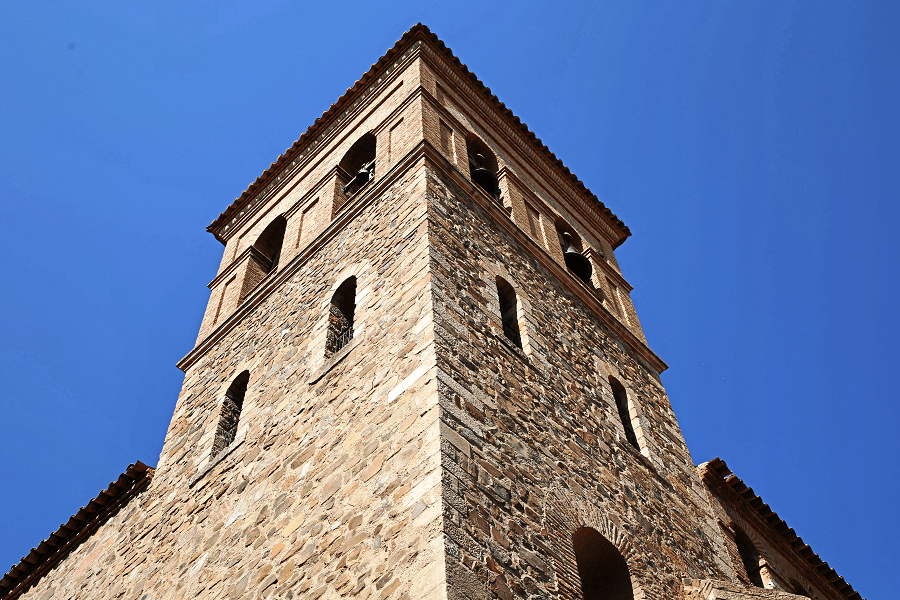 The walls and ceilings are covered with frescoes with a double theme: on the one hand, mythological scenes and, on the other, naval battles and Italian cities related to the military trajectory of the marquis and his family. The frescoes are due to Italian mannerist painters, the Péroli. 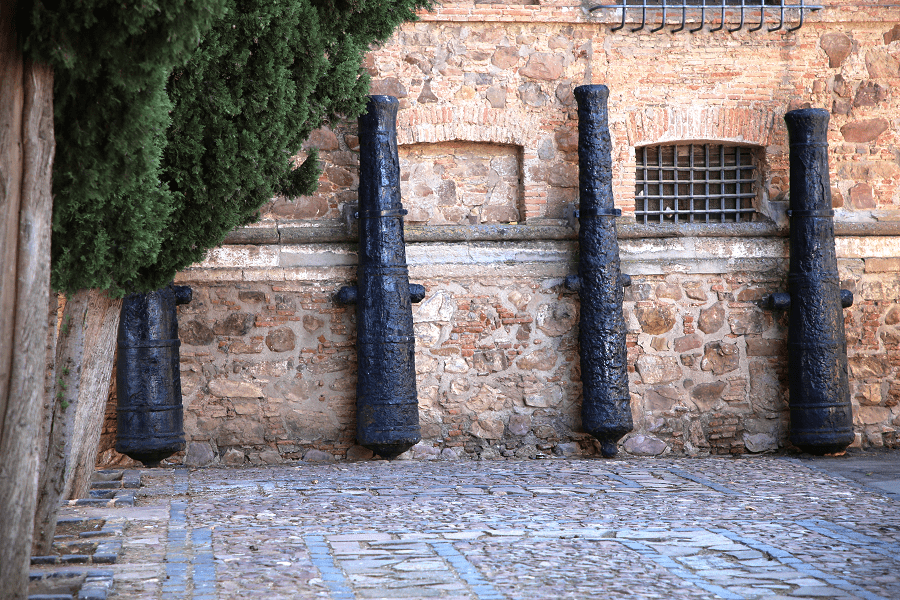 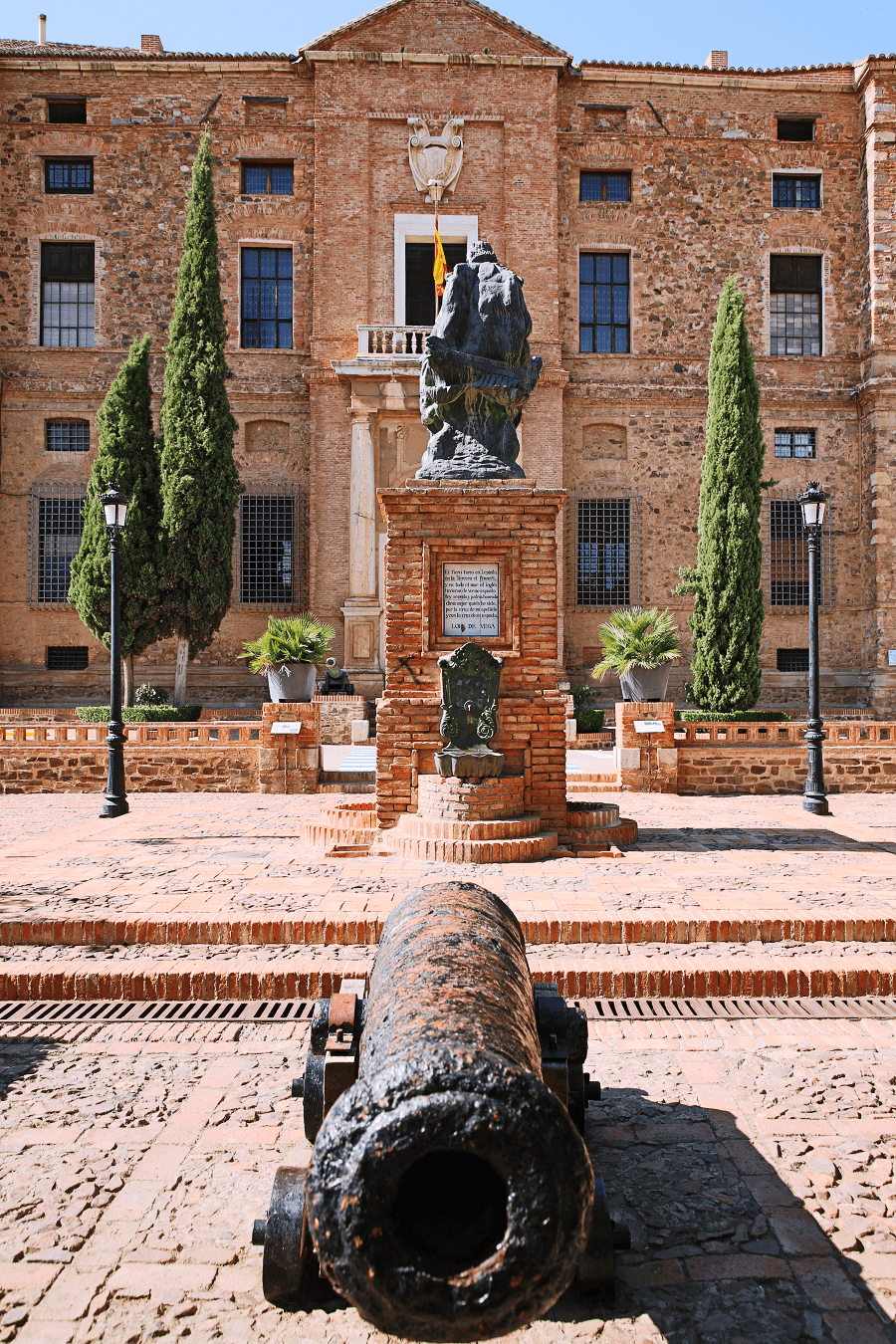 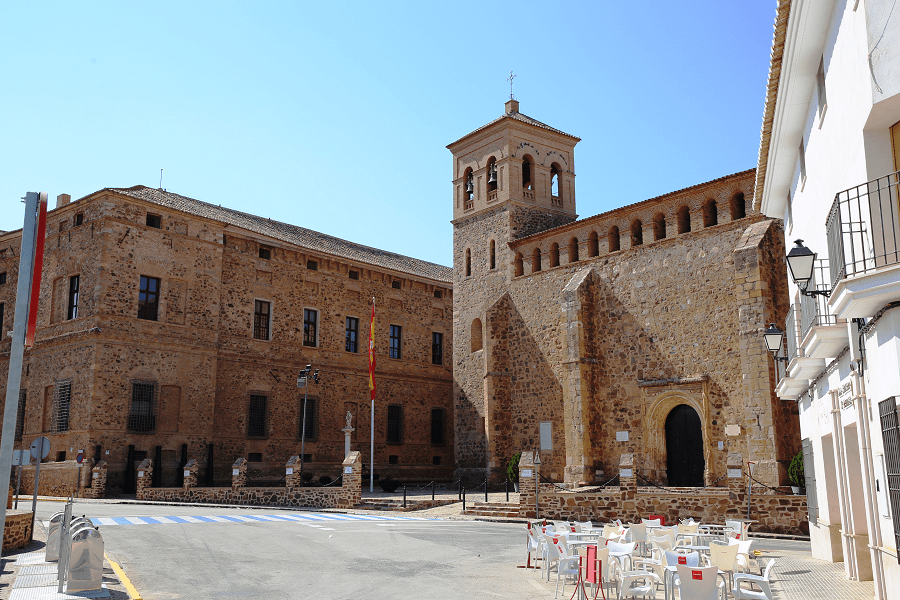 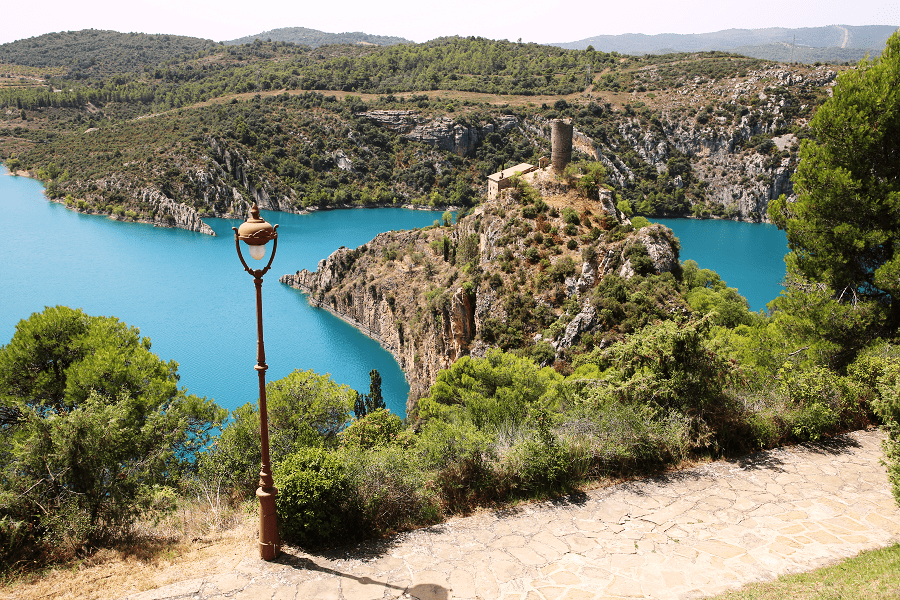 Aragon – an autonomous community in Spain