Over the past 27 years, we have managed to collect more than half a million euros - all funds were spent on local charity projects in Andorra, - says the president of the International Club of Andorra, Simon Binsted • All PYRENEES · France, Spain, Andorra 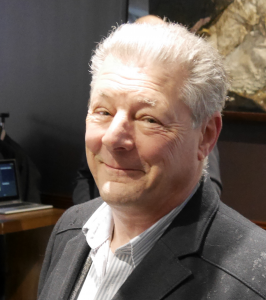 The president of the International Club of Andorra, Simon Binsted, told all-andorra.com about people’s business preferences in Andorra, as well as the social and cultural life of the British community (about 4000 residents) living here in the country:

The new law on foreign investment, which has allowed foreigners to open their own business in Andorra, has become a kind of revolution, so now the situation has changed radically.

However, despite the new law on foreign investment, the British prefer not to invest a lot of money in Andorra. Up to 90% of businesses in Andorra with British capital are in the industry of virtual services, including Internet design, website development and SEO.

Andorra is a tourist country, and about 85% of business here is related exclusively to tourism: restaurants, hotels, shops. However, this is not the sector in which the British prefer to invest their money. Most Brits who come here do not speak Catalan, Spanish or French (the most popular languages in Andorra). To work in the tourism sector and deal with clients, they would need to hire local managers, which greatly increases the amount of investment. I only know one example which involves a British business in the hotel sector. There are other private restaurants, bars or cafes, but very few of them stay open for a long time.

Another business line with the presence of British capital is the real estate market. Here, too, I can cite a single example – an agency that the British have been running since 1997 (this was the first real estate agency that worked with English-speaking clients in Andorra).

One of the features of the Andorran real estate market is the huge number of empty buildings. Until 2014, Andorran residents did not like to invest in foreign projects, because they did not like the idea of ​​paying big taxes. The only way to save on taxes when buying real estate is to invest in the real estate of Andorra itself. However, most of the sites remain abandoned for the reason that new owners do not want to continue investing in them. This explains the presence of so much vacant real estate in Andorra.

Another feature of the Andorran real estate market is that there are so many so-called family properties here, and families are reluctant to sell them.

Most Brits living in Andorra hold the status of passive residents or residents without the right to work. However, regardless of their social status or age, the British in Andorra represent a very friendly community.

A distinctive feature of the British is the love of volunteerism and charity events. This is our nature, our tradition, this is part of our culture. Over the past 27 years, we have managed to collect more than half a million euros. All funds were spent on local charity projects here in Andorra.

We are always glad to welcome new members of the club and all those who are united by a love of English and English traditions.

To become a member of the club, you only need to pay 20 euros per year (25 euros from next year).