This year is the first one in which we gained a top position in the Total Fight Masters of Freestyle snowboard competitions, said Marc Bajona Carrera, Head of Rider's Organisation • All PYRENEES · France, Spain, Andorra 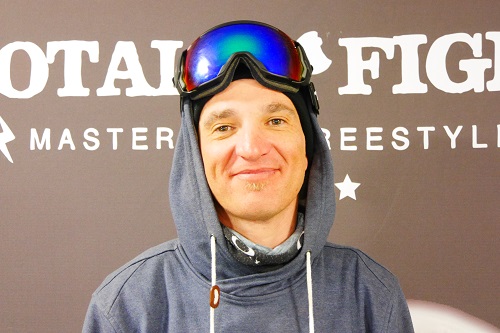 Marc Bajona Carrera, Head of Rider’s Organisation, tells All Andorra about the results of the Total Fight Masters of freestyle 2016 in Andorra:

“Total Fight Masters of Freestyle began approximately 12 years ago. It is not a FIS competition, so skiers as well as snowboarders can compete. When we began we were one of the first hosts of a freestyle competition in Europe. It’s a very unique contest.

Andorra hosts a lot of freestyle competitions. At the beginning we started by having some national competitions, but now they have grown, and Total Fight was one which grew to an international level.

It’s quite important to add, that we are part of the World Snowboard Tour, which has grown into the strongest international snowboarding tour representing the most important snowboard events in Europe, North and South America, Asia and Oceania. We started with 3 stars (the number of stars depends on the athletes’ qualifications), but now we are in a leading position (with 6 stars). We are very proud of what we have achieved, but the problem is that our budget is restricting us. As you can imagine, it takes a lot to organise this kind of event. International events such as these generally cost around 2 million euros. For us it’s like two hundred and fifty thousand euros.

This year is the first year in which we gained a top position in the snowboard competitions. It means we can attract the best riders from all over the world. There are a lot of categories – slope style, half pipe, big air for men and for women… We only have a slope style for men and this year we had to limit the number of competitors to only 40 snowboarders. We have a lot of guys from the US, Canada, Austria, Finland, Norway and France.

In free skiing we have only reached gold level – one step below the top level. But I would say it’s almost the same because we also had the best free skiers from all over the world. The number of competitors was similar – 40 skiers.