On December 3, 2015 the bill of decrease of terms of residence in Andorra for obtaining nationality will be considered by parliament, comments the general adviser of SDP (mixed parliamentary group) Victor Naudi Zamora • All PYRENEES · France, Spain, Andorra 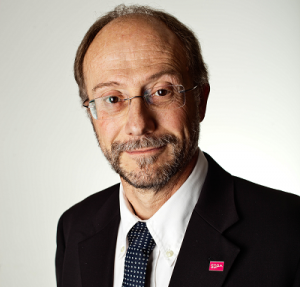 “The bill will concern all who constantly lives in Andorra not less than 10 years. Our parliamentary initiative is explained by the corresponding recommendations which were made by the Council of Europe – the international organization promoting cooperation between all countries of Europe in human rights, democratic development and cultural interaction. In the countries of the European Union foreign residents can obtain citizenship after being residents of the country not less than five years (for example, in France and Spain).

New bill doesn’t concern passive residents who don’t live in Andorra constantly. The law concerns only active residents living in the principality not less than 186 days per year.

Today it is necessary to live in the principality not less than 20 years to obtain citizenship. We consider this term too long. I think, that the people integrated into the society and business of our country who wish to obtain citizenship must have such opportunity at least after ten years of the residence.

The same concerns children of foreign residents who study in Andorra. Now they submit to the same rules as adults – for obtaining nationality of Andorra they have to live in Andorra not less than 20 years)

There is one more important aspect. According to recommendations of the Council of Europe, all foreign residents living in Andorra constantly not less than five years have to have opportunity to participate in elections at the municipal level (we talk about elections of heads of administrations – 7 Comu of the principality). In the European Union countries foreign residents acquire such right after five years of continuous residence. In Andorra it is impossible to change this rule directly without changing of the Constitution of the principality. At the same time, we can avoid it if we make the compromise solution, having reduced term for obtaining nationality from 20 to 10 years. In this case foreign residents, having become citizens of Andorra, will be able to participate in elections not only on municipal, but also at the federal level.

Now the bill is introduced in the parliament. On December 3 it will be considered, perhaps, amendments will be made. At the beginning of the next year the vote will take place.

As for chances for success, the bill will be hardly adopted. The matter is that the parliamentary majority is a democratic party of Andorra and party of liberals of Andorra – don’t support the bill. Both parties are against our initiative for many years. Perhaps, this time we will manage to reach compromise, for example, having reduced accommodation term not to 10, but to 15 years. But precisely it is difficult to predict. The Social Democratic Party of Andorra takes 3 places in parliament, the union of Social Democratic Party and Progress – 2 places, Democratic party of Andorra (DA, party of the government of Andorra) – 15 places and Liberal Party (LPA) – 8 places.

Some words about the procedure of obtaining of nationality. It is quite simple. It is necessary to pass an examination in history and geography of Andorra, to answer questions of modern political system and to show some general knowledge. The decision is made by jury in each case. Examination needs to be passed in Catalan language but if the applicant is middle age, the jury is more favorable. That is why there are no changes in new bill concerning this procedure.”