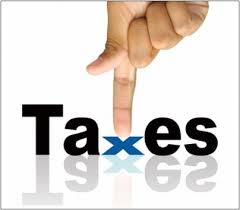 On December 12 Andorra and Spain initialed the agreement on double taxation exemption (CDI). It will be signed next month in the course of the visit of Spanish Prime Minister Mariano Rajoy to the Principality. The exact date of the visit hasn’t been determined yet, but it is supposed that the visit will take place within two first weeks of January.

The Prime Minister of Andorra Antoni Marti stayed satisfied with the terms of the agreement preparation. He also assumed that signing analogue agreement with neighbor Portugal wasn’t a long-term perspective. Within the bounds of Ibero-American summit, that took place in the end of November 2014 in Dakar (Senegal), Antoni Marti had a meeting with his colleague, the Prime Minister of Portugal Pedro Passos Coelho, who expressed the readiness for corresponding negotiations. Portuguese Prime Ministers’  visit to Andorra is preplanned for the June of 2015, possibly the CDI agreement will be signed in the course of this visit.

It should be recalled that CDI between Andorra and France was signed in 2013, but it hasn’t entered into effect as far as the Parliament of French Republic hasn’t voted for that up to now. In accordance to the forecasts of Antoni Marti the agreement might be ratified by the Parliament in the beginning of 2015.

As for the automatic information exchange, in accordance to Jordi Cinca, this issue remains unsolved. The exact date when the corresponding agreement comes into effect is also unknown.