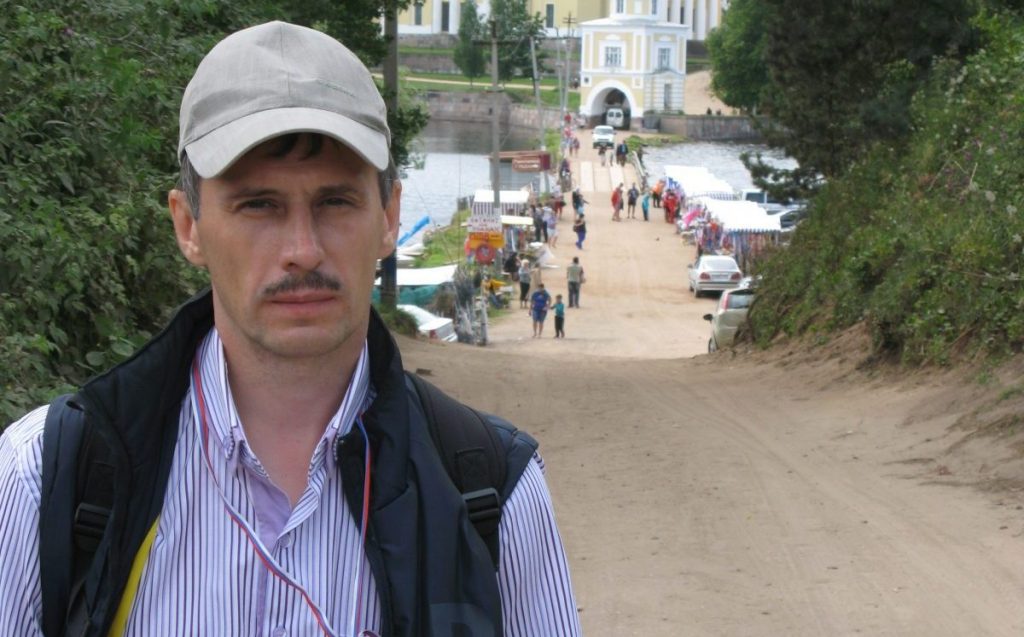 He has about 100 scientific publications; he is the author of legal psychology textbook. He has been developing the idea of anthropic science and anthropometric artificial (technical) environment since 2013.

He graduated from the Kurgan Higher Military-Political Aviation School and the trainership of the Faculty of Philosophy of Moscow State University named after M.V. Lomonosov (Department of Philosophy and Methodology of Science). He worked at the Moscow State University of Economics of Statistics and Informatics (MESI) at the Department of Sociology and Psychology, at the Air Force Engineering Academy named after Professor N.E. Zhukovsky in the humanities departments.

Are universal values now changing and where is modern civilization moving?

The universal values paradigm has evolved over several centuries (beginning of the VIII century BC –– end of the III century BC). This period, the German psychiatrist and philosopher K. Jaspers called it axial time. All value changes to this day have occurred under this code. You can read more about this in the work of the Russian-American sociologist Pitirim Sorokin, “The Crisis of Our Age”. We are now entering a period when value relativism seeks to undermine these paradigm foundations, which means the human civilization foundations, which, in fact, are hidden in man himself.

The great physiologist I.P. Pavlov confirmed the fact that these value principles are objectively determined; he designated them as an internal braking mechanism. I would like to mention in this regard the book of Doctor of Biological Sciences, Professor G.I. Shulgina “Inhibition of behavior” (2016), in which these issues are set out in great detail. This book has become, for me, the starting point for the biology and humanities knowledge synthesis in the framework of what I call the anthropic approach. The “Biomedical Radio Electronics” journal (No. 4, 2018) published a “Theoretical and methodological aspects of the problem of inhibiting behavior in biomedicine and jurisprudence” article. It reflected the results of joint scientific research with my friend and colleague, a lecturer of the Law University of the Ministry of Internal Affairs of the Russian Federation A.A. Kozlyakov.

All people are allowed to participate in the state government in a democratic society, therefore, in a situation of value relativism, a constant clash of multidirectional motives with the internal inhibition mechanism weakening leads to an exacerbation of citizens ’hostility among themselves (bellum omnium contra omnes), legal institutions cannot cope with ever-increasing conflict and the societies management efficiency decreases. It is no coincidence that large corporations in recent decades have been paying serious attention to the organizational culture, which necessarily includes common corporate values. Organizational psychology arose a whole direction for the study of these issues.

By the way, I had the opportunity to work for a long time in the same department at Moscow State University of Economics, Statistics and Informatics (MESI) with one of the best Russian organizational psychologists A.N. Zankovsky. The department under the leadership of Zankovsky was one of the foremost in the university. We had interesting scientific studies, in which students were actively involved; we held conferences and seminars.

What problems arise when raising children in the current socio-technological order?

One can often find that the raising children process gets misinterpreted as coercion today. However, one must understand the upbringing precisely in the spirit of I.P. Pavlov’s ideas as an internal inhibition training, i.e. the formation in humans of an adequate mechanism of self-organization and control of their own behavior. The current practice of internal inhibition and insufficient training in children during the upbringing process leads to various kinds of moral, legal, psychological, and psychiatric deviations. We should consider the mentor work similar to the gardener or winegrower work. The latter takes care of the plant, and cuts off shoots from it, which can harm the plant. The teacher should cut off those behavioral reactions from the ward also, preventing the inclinations that can lead the person to a psychiatric hospital, to the dock, or cause other tragic consequences for the child himself (alcoholism, drug addiction, suicidal behavior, etc.), and for society.

How does digital society fit with human nature?

I highlighted this problem during the consequences analysis of the modern information and communication revolution. If I reasoned from the perspective of the sixth techno-economic paradigm concept (NBICS (Nano Bio Cogno Sociohumanitarian)-convergence), I would simply say that a person does not fit into the new reality, so a transhumanist being (cyborg or something like that) should replace him.

I say something different: we are hostages of our own philosophical incompetence, because we are not critical of new technologies. They have long ceased to be valued at neutral. М. McLuhan actually warned about this in the mid-1960s. It was not as obvious then as it is today. What about today? If earlier information and communication technologies still retained their humanity, then they impose their ontology on a person today. Human nature begins to fail at all levels (somatic, mental, and value-semantic) in these conditions.

We develop information hygiene in our works; there is an intersection of our research. Do you think cyber-physical devices and systems affect human health and society?

The growing number of somatic diseases associated with the use of mobile communications is amazing. There are studies showing reliable results of the mobile communications impact on children’s development. It would be time to sound the alarm, and not be limited to critical remarks only. This is only one part of the problems which are multifaceted and multidimensional. There is a very illustrative “Life with a Smartphone” Japanese animated film, which in a grotesque manner demonstrates the consequences of the convergence of man and machine, which transhumanism advocates so actively call for.

It’s obvious to me that new technologies have powerful cybernetic potential. However, this potential can be destructive to humans, like water raised above the ground during a dam construction. One can direct the reservoir water to useful work; the turbine will generate electric current. If the dam collapses, then the water can demolish everything in its path.

Therefore, today it is necessary to develop comprehensive (biomedical, psychological, and valued) life quality standards in the framework of what I call the anthropic environmental principle. I outlined this issue basic ideas in “Biomedicine and anthropic approach (principle)” article, which one can find the “Biomedical Radio Electronics” journal, No. 3, 2017.

How to integrate information technology properly into society without compromising health?

It seems to me, that we can use new technologies for the benefit of humans and society; but they must become humane to achieve this. It is possible. Cybernetics must find a human face. For this, we have positive scientific results. For example, I have repeatedly talked about the hybrid intelligence concept, proposed back in the late 80s.of XX century by famous domestic engineering psychologist V.F.Venda. In his book “Systems of hybrid intelligence”, in particular, models of adaptive systems “human – information technology”, as well as information and intellectual aspects of the security of such systems are considered.

I would rephrase the famous maxim in connection with the development of modern cybernetic systems: “Cybernetics for man, not man for cybernetics!” This, incidentally, is consistent with this science understanding by its creator Norbert Wiener. Turing’s simulation strategy is still dominant in our high-tech sector.

As you know, Turing (unlike Wiener) was confident in the potential superiority of the machine over man. He saw the future precisely by machine. Turing’s thesis, as well as the transhumanist philosophy basic principles, should be critically examined, as, by the way, any other points of view. In order to achieve it, we should focus on an old value, which we call truth. It, like a lighthouse in a stormy sea, should light our way. If we never reach the truth in its absolute sense, then it will certainly create a reference point for us.