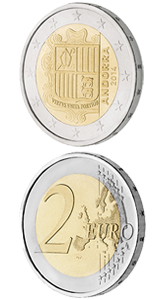 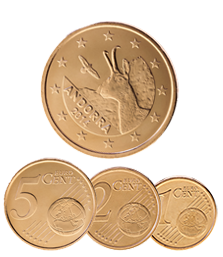 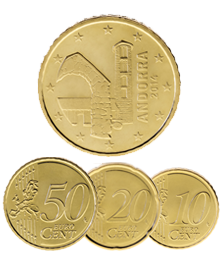 The Prime Minister of the Principality Antoni  Marti took part in the festive events dedicated to the presentation of new euro coins of Andorra. He claimed that «the right for Andorran euro coin mintage is an important step towards sovereignty reinforcement on the one hand as well as to the consolidation of relations with Europe on the other hand».

It should be recalled that Andorra obtained the corresponding right only in 2013. Andorra minted its first coins in 2014 on the territory of Spain. In accordance to the laws of neighborly relations, in 2015 the coins for the Principality will be minted by France. In accordance to EU rules, 80.11% of the total amount of currency issue is aimed for mundane usage, 19.89% is for collectors. At that the set of 8 ordinary, non-collector coins (1,5,10,20,50 euro cents as well as 1 and 2 euro) can be acquired at the self-value of the coins—i.e. at 3.88 euro.

As for the coins of 2015, it is known that 2 euro coin will be dedicated to the 20th anniversary of Andorran affiliation to European Council. It will emerge in 2015 and will be distributed mostly via numismatic and philatelic stores. Naturally, the cost of collectors coins is higher than the notional value.

New coins will be implemented in circulation within first two weeks of 2015, promised Andorran Minster for Finances Jordi Cinca, that also participated in the events, dedicated to this event.