New French president confirmed his intention to visit Andorra in the first half of 2018 • All PYRENEES · France, Spain, Andorra 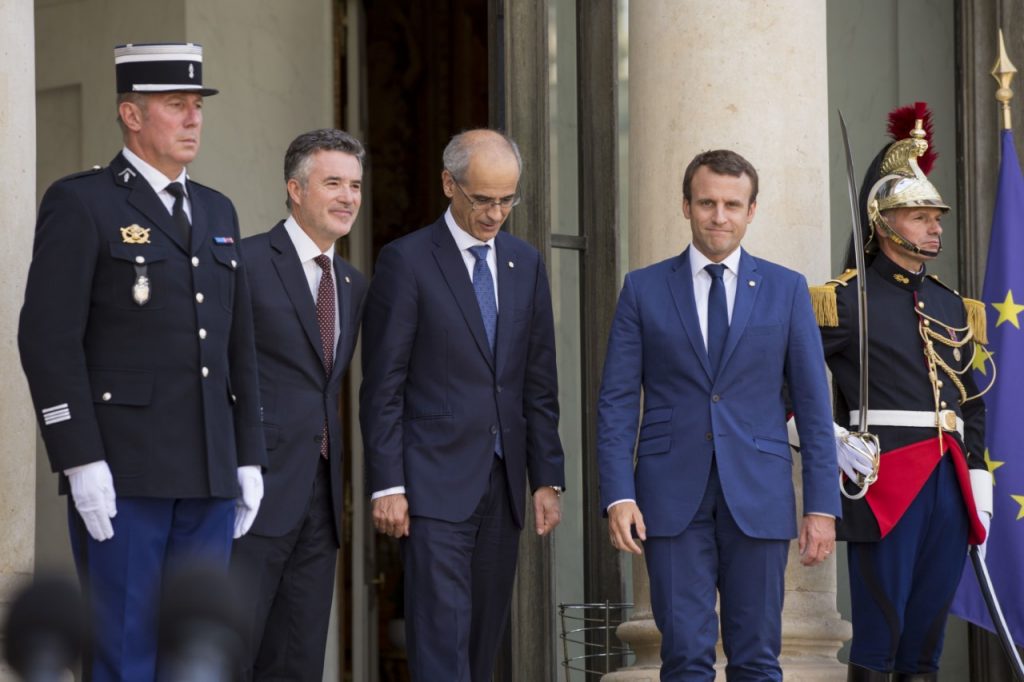 The head of the government of Andorra, Antoni Marti, met at the Elysée Palace in Paris with the new French president and co-prince of Andorra Emmanuel Macron to discuss the social and economic reforms of the principality.

The meeting was also attended by the Parliamentary Ombudsman of the Principality Vicenç Mateu.

One of the topics of the meeting was to discuss the status of the negotiations between Andorra and the European Union. During the meeting, Antoni Marti invited Emmanuel Macron to visit Andorra in 2018 (this year Andorra will celebrate the 25th anniversary of the adoption of the Constitution of the Principality). Emmanuel Macron accepted the invitation and confirmed his intention to visit Andorra in the first half of 2018.

This meeting with the delegation of Andorra was the first for Emmanuel Macron after his election as President of France. Antoni Marti was the first to have the opportunity to tell personally the new co-prince of Andorra about Andorran’s achievements in the economic sphere, in particular, the introduction of new tax legislation.

Emmanuel Macron, in his turn, promised to support Andorra in the issue of negotiations on the establishment of an association with the European Union.

In conclusion, Antoni Marti stressed the importance of developing and strengthening the cultural collabaration between Andorra and France, noting that Andorra is doing everything possible to study the French language on the territory of the Principality (the government of Andorra, in particular, subsidizes French courses for adult residents of Andorra who can visit them free of charge) .