The National Orchestra of Classical Music of Andorra made a presentation of the program of concerts for 2018 • All PYRENEES · France, Spain, Andorra 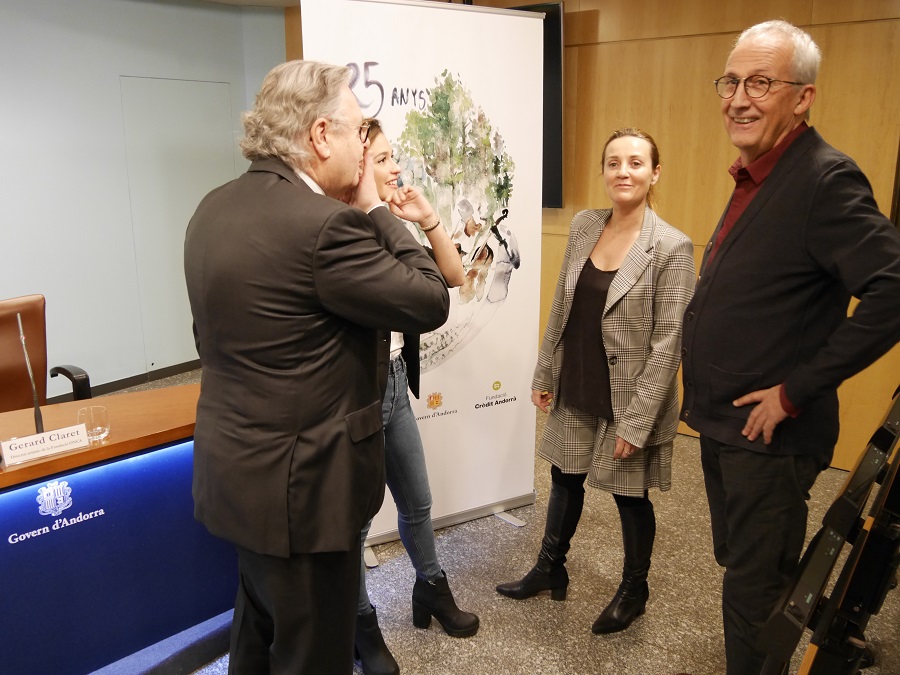 The National Orchestra of Classical Music of Andorra made a presentation of the program of concerts for 2018 on press conference with the participation of the Minister of Culture of Andorra, Olga Gelabert, the general director of the Credit Andorra bank, the president of the ONCA Foundation Josep Peralba and the art director of the orchestra Gerard Claret.

The press conference was also timed to celebrate this year the 25th anniversary of the foundation of the orchestra – it was created on March 13th, 1993. On this day this year, there will be a gala concert with a special program of musical works written by the Catalan composer Salvador Brotons. The venue of the concert is the National Auditorium Ordino.

February 17, 2018 – the lobby of the Parliament building. The program includes works by Albert Guinovart and Max Bruch. Free entrance.

April 7, 2018 – the church of Sant Esteve in Andorra la Vella. Free entrance.. The program is being specified.

This year there are also planned several concerts of young musicians of the JONCA orchestra on May 6, September 16 and November 25. The program is being specified.

In the last academic year, 44 concerts were organized, which were attended by 13272 spectators.