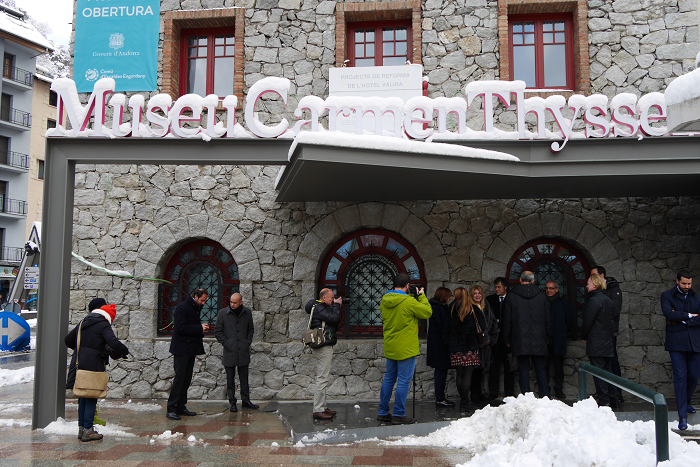 Today the Prime Minister of Andorra Antoni Martí, the mayor of Escaldes-Engordany Trini Marin, the Minister of Culture of Andorra Olga Gelabert, Baroness Carmen Thyssen have made a joint excursion through the new museum of art Carmen Thyssen, which officially opens on 16th March. The museum is located on the first floor of the hotel Valira in the district of Escaldes-Engordany.

The museum annually will host about 60,000 tourists per year.

Each collection of paintings will be updated once a year, said Baroness Carmen Thyssen. The first exhibition will be devoted to the journey to the world of art titled “From Monet to Estes. From Trouville to New York.”

During the tour Antoni Martí noted “the opening of the museum Carmen Thyssen is the first stone for the future National Museum of Andorra”.