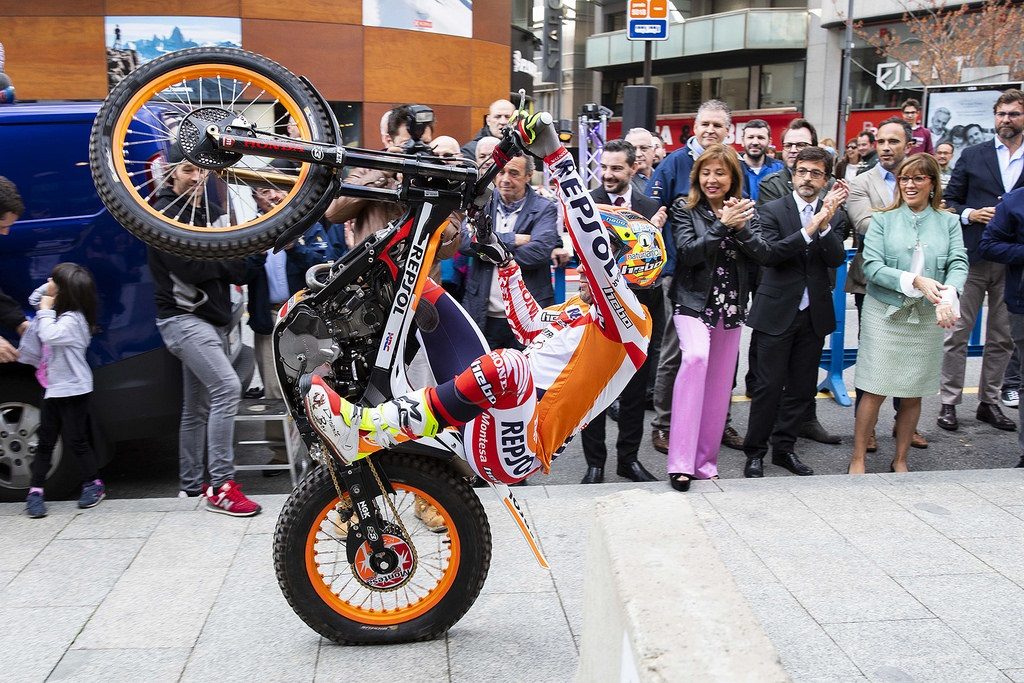 Today, Andorra la Vella Parish has thanked the sportsmen – a commemorative plaque with his name was installed at the Bulevard des Estrelles del Fener (Andorra la Vella). In honor of this event, the 23-time trial world champion organized a show in the presence of more than 200 people.

The sportsman has been living and training in Andorra for more than four years.

“It is an honor for the country to have such resident as Toni Bou, who is the recognized sportsman and at the same time a modest and kind person. No doubt, this is a good example for the younger generation,” said the mayor of Andorra la Vella, Conxita Marsol.

On 1 and 2 December, Andorra is again set to welcome in its capital Andorra la Vella the prestigious annual prize-giving ceremony for the newly crowned FIM World Champions.

The Bulevard des Estrelles del Fener will be dedicated not only to sportsmen. Here will appear the names of foreigners and the most honorable residents of Andorra.