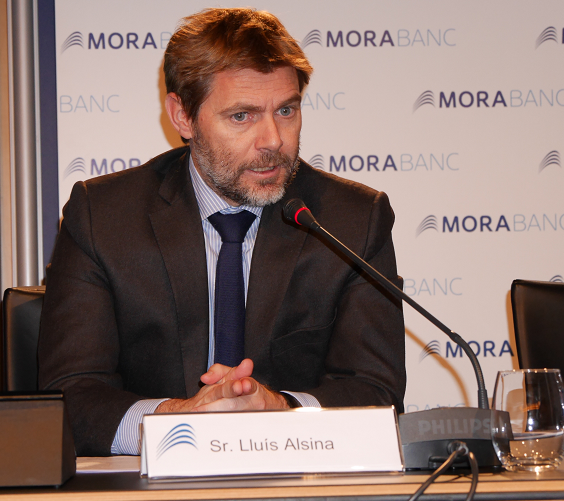 Today Morabanc has presented a new platform of digital services (e-banking) as a “new way of doing banking business”. According to the bank’s general director Lluís Alsina, the main goal of the bank – to increase the number of customers using online banking services and other digital services, up to 50%. “It’s ambitious, but realistic, because today it is a natural way to communicate,” he said at a press conference on 20th December.

He also added that during last five years the number of contracts for the use of the bank’s online platform had grown by 56%. Data on the use of bank cards indicates an increase of their use by 54%, the number of transactions on the Internet grew by 130%. Relatively to the volume of sales and purchases in online stores, from 2011 to 2016 the number of transactions increased by 278%. Number of users of social networks for paying, according to the Bank, increased by 228%.

The new platform will allow customers to make any type of banking transactions via Internet at any time of the day, as well as to manage accounts and credit cards, to invest, to use “Online Broker” service, carry out requests for banking products.