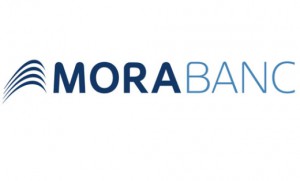 According to “The Banker” (The Financial Times group), MoraBanc named as the best Andorran Bank in 2015. This title is awarded to Morabanc for the fourth time during  last seven years. President of Morabanc Francesc Mora and Chief Executive Officer Pedro González took part  at the award ceremony, which was held in London on 2 December with the participation of representatives of the largest banks of the world.

2015 was difficult for the banking sector of Andorra.  One of five Andorran banks – Banca Privada D’Andorra – is under restructuring process now due to accusations by the U.S. government in money laundering. At the same time according to “The Banker” jury, Morabanc managed to adapt to new market conditions, with the emphasis on transparency and following international banking rules. According to “The Banker”, Morabanc is the most solvent in Andorra now. In addition, according to innovative systems for continuous monitoring of NPS (customer loyalty index), currently MoraBanc is recommended by 51% of clients.

Establishing of a new branch “Mora Asset Management Luxembourg, SA” became one of the main factors which positively influenced  the jury. The jury also noted “the positiveness” of activation of the center of “direct marketing” of Morabanc, the purpose of which is to provide services to clients outside of an office.

Look here for more details about banks of Andorra