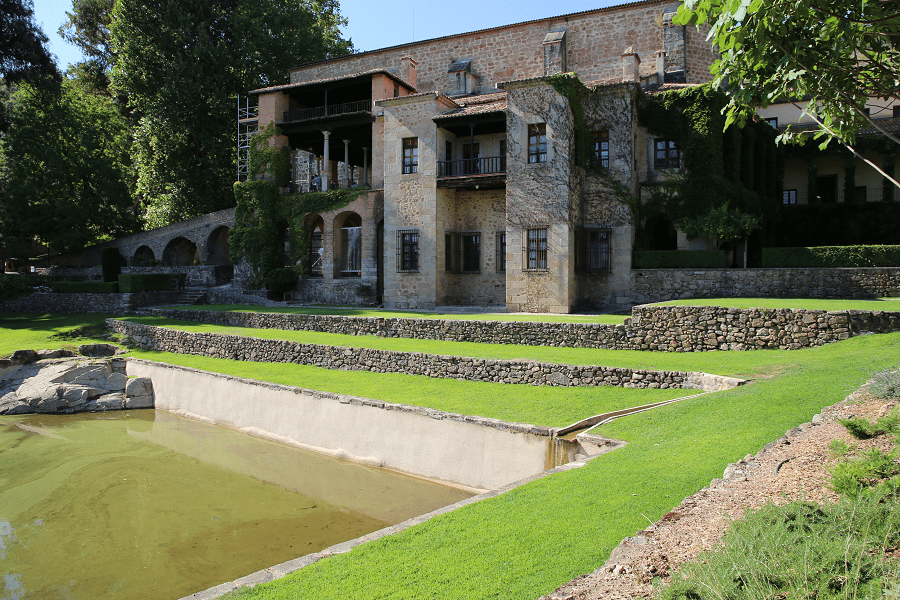 The Monastery of Yuste is a monastery in the small village now called Cuacos de Yuste (in older works San Yuste or San Just) in the province of Cáceres in the autonomous community of Extremadura, Spain. The monastery was founded by the Hieronymite Order of monks in 1402. 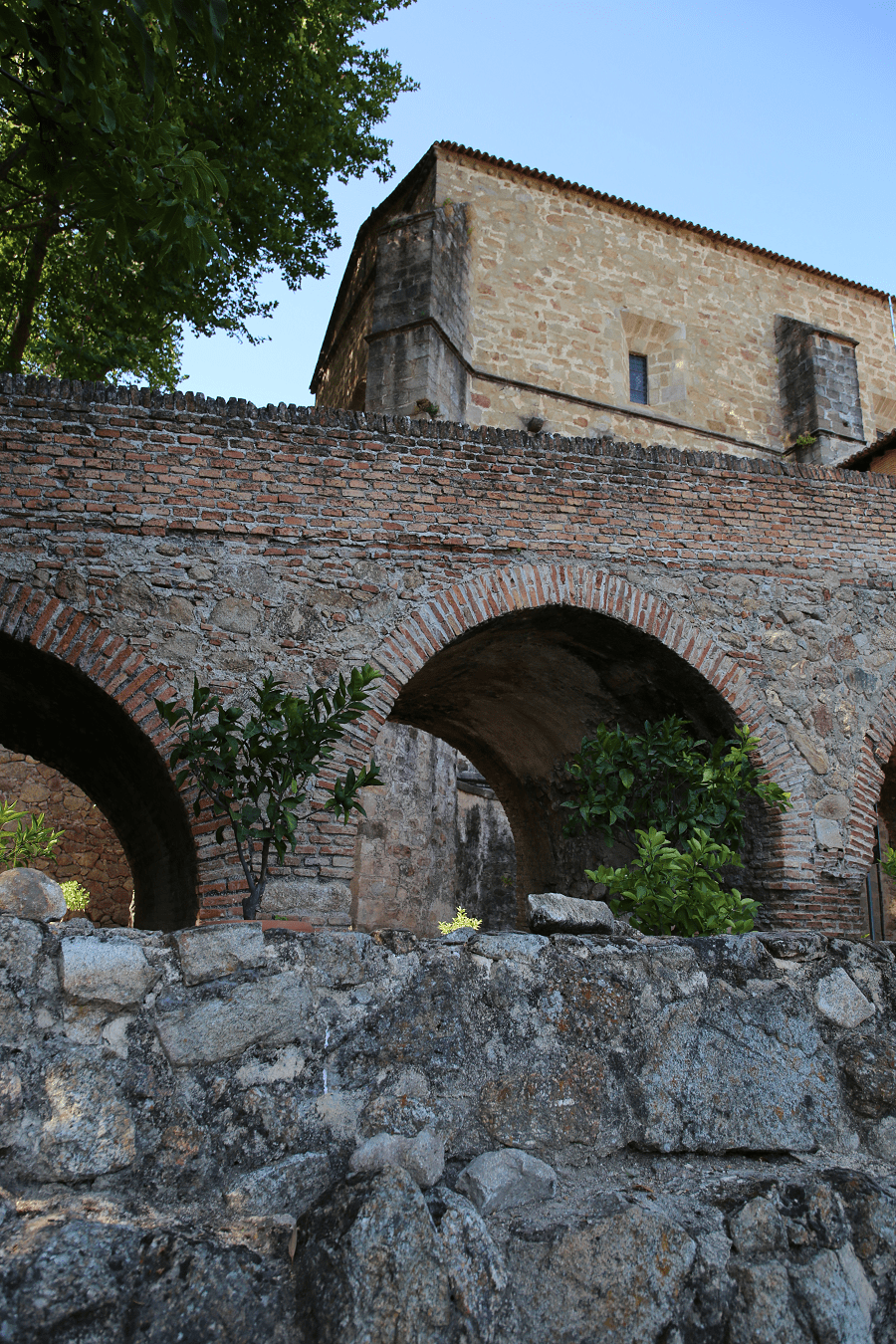 It is the monastery and palace house in which Charles V of the Holy Roman Empire and King of Spain resided from after his abdication until his death. 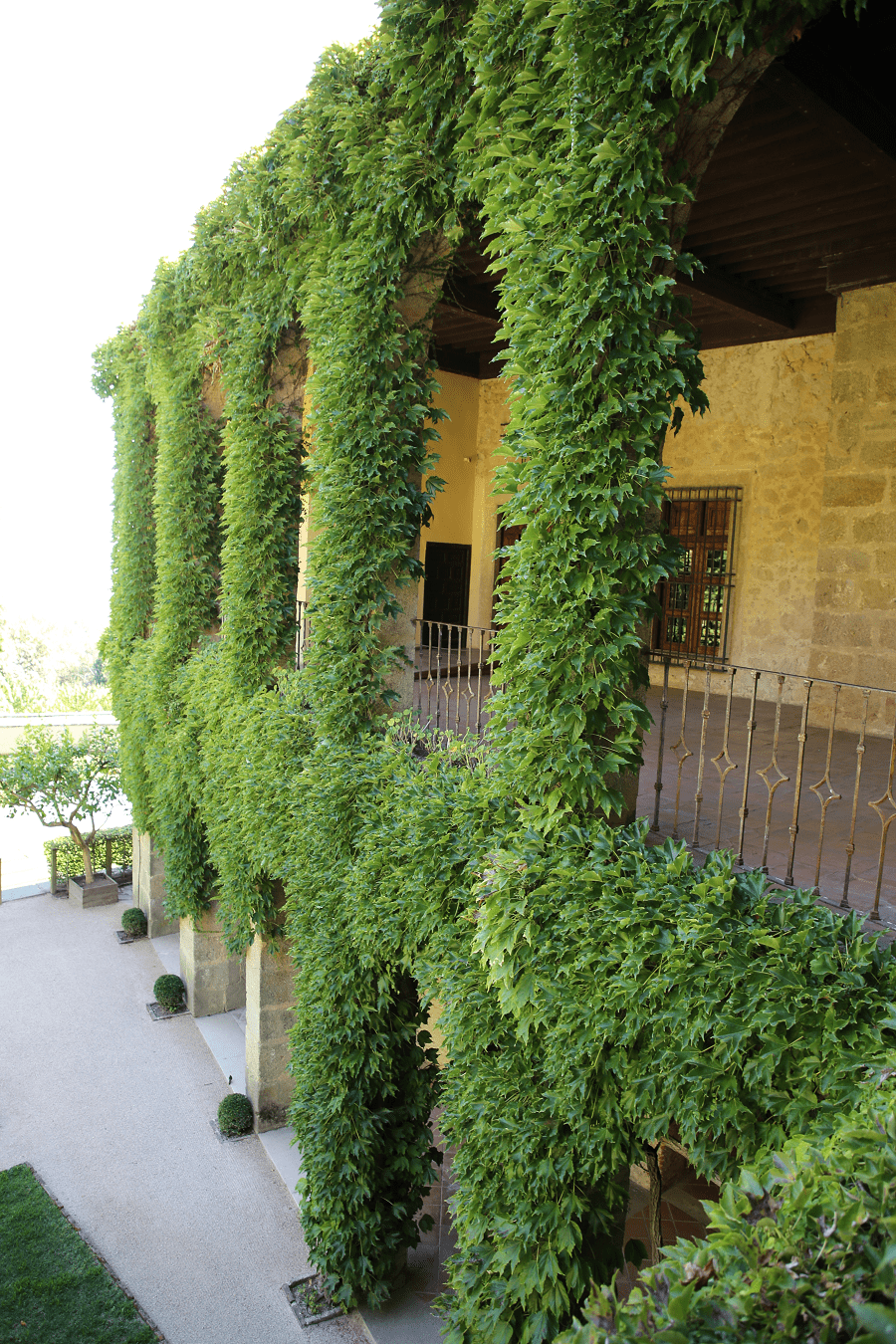 The current convent was rebuilt on the ruins of the old monastery that served as the emperor’s residence for the last two years of his life (1556-1558). It was declared in 2007 as a European Heritage. 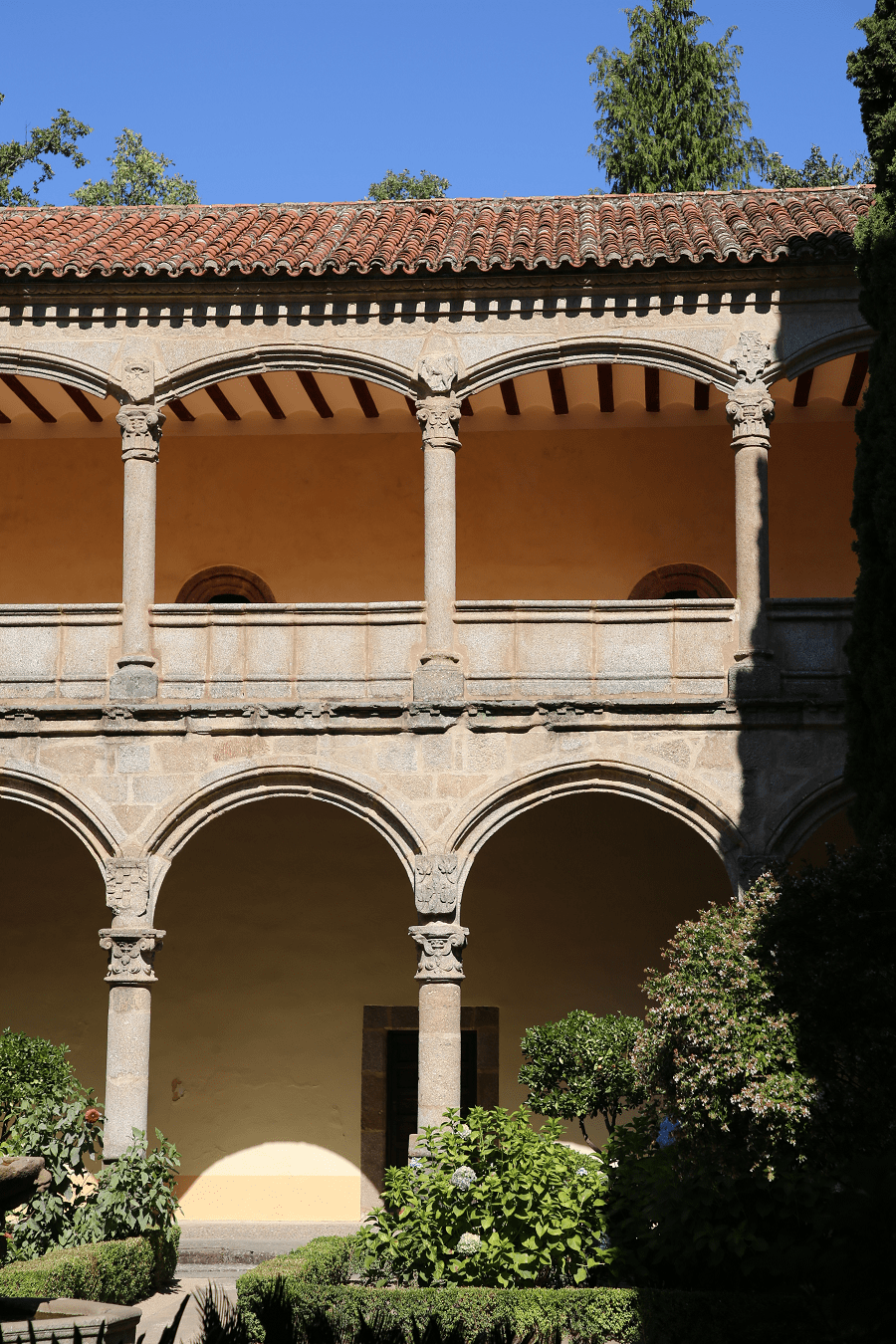 The Yuste monastery presents an architectural complex that is made up of two clearly differentiated parts: on the one hand, the convent and, on the other, the residence of the emperor. The convent, in turn, is made up of the church, located in the center and two cloisters, one Gothic and the so-called new cloister. The church and the Gothic cloister belong to the 15th century, while the other constructions are from the 16th century. 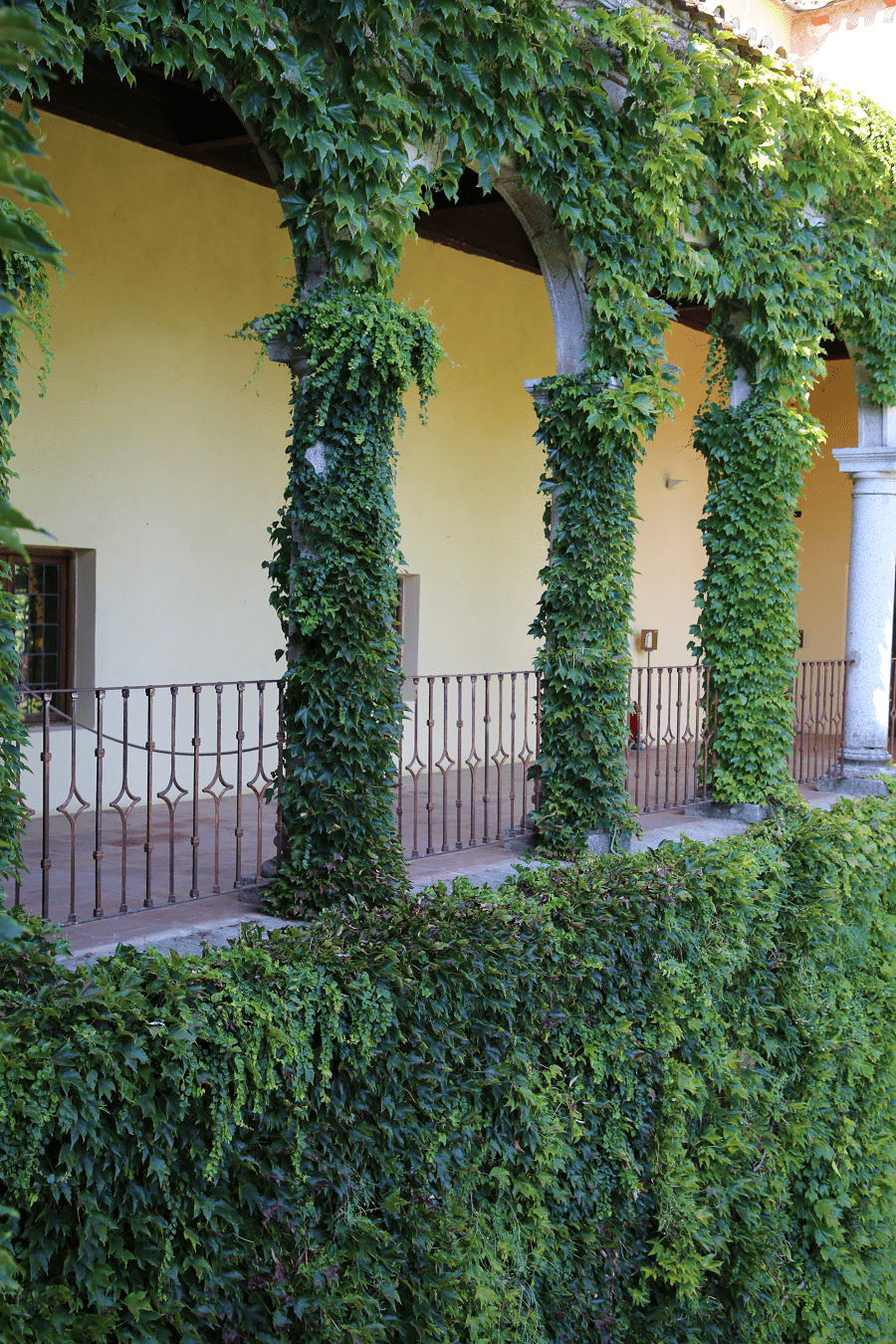 The plant of the church has a single nave and a polygonal head. The temple communicates with the Gothic cloister, which is arranged on a rectangular ground plan, with an elevation of two floors, covering the galleries of the cloister with a flat wooden roof. The organization of the new cloister, in the Renaissance style, is similar to the Gothic one. 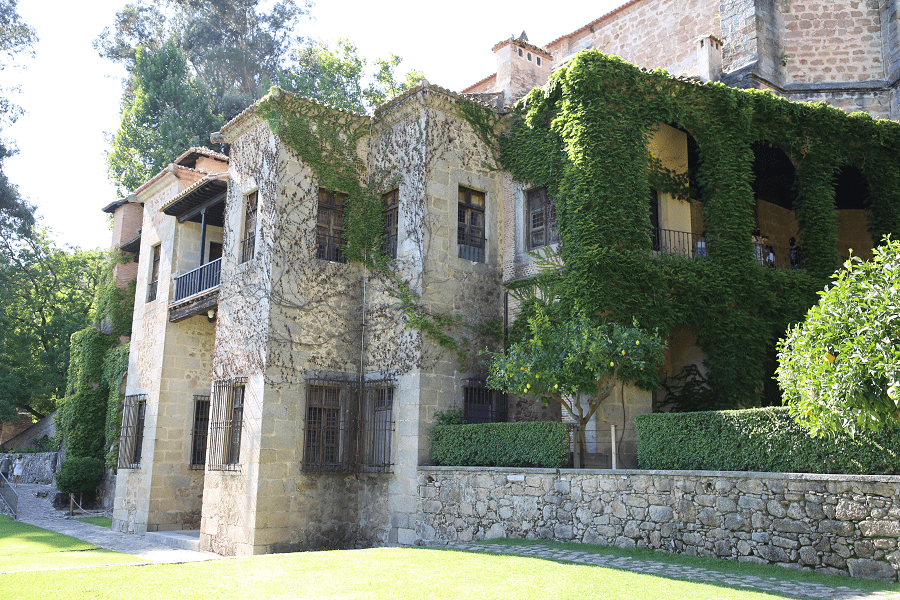 With regard to the house of Carlos I of Spain, it is a simple building, in which brick, masonry and ashlar predominate as the most used materials, with hardly any decorative elements. 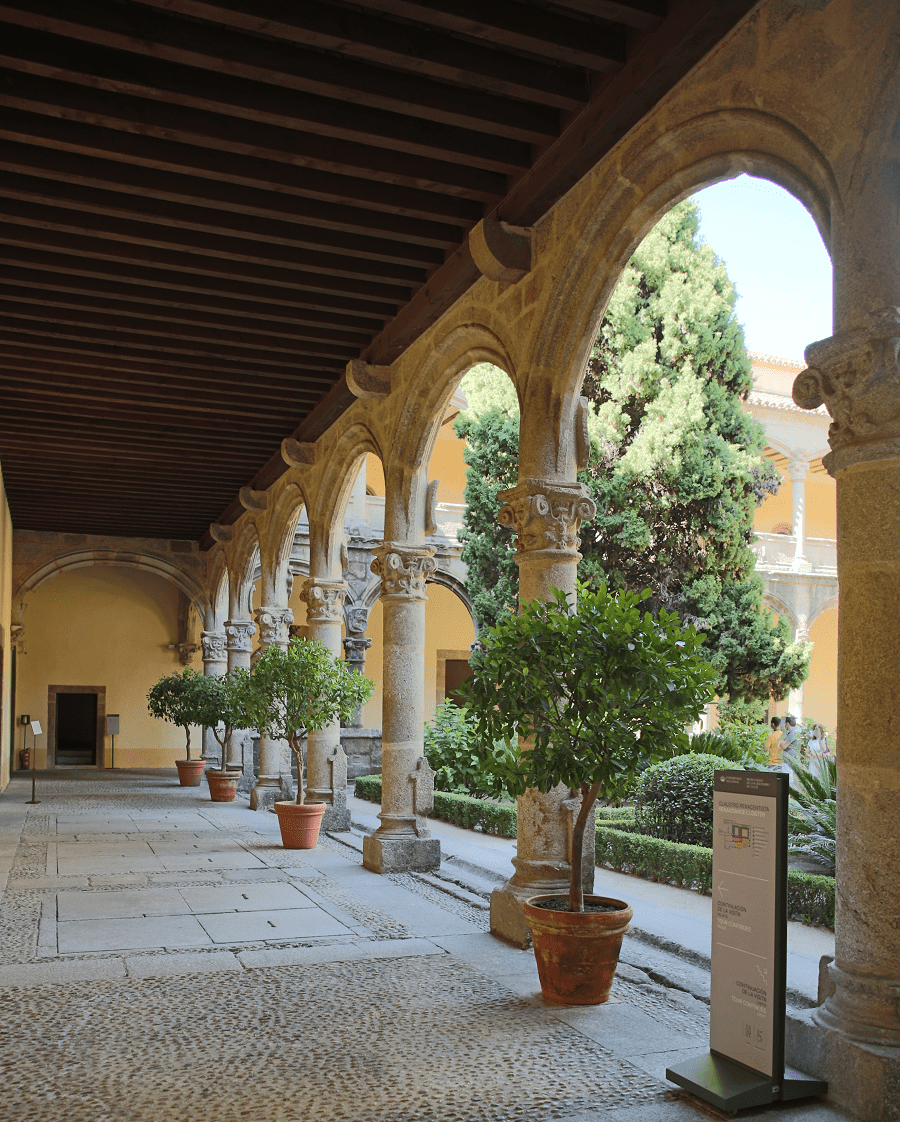 The main floor of what was the emperor’s residence is simple, structured in a central corridor with two rooms on each side. In the left wing are the antechamber and the bedroom of Carlos I, a room that communicates with the church. To the right there are two more rooms, with separate viewpoints that overlook the orchard that completes the complex. One of these rooms was the dining room and audience room. 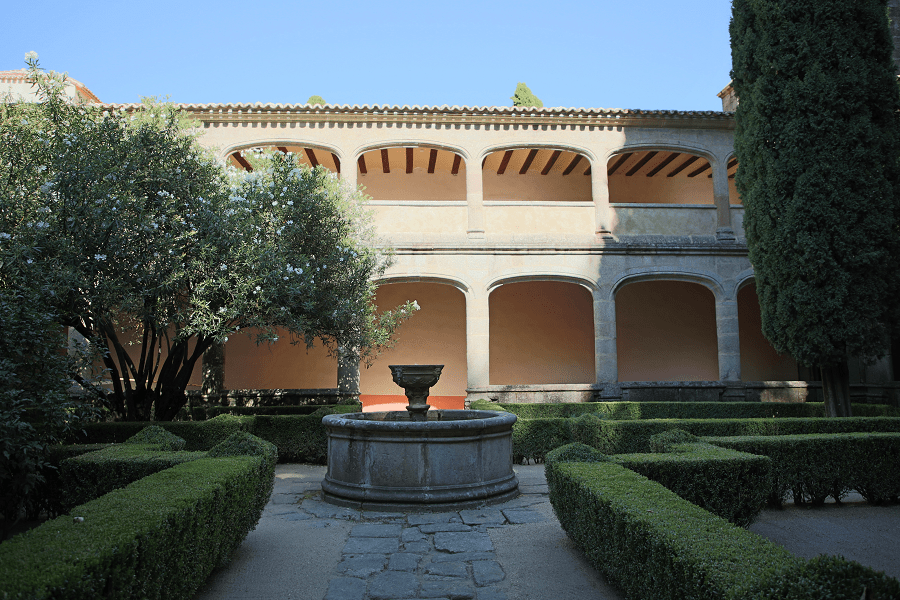 Among the scarce furniture in the royal residence, the chair built especially for the monarch, who suffered from gout, stands out. Also worth mentioning is the bronze and silver clock, made by Jeremías Metzger and which is dated 1562. 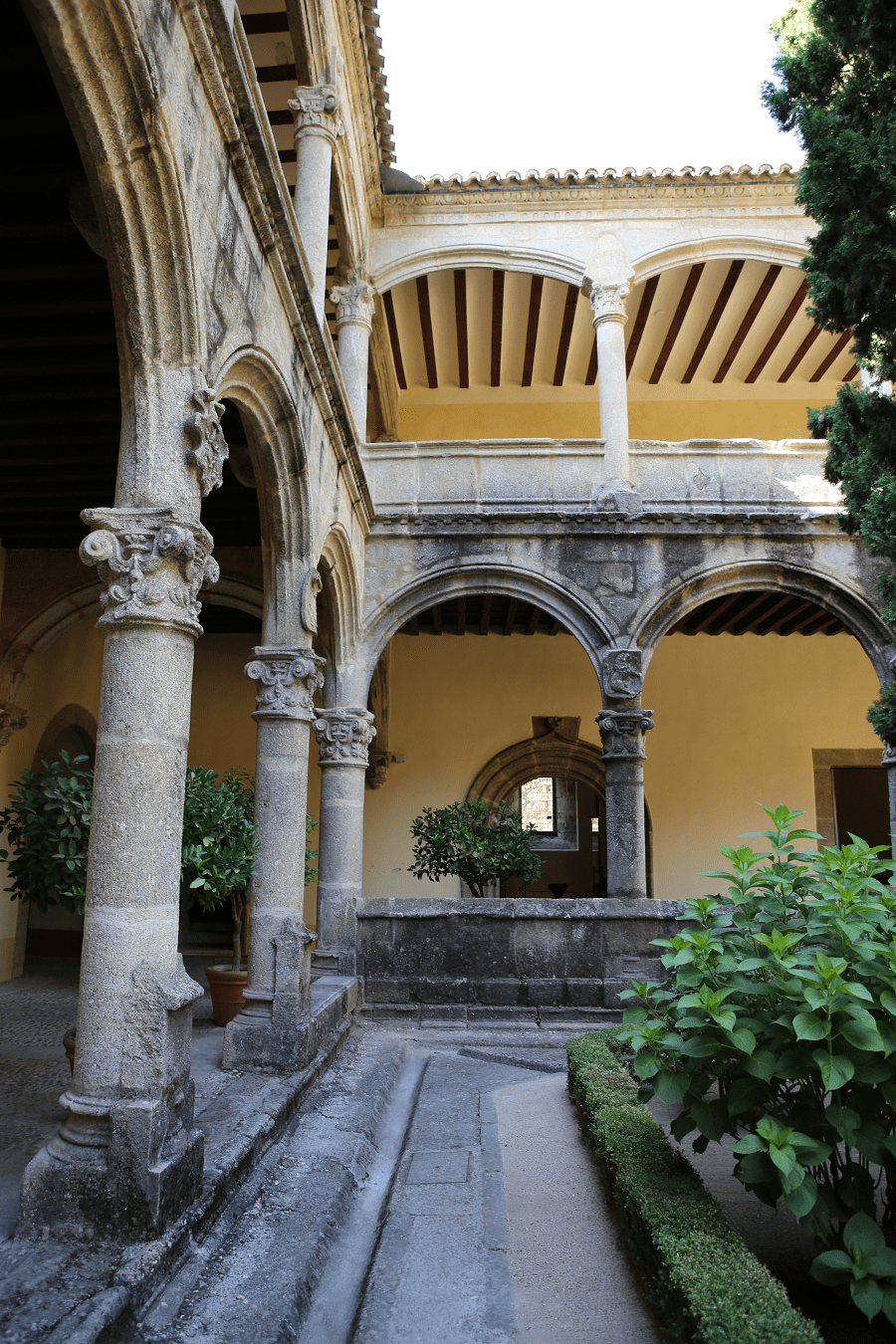 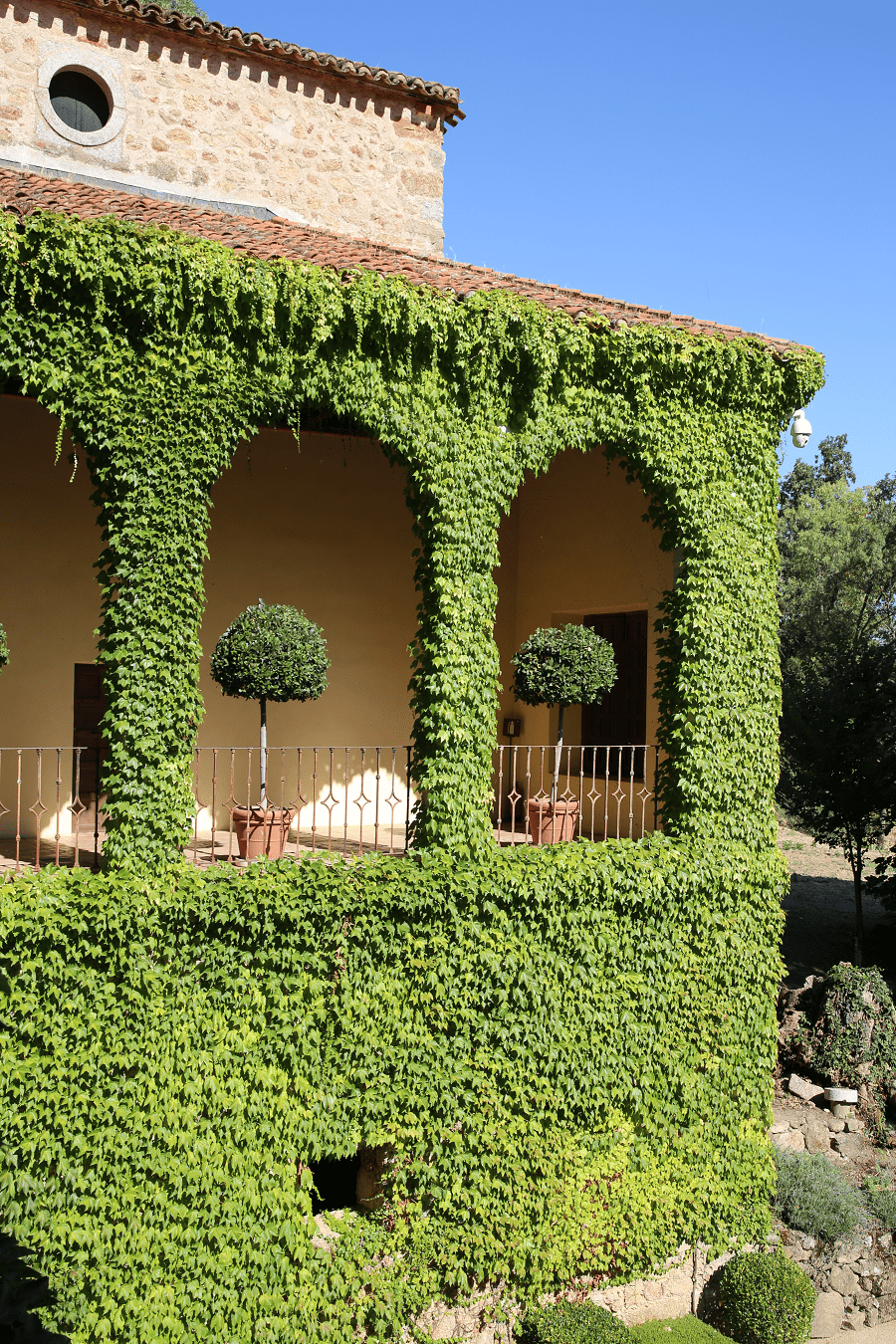