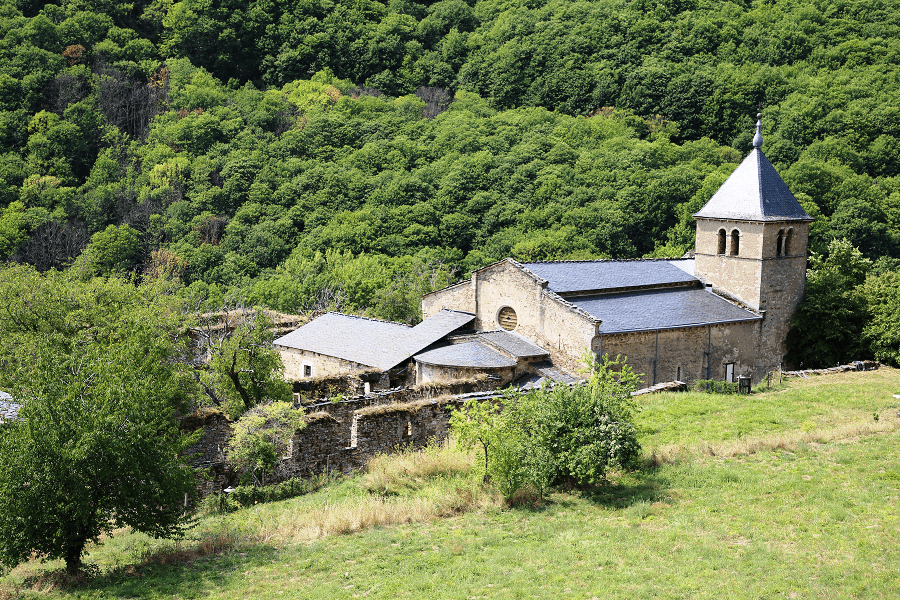 The monastery of San Pedro de Montes, is located in Montes de Valdueza in the municipality of Ponferrada, in the Bierzo region, province of León, autonomous community of Castile and León, Spain.

It was founded around the year 635 by San Fructuoso and, together with the Monastery of Santa María de Carracedo, they were the most powerful of the Bercian monasteries.

After the confiscation of Mendizábal it suffered a fire that left it in a state of ruin; It was declared a National Monument in 1931. Since 2003 various interventions have been carried out, for which the monastery has disappeared from the red list of Hispania Nostra.

In 1999, the architect Eloy Algorri, with funding from the Junta de Castilla y León, carried out the Master Plan for the restoration of the Monastery. 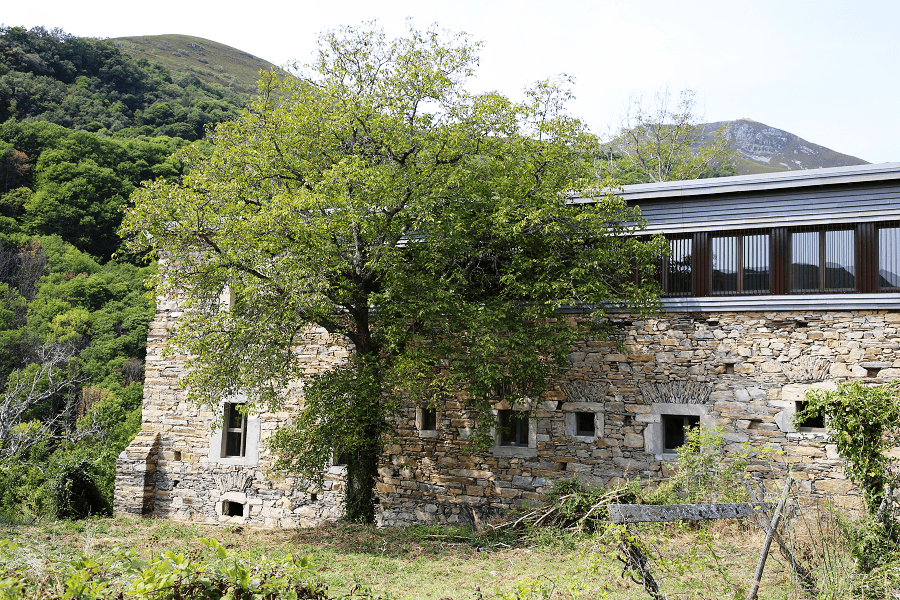 The first phase takes place between the winter of 2002 and the spring of 2003, consisting mainly of clearing out the buildings. The rectory built in the 19th century on two of its three apses was also demolished. Furthermore, after consolidating walls and ruins, the church was cleaned urgently and an archaeological tasting was carried out, which uncovered several burials from the 11th century.

In 2017, the east wing was rehabilitated with the funds of Cultural of the Ministry of Development for the contracting of public works.