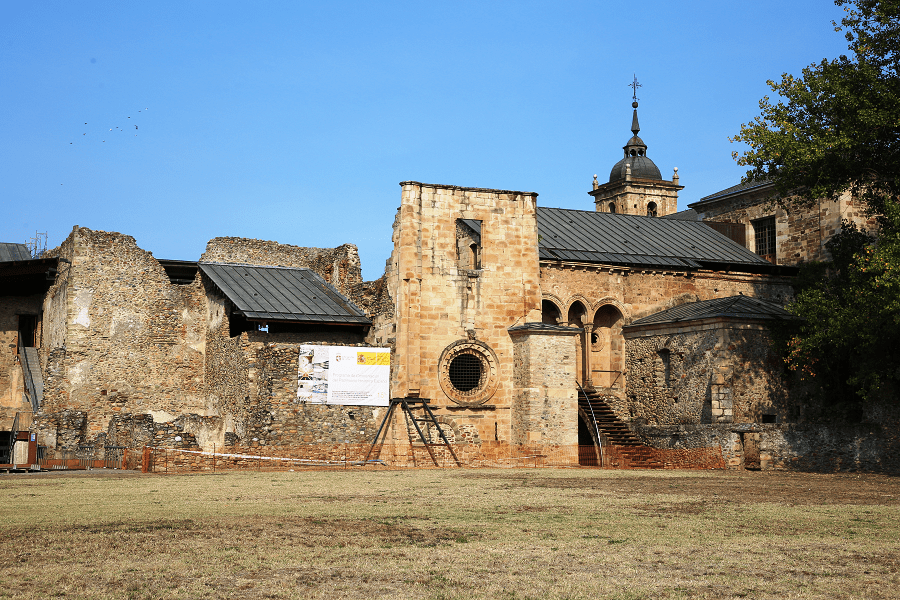 The Monastery of Saint Mary of Carracedo or the Monasterio de Santa María de Carracedo is an inactive abbey and palace complex, now in semi-restored state near the town of Carracedelo, province of León, Castile and León, Spain.

Founded in the 10th century by the Benedictine order, it lies near the Camino de Santiago. 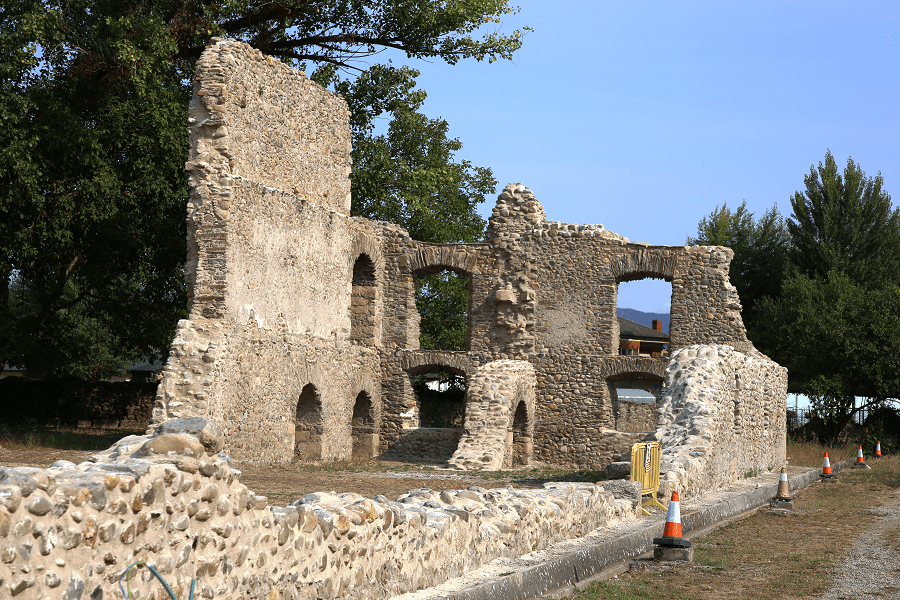 The object of various architectural reforms throughout its history and in modern times a victim of abandonment, the current result is a semi-ruined monument (although rehabilitated for the visits) that combines various styles, highlighting the Romanesque, Cistercian and proto-Gothic elements, corresponding to the 12th and 13th centuries. 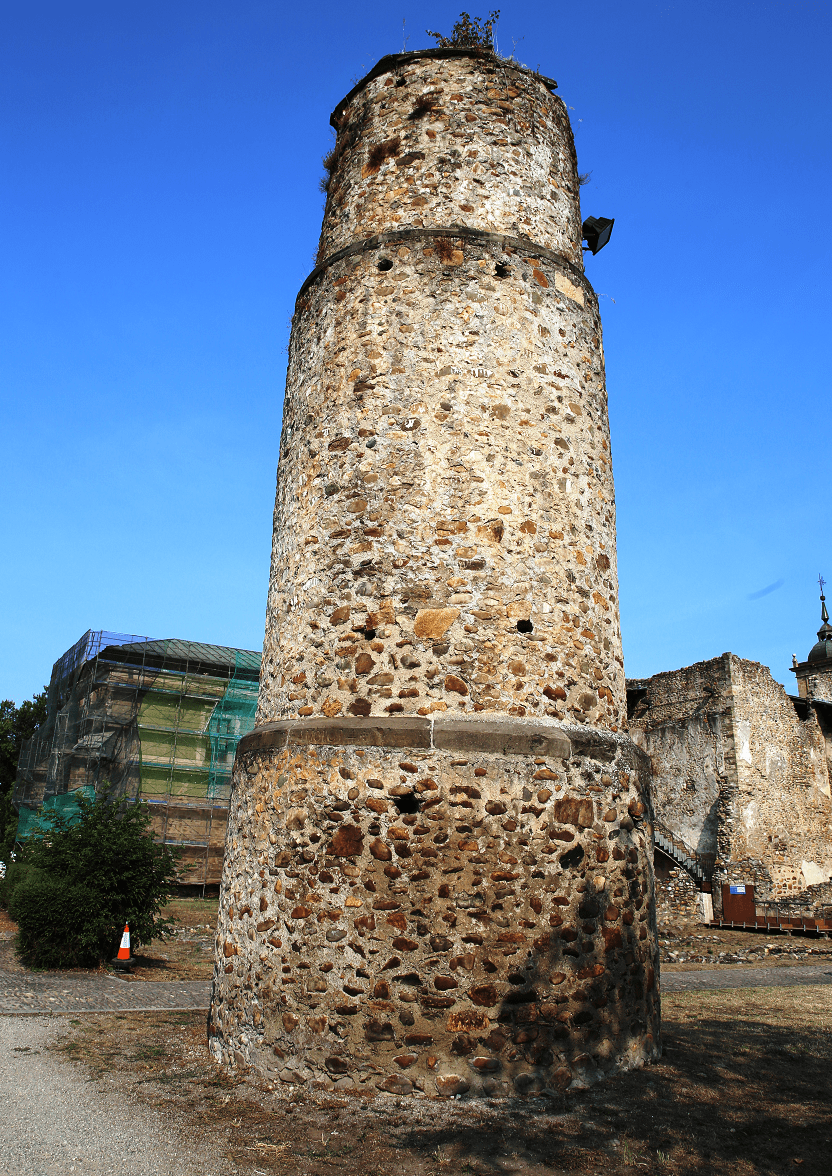 The complex includes the monastic rooms themselves and the Royal Palace. It is currently the headquarters of the Museum of the Cistercian Museum and the Berciano Monacato, which depends on the Leonés Institute of Culture. 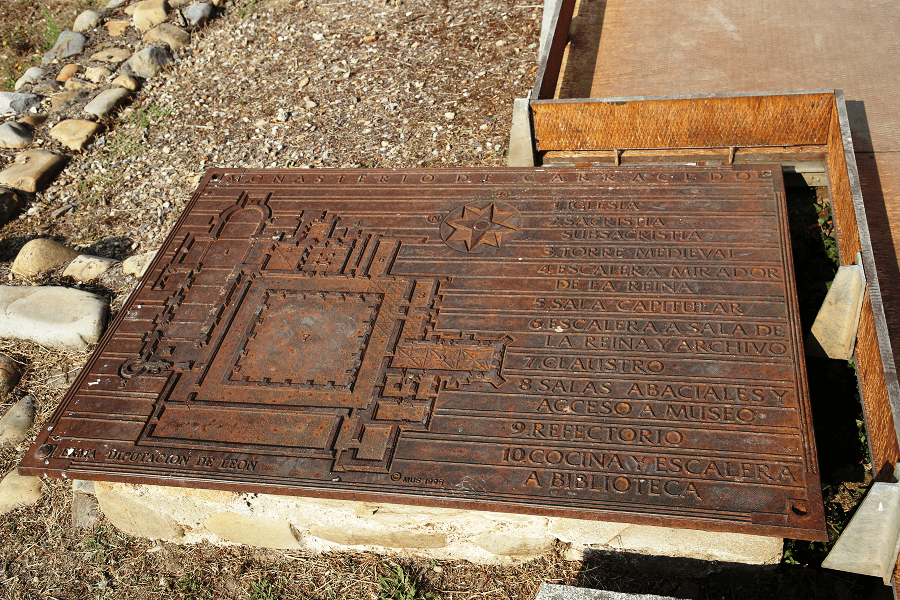 At the beginning of the 19th century, some expansion works began that were stopped with the outbreak of the War of Independence in 1808. Confiscated in 1835, it entered a stage of abandonment, pillage and ruin that did not stop until 1988, when the Diputación Provincial de León, owner with the Astorian bishopric of the monastery, undertook the restoration and consolidation of the parts of the building that were still standing, work that was completed in 1991.

In 1929 it was declared a national historical-artistic monument and is currently listed as Asset of Cultural Interest (BIC). 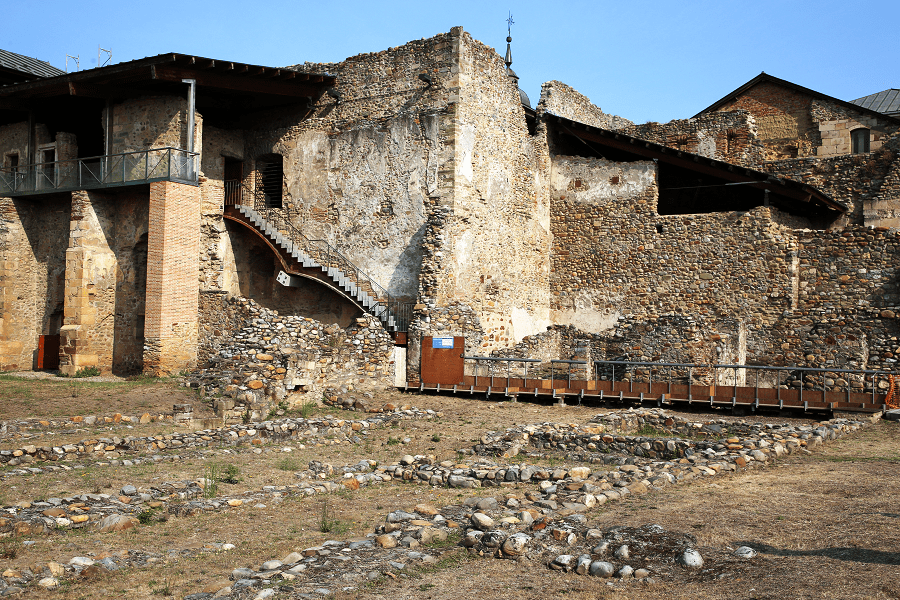