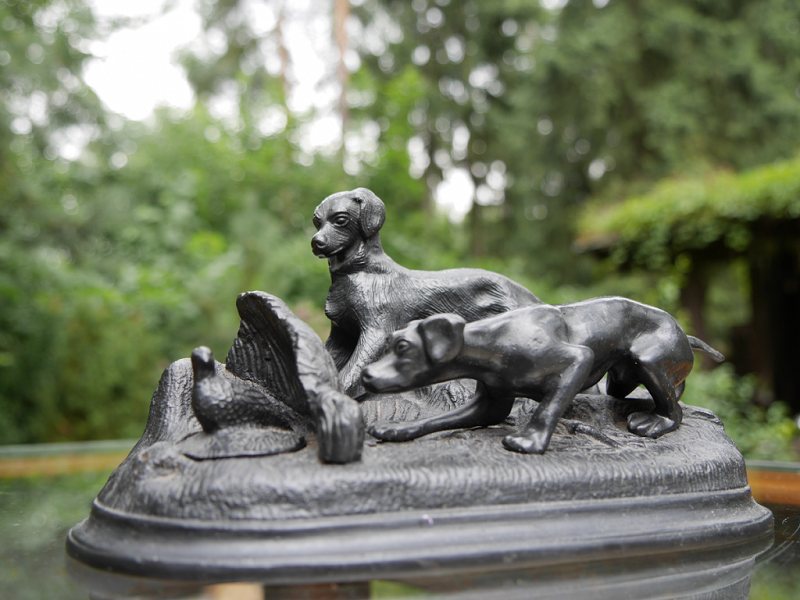 Cast-iron moulding appeared in the middle of 19th century. The peculiarity of this sort of production in the row of the same products laid, first of all, in the clearness and the smoothness of the surface of the metal, and also in the skills of the craftsmen. The secret was in a great quality of iron, smelted on the fire from wooden coal, in the consistence of the forming sands and in the skills of the craftsmen. The best works of Kasli iron casting art made after the original models by the well-known Russian and Western European sculptors Peter Clodt von Jürgensburg, Eugene Lanceray, etc.

Kasli casting is a folk craft and art products (sculptures, decorative and applied arts, architectural products) made of cast iron, produced at the architectural and artistic casting factory in the town of Kasli, Chelyabinsk Region, Russia.

The Kasli casting history began in 1747 when the Tula merchant Yakov Korobkov acquired 250 thousand dessiatina (675 thousand acres) of land for 150 rubles and founded the Kaslinsky iron-making and iron-smelting plant in the South Urals. He chose the place rich in cast iron and unique high-quality foundry sand, as well as timber for coal production. When the factory passed into the possession of the Demidovs in 1751, the Kasli cast iron products were already widely known in Europe and Asia.

The next plant owner was a free merchant of the first guild Lev Rastorguev, who paid 700 thousand rubles for the plant. A talented manager has increased the Kasli cast-iron fame over the years of his work. He and his heirs have been attracting new talented sculptors, artists, stampers, and molders to the production since 1809. Thus, they invited the Petersburg Academy of Arts graduates M. D. Kanaev and N. R. Bach to Kasli, who later organized an art school at the factory. The Kasli casting standard was Klodt’s sculptures for a long time, a passionate collector V. Druzhinin, who bought the rights to duplicate models, provided them.

From 1860-1890 was the the Kasli artistic iron casting heyday. The Kasli Foundry received the Small Gold Medal of the Free Economic Society in 1860; the plant participated in exhibitions in St. Petersburg, Nizhny Novgorod, Paris, London and other cities of the world during this period. The All-Russian exhibition in Nizhny Novgorod (1896) is noteworthy, at which Kasli masters first presented their goods in a laced cast-iron pavilion. A special historical event for the Kasli factory was the Paris World Exhibition of Applied Arts in 1900, at which the factory’s masters produced a huge cast-iron pavilion-palace in the Byzantine style designed by E. E. Baumgarten.

The pavilion central element was the N. A. Laveretsky sculpture of “Russia”, located at the entrance and depicting a woman warrior, protecting the world and ready for new victories. The pavilion was recognized as a foundry art masterpiece and received the highest “Grand Prix” award. There were many people who wanted to buy the pavilion at the exhibition, but buyers wanted to purchase the pavilion only with all the exhibits displayed in it, including the statue itself. The Russian authorized agents agreed with all the conditions of the buyers, except for one – they refused to sell the “Russia” sculpture, symbolizing the Russian Empire, and said: “Russia is not for sale!”. The deal did not take place, the statue, together with the pavilion, returned to Russia. Boxes with the pavilion parts lay in one of the private house basements in Kasli for many years after that.

The First World War, the October Revolution, and the Civil War in Russia at the beginning of the 20th century and the Second World War affected negatively the Kasli iron casting industry, as well as its craftsmen and products. It was necessary to restore the almost lost craft and a product rich collection in subsequent years, literally bit by bit. The cast-iron pavilion restoration work began under the guidance of master S. M. Gilev in 1957 only, which lasted about eight months. The pavilion opening took place on May 3rd, 1958 in one of the halls of the art gallery in Yekaterinburg, the pavilion is a symbol and the art pinnacle of Kasli art masters. 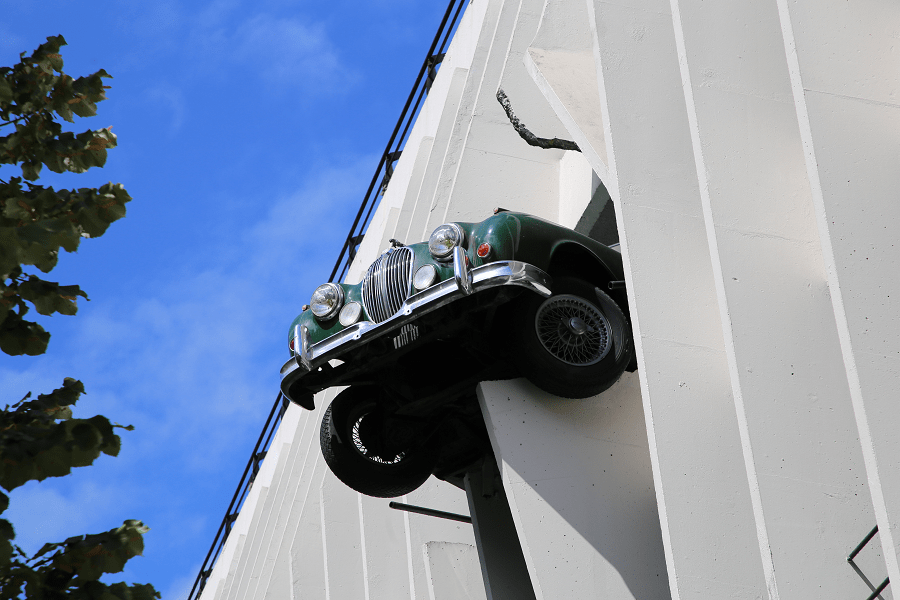 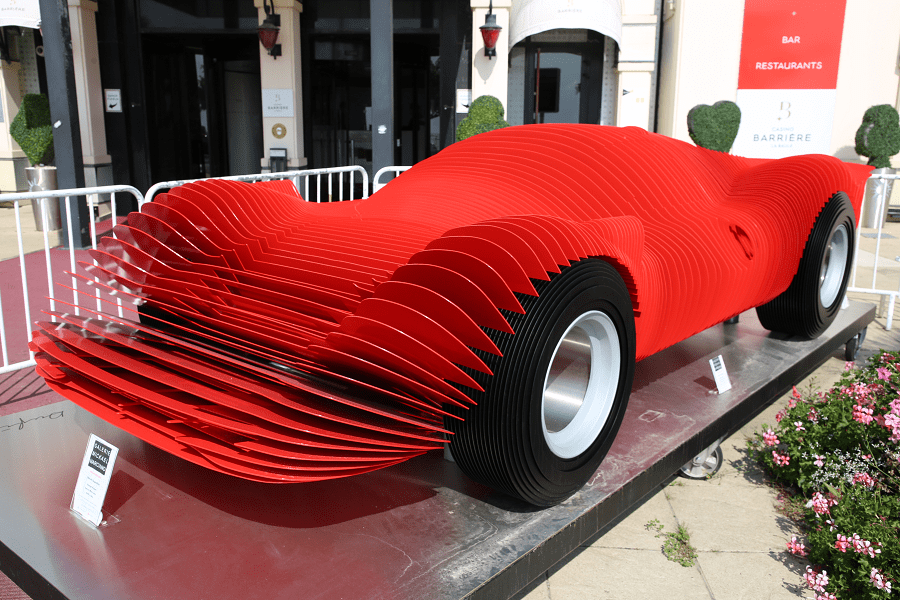 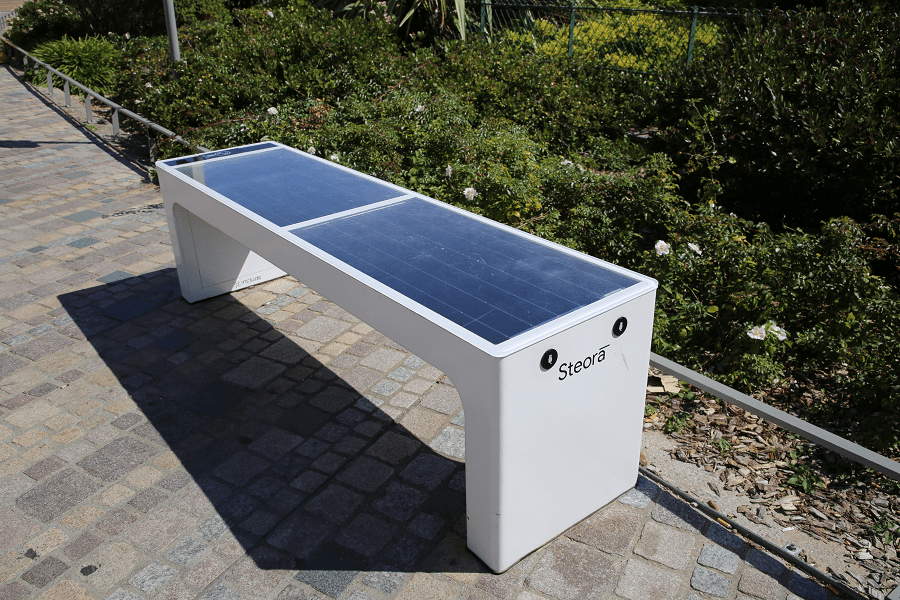 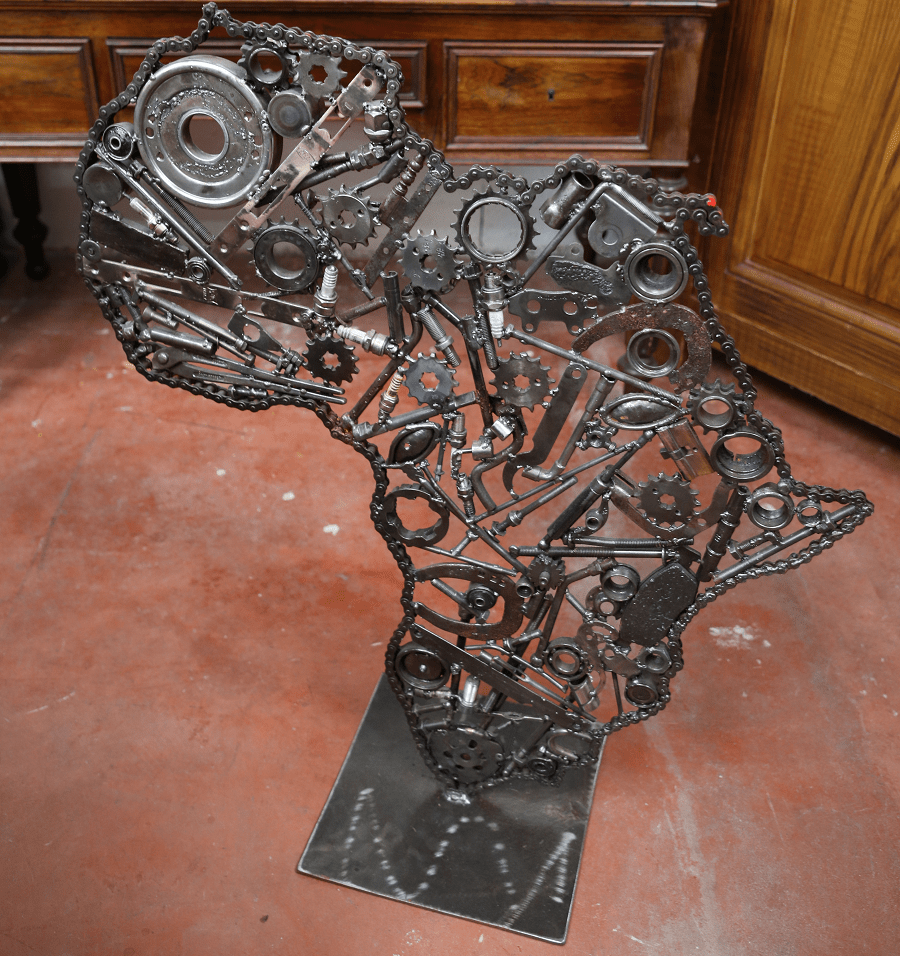 The African continent in metal