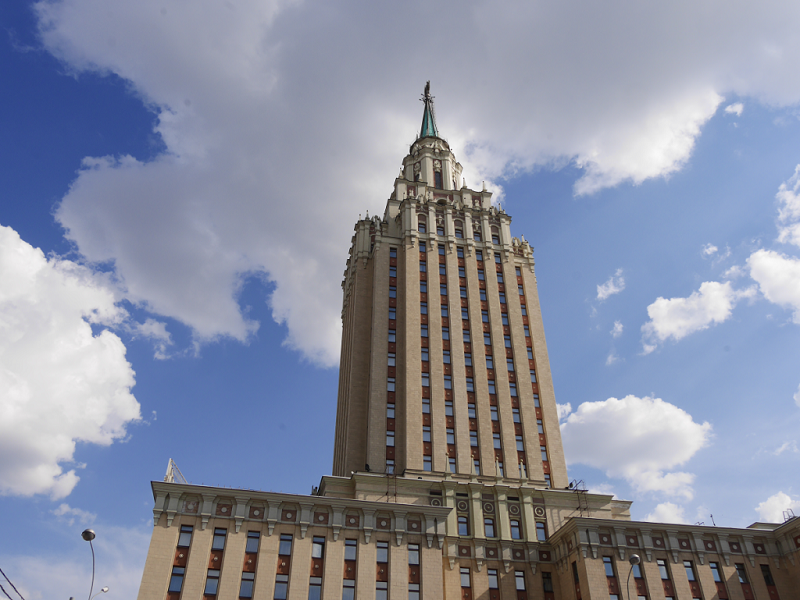 Leningradskaya Hotel (official name – Hilton Moscow Leningradskaya) is a high-rise building built in Moscow on Komsomolskaya Square in 1949-1954. The hotel was opened to visitors on November 1, 1953.

The lowest of the seven Stalinist skyscrapers – its spire reaches 139 m. The project of the building was developed by architects Leonid Polyakov and Alexander Boretsky.

Initially, the hotel had 349 rooms: from single-bed rooms with an area of 12 m² to three-room suites.

Since 2008, the hotel has been operating under the name Hilton Moscow Leningradskaya. 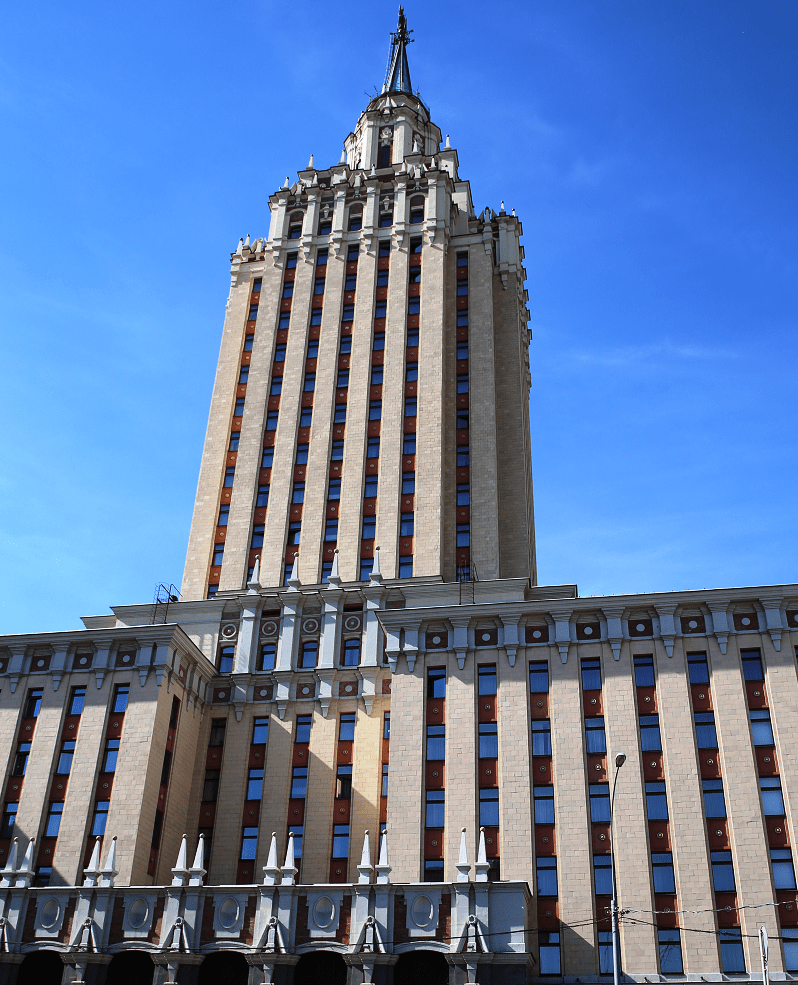 In the external design of the building, more than in other Stalinist skyscrapers, one can feel the influence of medieval Russian architecture. Contemporaries noted that the white-red-gold coloring of the walls “reminiscent of the favorite colors of ancient Russian architecture”, the central section is stylistically close to the Kremlin towers.

The main entrance is solved in the form of a terem porch. It is decorated with multi-profile cornices, bizarre pediments. The ribs and the emblem of the octagonal spire, the rosettes between the pylons and the balls on the obelisks are covered with gold. 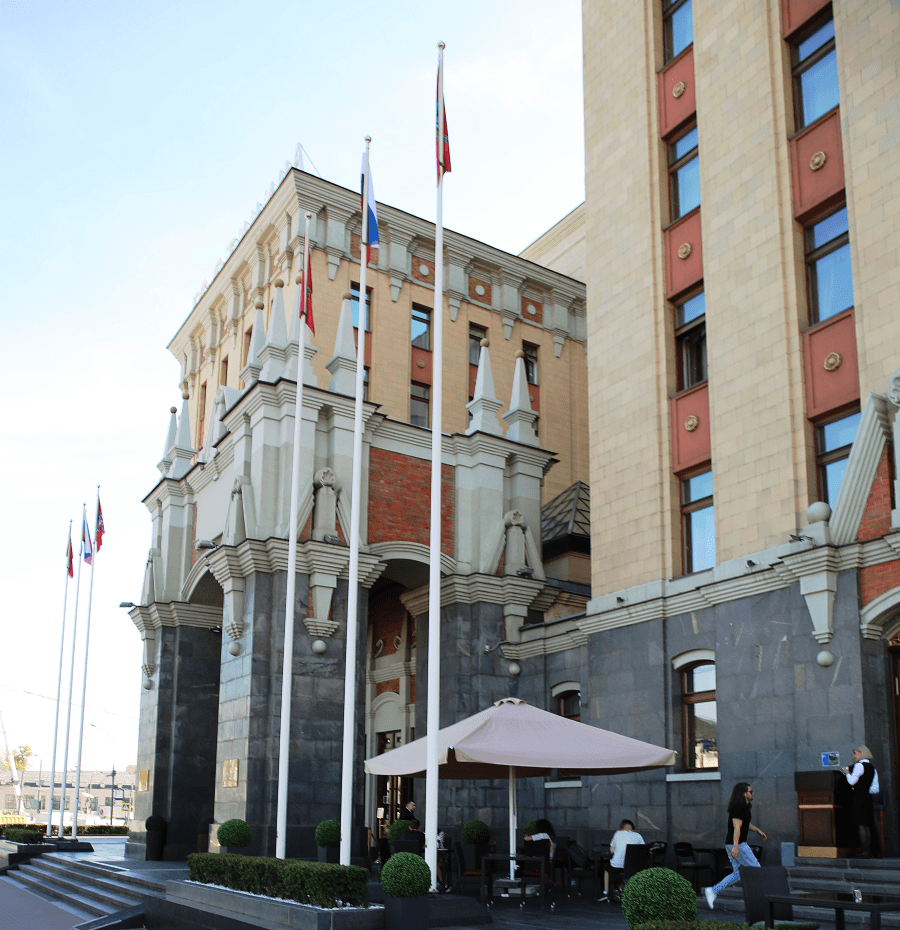 Stylistic borrowings in the interiors of the hotel are even more significant. Some design elements are copied from samples of pre-Petrine palaces and churches. The elevator hall, decorated with gold smalt and Shoksha porphyry, is made in the form of an altar niche. Chandeliers in the halls and on some staircases are stylized as chandeliers. A copy of the Golden Gates of the Kremlin Verkhospassky Cathedral divides the lobby into two zones. Motifs from the history of Russia were used in the interior design: on the first floor, two round medallions are installed. One of them symbolizes the victory of the Russians on the Kulikovo field, the second – the victory in the Battle on the Ice. 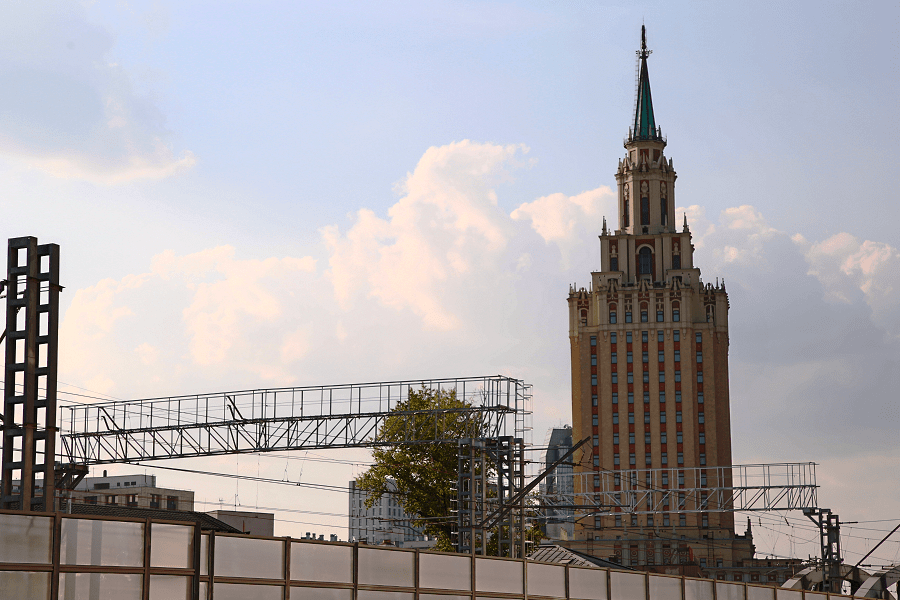 On the right front staircase in the space between the second and seventh floors there is a 15.5-meter bronze chandelier-garland. At the time of construction, it was the longest in the world, so an entry about it was added to the Guinness Book of Records. 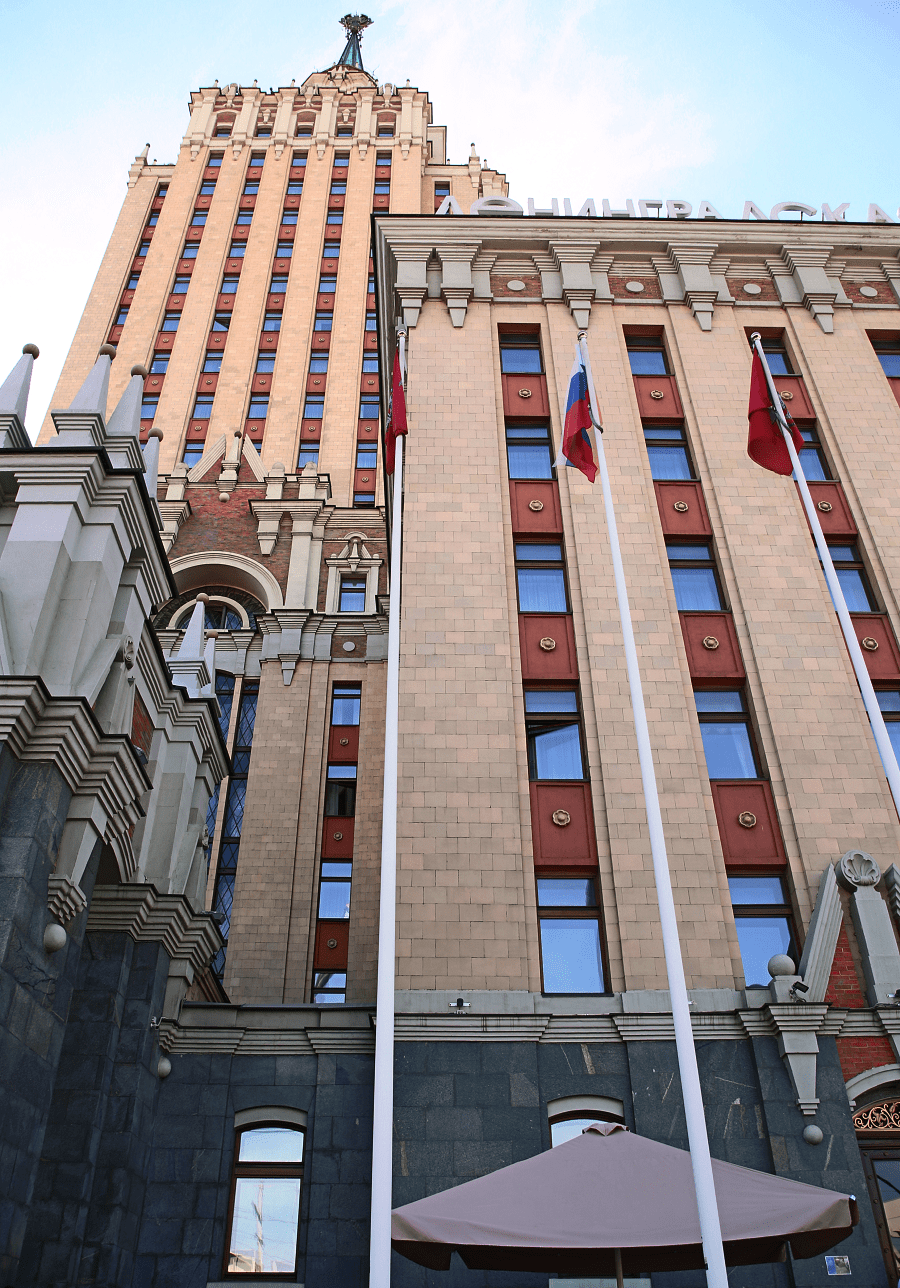