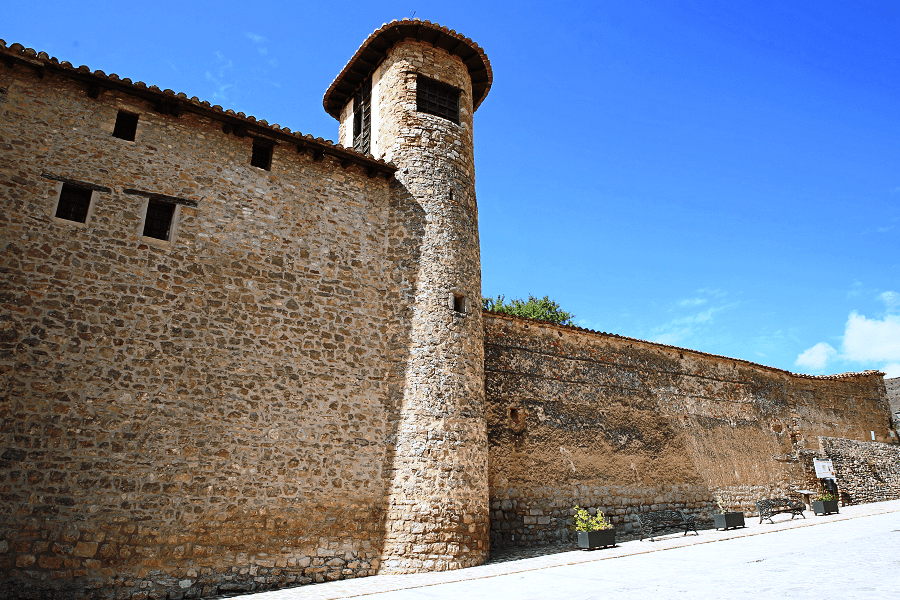 Mirambel is a town and municipality in the province of Teruel, autonomous community of Aragon, in the Maestrazgo region, Spain.

Since 2018 the city has been a part of the network “The most beautiful villages of Spain“. 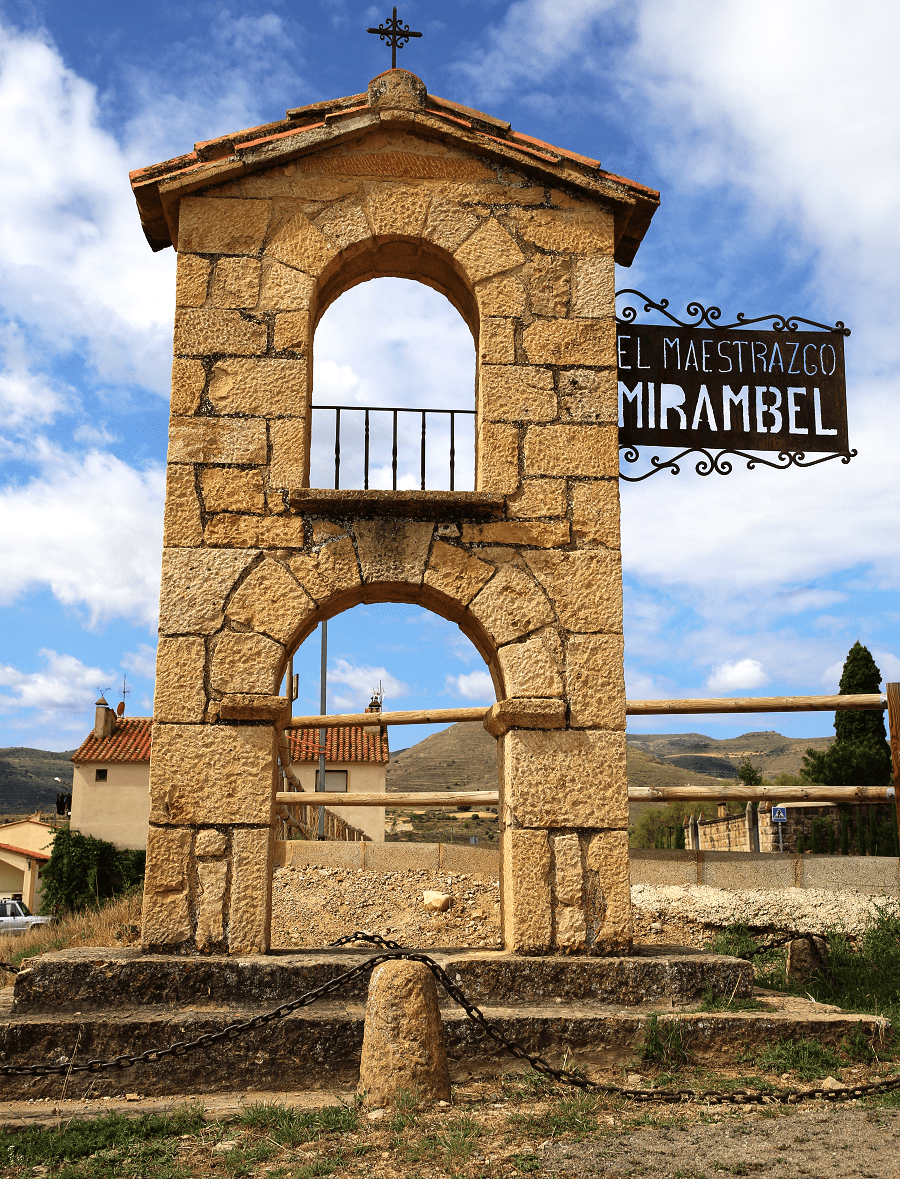 Historic center: The historic center of Mirambel is one of the most important architectural complexes in Aragon. In 1980 the entire urban area was declared BIC for being “a town steeped in history, fully preserving the walled enclosure and notable buildings, without altering the medieval image and atmosphere” and in 1981 it received the Gold Medal of Europe Nostra for the restoration work, which was personally delivered by Queen Sofia of Greece, who was granted the title of “adopted daughter of Mirambel”. 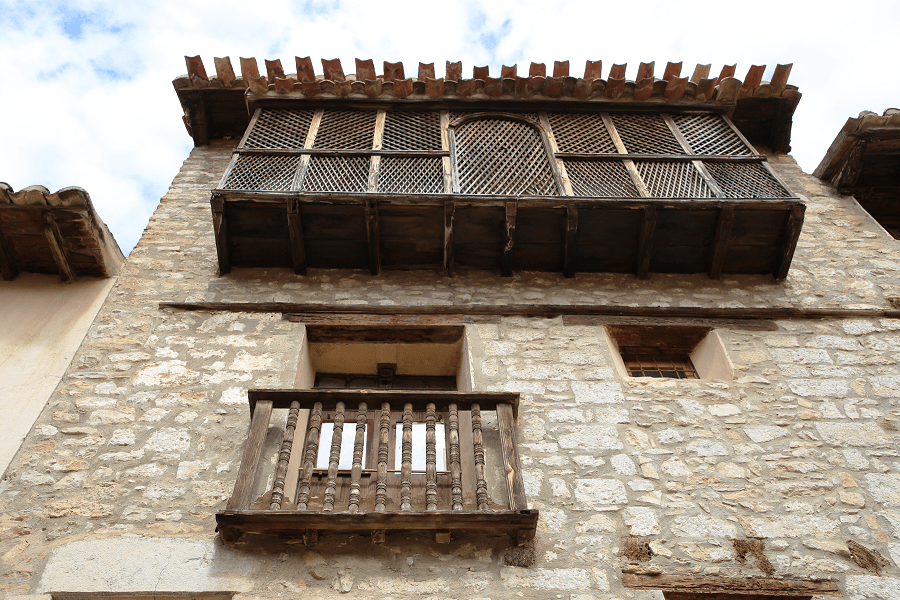 Walls: They completely surround the town and are partly hidden by the houses attached to them, except in the northern part, where they are totally visible. Part of the walls were built by the Knights Templar, and in their times there were at least five towers, of which two remain today, both in the northern part. 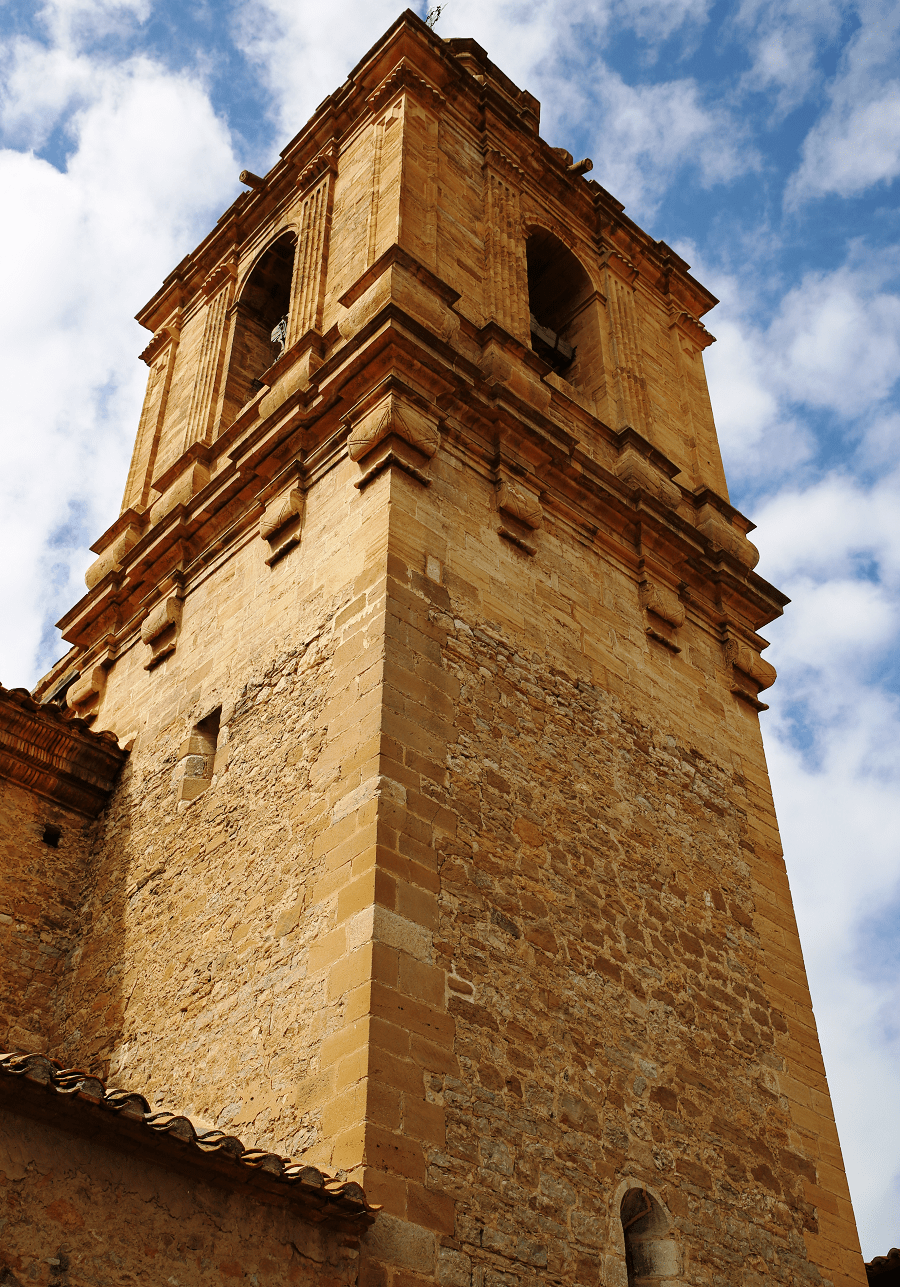 Convent of the Augustinian Nuns: It is known that in 1342 permission was given to rebuild a hermitage outside the town. 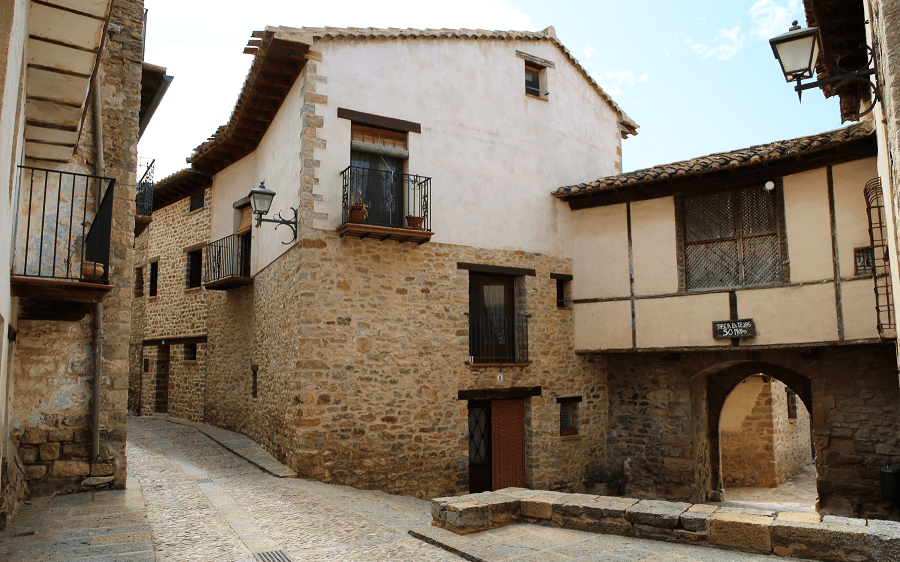 Church of Santa Margarita: The parochial church of Mirambel is already mentioned in its Puebla letter, in which King Jaime II of Aragon granted authorization to obtain resources for its repair in 1308. On September 12, 1679, we found an agreement from its neighbors to manufacture the new part of the church. 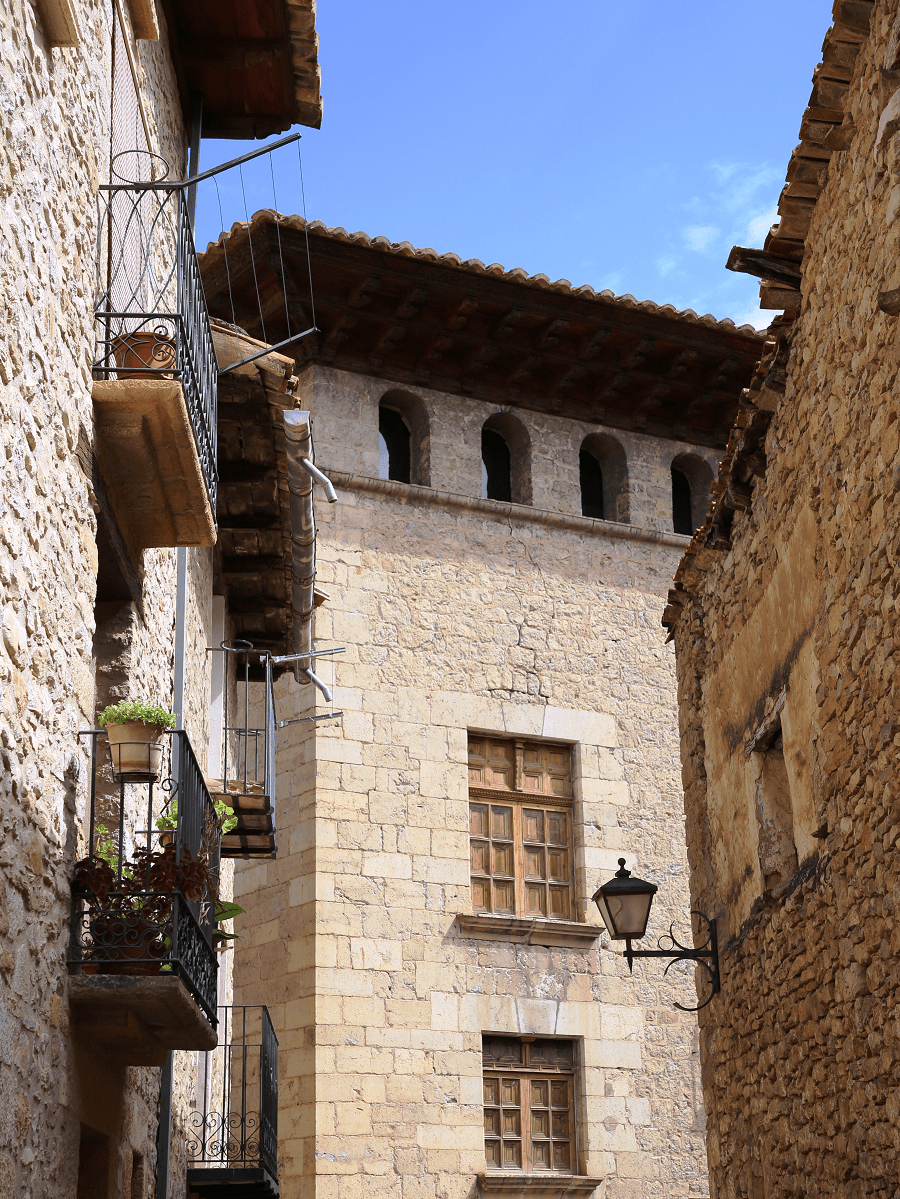 Town Hall: The Town Hall was completed in 1615, although the works had begun at least in 1538. It is framed in the tradition of the fish market and has three floors. It is characterized by the ashlar arches, the windows and the raffles of the rooftops, indicating a time of economic power. 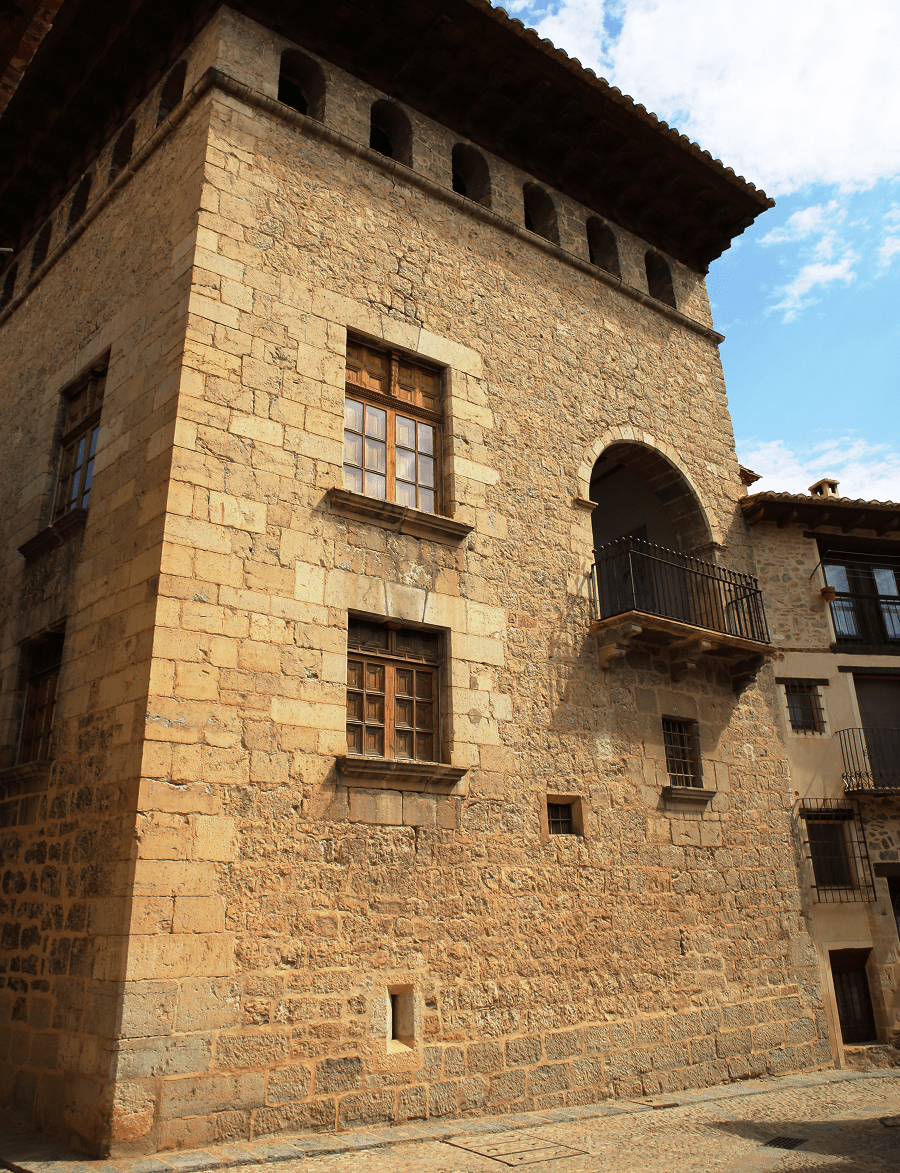 Castle: The main nucleus that remains today is the oldest part of it, and a small part of what it was during the Middle Ages. It dates back to at least the 13th century and was renovated several times until it became a private home around the 19th century and was largely demolished in the 1950s. 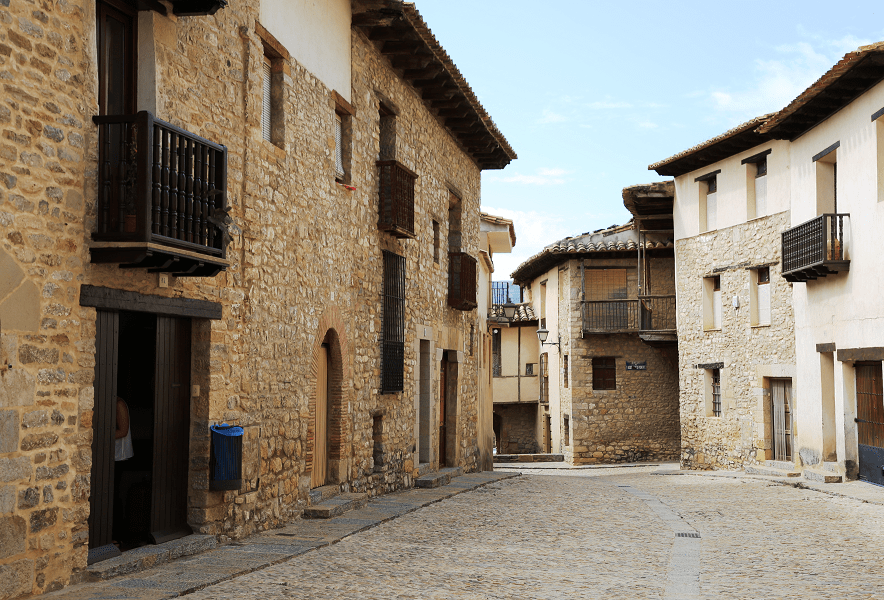 Casa de Aliaga: It has the typical layout of the Aragonese Renaissance palaces. It is very similar to the Casa Castellot, which is located in the same square. The entrance door to the palace is in a semicircular arch; on the main floor, the windows have molded windowsills; and the attic is closed with a gallery of Aragonese arches under a wide flown eaves. 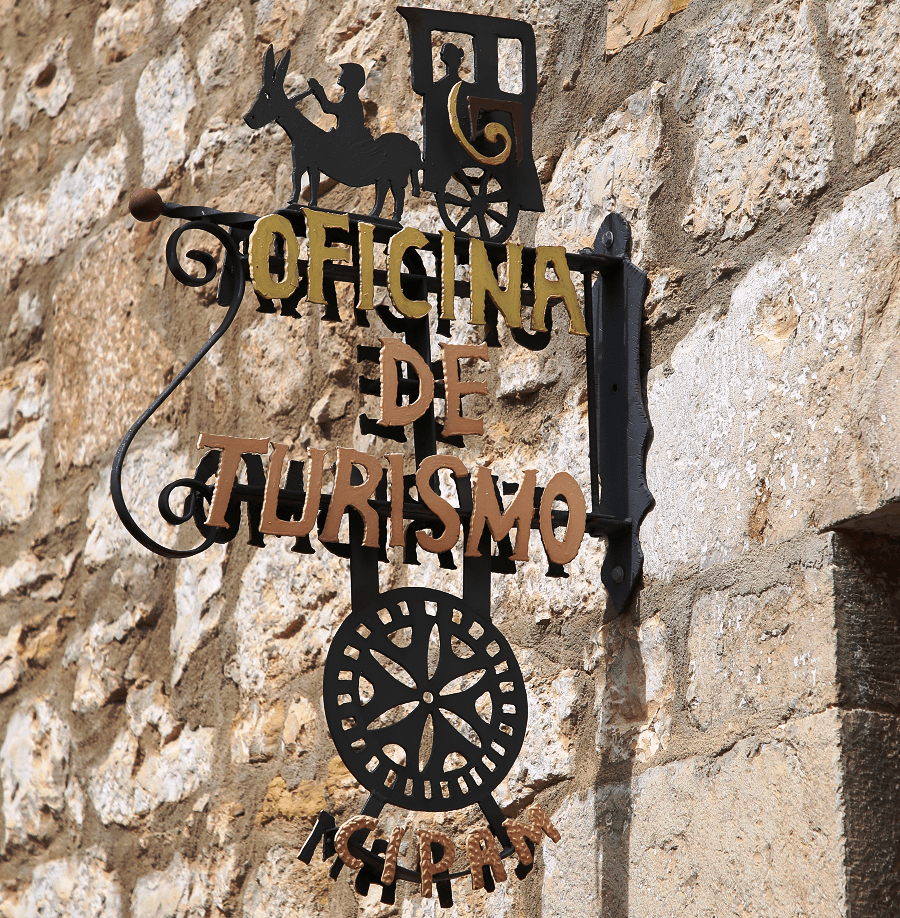 Casa Castellot: It is a typical Aragonese Renaissance palace, which occupies an entire front of the Aliaga square. All the signs of the high social status of the owner family are concentrated on the façade. On the ground floor there is a sober doorway with a semicircular arch. 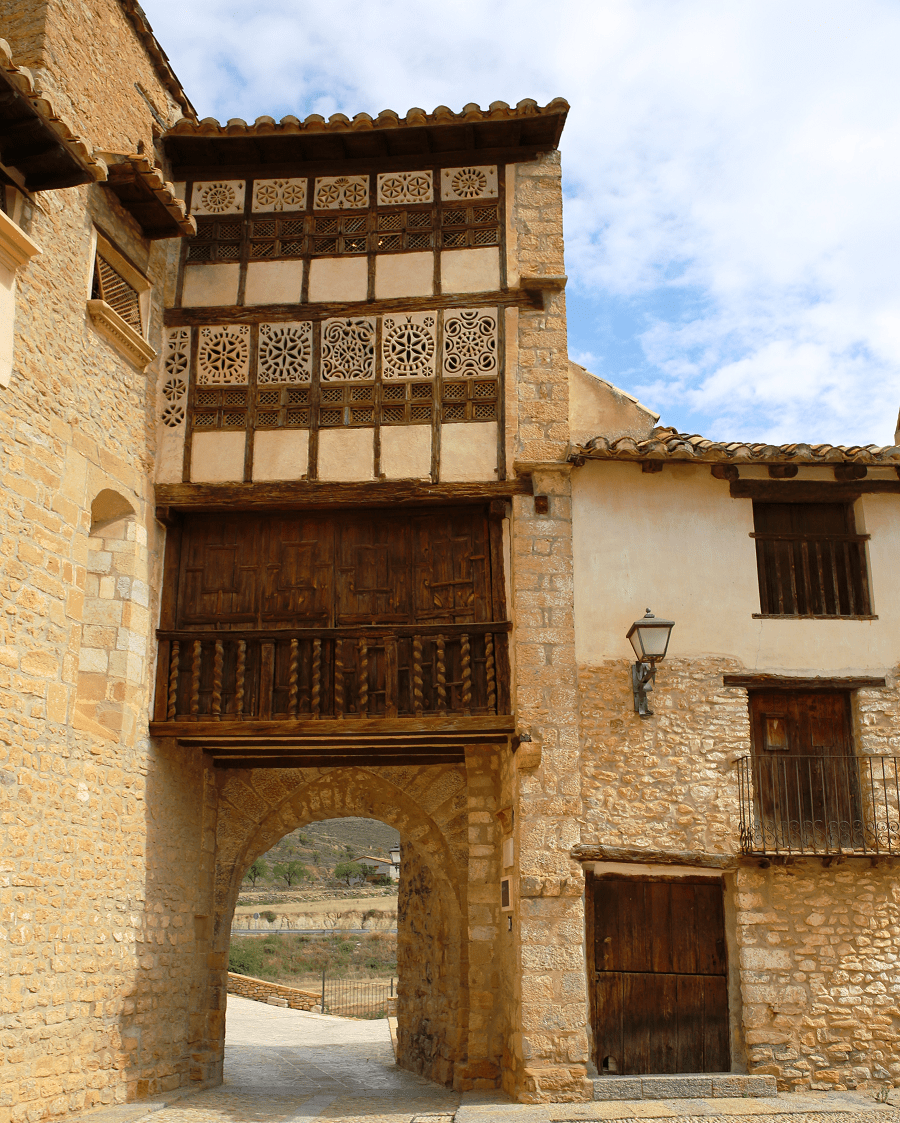 Cemetery: Linked to the parish church there was one of the old cemeteries, of which there are some remains. Originally it was considerably larger than it is today, as it was reduced when the church was enlarged in 1689. 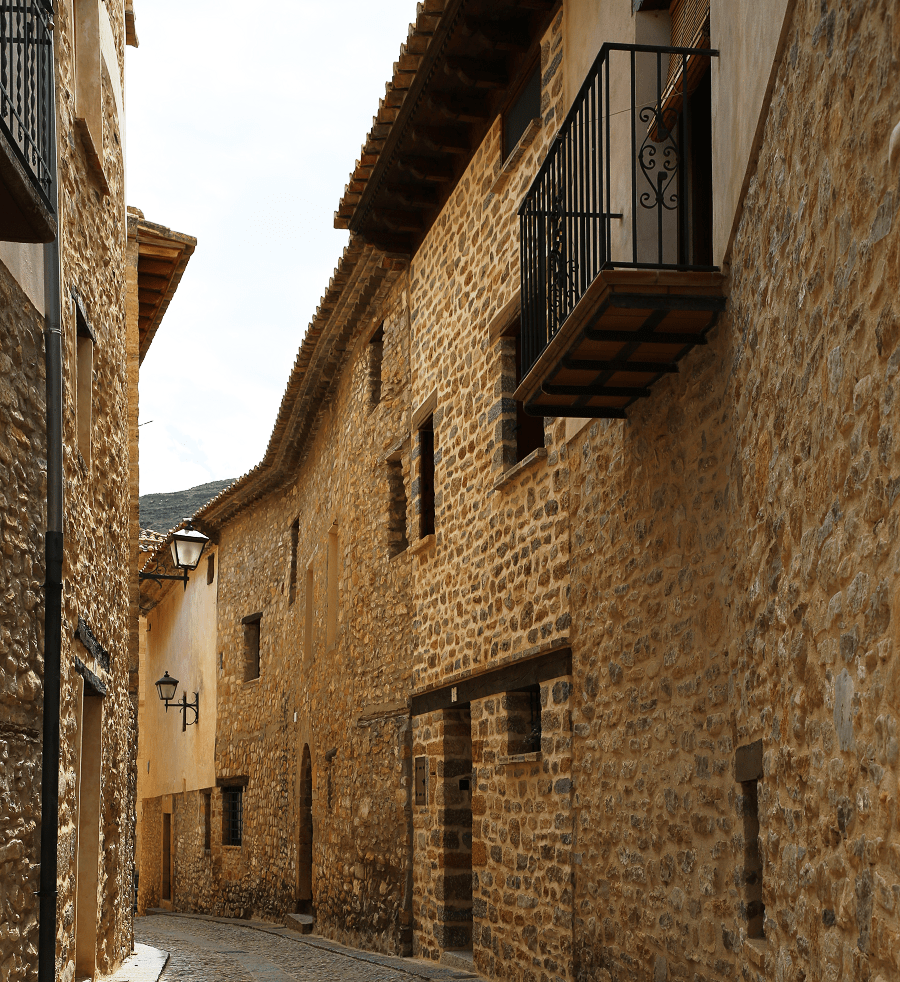 San Antón: It is celebrated on January 16, the eve of San Antonio Abad. Traditionally, the sanantonada is represented in the Plaza de Aliaga, but it has not been performed for years. 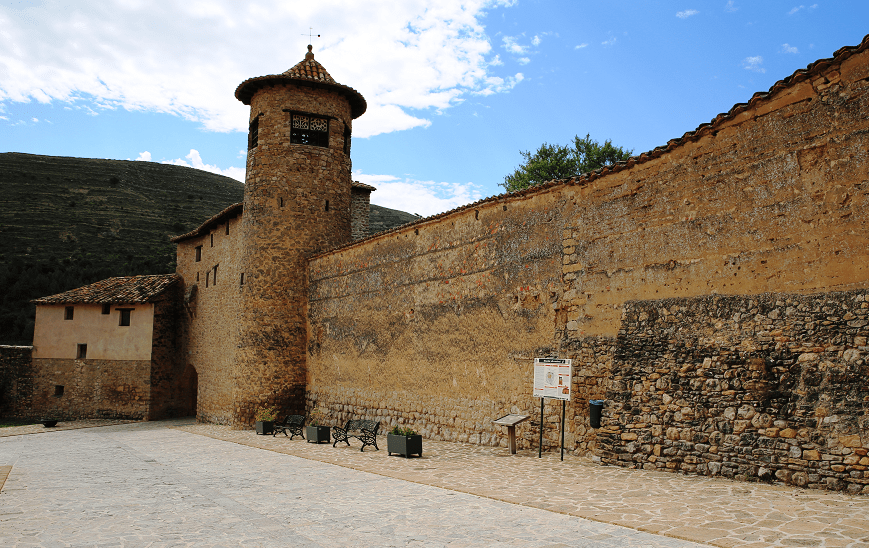 San Jorge: Patron of Aragon, his festival is celebrated on April 23 with a pilgrimage to the hermitage of San Jorge. 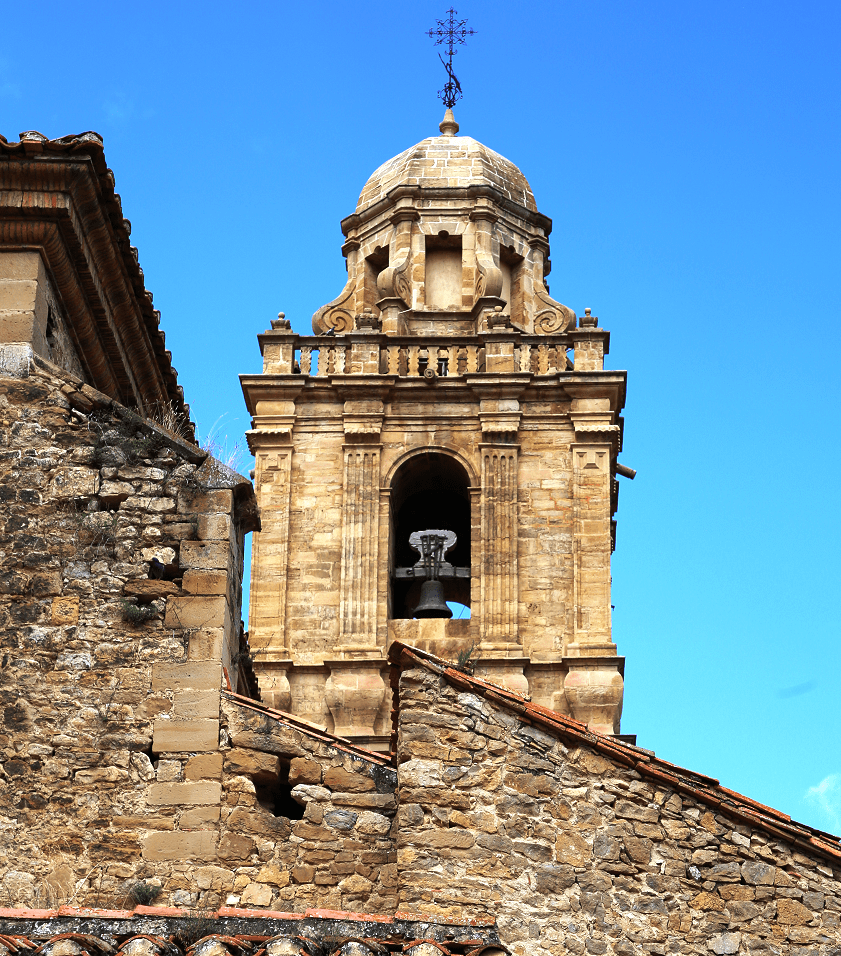 San Cristóbal: It is celebrated on May 1 with a pilgrimage to the hermitage of San Cristóbal. 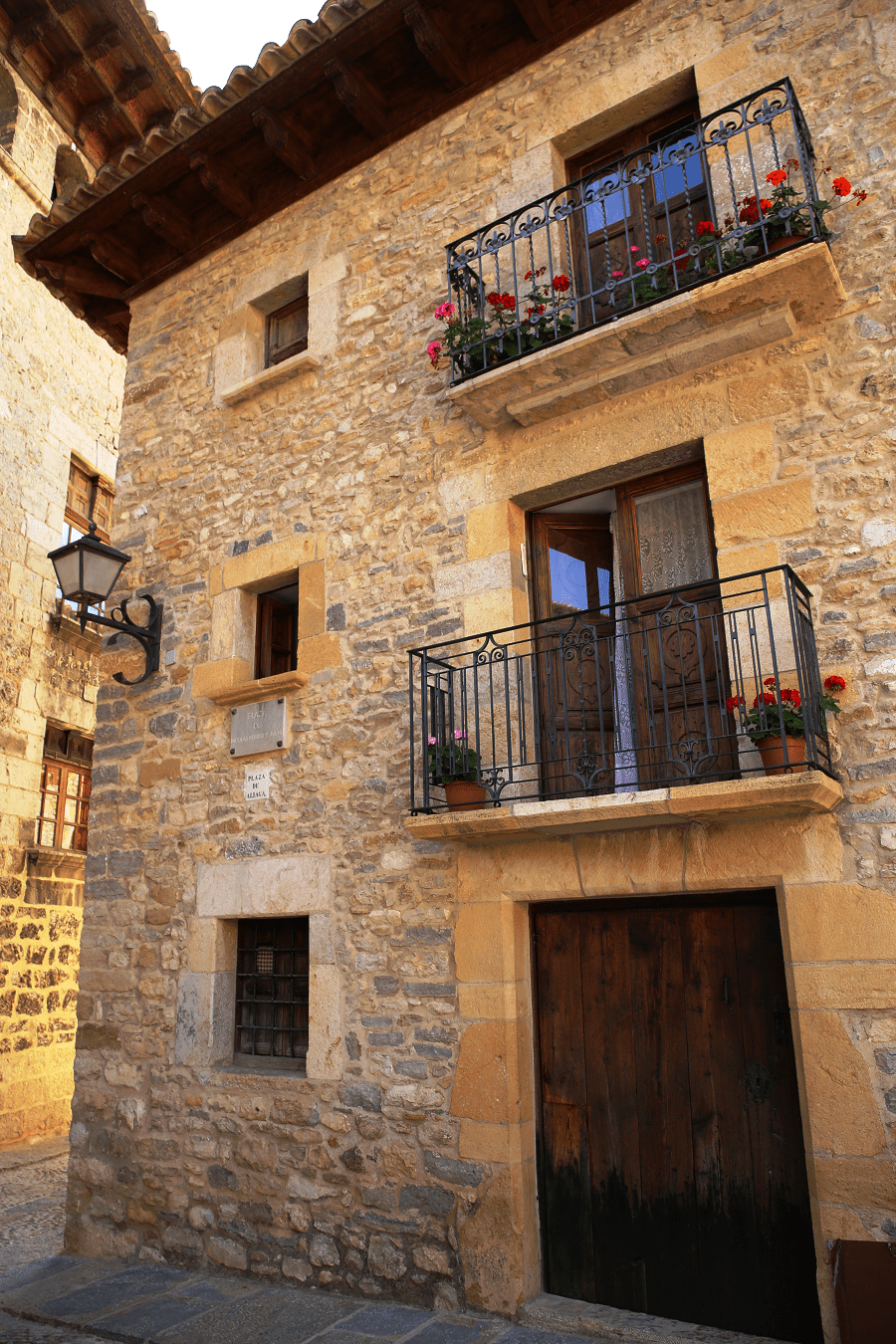 Santa Ana: It is celebrated on May 12 with a pilgrimage to the hermitage of Santa Ana. 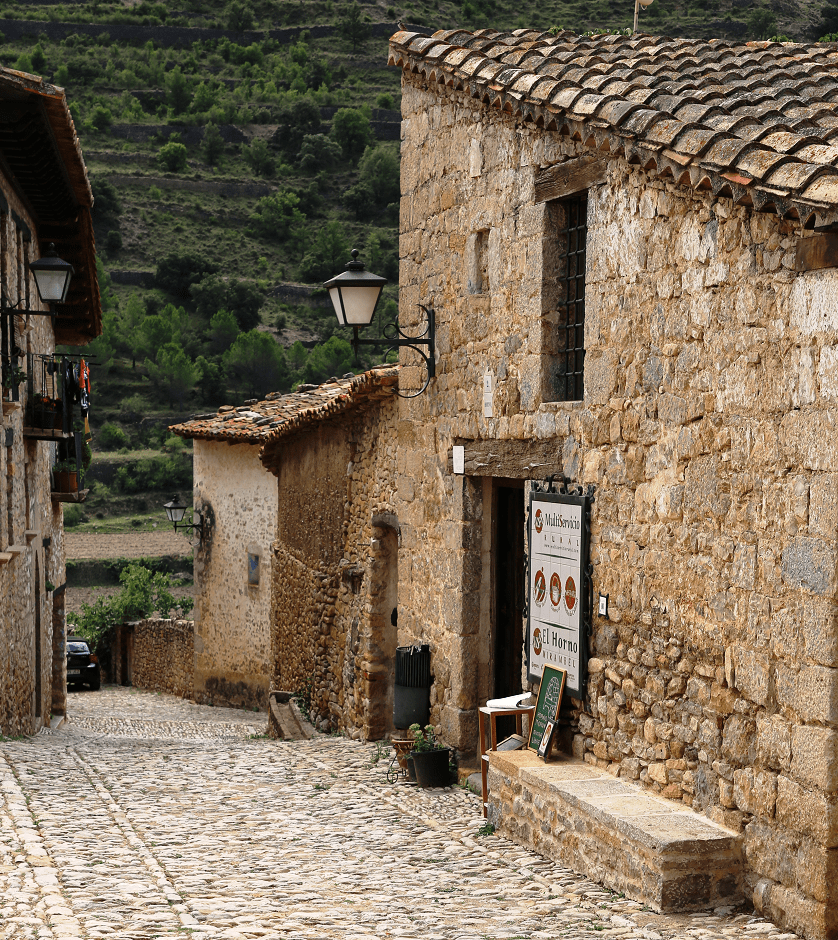 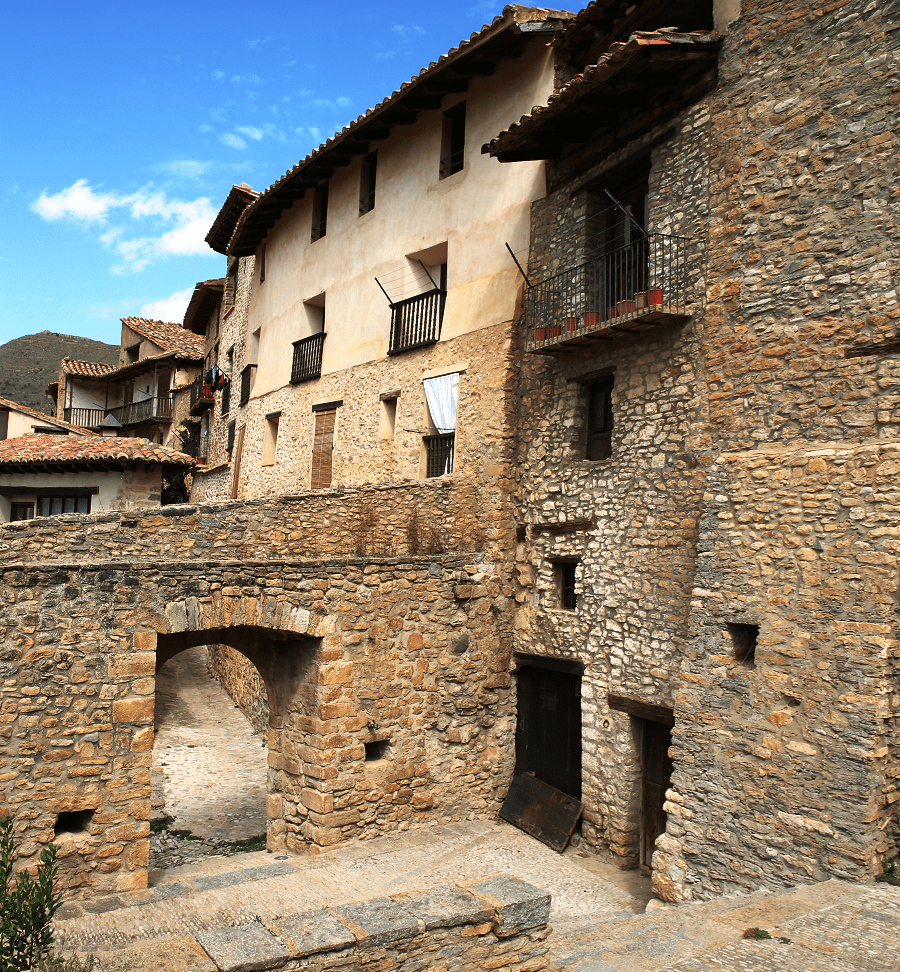 San Martín: Patron of the town, his festivity is celebrated on November 11 with a pilgrimage to the hermitage of San Martín and a mass of honor. 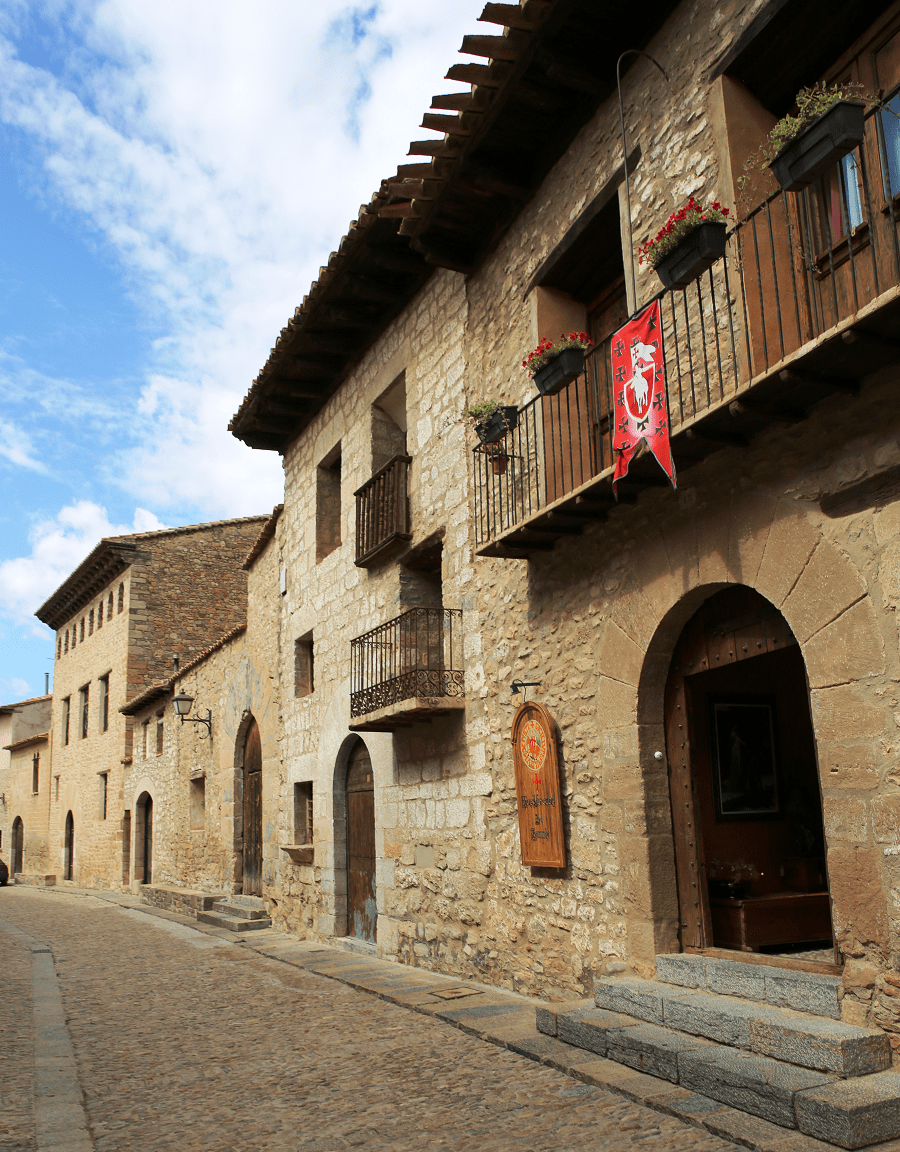 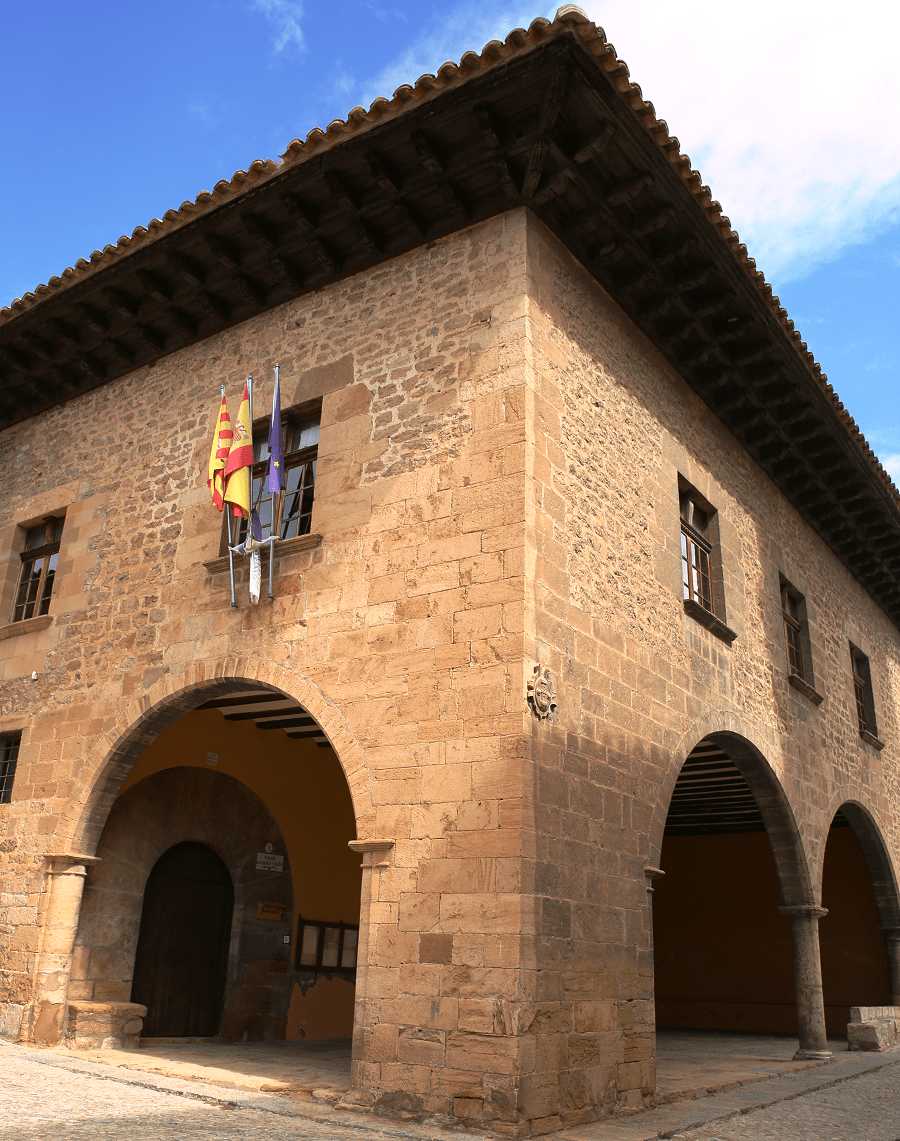 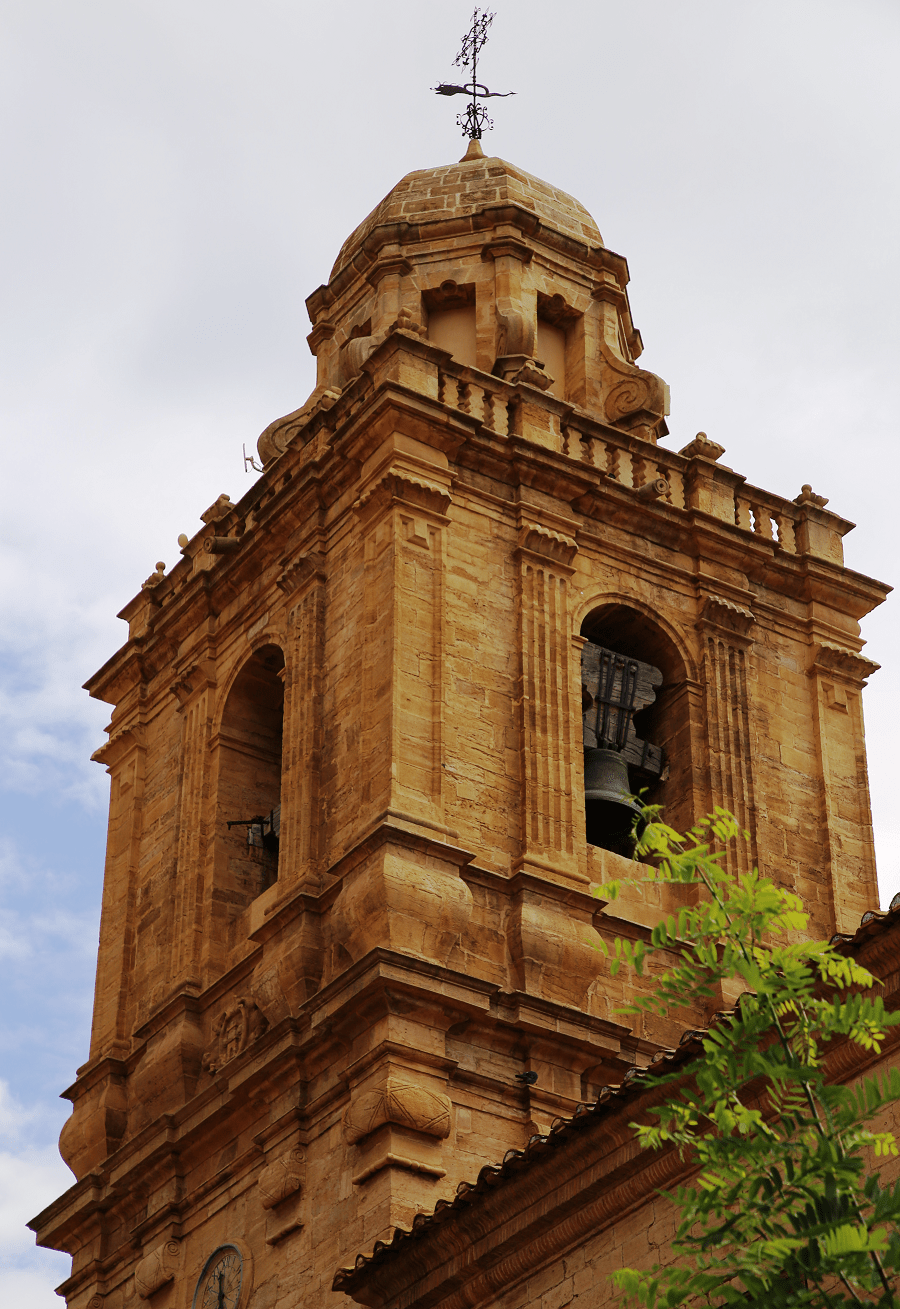 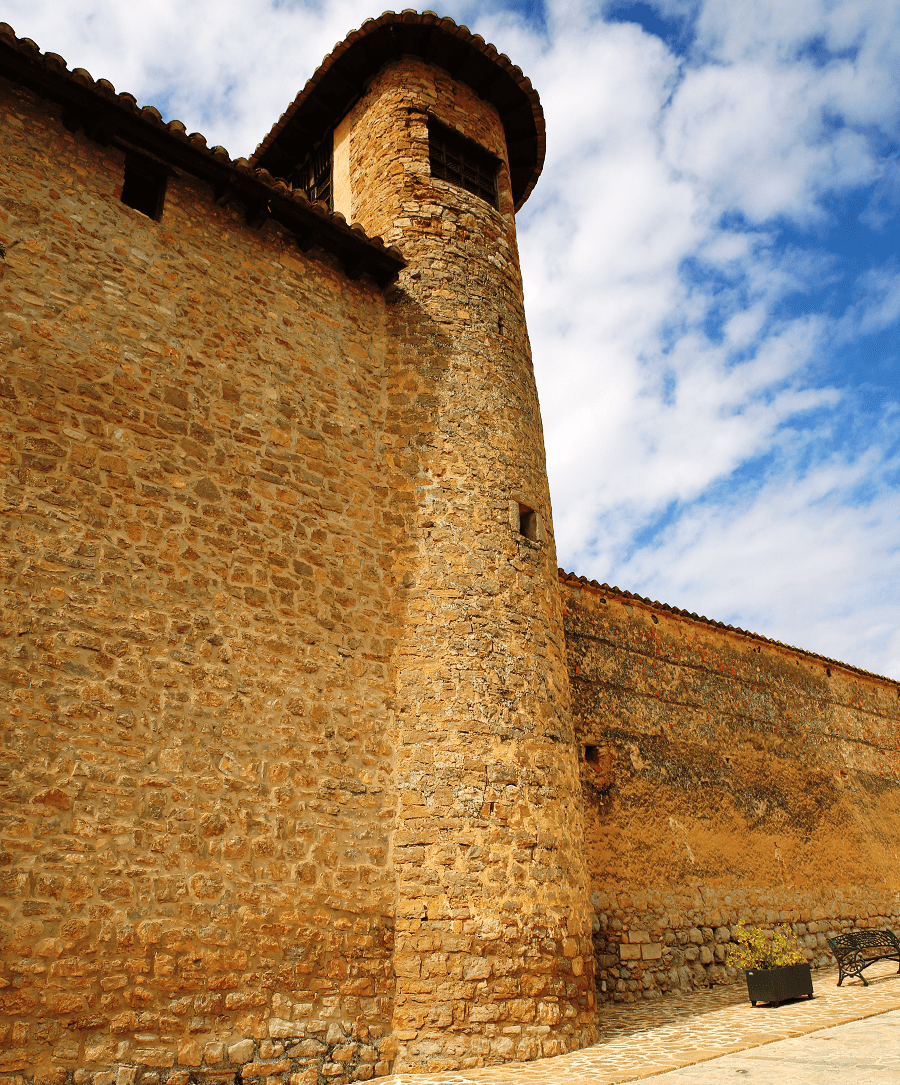 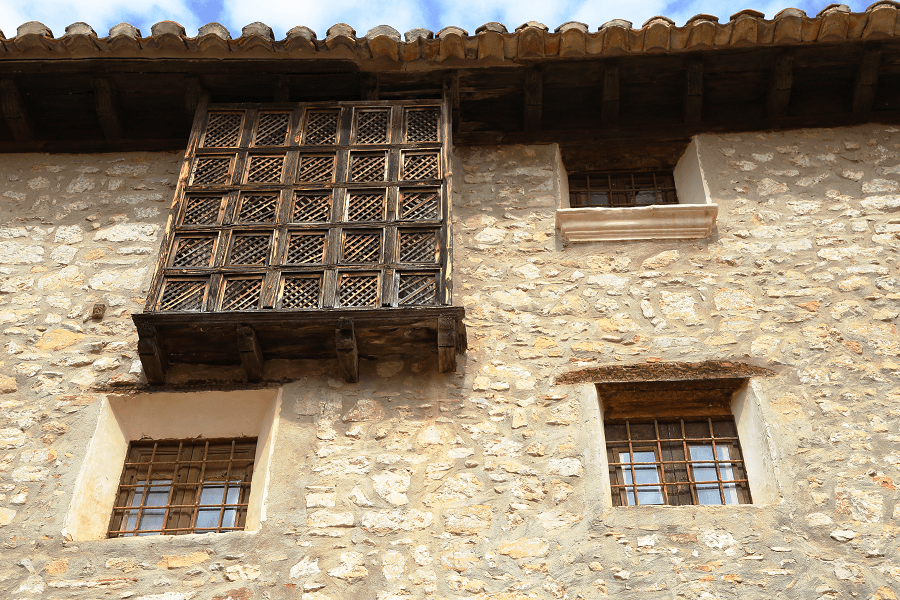