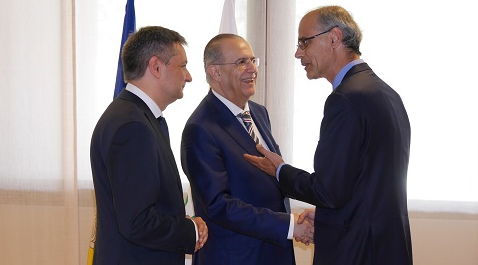 The Minister of Foreign Affairs of Cyprus Ioannis Kasoulides visited Andorra on 21st June. During the visit he met with Prime Minister of Andorra Antoni Marti and the Minister of foreign affairs of Andorra Gilbert Saboya. The parties noted the constructive bilateral relations between the two countries and discussed the issues related to the financial reform of the Principality and its economic openness.

Andorra and Cyprus to continue negotiations on the issue of the agreement of avoidance of double taxation between 2 countries.

“Ioannis Kasoulides expressed an interest in the process of negotiations of Andorra with Europe. Andorra and Cyprus have agreed to continue the cooperation work in the area of economic diversification,” reported in an official statement of Andorran government.