Andorran FM Gilbert Saboya met with representatives of diplomatic corps of more than 20 countries members of the EU • All PYRENEES · France, Spain, Andorra 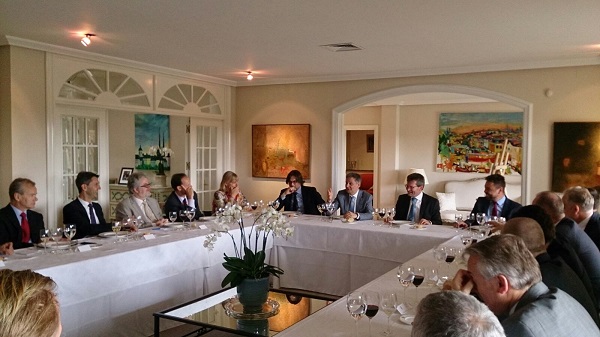 Andorran FM Gilbert Saboya met on Thursday with ambassadors and representatives of diplomatic corps of more than 20 countries members of the European Union. The meeting was held at the residence of the Ambassador of Luxembourg in Spain, Jean Graff in Madrid.

Among the discussed issues discussed – political and economic stability of Andorra, recent sale of assets of BPA bank and functioning of the new bank Vallbanc, as well as strengthening of the financial sector in Andorra.

Gilbert Saboya confirmed Andorran government´s policy of openness and expressed willingness to continue cooperation with the European Union in the tax matters.