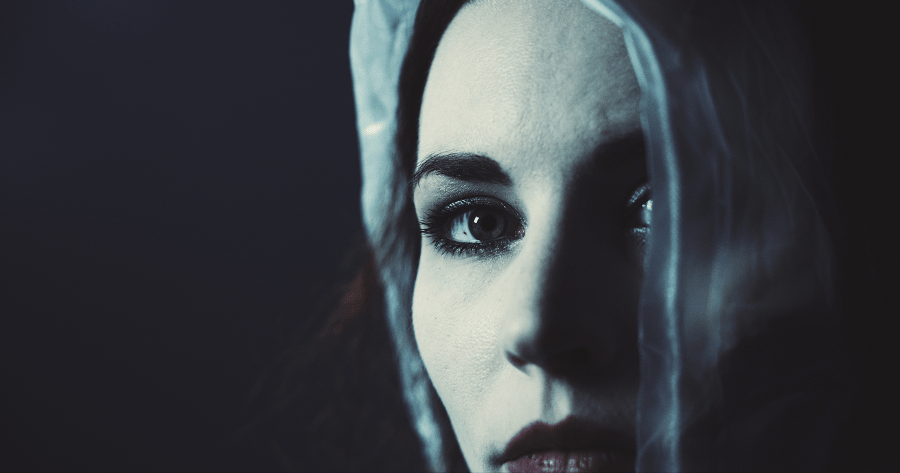 Mina Spiler talks about her latest musical project Kreda, her work with Laibach and impressions from their historical show in North Korea, her current lifestyle and other interesting stuff

Mina Spiler is mostly known to the mass audience for her angelic voice in one of the most controversial and provocative bands of our time – Laibach. Laibach’s musical dramaturgy of the last decade was based largely on the striking contrast of Mina Spiler’s crystal clear voice and the infernal hoarse vocal of the band’s long time frontman Milan Fras. As well, Mina’s stunning and cold type of Slovenian beauty perfectly fits in with the grotesque and totalitarian style of Laibach’s shows and music.

However, Mina’s musical background goes far beyond her work with Laibach. She is also a member of the Slovenian synth-pop band Melodrom. With 4 albums and a lot of shows all around Europe under their belt, Melodrom is now having a break from creating new music and as Mina says is in a state of a dormant kitten that could snooze forever or be suddenly awakened. 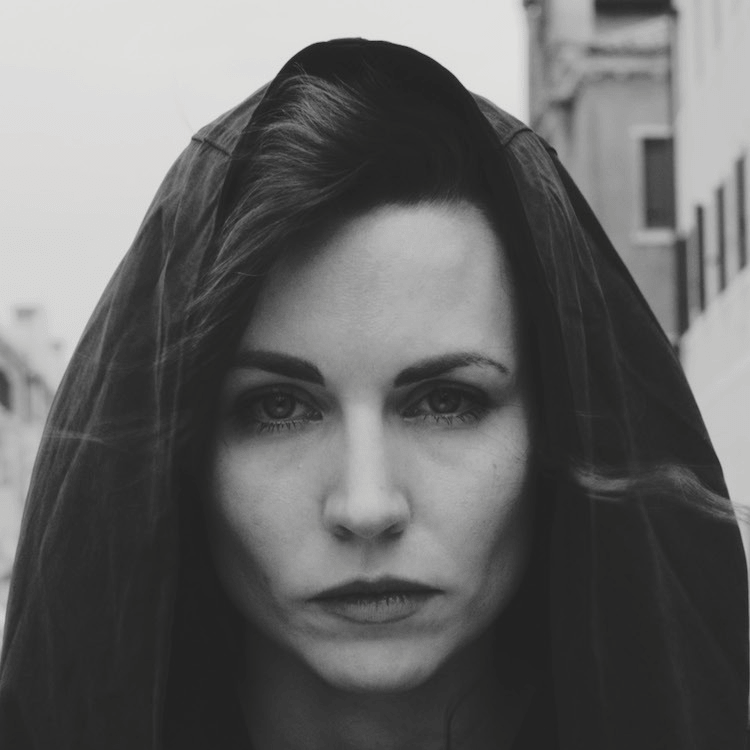 At the moment, after many years of intensive recording and touring with Laibach, Mina Spiler is having a well-deserved break from this musical affair and is concentrated mostly now on her new project Kreda, which is going to be released this week. We had a chance to talk with Mina about Kreda’s musical origins, influences and ideas, impressions from the historical Laibach tour to North Korea, her current lifestyle, views on the opportunity of performing in the Pyrenees and other interesting stuff.

Hi Mina! Thank you for finding time for this interview. It would be interesting to know about your new project Kreda. What is it all about? How did the idea of the project come about and what are Kreda’s main songs and poetic directions and inspirations?

It is my pleasure, thank you.

Kreda came to life retrospectively. I’m sure each of us would tell a rather different story, but for me; the initial decisive thing was – besides of course teaming up with Matevž, Alastair and Atej – a trip to Venice. We had a chance to privately explore Palazzo Grassi where, just then, Damien Hirst was exhibiting Treasures from the Wreck of the Unbelievable.

Later on we drove around the Venetian canals. The whole trip triggered thought and left an imprint on us; crucial for the initial work that later resulted in Emotional Tides. Venice’s background gave a wonderful feeling of awakeness, as we were excited by the monuments to the fallen ideals and overgrown culture.

A supersized vivarium where the past and present art worlds collide so obviously, Venice is full of paradoxes. A marvel of the contemporary world and a sinking theme park with the underworld of a flooded dead forest. By the way, those are Slovene and Croatian trees from the time when the Slavs slaves supported Venetian existence and luxury style. Armed with such baseline notions, we left all the romanticism behind, focused on bits and pieces of the bigger picture, tuned in to each other, found our common ground, and out came Kreda. Our name is from an artificially formed, beautiful alpine lake: that is our local scenery. 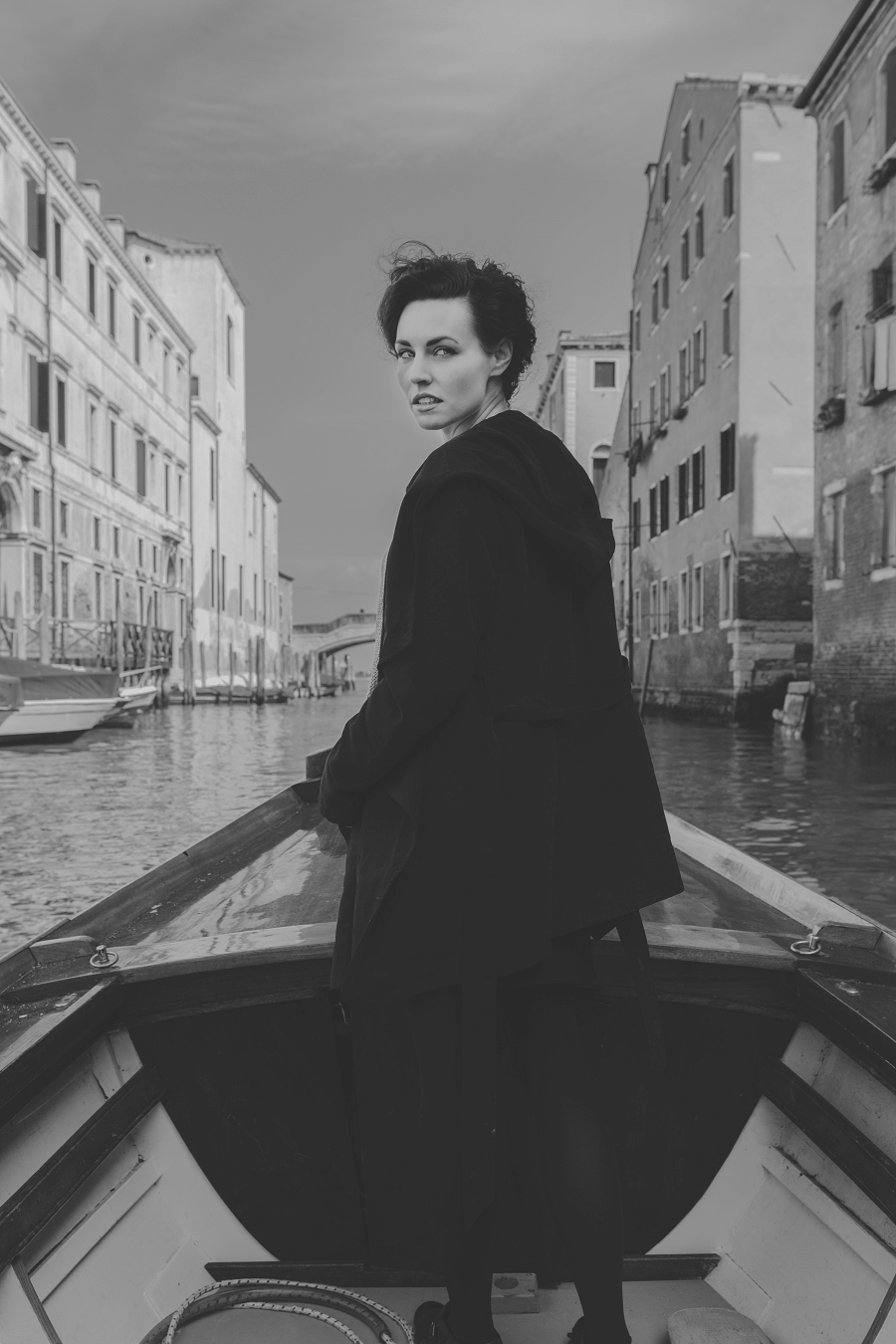 Is it correct to say that in some ways Kreda’s sound and vibe is much closer to Laibach than the sound and vibe of another project in which you were heavily involved – Melodrom? At least in terms of things such as a cold, industrial sound with symphonic elements, dealing with serious global topics in the lyrics and using a multimedia approach with visual art as the part of the show?

Sure, you could say that, but you could also put it vice versa and still be equally right.

Certainly, being so directly inspired by certain places, real natural and cultural phenomena, the visual component strongly underlines the whole mood. But the focus with Kreda is on details of life, on solitude and the inner interpretation of the so-called global topics. While Laibach addresses the sociability within us, you could claim the opposite here; the omnipresent social imprint is questioning our notion of individuality. 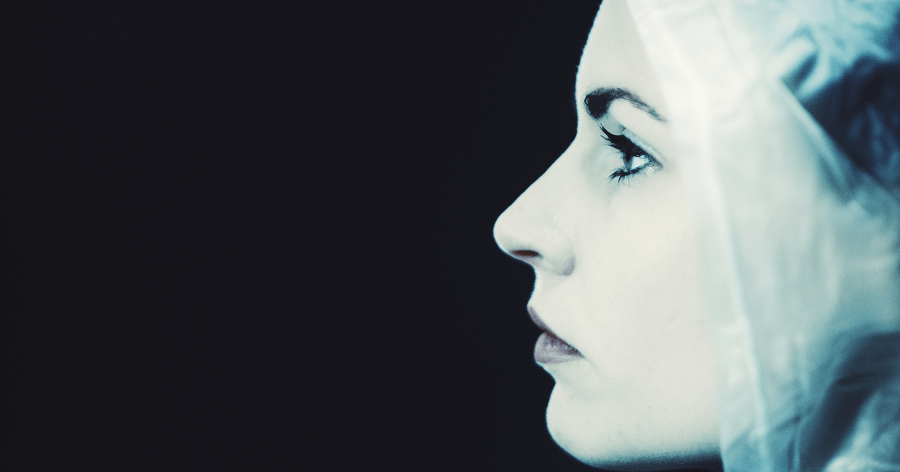 Can you please tell us a bit about the other people, your partners in Kreda?

They are more than partners – Kreda is us. I’ve been working with Matevž since the very beginning. We were together in Melodrom, Laibach, and now Kreda. Some years ago we met Alastair and were intrigued by his approach and experiments. We knew we wanted to do music together. And then there’s Atej, a visual artist, whom we befriended over these last years; his visual input, and also the mere fact that he “reintroduced” Venice to us, played a vital role in everything coming together the way it did.

What are your plans for Kreda after releasing an EP – do you have some tours/shows or plans for music videos/a full album that will follow?

Who knows what the future will bring, no matter how much we’re forging it. We’re open to surprises, and maybe it’s best if the plans remain unspoken of for the time being.

Is Kreda for you like a break and like switching to something else after working so long and hard with Laibach that was full of recordings and intensive touring? And do you have plans to work with Laibach again in the future?

It is a respite and an opportunity to do something completely different. I’m still closely connected to Laibach, although our artistic paths and ideas occasionally part ways. I guess our relationship is a bit of a Hotel California situation for me.

Working with Laibach probably took a lot of time and energy. How did you fill your days during the recent break you took? Do you have a more relaxed lifestyle at the moment?

On the contrary. As much time and energy it took, I still had plenty left over and now, when I added family into the mix, I see that my former lifestyle was actually very relaxed, almost to the point where I’d get downright lazy. I’m now more motivated and active than ever, even though it appears I’m doing less than ever.

In the last few years you toured a lot with Laibach around the world. Maybe you have some really memorable trips and stories that you can share – maybe something about North Korea?

There are many memorable trips and stories, North Korea being just a cherry on the top, due to the undoubtedly exotic appeal it has for the majority of non-North Koreans. That trip and performance was definitely one of the most enlightening, for both parties involved and for me personally, one of the most, if not the most, extraordinary.

North Korea is surprising, in every way. On one hand, it is more or less exactly as depicted by the so-called western media and imagined by the majority of outsiders, but at the same time, it is much more than that. At first, we tend to see all the things that the prejudice we come with induces us to see, but when you take another look, you find yourself leaving the country more confused and with more questions than you came with.

I couldn’t say I actually know much more than I did before, but it was nevertheless very educative. It was a valuable experience. It is just amazing to see, up close, a state that would so frankly and shamelessly practice such a totalitarian attitude on all individual/social relations. But at the same time, the fact that obvious poverty, isolation and being pinned under a regime remain circumstances that don’t really define an individual as such but make people seem to be focused on more basic interrelations; with their sincere politeness, general consideration, basic dignity.

North Koreans present an uncomfortable mirror to us “westerners”, that like to see ourselves as the bearers of a dignified society. 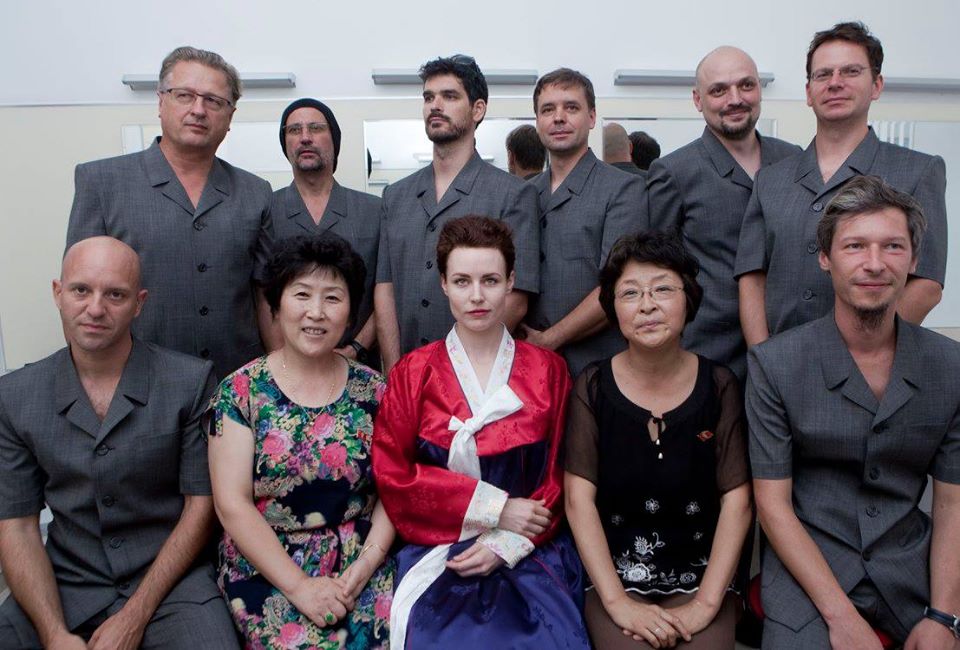 But with all these obvious reflections aside, another unexpected thing I encountered there was the sound of Pyongyang. It was a very hot August, while we were there, and the air was filled with an oscillation of some special, local type of cicadas, huge ones, that were producing this electrical buzz, oscillating frequency; I first thought we were hearing the power plants running.

Are there any plans for new Melodrom music or any other interesting projects that we need to know about?

Melodrom is a dormant kitten. It could snooze forever or be suddenly awakened. Currently, we are five, six planets, traveling our own orbits. Maybe we’ll realign again someday. But for now, Kreda’s release is the thing I’d like people to know about. 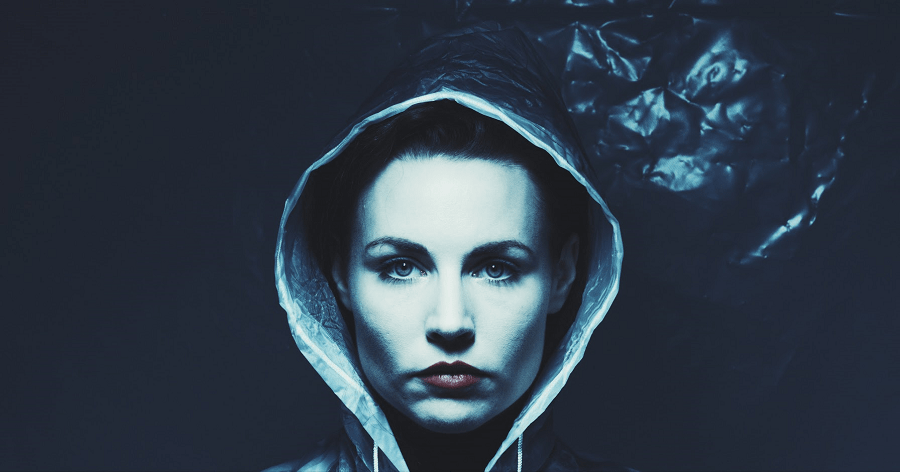 Have you ever had a chance to perform in Andorra or somewhere nearby in the Pyrenees region and if not, do you plan to look at this possibility?

Unfortunately no, I haven’t. If I ever get the chance, I’d certainly take it. It’s always exciting to go somewhere where you haven’t been before, but in Andorra’s case, it sounds especially appealing, I guess because of this “natural sympathy” I have towards another small nation.