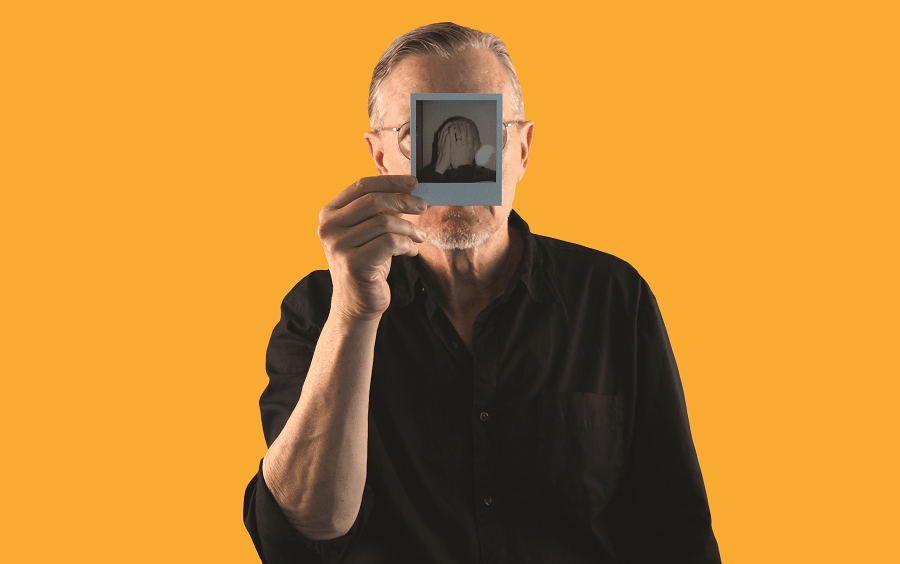 Michael Gira talks about the latest Swans album, methods of working on music, his experience as a writer, current plans and other interesting things

Michael Gira is the mastermind behind the legendary band Swans or, as he calls his role in this remarkable project – the director of proceedings, primary songwriter and vocalist and producer. Over almost 4 decades of Swans existence, the band has had a revolving cast of contributors that put their skills into Michaels Gira’s musical vision.

Swans is known as a band that rapidly changed its sound over the years, starting from their first albums at the beginning of the 80s that were a perfect example of the emerging industrial and noise music to their later works that followed a more mellow and a kind of gothic style. However, Michael Gira does not like any cliché’s and tends to stick to his music and characterizes Swans as a band with a unique sound and its own world and it’s really hard to doubt about it and to compare Swans musical vision to any other band the world.

Besides Swans, Michael Gira was involved in many other projects like another band Angels of Light, solo albums and running a record label Young God Records that used to present many interesting artists to the world. Being concentrated on these projects kept Gira away from Swans from the end of the 90s until 2010 and the new comeback of the band happened in 2010. Since that time Swans has recorded 5 studio albums and had a lot of shows all over the world which were attended by their old loyal fans and the new admirers of Swans unique sound and vision.

We had a chance to talk with Michael Gira about Swans latest album “leaving meaning”, his methods of working on music, writing experience, current plans and other interesting things.

Hi Michael! Thank you for finding time for us. You released the new Swans album “leaving meaning” a few months ago. Can you please tell us a bit about this work?

Well, once I had decided to disband the Swans as it had been for the last 8 years, I decided to get together people whom I admired to help me to orchestrate the new songs that I had written. All of the people that have been in the previous group also played on this record but not as a band, they played as individuals. 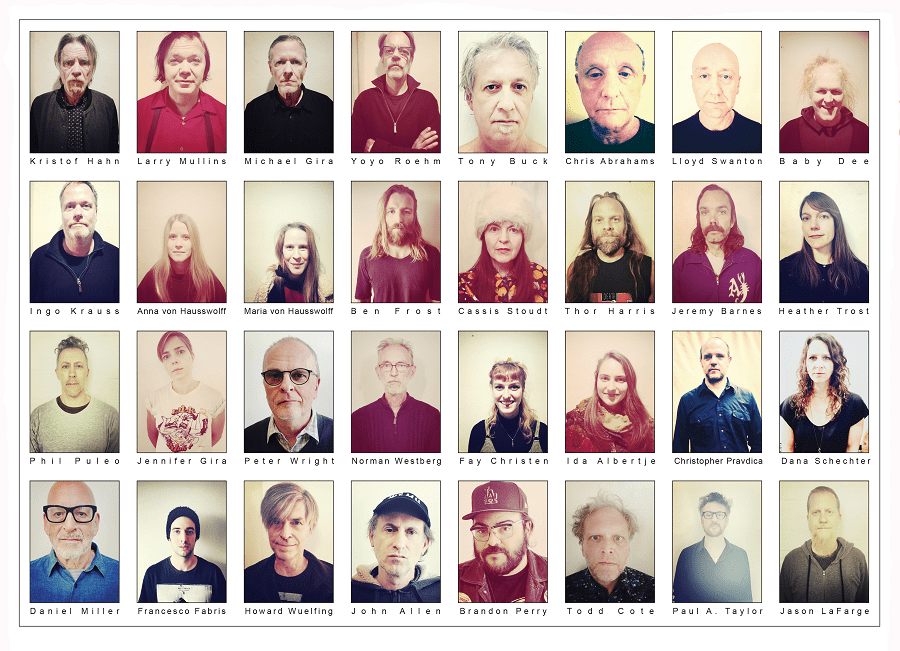 I recorded most of the songs in Berlin with Larry Mullins who is a classically trained percussionist and also plays keyboards and a lot of other instruments. Larry played with me in my group Angels of Light, he also played in Swans in the 90s and was an Iggy Pop drummer and now he plays keyboards with Nick Cave. Also an electric bass and double bass player Yoyo Rohm took part in the Berlin sessions. He is also a great arranger and I wanted his ear for my music. Kristof Hahn with whom I had worked before in Swans and Angels of Light took part in this Berlin recording too. The 4 of us made the basic tracks. Then a wonderful vocalist Baby Dee came to Berlin to sing on some of the songs. And also Anna and Maria von Hausswolff came to do the backing vocals and they did a tremendous job for the songs “Sunfucker” and “It’s coming It’s real”.

As the Berlin studio sessions were over I went to Iceland to make some recordings with a great electronic musician and movie soundtrack composer Ben Frost. Ben played guitar and synthesizers and he did a great job as well. After, I went to Mexico to work on the album with a group called A Hawk and a Hacksaw that plays mostly Balkan music.

Then I went to New York and recorded there with Christopher Pravdica, Norman Westberg and Dana Schechter. Also, I wrote two songs that I sent to a fantastic Australian band The Neck and asked them to play and we orchestrated them on top later. After all these trips I went back to Berlin, recorded some more and mixed the album, and this is how this record came to be.

So what are your next plans for promoting the album? Are you going to go on a world tour with it?

Swans is going to tour in Europe in May, then we will have a tour in the USA in June and in August and September will be back in Europe again. Right now I’m writing new material for the tour. I want the group that I gathered to play at least 3-4 new songs besides the songs from the new record that we will be touring with.

Swans is known as a band that had rapidly been changing its sound during the few decades of the group existence – starting from your early works that were an example of a very aggressive, industrial sound, then drifting to a more mellow, dark and gothic music, then coming back to the rough and noisy vibe. Do you plan to play a variety of songs from all your albums on the tour or it will be more focused on your new work?

First of all, I want to say that I don’t use such terms as “industrial” and “gothic” to describe my music. In my mind, they have nothing to do with Swans. But you can use them, I don’t care. I would describe my music as Swans music; music of a group with its own unique vision.

Music has changed over the years, it is always changing. If it wouldn’t be changing, it would be very boring. I am only interested in playing what feels authentic for me at the moment. I don’t really care about my old music in terms of presenting it live.

Does this changing of the vibe and the music that happens with Swans over the years reflect the things that are happening in your inner world?

I suspect it’s true to a certain extent but the thing that interests me most is the work itself. The work demands what comes next. It’s not like I sit down and have an emotional state that I want to express, it’s more like the opposite when the work creates the emotional state. The work slowly involves the application of what is needed for its future. I might do an album and when it’s finished before starting to do the new one I will listen to it and think what thread I want to carry to the new work. Usually, I find something in the things that I previously did that opens up the potential for something new.

So, can we say that in your case the musical form and the songs come first and after their shaping, they create the mood of the album?

I listen and I work and I keep on pushing forward. All the words around it don’t really matter, the only thing that matters to me is how well the work is done and how it affects me as a performer and how it affects the audience. I just try to be as excellent as I can be in what I do.

I am not so sure where things come from. I produce my own records and when I start to work on them I have a picture in my head how the things should be. When I start to write songs I play them on acoustic guitar and when they are totally arranged I feel that I reached the sound I was looking for. Sometimes the sound that I have in my mind can be described as certain painting techniques. For example, to describe the sound of my next album I use the Italian word “sfumato” which means smoke and atmosphere and is a term for a painting technique that applies to Correggio. So, my next album will sound like Correggio.

The lyrics of Swans songs are an important part of the band’s unique world and vision. Most of them are full of powerful images and have a plot that can really be visualized well in a music video. I was always wondering why Swans have just a few music videos that you can count just on one hand and have not done them regularly.

I stopped making videos because I thought they were stupid. There was only one good Swans video, for a song called “Screw” and I directed and made it myself.

After that, I think all other videos were kind of imbecilic. I decided that video is not the correct media for the music and that it almost kills the music because it attaches the fixed and finished images to the sound. And when you receive the sound as a listener it should evoke the images that you have in your own mind and it should not be supplied by the video that can stick images with the sound in people’s heads forever. I think it’s not a good idea. It’s just like pissing in your coffee. In my view, music videos ruin the music.

Live videos where you can see just musicians playing on stage is another thing, they are fine for me, but these directed music videos as I see now are really stupid media and I don’t want to do them anymore.

Besides always having powerful song lyrics you also had some experience as a writer. Is there anything new happening with that at the moment?

I wrote a book of short stories that was put out in the 90s, called “The Consumer”. And I still write stories and make sometimes handmade books that are available to buy at my concerts and at the site of my label Young Gods Records. Meanwhile, I continue to write and hope to gather enough for a big book at some point.

Your label Young Gods used to be a platform for releasing music from different interesting artists besides Swans and your other projects. Do you have some plans to release other people’s music in the future?

No, I am not doing it anymore. I decided that it was not worth the tremendous amount of time, energy and money and it was distracting me for my own artistic career and I stopped doing it. I use my label only for releasing my music now.

Do you have any plans for your other projects like Angels of Light or solo albums in the near future?

No, not really. I am going to continue Swans until I stop making music. But all the music I will make in the future will be called Swans, it can be just me with an acoustic guitar or a fully orchestrated version – whatever it is, it will be called Swans.

We wish you a lot of success with your new Swans music and good luck in all your creative projects. Thank you, Michael, for this interesting talk.