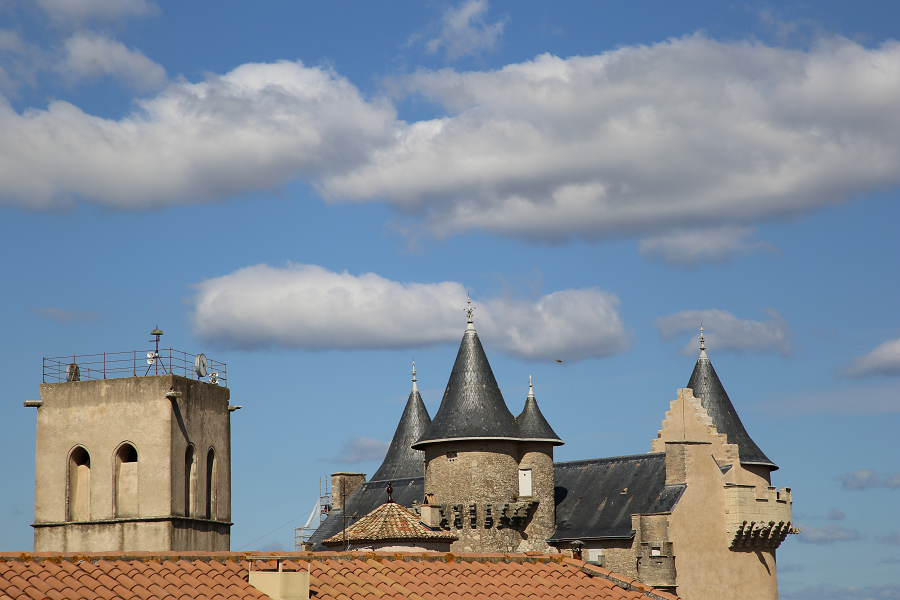 The imposing 12th-century fortress consists of a rectangular building flanked by three round towers and surmounted by a watchtower. It is on three floors with four lines of stone surrounding the castle, as a sign of the right of justice that the lord possessed. The central tower overlooking the courtyard opens through the access door protected by a portcullis and distributes the levels by a wide spiral staircase. The other two towers delimit the main façade, which is approximately 34 meters wide.

The medieval castle was transformed during the Renaissance into an elegant castle. The work provided the new owner with mullioned windows, a walkway without battlements but with ornate gargoyles and carved bestiaries.

Two side wings were added to the interior of the main courtyard in the sixteenth century, remodeled in the nineteenth century but with limited resources and lower quality materials. A tower ends the north wing.

During the Revolution, the castle was mutilated in 1793, the roofs were destroyed, the walkway was made unusable. The roofs initially in red and more pointed tiles, were redone in slate.

Annual restoration campaigns have been undertaken since 1981. Between 2013 and 2015, the two towers facing the garden were restored. Inside, in the eighteenth century, the large rooms were replaced by independent rooms. The rooms with walls painted with landscapes or portraits of queens have kept their decorations.

The gardens extend over 1 ha below the main facade of the castle on the northwest side. Created in the seventeenth century by filling a valley bottom and moving a stream, they have been in restoration since the 1980s.

These are regular gardens of classic French composition with the structured side of the Italian garden: columnar cypress trees, hedges, topiaries in laurel sauce, paths lined with oleanders, pomegranate trees with fruit or flowers, olive trees cut in drum , collection of irises.

Several terraces lead from the castle to the gardens with a water buffet at the bottom between the symmetrical stairs.

Under the stairs, arches were thrown over the moat in 1719, allowing passage into the public space below, direct communication between the castle and the gardens. 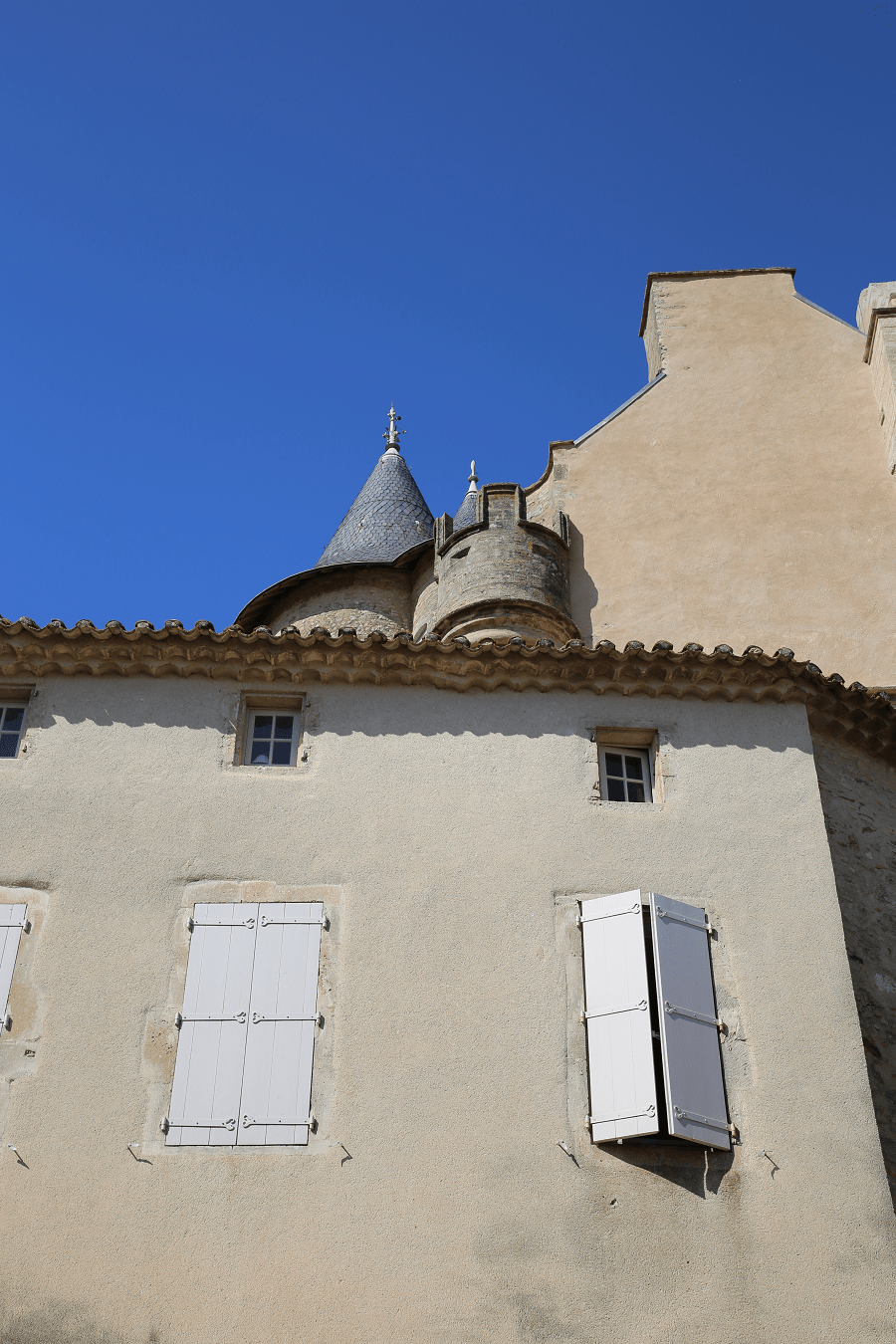 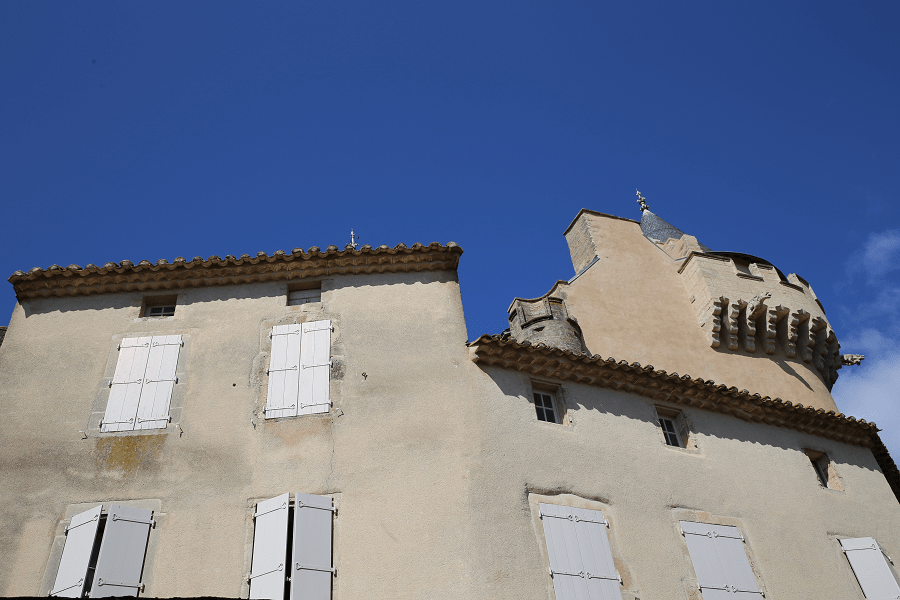 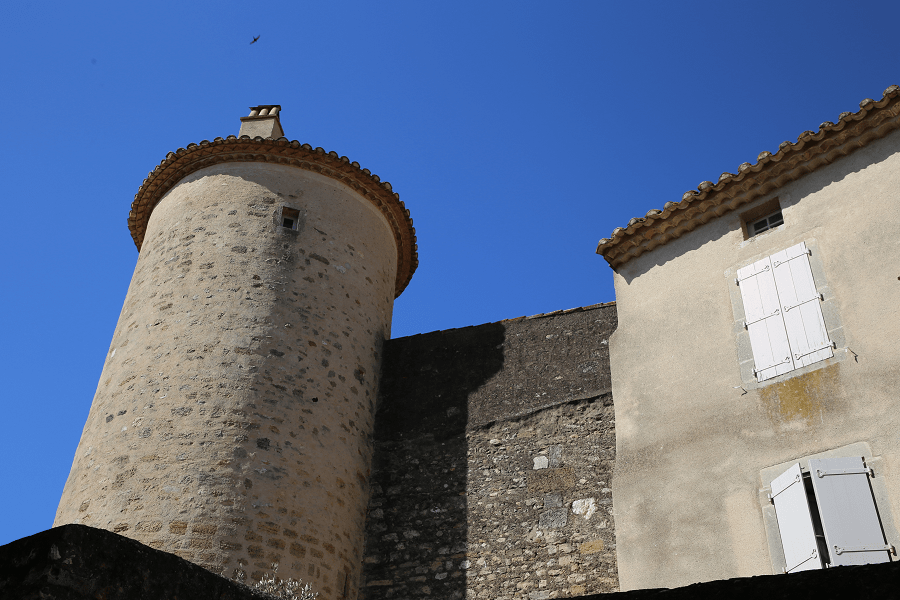 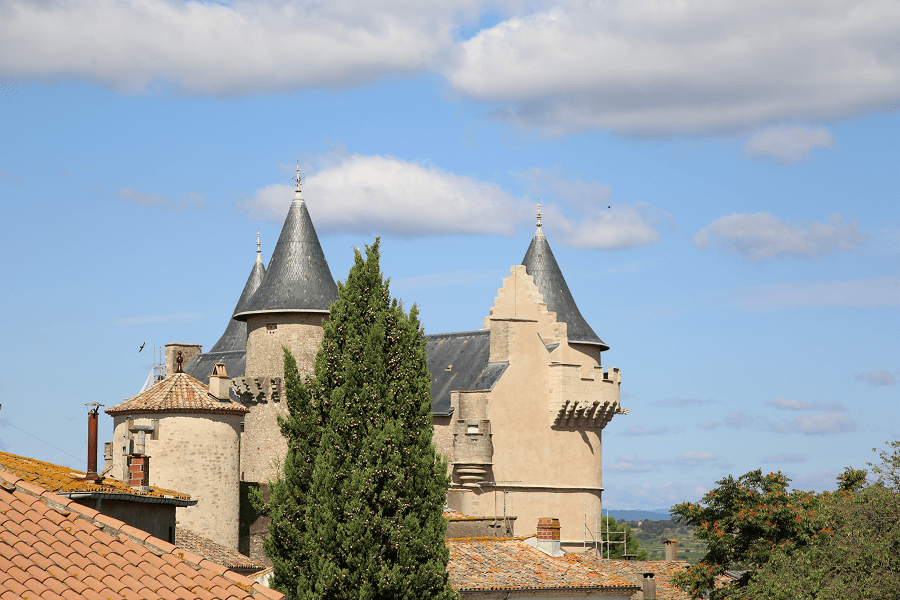 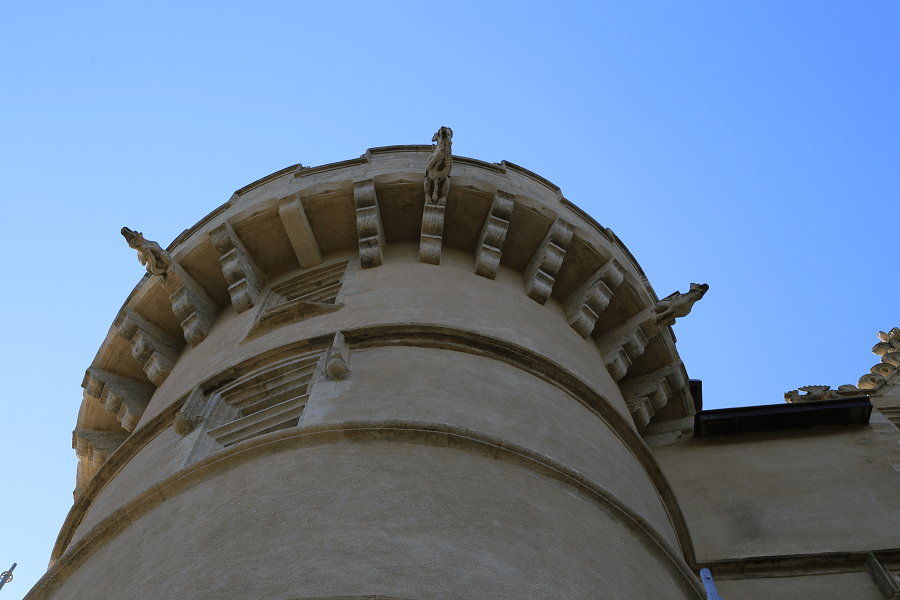 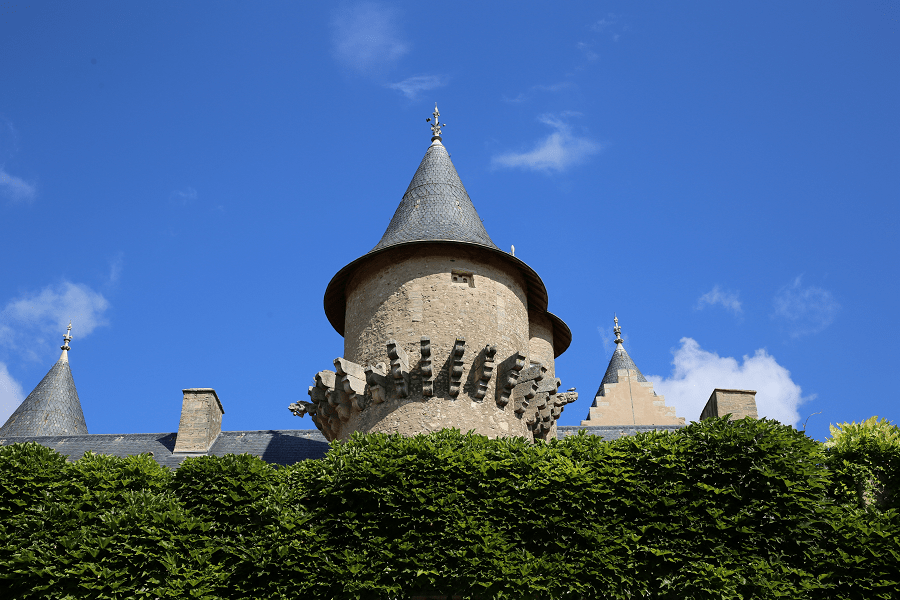