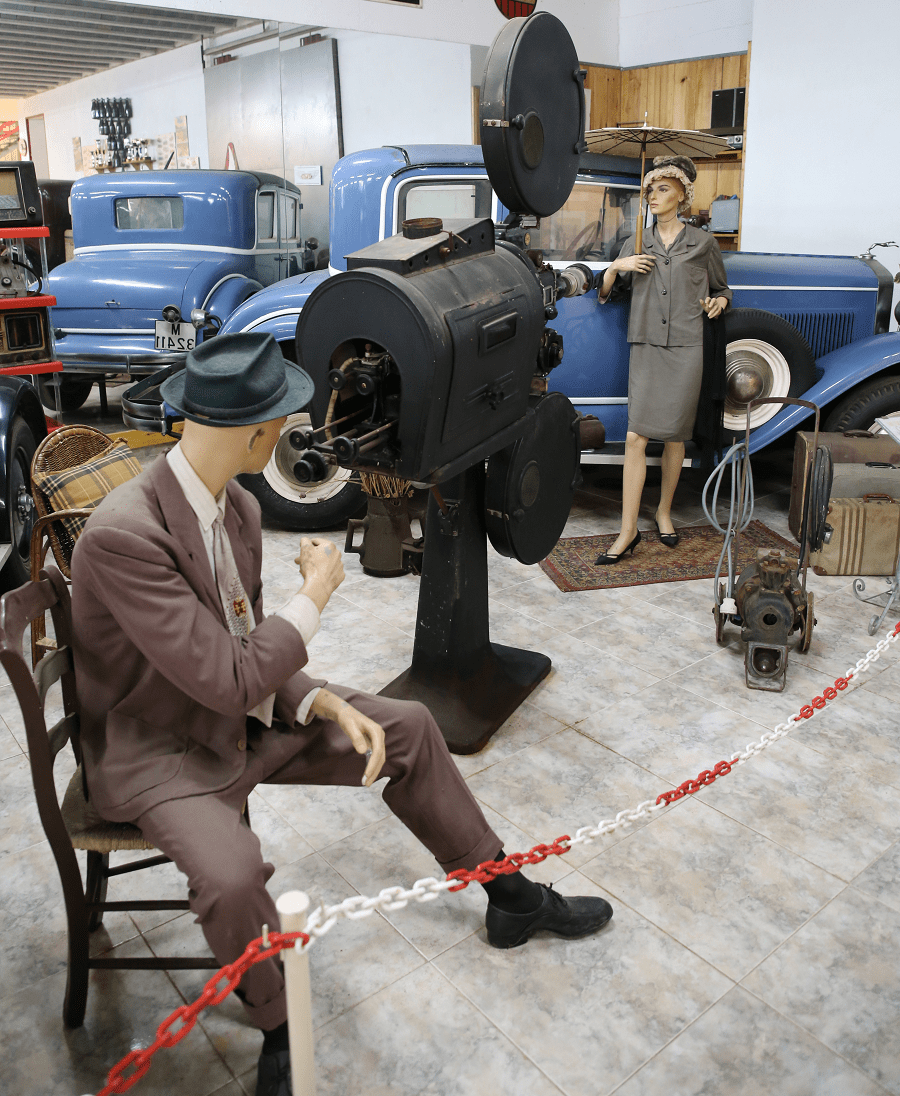 The Marc Vidal Automobile Museum is located in the Baix Camp wine region of Catalonia in Spain, in the province of Tarragona, close to Reus (8 km), Salou (about 20 km) and Cambrils (about 13 km).

The area of the museum is 3000 square meters.

A total of 75 cars are presented in the museum.

A separate floor is dedicated to motorcycles, including a hall with a huge collection of exclusively Spanish brands. A total of 388 motorcycles are presented in the museum.

There is also a collection of bicycles – two- and three-wheeled.

A separate building houses a collection of Ferrari 308, Renault 4cv, 1959 Cadillac. A truly unique exhibit is a sturdy wheeled landing gear attached to the nose of the aircraft with an engine of the F-4 Phantom fighter-bomber.

In the next hall there is a collection of 18 tractors and sports cars.

A tasting room is open at the museum, it is open only by appointment.

For individuals, the museum is open on Sunday morning from 10 am to 1 pm.