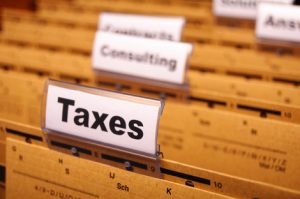 The Minister of Foreign Affairs of Andorra Gilbert Saboya and his colleague from Malta George Vella, signed on Tuesday an agreement to avoid double taxation and prevention of fiscal evasion. The signing took place during a bilateral meeting of the two ministers in New York on the occasion of the celebration of the 71st United Nations General Assembly, Andorran government reports.

The negotiations started in September 2013, during the bilateral meeting of the Prime Minister of Andorra Antoni Martí and the Prime Minister of Malta Joseph Muscat. Later, Foreign Minister Gilbert Saboya, during his official visit to Malta confirmed the willingness of his country to start negotiating on agreement to avoid double taxation. In October 2014, the Minister of finance of Andorra Jordi Cinca sent a letter to the Minister of Finance of the Republic of Malta, Edward Scicluna, formally requesting the start of detailed negotiations for an agreement to avoid double taxation between the two states. In December 2015 the two countries initialed the agreement.

The agreement establishes taxation in the country of residence in accordance with the standards of the OECD.

The signing of this agreement with Malta continues the policy of the Government of Andorra to expand its network of non double taxation agreements with different states. These agreements are a key to the diversification of the Andorran economy, attracting foreign capital and the internationalization of companies in the country, reports Andorran government.