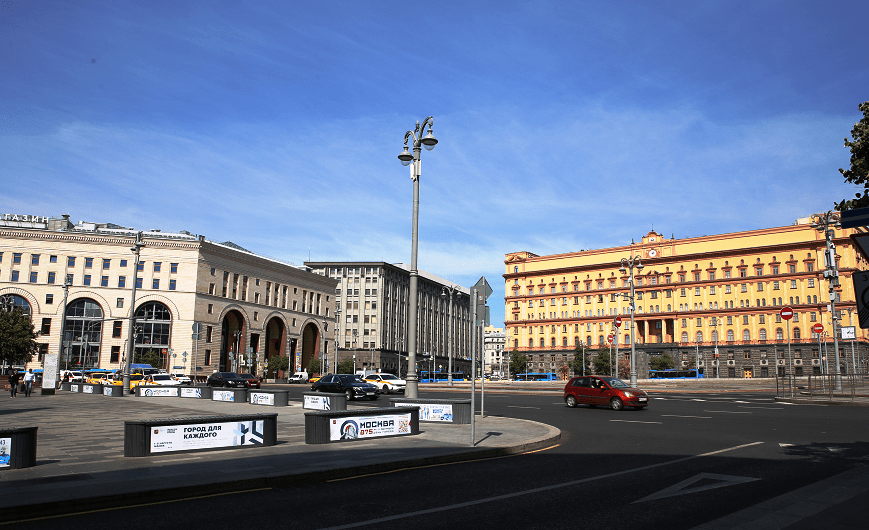 The name of the 19th century was given after the area Lubyanka, which, in turn, was named after Lubyanitsa, a district of Veliky Novgorod. The name Lubyanka was first mentioned in the documents in 1480, when Ivan III ordered the Novgorodians, evicted to Moscow after the fall of the republic, to settle in this place. It was with the participation of Novgorodians that the Church of St. Sophia was built, in the likeness of the St. Sophia Cathedral in Novgorod, and it was they who called this area Lubyanka.

At the beginning of the 19th century, the square was called Nikolskaya – after the Nikolsky (Prolomny) gates of Kitay-gorod located here.

On October 30, 1990, the Memorial organization erected the Solovetsky Stone, a monument to the victims of the Gulag, a simple stone from the Solovki prison camp in the White Sea. In 1991 the statue of Dzerzhinsky was removed by liberal protesters following the failure of the coup attempt against Mikhail Gorbachev, and the square’s original name was officially restored.

The building of the state security agencies (former headquarters of the KGB). As of 2022 the Federal Security Service of the Russian Federation (FSB) occupies the building.

The new buildings of the FSB of Russia

In 1979-1982, on the left corner of Bolshaya Lubyanka (then Dzerzhinsky Street) and Kuznetsky Most, a group of architects led by B.V. Paluy and G.V. Makarevich built a new monumental building of the KGB of the USSR, where the leadership of the department moved. The building was designed on the site of the demolished houses of the firm F. Schwabe.

In 1985-1987, on the right corner of Myasnitskaya Street (then Kirov Street), the building of the Computing Center of the KGB of the USSR was built according to the project of the same architects. The volume of the building includes the facade of a pre-existing house. Now – the Center for Information Security of the FSB.

Building was designed in 1953-1957 in the center of Moscow, on Dzerzhinsky Square (since 1990 – Lubyanskaya Square) according to the project of architect Alexei Nikolaevich Dushkin (co-authors I. M. Potrubach and G. G. Akvilev, engineer L. M. Glier) on the site of the demolished Lubyansky Passage, above the Dzerzhinskaya deep underground station (since 1990 – Lubyanka).

Biblio-Globus Trading House (until 1992 – Knizhny Mir), one of the oldest and largest bookstores in Moscow, has existed since 1957 (Myasnitskaya 6/3, the former apartment building of Stakheev).

Hotel complex “Nikolskaya” and the lobby of the metro station “Lubyanka”. Initially, this place was occupied by the profitable house of the courtyard of the Trinity-Makaryev Monastery in Kalyazin – “Kalyazin Compound” (B. Cherkassky lane, 3; 1905, architect G. I. Makaev) and the profitable house of Orlov-Davydov with shops (Nikolskaya street, 12).

Shopping center “Nautilus” was built in the late 1990s by architect A. R. Vorontsov. Architectural critics call the building one of the examples of the “Luzhkov style” and note that it violated the existing architectural appearance of the square. 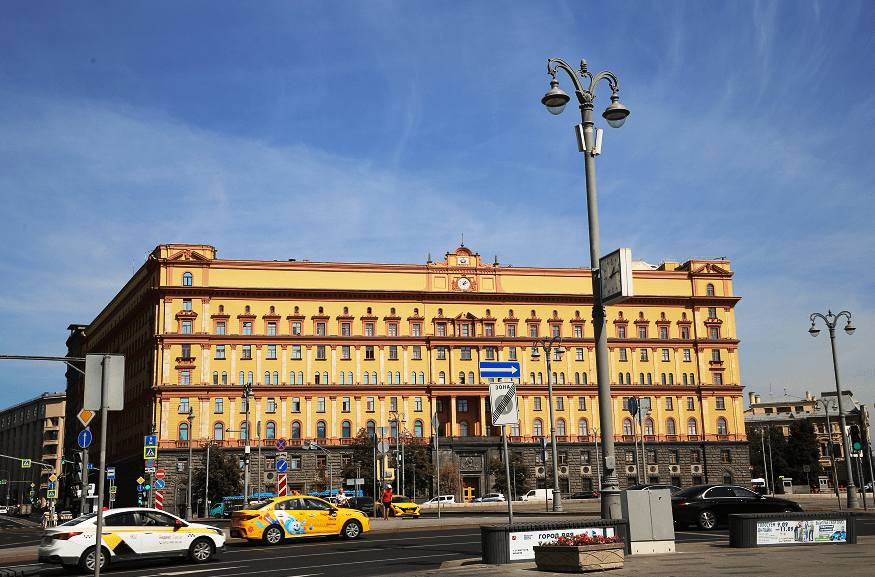