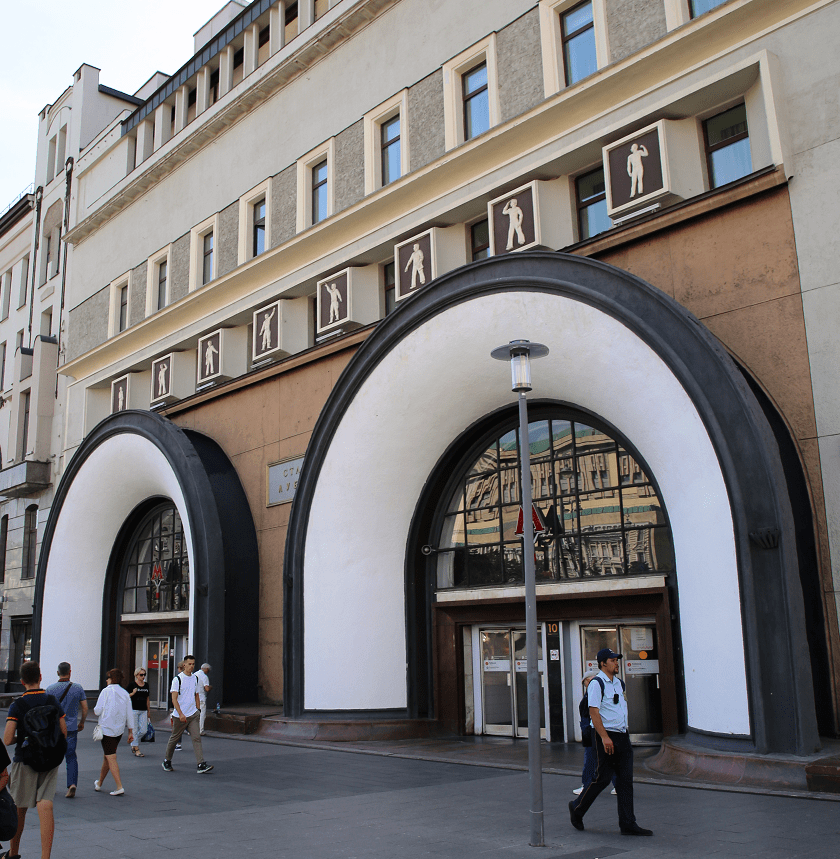 Lubyanka is a station on the Sokolnicheskaya Line of the Moscow Metro. It is located under Lubyanskaya Square between the Chistye Prudy and Okhotny Ryad stations. It is located on the territory of the Tverskoy district of the Central Administrative District of Moscow; in addition, there are exits on the territory of the Meshchansky, Basmanny and Krasnoselsky districts.

The station was opened on May 15, 1935 under the name “Dzerzhinskaya” as part of the first section of the metro. The modern interior of the station was created during the reconstruction of 1973-1975. The station received its current name from Lubyanka Square, under which it is located. It has a transition to the Kuznetsky Most station of the Tagansko-Krasnopresnenskaya line.

The architectural solution was entrusted to the Fifth planning workshop of N.A. Ladovsky. So, despite the victory of Stalinist architecture, the defeated modernist architects and the rationalist Ladovsky personally got the opportunity to realize their ideas in the metro.

“Dzerzhinsky Square” and the ground vestibule of the “Krasnye Vorota” became the “swan song” of the school of rationalism.

Almost all of the original decoration of the station was lost during the reconstruction of the 1970s – only fragments of the marble lining of the tunnels remained from the work of Ladovsky. In 1973-1975, the station was completely rebuilt and received a central hall, from which a transition to the Kuznetsky Most station of the Tagansko-Krasnopresnenskaya line was built. Underground passages were also built with exits to Lubyanka Square, the Polytechnic Museum, Children’s Store and Myasnitskaya Street.

The design of the reconstructed station is a three-vaulted pylon, deep-laid (deep – 32.5 meters). The pylons are finished with white marble “koelga”. The floor is paved with black and red granite. The track walls are lined with white porcelain tiles. A fragment of the original decoration of the station has been preserved in the southwestern end of the Lubyanka. A marble bust of F. E. Dzerzhinsky was installed in the escalator hall (after the station was renamed, it was moved to the Metro People’s Museum). The station, having gained a central hall, became a typical station of the 1970s.

At this station, there is a transfer to the following routes of urban passenger transport: