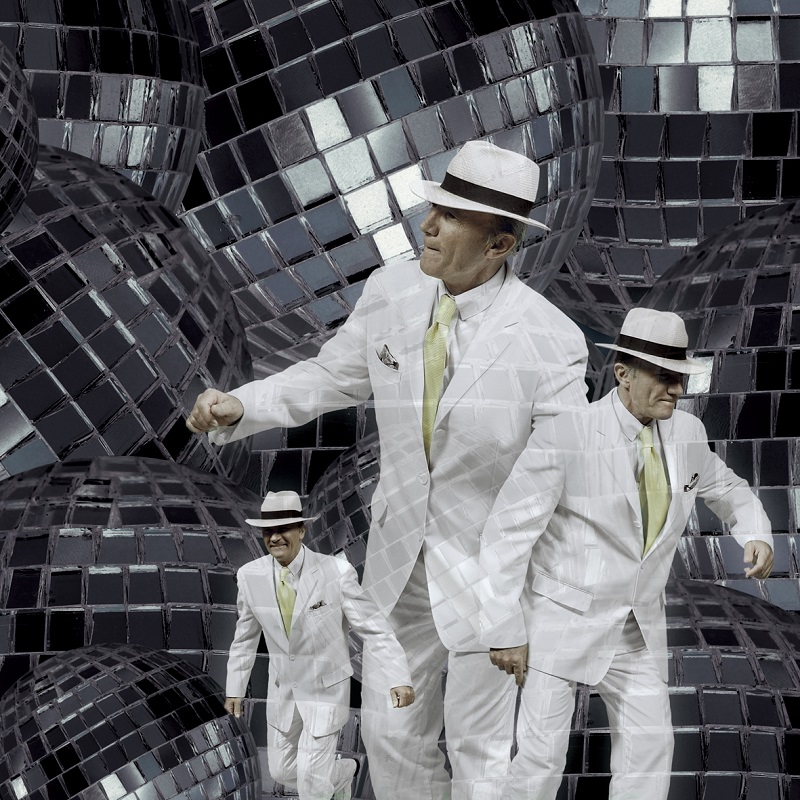 Louie Austen is a really unique and incomparable artist. Having many exciting life experiences and a rich artistic background, he worked for years as a crooner singer in some of the world’s top hotels and casinos. Being just a crooner singer of other people songs and an impersonator of Dean Martin and Frank Sinatra at some point got boring for Louie and at the end of the 20th century, he made an impressive twist in his life and career. The turning point happened when Louie focused on modern electronic music and made the song “Hoping”, that was produced by famous German producer Patrick Pulsinger. After the UK’s electronic wizard Matthew Herbert added his remix touch to it, “Hoping” became a huge international hit that stormed the charts and dancefloors all over the world. Louie realized that he had found a perfect recipe. This mix of old and new; charismatic crooners singing plus contemporary electronic music became the trademark and the quintessence of his music.

It could be described as elegant retrofuturism. A man in his later years, looking like a typical hero of American noir movies of the 50’s, always in a perfect white suit and fancy hat, sings in an old-school style, over well made and danceable electronic beats. This looks really unusual and always brings fun and positive energy to any type of audience. Finding this unique style made Louie Austen a true international star, an artist with a massive number of top hits and a really packed touring schedule.

Finally, we got a chance to talk with this great artist. We found him in a great mood, full of creative ideas on his farm near Viena, where he spends most of his time between tours and studio sessions. Louie Austen was kind enough to have an interesting talk with All Andorra about his way of living in which he combines the life of an artist and a farmer. He spoke about his previous life of a hotel and casino crooner singer, plans for his new album and of course, about his views on Andorra and on the option of performing here.

Hi Louie, thank you for finding time to talk with us. How was your summer? What’s happening for you at the moment – do you have many gigs, some new projects and releases?

Yes still busy as always. Also, I have spent a lot of time on my farm near Viena. It is just 20 minutes by car from the city. I have a fish pond, horses and geese there, and I really enjoy this farmer style of life. I bought it 8 years ago for my wife and she is running an ecological school for children there, where they are taught to ride horses and to take care of the animals.

So you became a proper farmer and spend the majority of your time there when you are not touring? 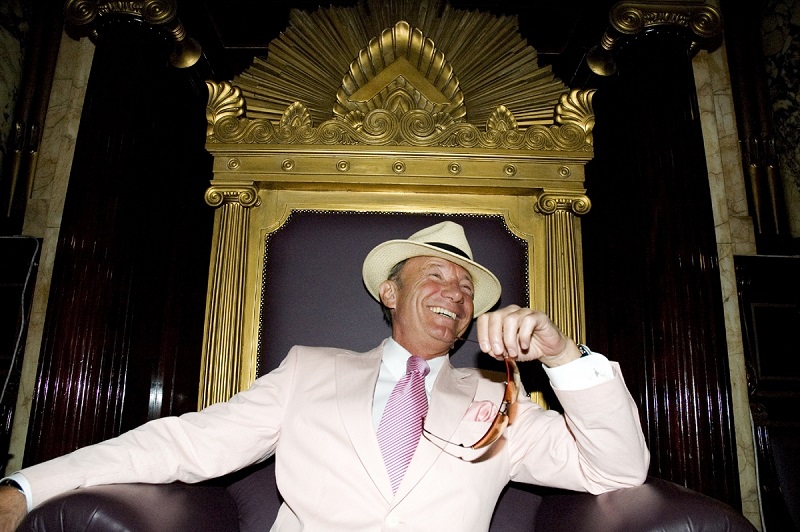 No, I still have an apartment in the center of Viena and I spend a lot of time there. When I need some time alone, to get ready for the gig and to pack my concert suit to travel I go there and say to my wife: “Goodbye my love, see you tomorrow” Sometimes she gets angry, but there is nothing I can do. I like this style of life when you can have a balance between different kinds of things. For me, being just an artist is terrible, like it is to just be a farmer. But if you combine these two things it’s really great. And living mostly on a farm between my traveling with gigs is really good for me. Breathing fresh air while thinking about my music and future projects goes very well together and I move and work there a lot which is a great work out for my old muscles and keeps me in good shape.

And what are you working on at the moment? Will we hear some new releases or albums in the future?

I’m releasing an album in November of old German songs of the 1930’s with my new electronic interpretation. And in spring I’m planning to release an album with modern interpretations of works of great Austrian composer and songwriter Karl Houdina. One of the reasons that I have chosen this kind of material is that I want to concentrate more on the European market in the next few years and perform mostly in Europe. Next year I’m doing one show in Rio in April, but mostly I’m skipping these kinds of far-away gigs, as they usually mean that you must leave home for up to 4 days and with this farmers life I can’t leave my wife for such a long period.

You have such a lot of experience working with different producers from the electronic music world. Do you have any favorite ones, that enjoyed working with most of all?

I really enjoyed working with Phonique, he produced my song Endless Love for his album Kissing Stranges, and I really like how he did it. Working with Christopher Just and Patrick Pilsinger who produced my first two albums was good. I was lucky to be part of a lot of collaborations. I receive 2-3 requests a month from producers that ask me to sing on their tracks. They send me their musical ideas and if they are in my style, I compose a song and sing. And I do not charge for it, I do it for free. And if a good track will be produced as a result, that will be played in clubs around the world, it’s a good situation for me and the producer, so it works both ways.

Besides your shows playing contemporary and electronic style, do you still perform with Dean Martin’s and Frank Sinatra’s songs in their original rat pack way? What type of shows do you enjoy more?

Definitely the modern ones, because of their energy. The audience at these kinds of shows is more ready for fun because usually it means some kind of a nightclub or bar situation, compared to the events where I perform a retro package, which is usually at some corporate or official event, and for me, it’s like performing in a museum.

To most people, you are well known as Louie Austen, a guy who performs his songs that has this crooners retro vibe and contemporary electronic sound. But there is a long period of your artistical career that many people don’t know about. Could you please tell us about the period of your life before you started to work with electronic music?

I always wanted to become a singer and at the age 15-16 I started out thinking that the best way musical education was to enter the Viena Conservatory. I studied classical opera singing there and then 3 years of opera and musical singing. After I graduated, I travelled for 15 years, trying to find a job. I worked in South Africa, Australia, and the USA, until I found a job in Viena’s Hilton Hotel as a crooner singer in 1980.

I heard that you worked for a while in Las Vegas in the 70’s. This must have been a really memorable period?

It wasn’t as good as you think. The optical illusion of Las Vegas and what it is, in reality, are different kinds of things. If you go there as a tourist for a few days, of course, you can have a lot of fun. But if you live there for a few months it’s really hard. It is in the middle of the desert and it’s always very hot. I worked there as an impersonator of Dean Martin and Frank Sinatra and had at least 2 gigs a day, and it really kills you and uses up a lot of energy. The gigs could happen at 5 or 9 am because each hotel with a casino has at least 6 bars and 24-hour entertainment. I worked there for a few months and then gave up, it didn’t make sense.

Did you change your real name Luef Alois to your stage name Louie Austen at this period when you were working all over the world as a crooner or did it happen later when you started to produce electronic music?

It happened long ago in the 70’s when I was traveling on a ship to Australia where I worked for a few years. I met a lot of people on the cruise and somebody gave me a business card from an Australian talent agent. I got in touch with him when I was in Australia and he advised me to find a proper stage name. He said it will be nearly impossible to find a job in the entertainment business with a name Luef Alois, he told me to forget it, maximum you can find with such a name is a job washing dishes. So it was in that moment when the name Louie Austen was born. Louie is a kind of English version of the name Luef and Austen is associated with Austria where I am from and Australia where I moved to.

And how and when did this radical change happen in your musical style and why did you start to release music with an electronic style?

It was in 1999 when German producer Patrick Pulsinger from Berlin’s label Cheap Records approached me and asked if I wanted to make an electronic track with him. I was definitely up for it and we released “Hoping”. The first version was not as successful as the remix by Matthew Herbert. After this remix came out, it went to first place in the dance charts and became a huge hit. DJs all over the world started to play it. Obviously, Matthew Herbert is the man who helped me to start a new career.

You have traveled all your life, lived in different places and really seen the world. Do you have some favorite places on the planet where you like to perform most of all?

Well you know, when you are touring the world for the first time you are of course excited. But after you have seen Rio, Tokyo, Barcelona, San Paulo and all other fantastic places to which I go to perform a few times, it just becomes a routine. At the moment there is no particular place which I can say: Wow, this was the best one, it’s fantastic! For me each gig is a really good one, I go everywhere with the same positive energy because first of all, I do it for myself and really love performing. I really motivate myself each time, and I love my audience everywhere in the world, all the venues I perform in, and the energy that I’m giving to the people.

Would you like to perform in Andorra if there was ever the possibility to do so?

I would love to. As far as I know, Andorra is a really beautiful place in the mountains and I really love mountainous landscapes. Also for me, Andorra has some personal associations with stamps. I had some friends who collected stamps and know that Andorra’s stamps are quite rare and all serious collectors would love to have them. And I also really like Andorra is a small country between Spain and France that is independent. I really admire them for their independence. So, I’m really open to doing a show in Andorra and hope it will happen soon.