The S-300 (NATO classification SA-10 Grumble) is a series of initially Soviet and later Russian long range surface-to-air missile systems produced by NPO Almaz, based on the initial S-300P version. The S-300 system was developed to defend against aircraft and cruise missiles for the Soviet Air Defence Forces. The museum of the Soviet Army, Moscow 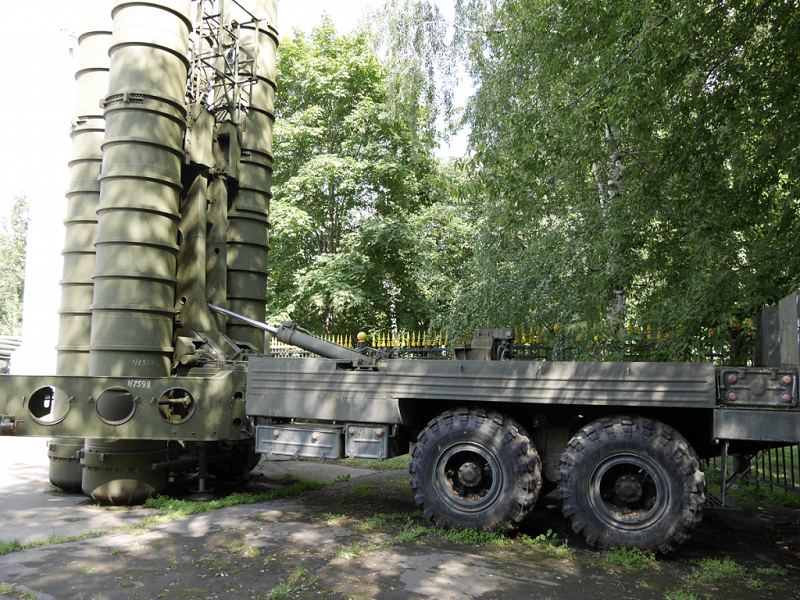