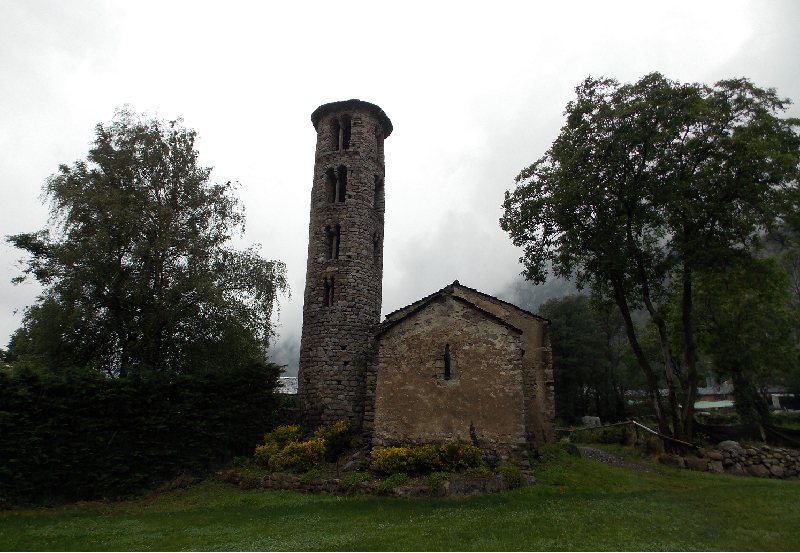 Santa Coloma Church was built in Romanesque architectural style: rectangular nave, wooden rafters and quadrangle apses. The unique peculiarity of this architectural monument is a circular Lombard style bell tower that was built in the XII century. Its shape is unique for the architecture of the Pyrenees. Previously, the interior of the church was decorated by the pictures of an artist from Santa Coloma. In 1930 they were taken from Andorra and given back to the Government of the Principality only in 2007.

One of the major art objects that adorn the interior of the church is the Holy Lamb that stands above the arch shape geometrical construction with overhands. There are also the polychromic wooden statue of Our Lady (XII-XIII centuries), the elements of altar piece made in Baroque style (XVIII century) that depict the fragments of life of Saint Patron of the church.

The church is located not far from the old city of Santa Coloma, its ancient buildings and Els Russos tower—the architectural construction that was made of granite. The architect of the tower is Cesar Martinell.