Llanes is a municipality and a city in the community of Asturias, in northern Spain.

The town of Llanes is located on the shores of the Bay of Biscay, near the Picos de Europa, with numerous beaches and a good conservation of its monumental heritage which makes tourism one of the largest areas of activity. Its port maintains some fishing activity. 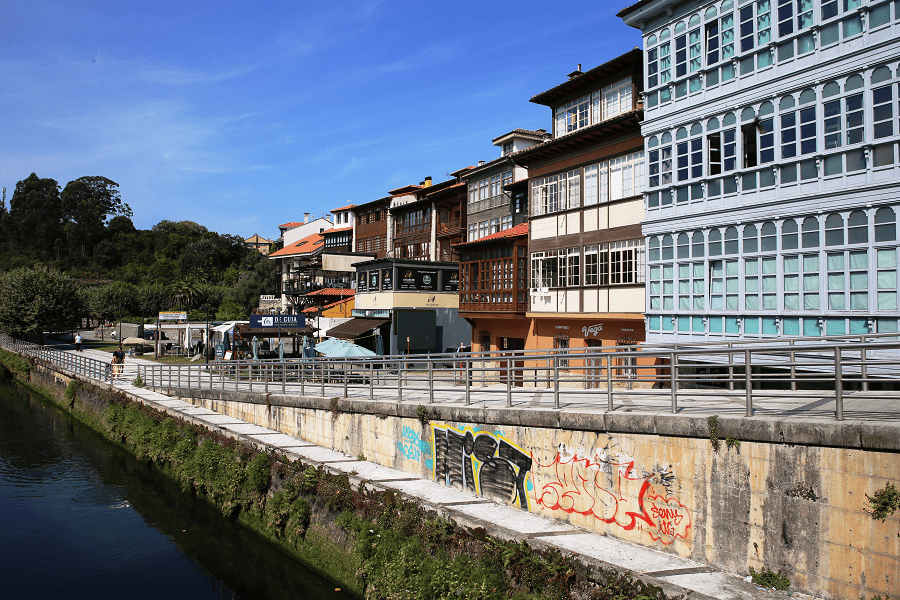 The municipality has an extensive artistic heritage in churches, mansions, palaces or noble houses. Among which stand out:

The palace of the count of La Vega del Sella, from the 18th century. It is a well-kept Baroque residence, today it houses a private museum on the excavations carried out by Don Ricardo Duque de Estrada. It is organized around a central courtyard. It is a Historic Artistic Monument. 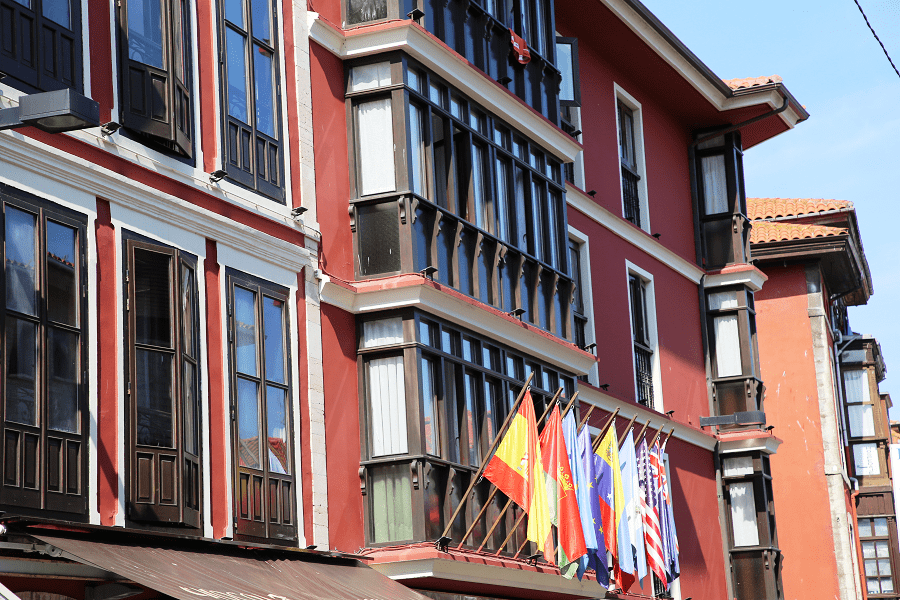 The Posada tower, an example of late medieval civil architecture. Rectangular building with two floors. Built in masonry, except in the corners and windows which is reinforced with ashlars. 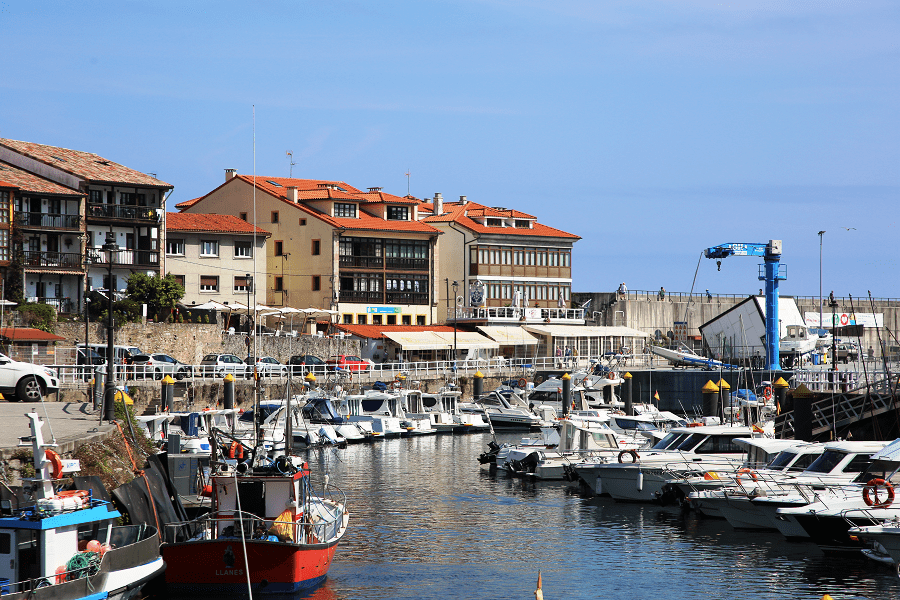 The church of San Salvador only conserves a Romanesque tower from the original building. It was originally a small monastery which began to be inhabited in the XII century by Benedictine monks, who founded a school of philosophy here in XVII century. 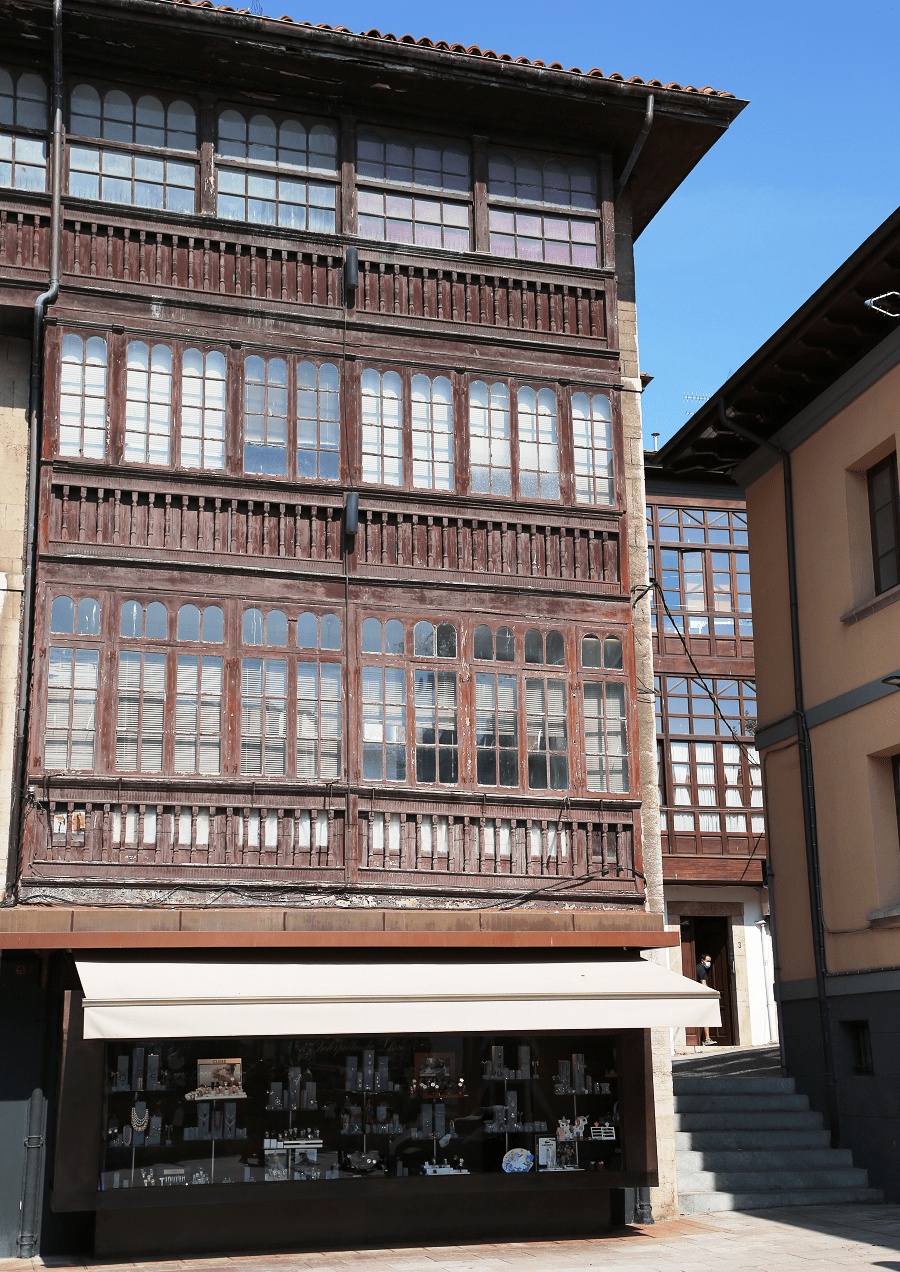 It only conserves a Romanesque tower from the original building, possibly built at the same time as the tower of Oviedo Cathedral, the church being late Romanesque.

It has been used as a retreat house since the early XX century. 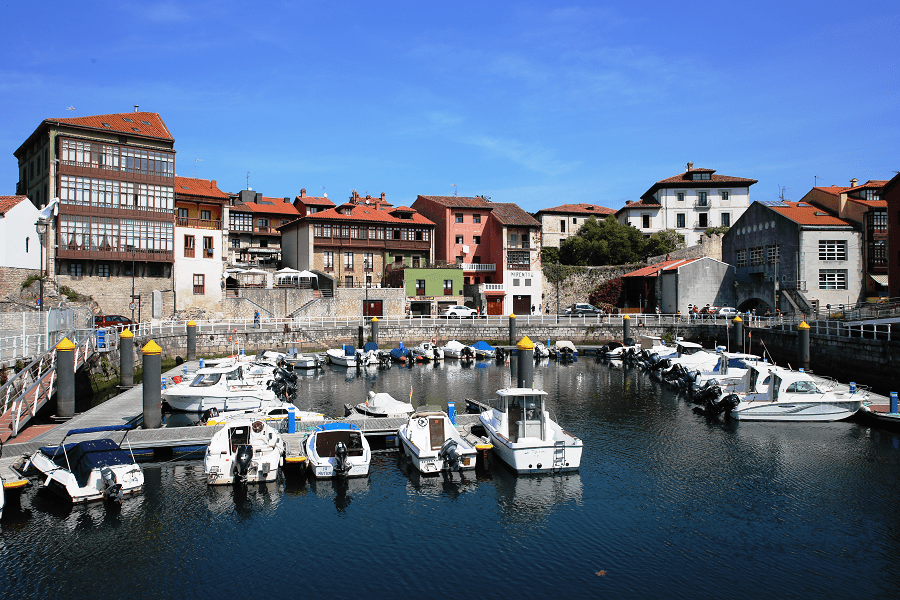 The 17th-century palace of the Duke of Estrada, a large Baroque palace, has two square towers at the ends of the main façade. It has been in ruins since the fire of 1809. Of the building stands a splendid eastern portico of excellent stonework open to two levels of arches on pillars. 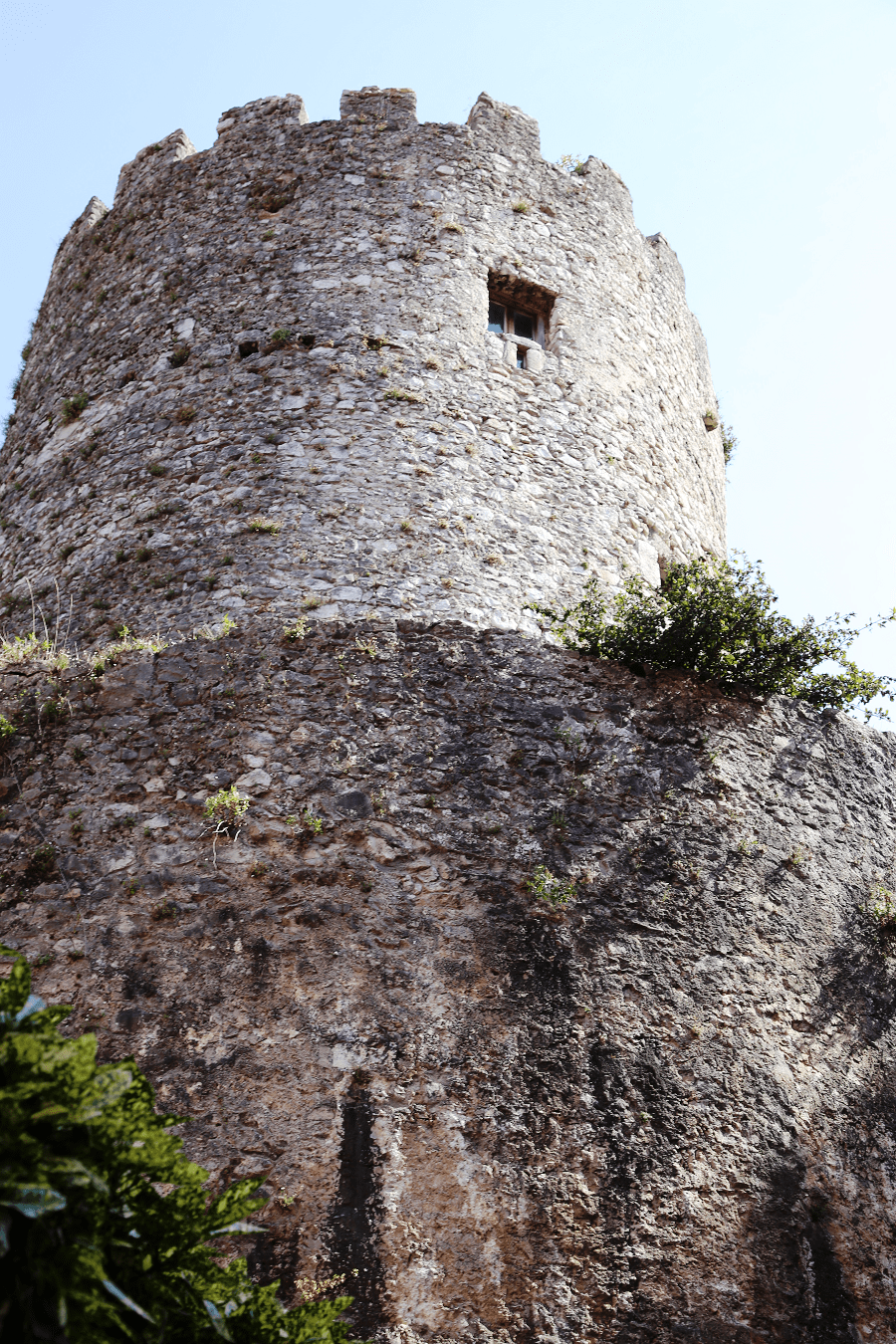 Monastery of the Augustinian nuns is today a hotel. The simple façade of the portico and the monumental façade of the entrance to the temple have been preserved. The chapel has a single nave. 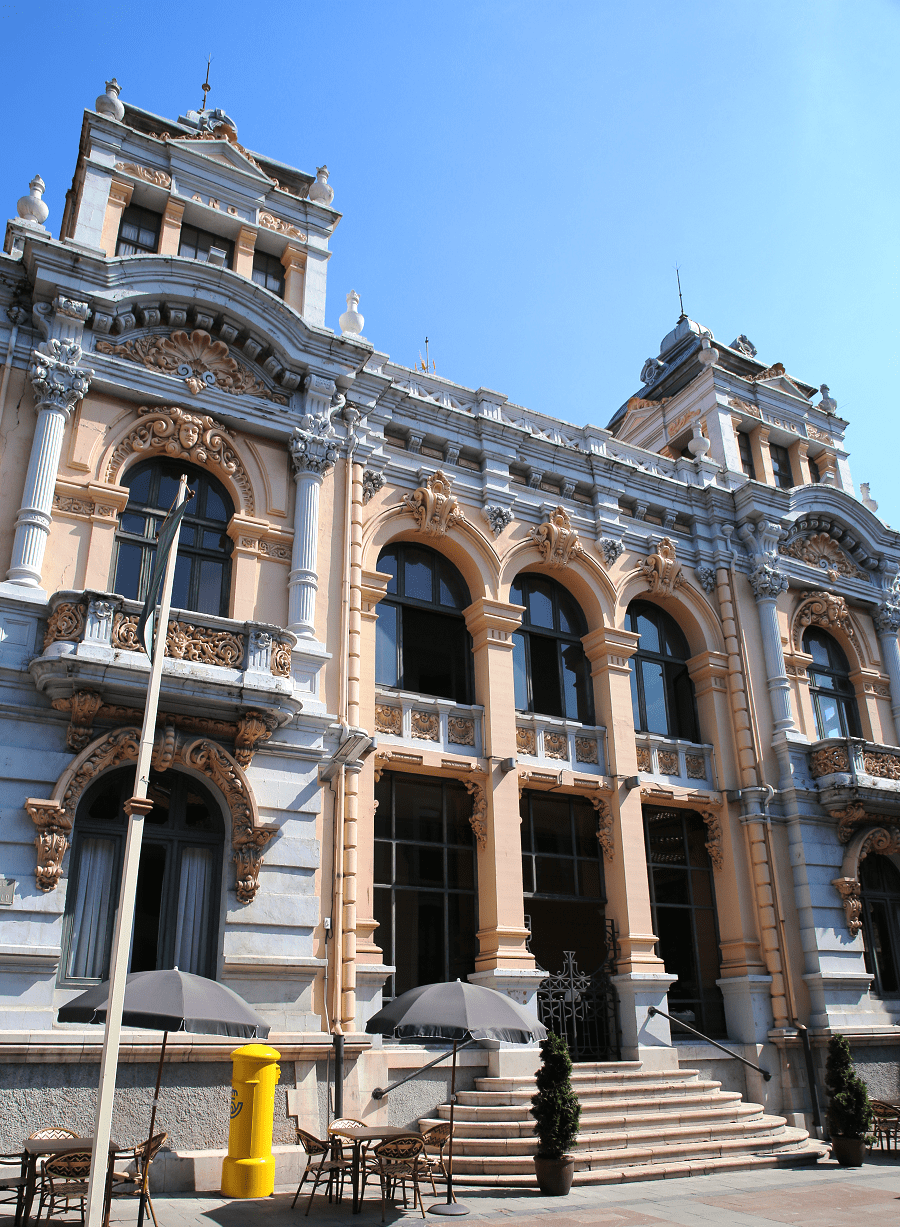 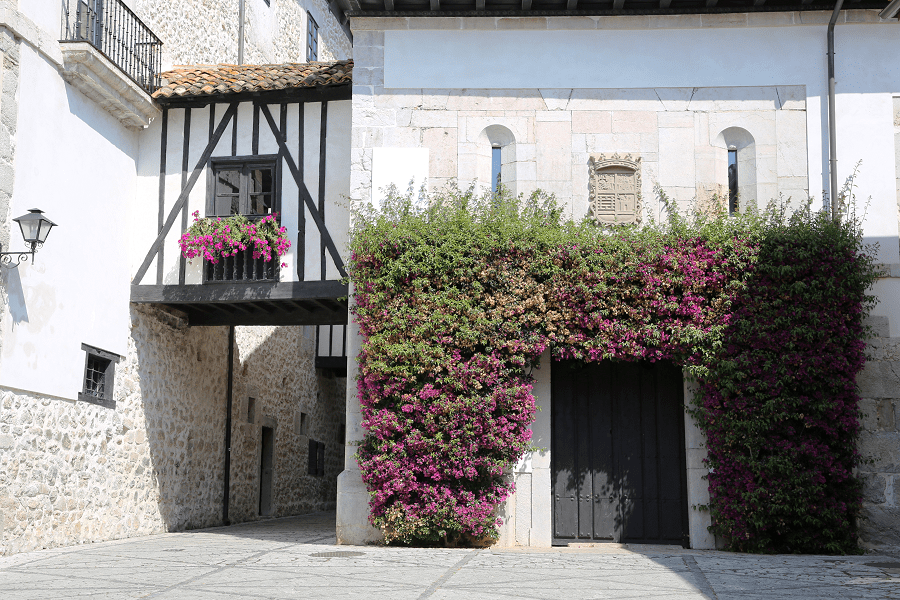 The palace of Sinforiano Dosal, former home of the Count of Santa Engracia and his family, built by Miguel de la Guardia in 1909. It has an eclectic cosmopolitan style. The building has two rectangular and parallel bodies. 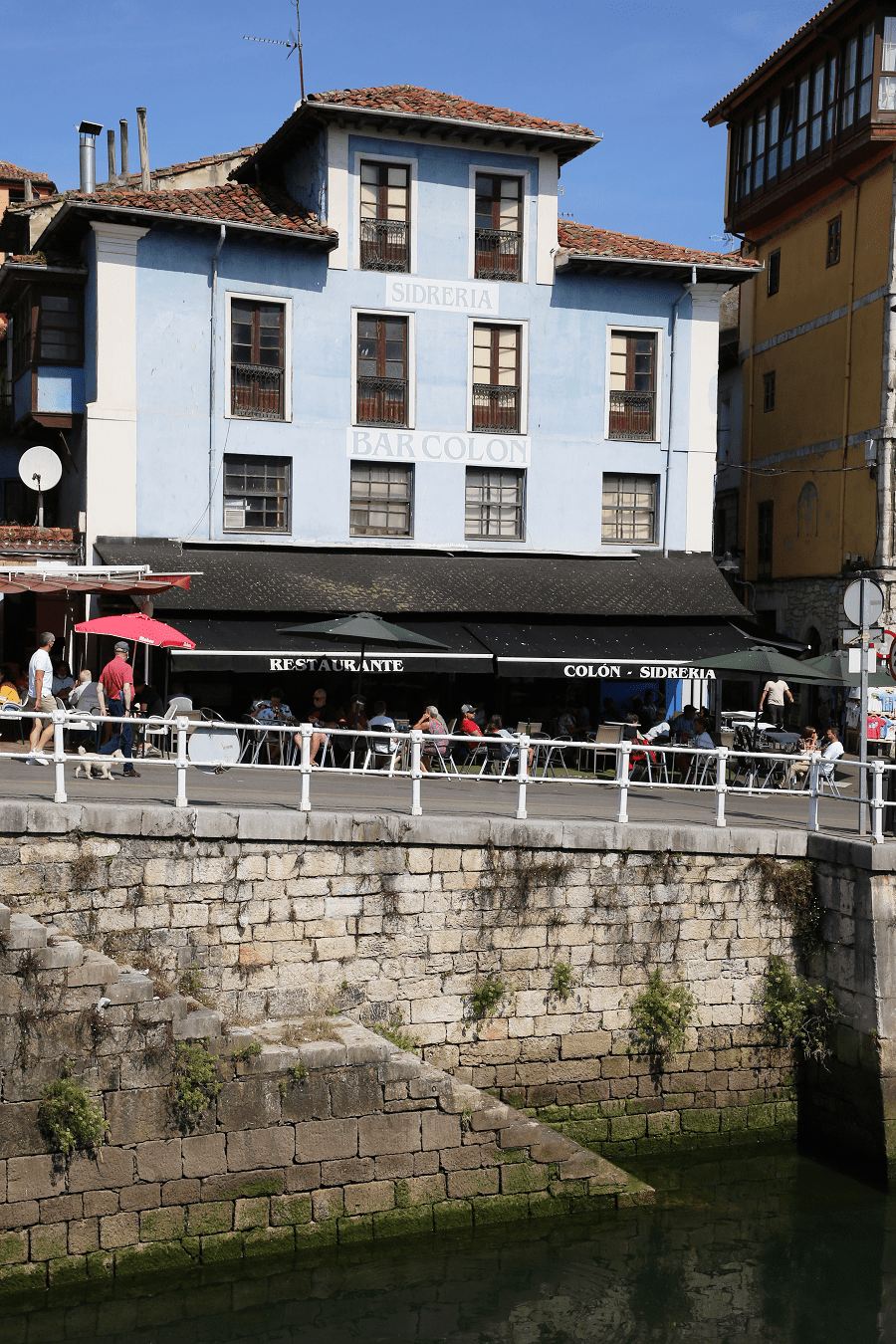 The House of Lions, or Villa Flora, was built in 1906 by the cosmopolitan eclectic Indian Manuel García. Its structure consists of one volume, a basement, two floors and three attics. 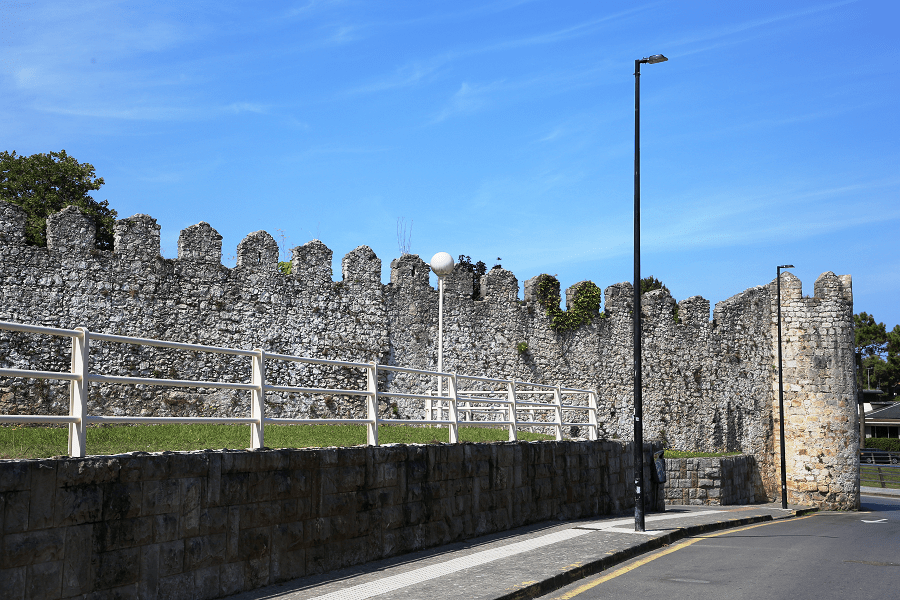 The Casino Teatro was designed by the architect Juan Álvarez Mendoza. It has been declared a Historic Artistic Monument. 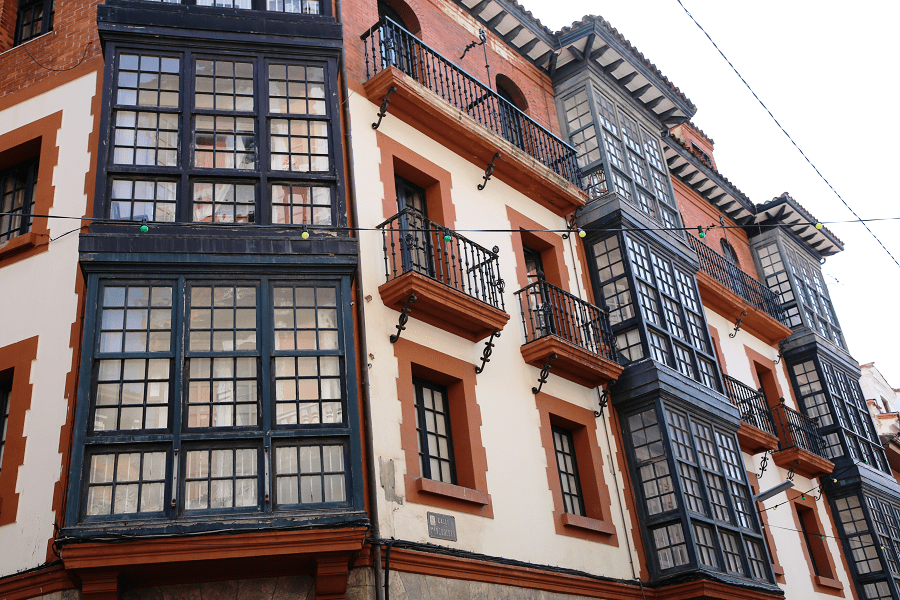 The region is part of the Costa Verde (Green Coast) of Spain, which is known for its spectacular coastal scenery, with 32 white sand beaches. But first af all, its famous for its Playa de Gulpiyuri. Its is a flooded sinkhole with an inland beach located near Llanes, around 100 m from the Cantabrian Sea. It is shortest beach of the world. 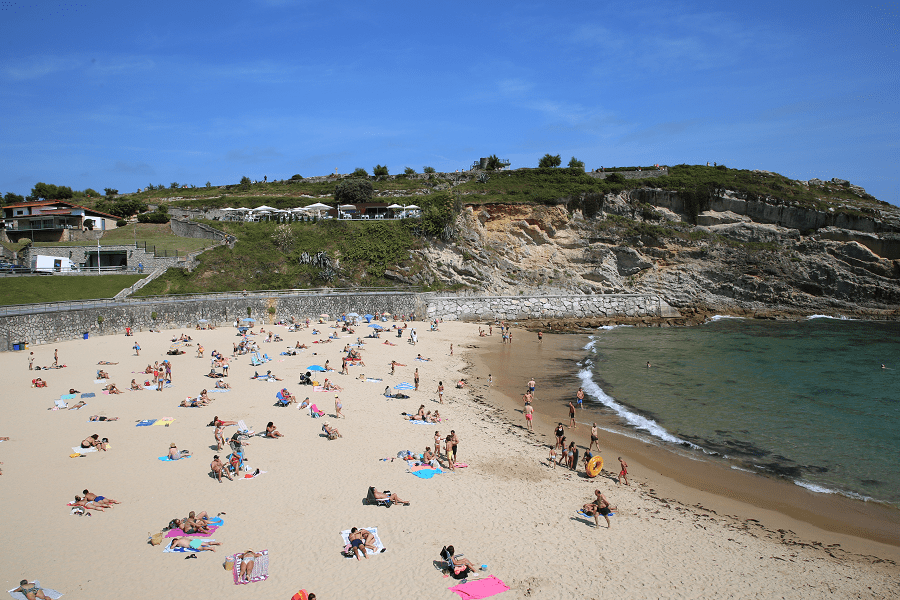 Roughly 40 meters in length, it is fully tidal due to a series of tunnels carved by the salt water of the Cantabrian Sea, which allows water from the Bay of Biscay to create small waves. 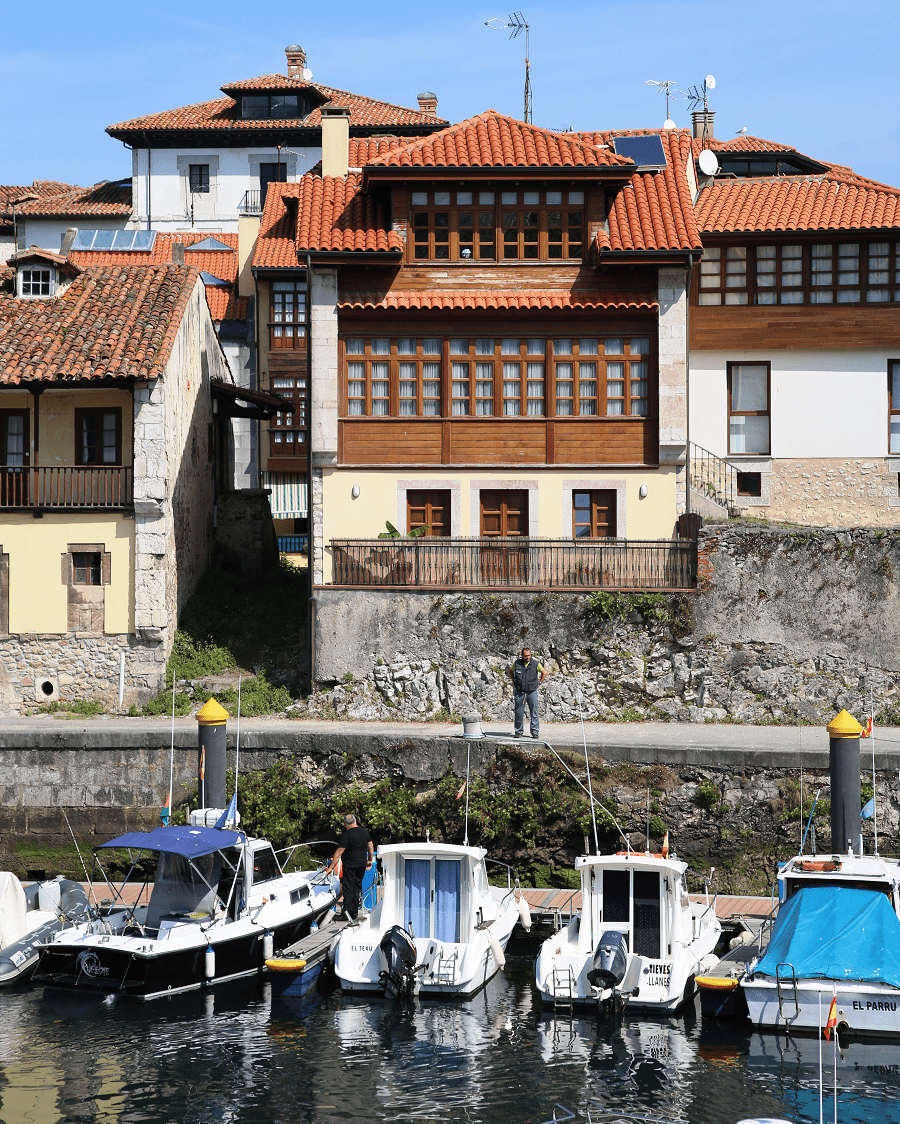 The word “Gulpiyuri” means “water circle”. The crystal clear water here can be a bit cooler than on neighboring beaches.

It is a popular tourist destination, natural monument, and part of Spain’s Regional Network of Protected Natural Areas. 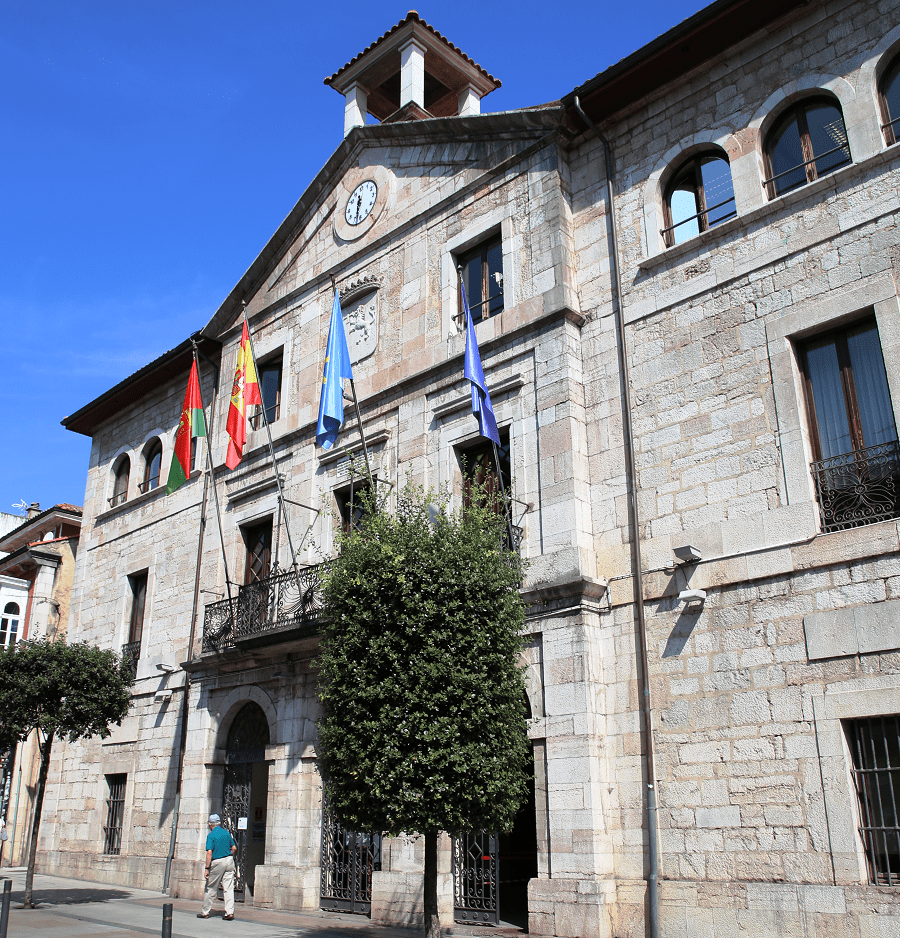 There are three Michelin list restaurants in the municipality: 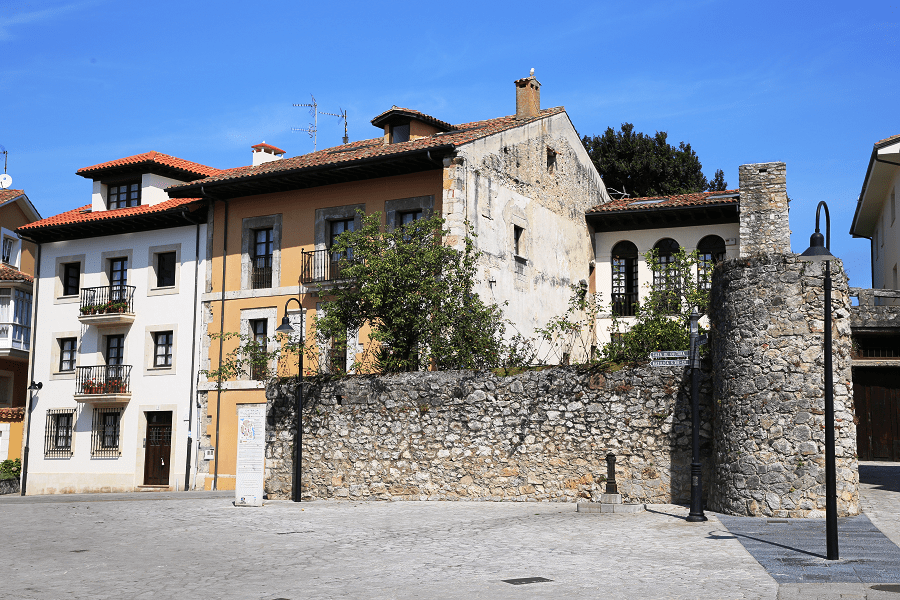 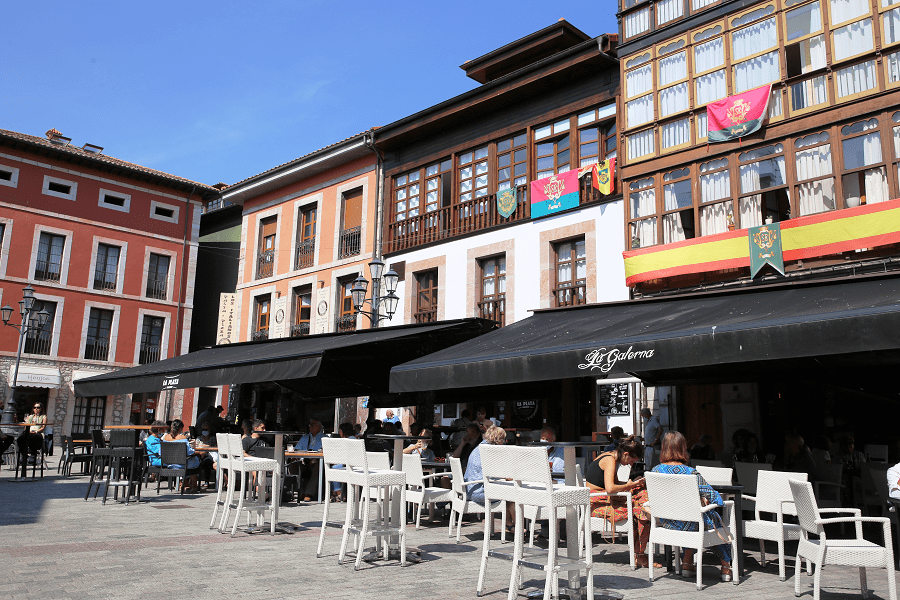