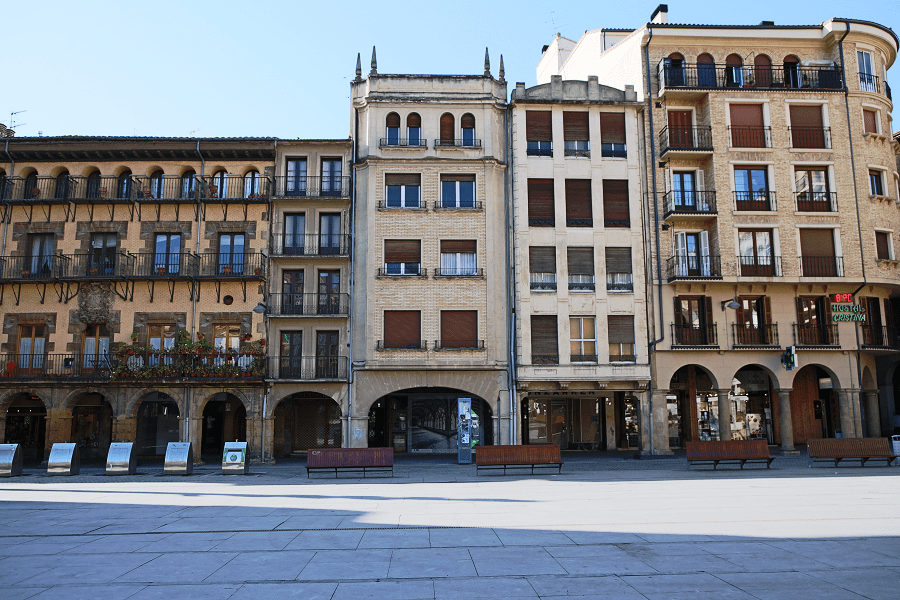 Estella (Spanish) or Lizarra (Basque) is a town located in the autonomous community of Navarre, in northern Spain. It lies south west of Pamplona, close to the border with La Rioja and Basque country on the Camino de Santiago Way. 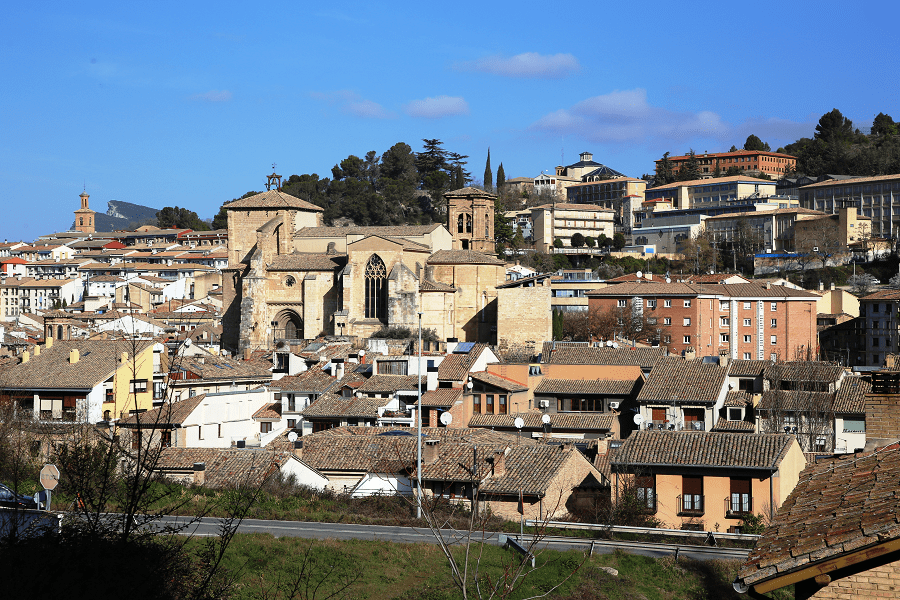 This monument that already in the thirteenth century was known as San Pedro el Mayor. The façade dates from the mid-13th century, with great similarities to the façades of the nearby churches of San Román de Cirauqui, and that of Santiago in Puente la Reina. 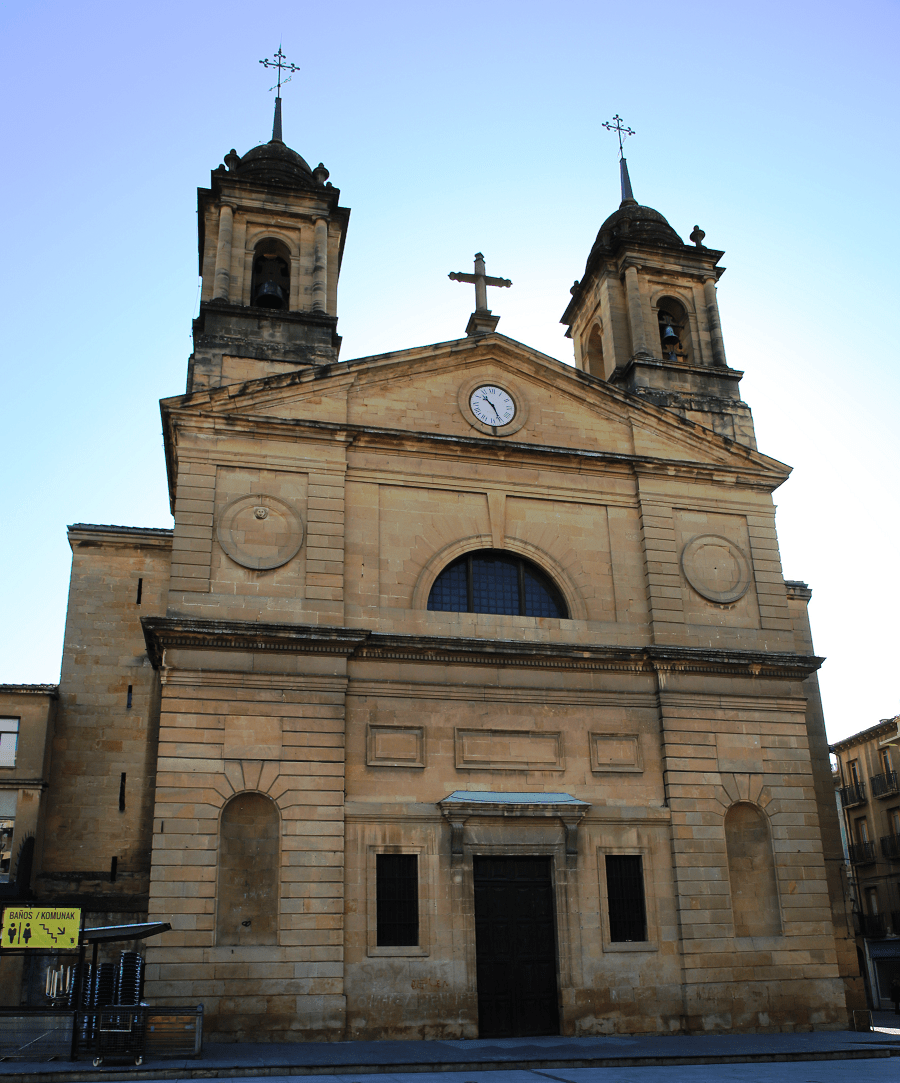 The interior presents constructive forms originating in the last quarter of the 12th century. The naves are from the 13th century. 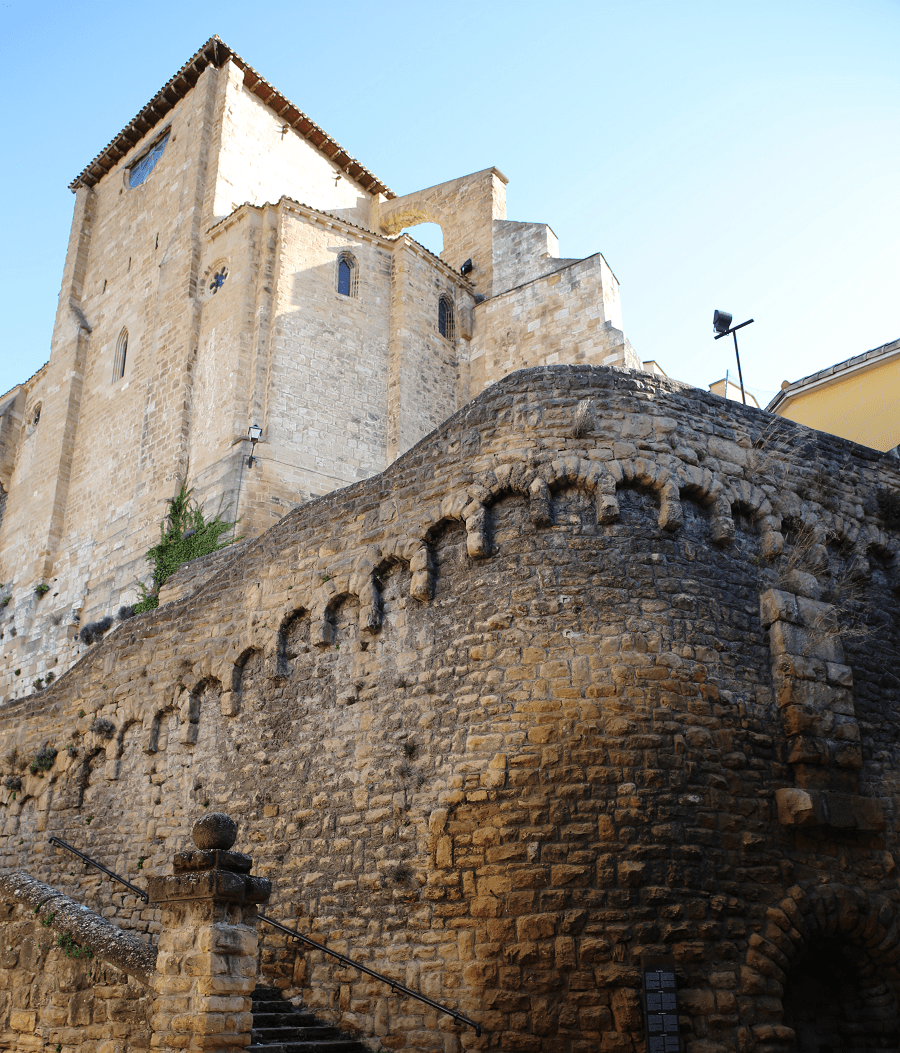 The chapel of San Andrés, patron saint of the city, was built in baroque forms in 1706. The altarpiece, made at the end of the 18th century, has a rococo-style. 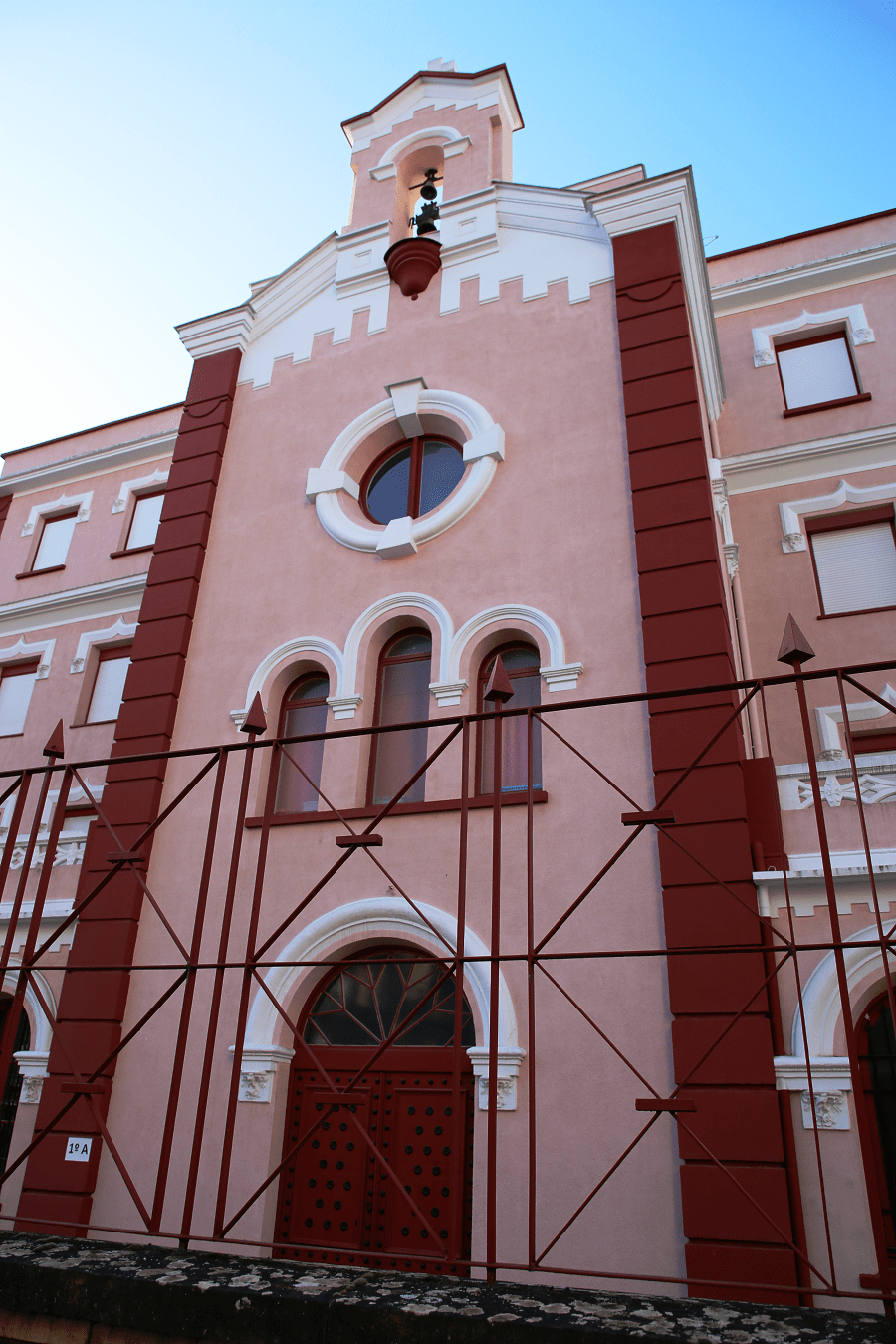 The oldest remains that are preserved show a probable construction between 1187 and 1196, the date of the invasion of Navarre by the Castilians during the reign of Sancho VII. The late Romanesque head consists of five stepped apses. The five chapels are covered by oven vaults. 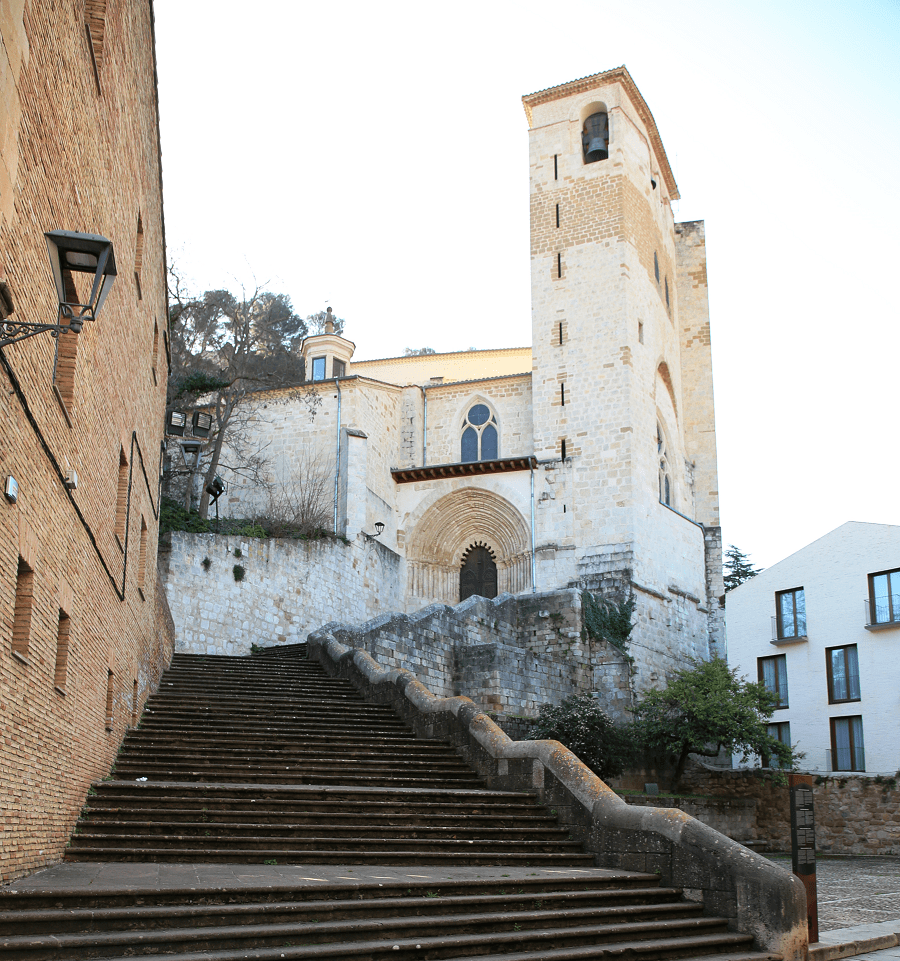 The three naves, made up of three sections each, show Gothic forms, and correspond to a reform carried out in the first half of the 16th century. 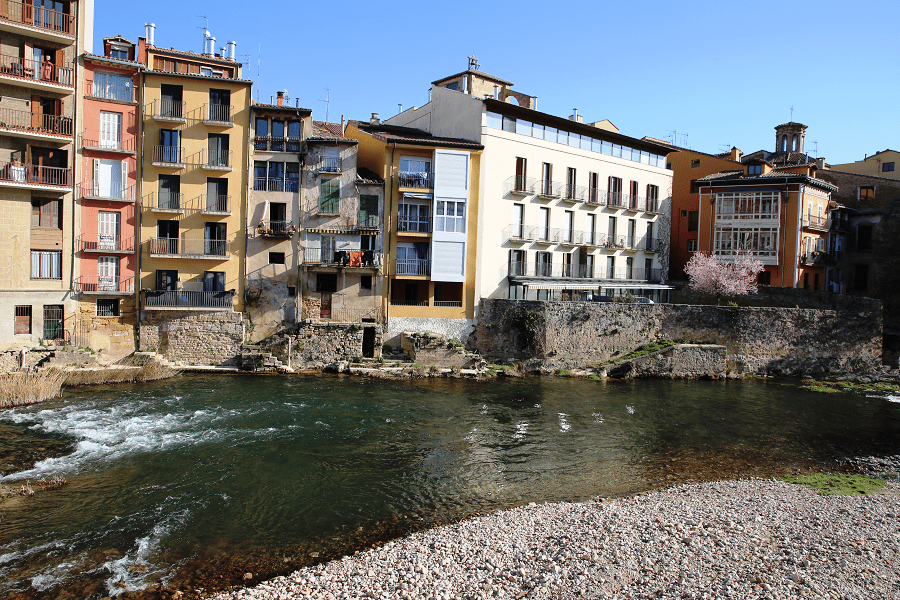 Church of the Holy Sepulcher

Located on the old Rúa de los Peregrinos, now Calle de Curtidores, it is one of the oldest parishes in the city. Its form shows traces of a long construction process, begun in the Romanesque and not completed until the 16th century. 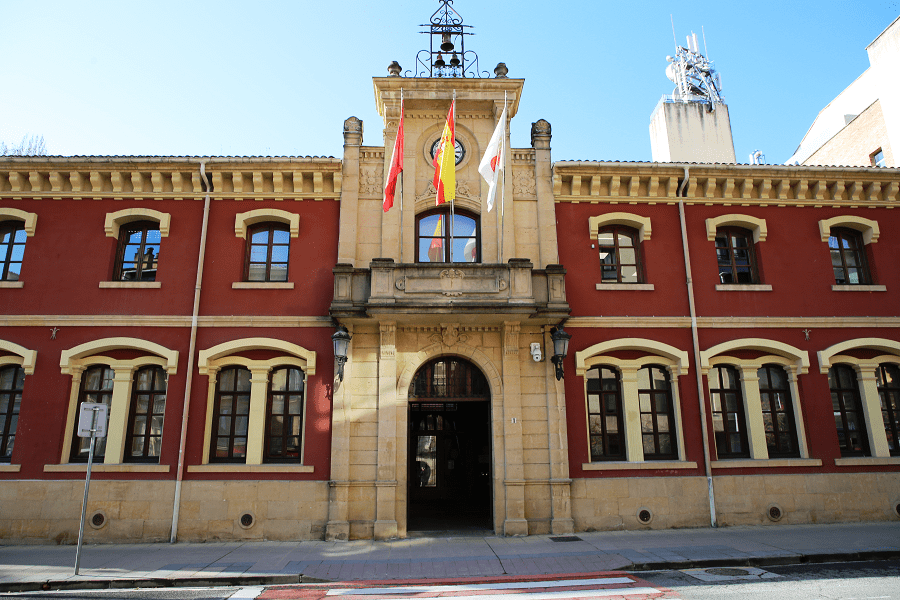 The interior is accessed through an important Gothic doorway from the early 14th century. 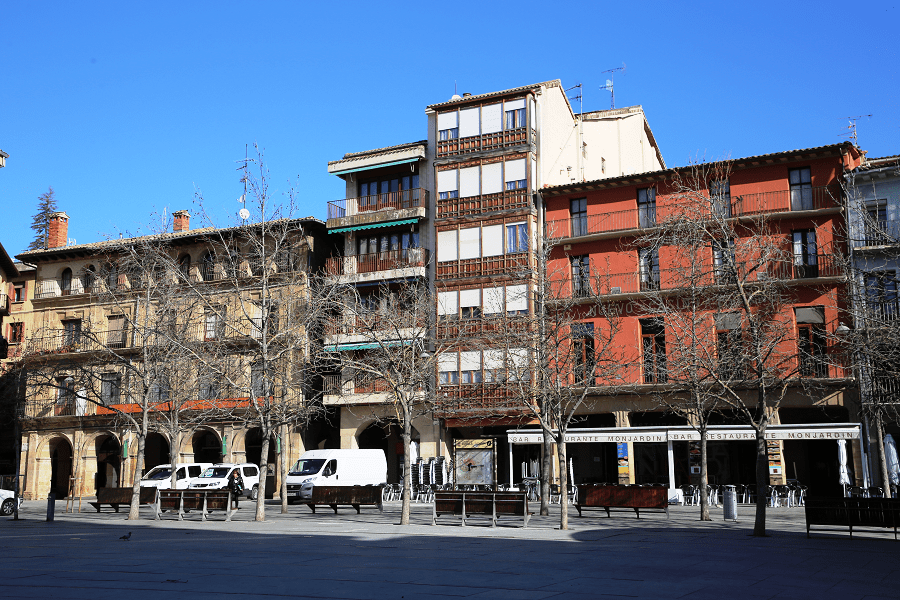 Dominican convent built in the 13th century by order of King Teobaldo II of Navarre next to the Jewish quarter of Elgacena. Currently rehabilitated as a nursing home. 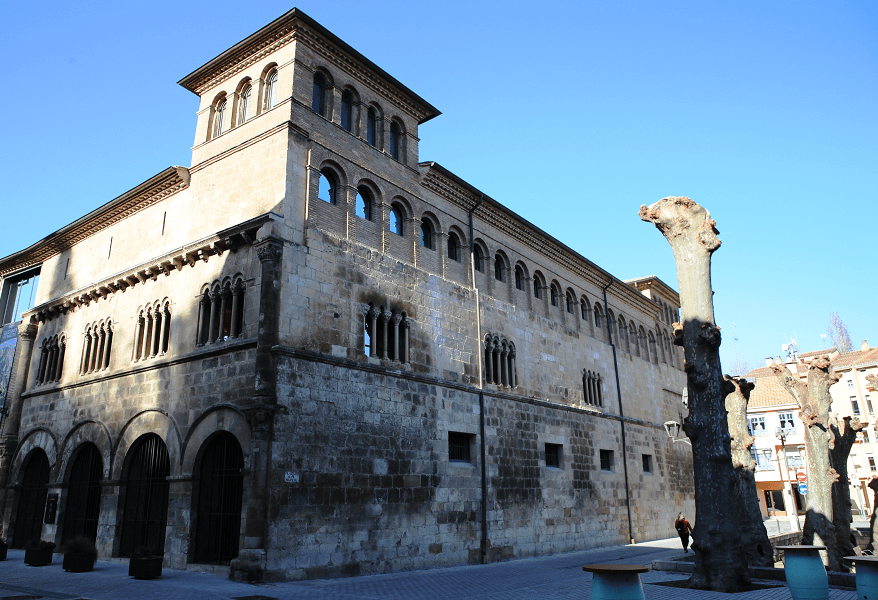 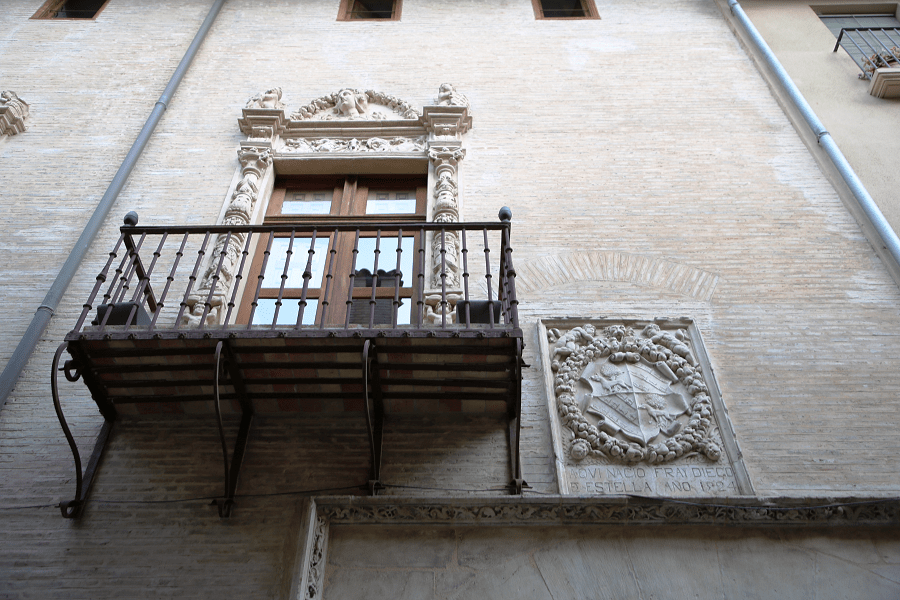 Basilica of Our Lady of Puy

The current basilica replaces a previous one, in the Baroque style, according to a layout made in 1929. The project was completely modified in 1949, finishing construction in 1951. 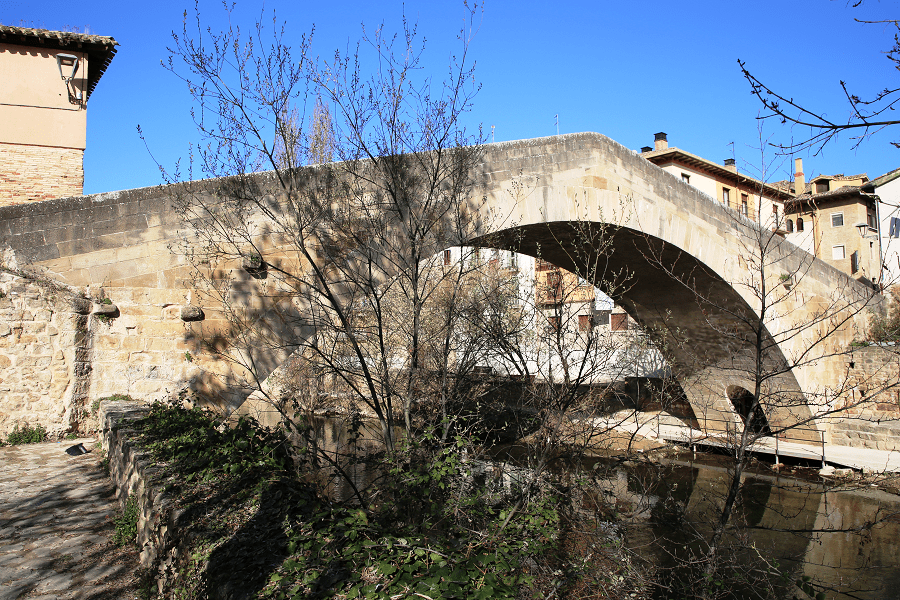 One of the three fortresses (the others were Belmecher and Zalatambor castles) that the city of Estella had. The first data on the existence of the castle goes back to 1024. 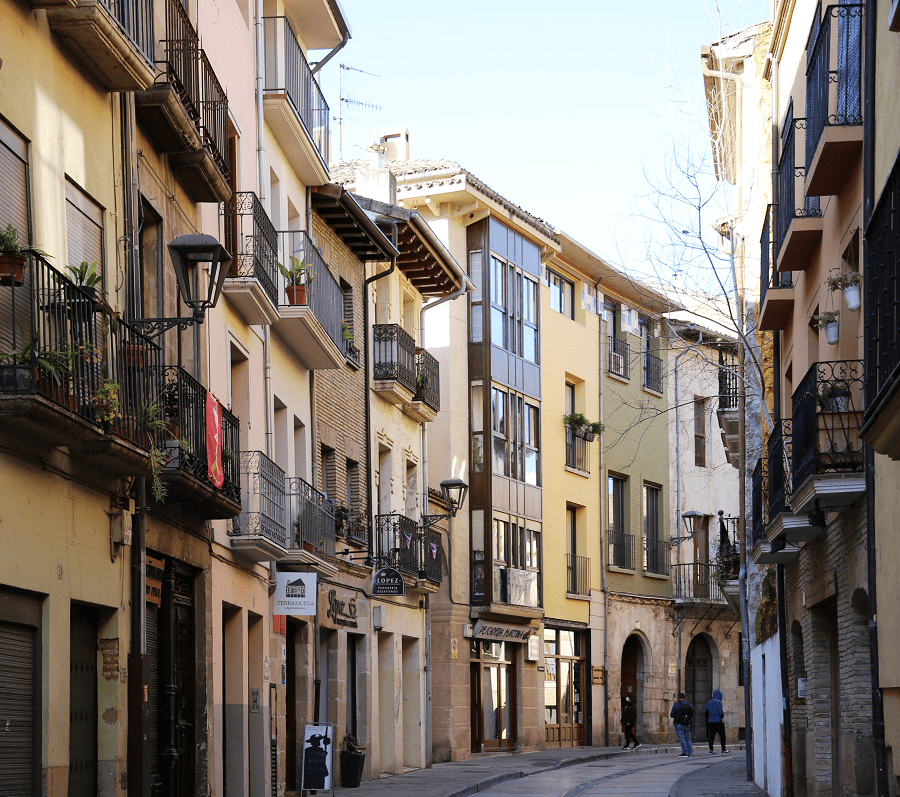 The Castillo Mayor was a royal residence during the 13th, 14th and 15th centuries, with numerous rooms prepared for this purpose. At present (2009) the enclave of “Los Castillos de Estella” is in the process of being declared BIC. 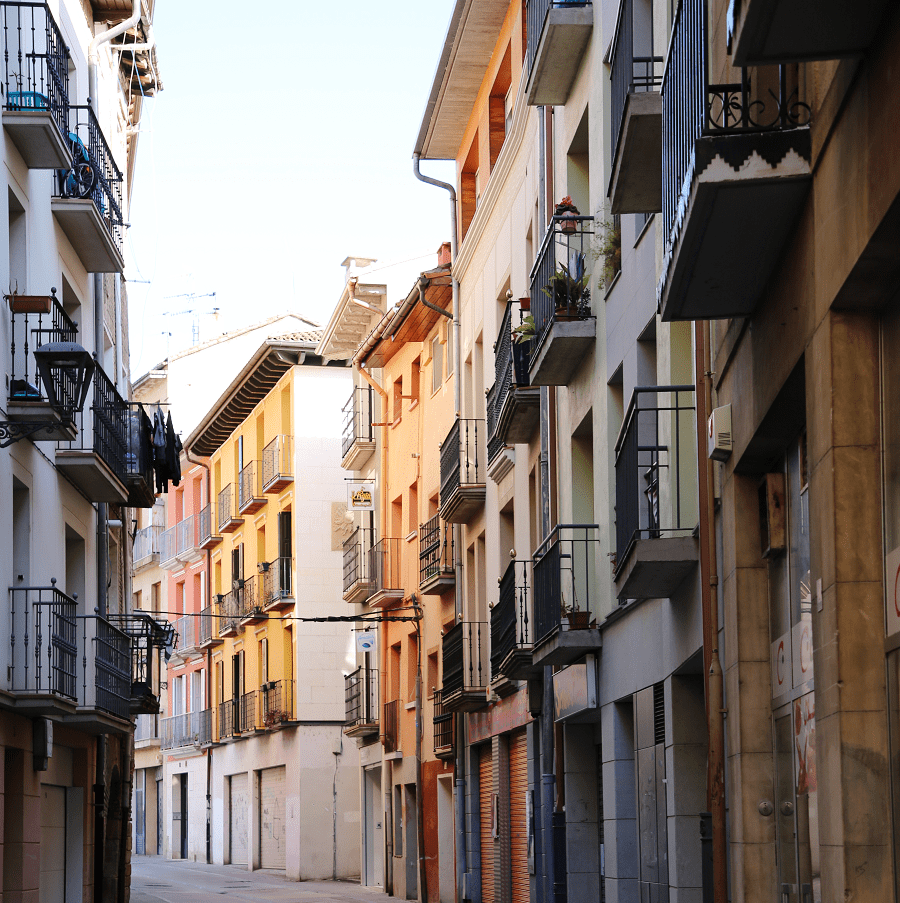 Palace of the Kings of Navarre in Estella, the only example of civil Romanesque in Navarre.

Also known as “Palace of the Dukes of Granada de Ega”, it is the only civil Romanesque building in Navarre, which was declared a National Monument in 1931. It was built in the second half of the 12th century, located in the Plaza de San Martín and on the corner of Calle de San Nicolás, the old entrance for pilgrims. The main facade consists of two floors built in ashlar masonry, which are divided in height by a simple molded cornice. Since June 14, 1991, it houses the museum of the painter Gustavo de Maeztu. 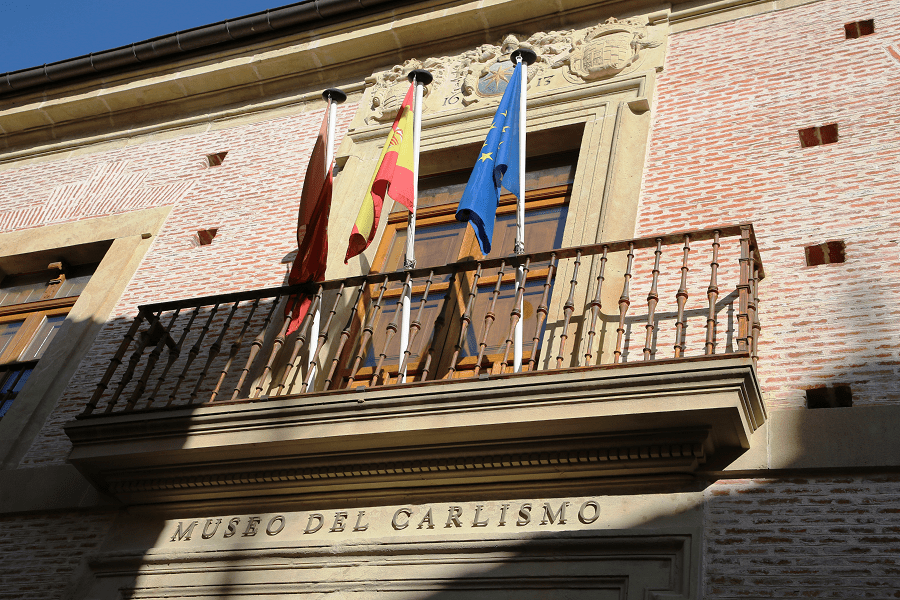 Located in front of the Plaza de San Martín, it was once the City Hall and today it is the seat of the Court. It is a baroque building, from the first half of the 18th century. Above the attic is a beautifully sculpted eave, adorned with human figures in the classical tradition. 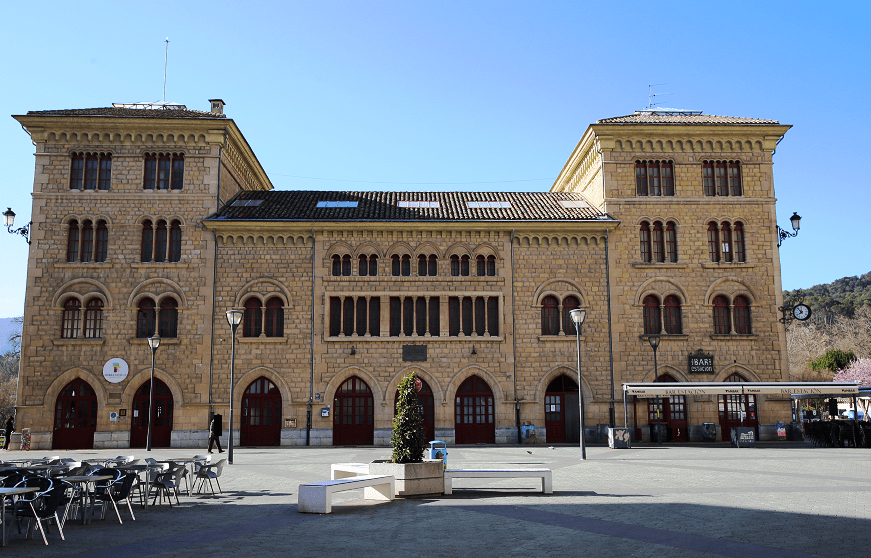 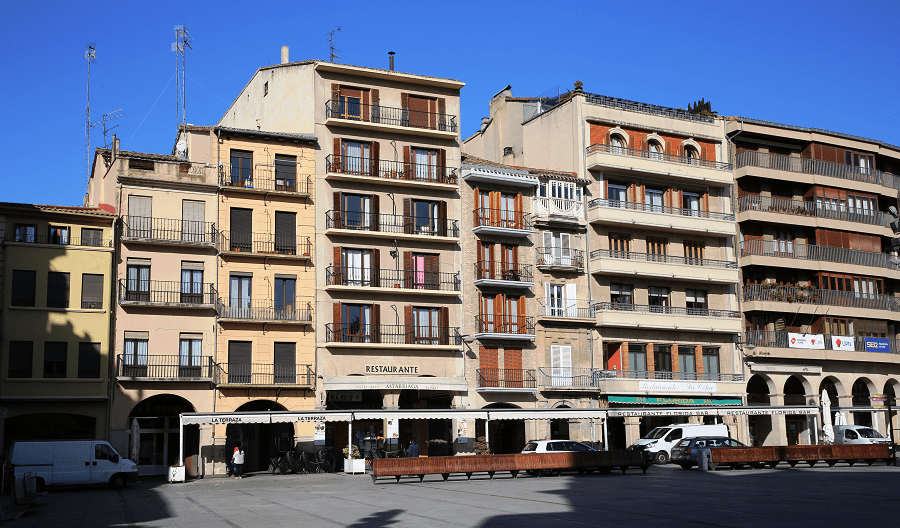 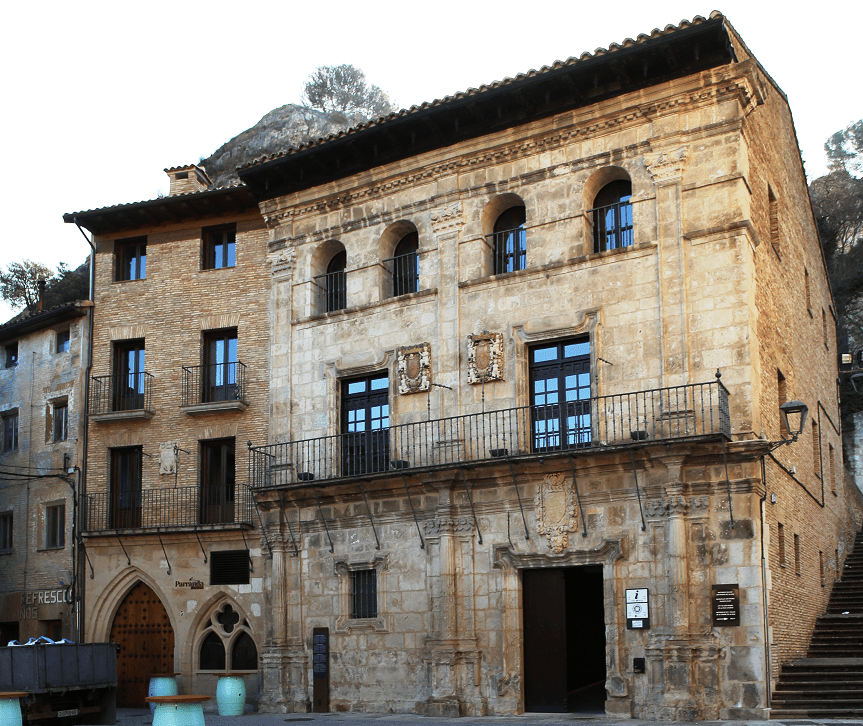 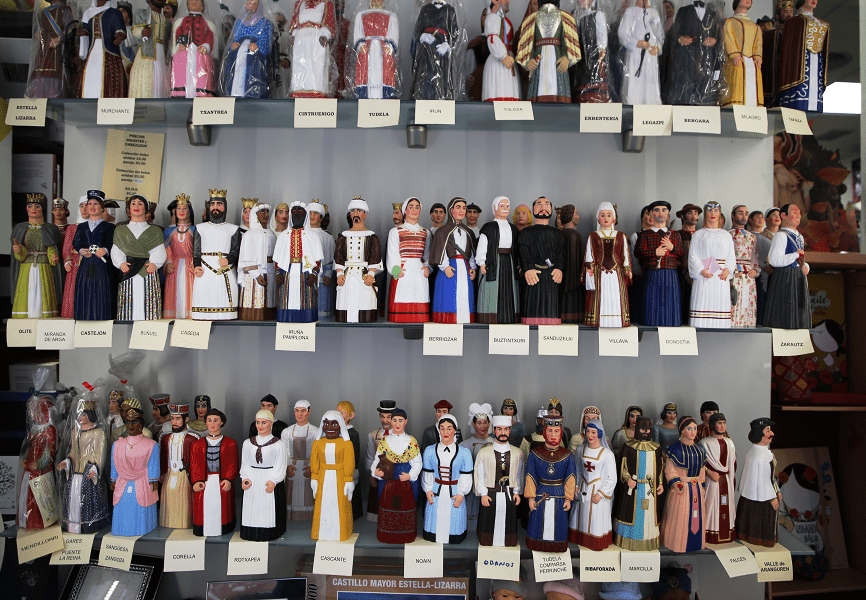 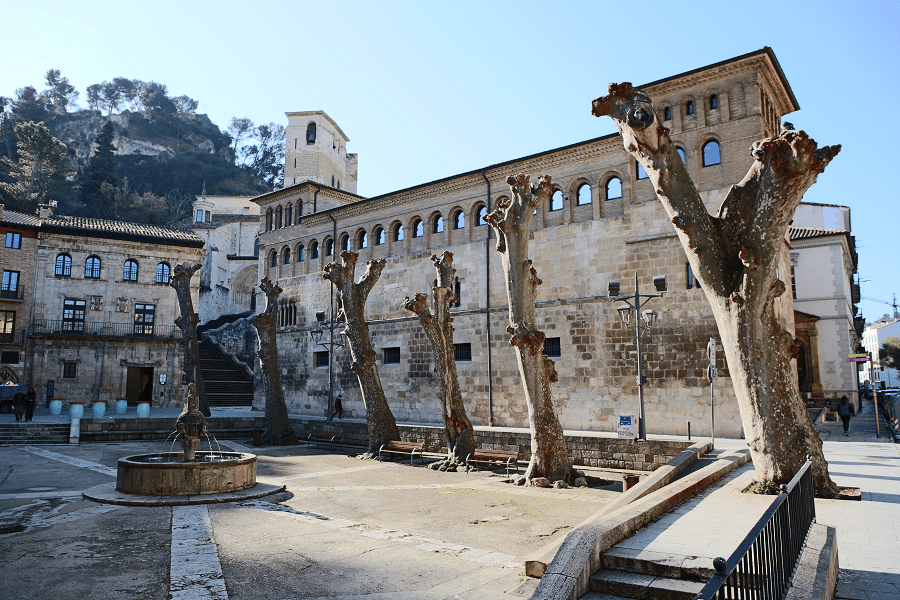