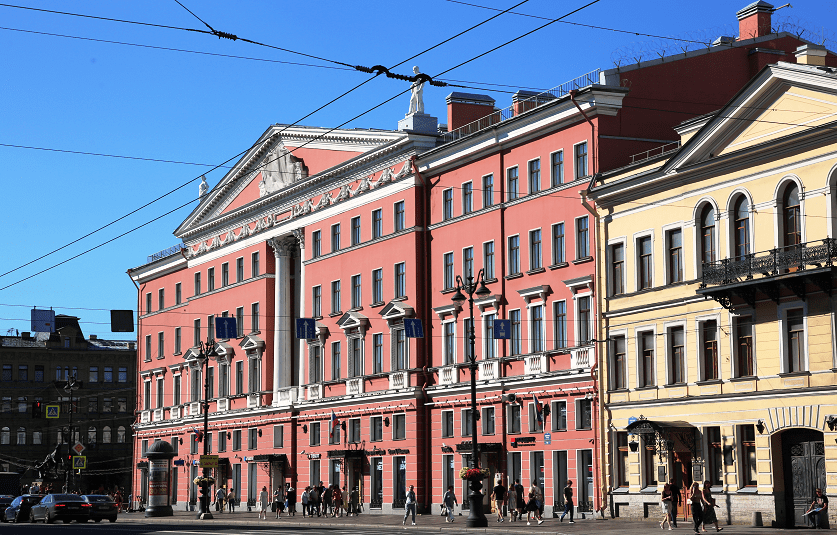 The House at Nevsky Prospekt, 68 / Fontanka River, 40, also known as the Lopatin House and the Literary House, is a historic building located in the center of St. Petersburg, one of the houses on Nevsky Prospekt, partially destroyed during the siege of Leningrad.

The central part of the building overlooking the Nevsky was rebuilt after the war. The first competition for the restoration of the building was announced during the blockade, in 1942. Completely demolished in 2011. Recreated with the addition of one floor.

In the 19th century, a number of famous writers of that time lived here, which much later gave the building the name “Literary House”.