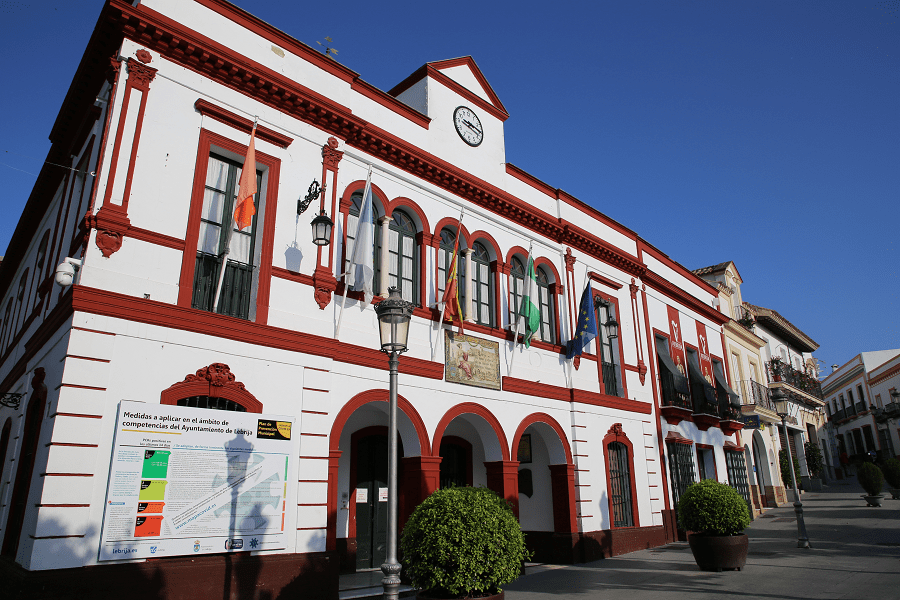 Lebrija is a city and municipality in Spain located in the autonomous community of Andalusia, in the Province of Seville.

It is the homeland of Antonio de Nebrija, author of the first Castilian Grammar, and of the navigator Juan Díaz de Solís, the discoverer of the Río de la Plata, who was killed by the Indians when he disembarked in 1516 on the coast of what is now Uruguay. 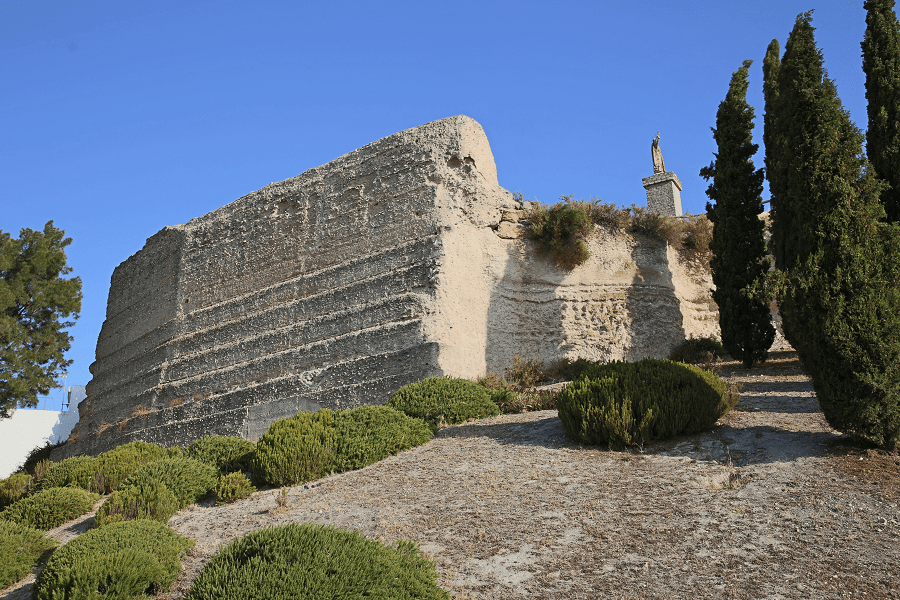 The Church of Santa María de la Oliva, a temple that was promoted by Alfonso X the Wise, construction began in the second half of the 13th century and expanded between the end of the 15th and the 16th century. At the foot of the left aisle stands the tower, built between 1757 and 1777, it was designed by Pedro Silva, inspired by the Giralda. It consists of four bodies, the first one built in stone, the rest being made of brick. Inside, the imagery of the main altarpiece stands out, the work of Alonso Cano. Also noteworthy is the Sacristy, designed by Hernán Ruiz, which contains a valuable collection of goldsmiths and liturgical objects. The church is listed as a National Monument of Historic and Artistic Interest. 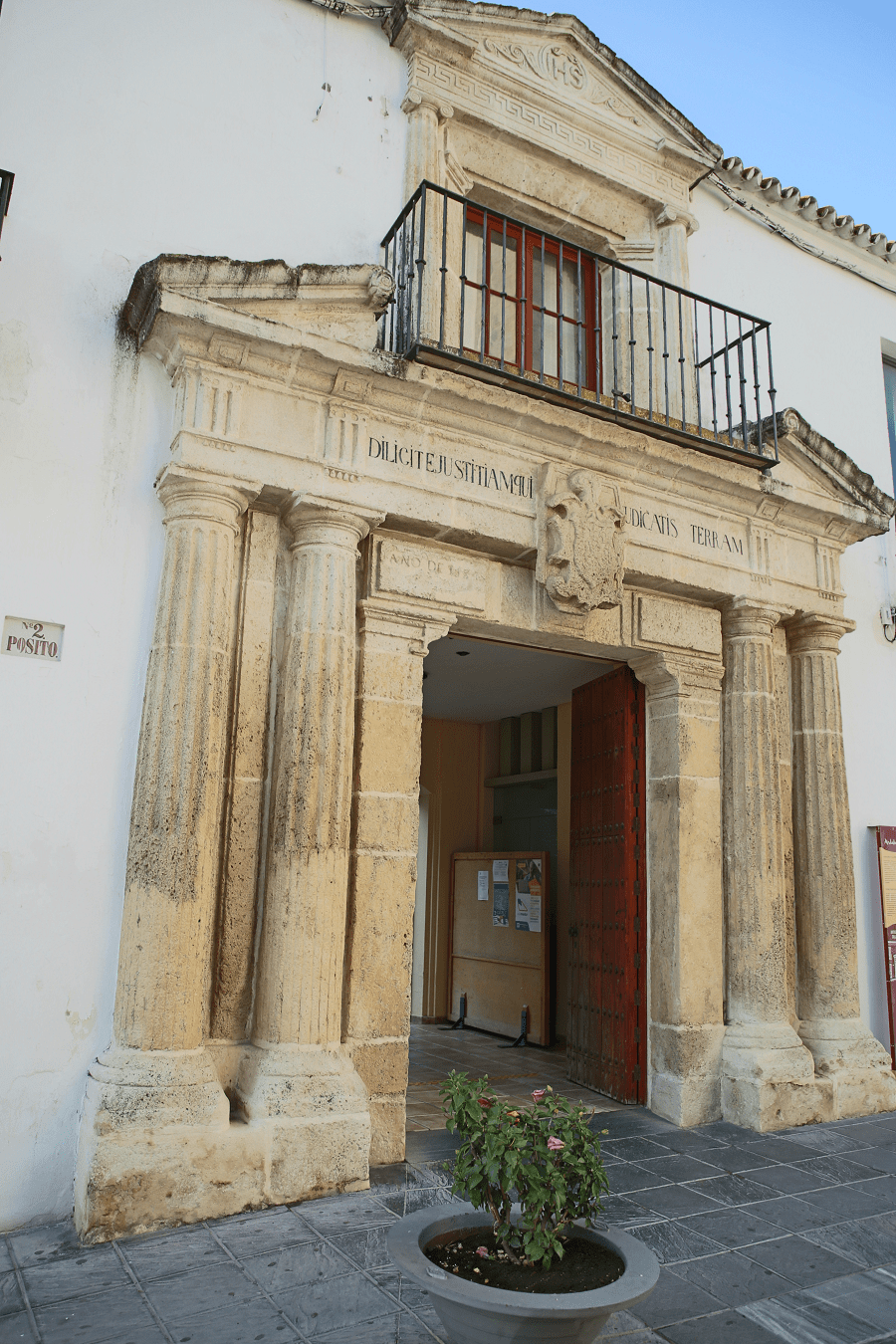 The Church of Santa María de Jesús, which originally belonged to the convent of the Third Order of San Francisco, the church was built between the 16th and 17th centuries.

The Conventual Church of San Francisco.

The Chapel of the Vera Cruz. 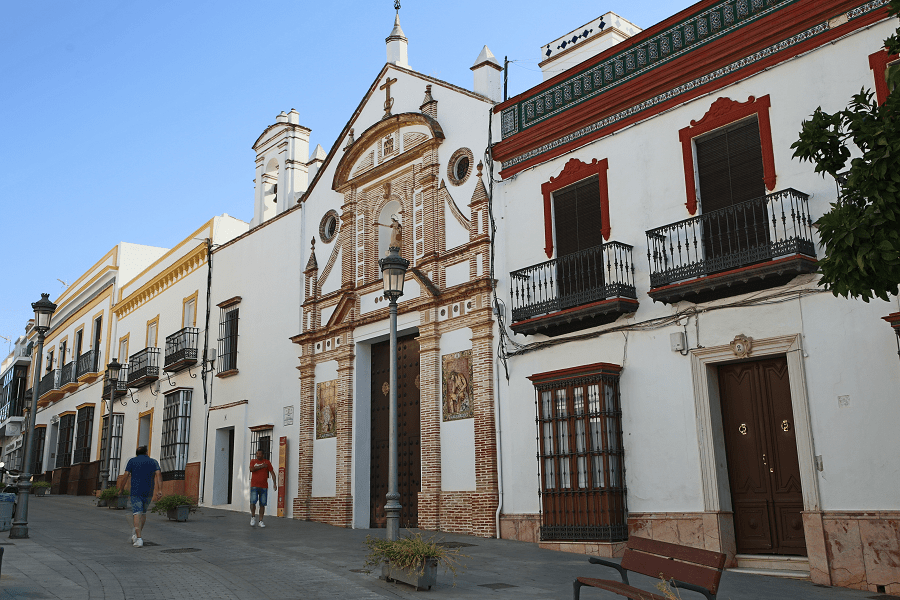 The Church of the Convent of the Concepcionistas. In which the main altarpiece stands out, the work of Juan Santamaría Navarro and Matías José Navarro, who executed it between 1729 and 1731.

Ruins of the Castle and Hermitage of Sta. María del Castillo.

Convent of the Sisters of the Cross. 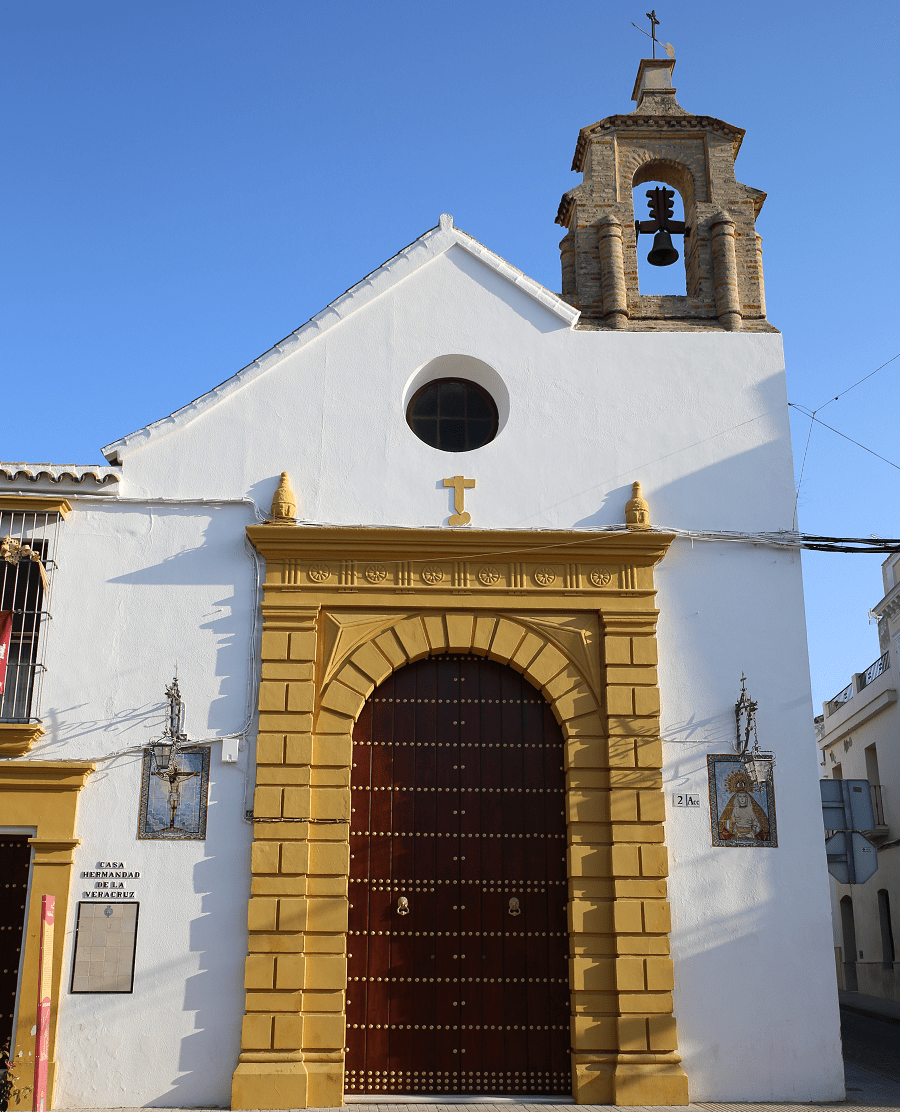 The must try of Lebrija are the caracoles (snails), prepared in many different ways, and served with a variation of tomatoes, soup and sauces. To go with the snails, try the local wine and manzanilla. 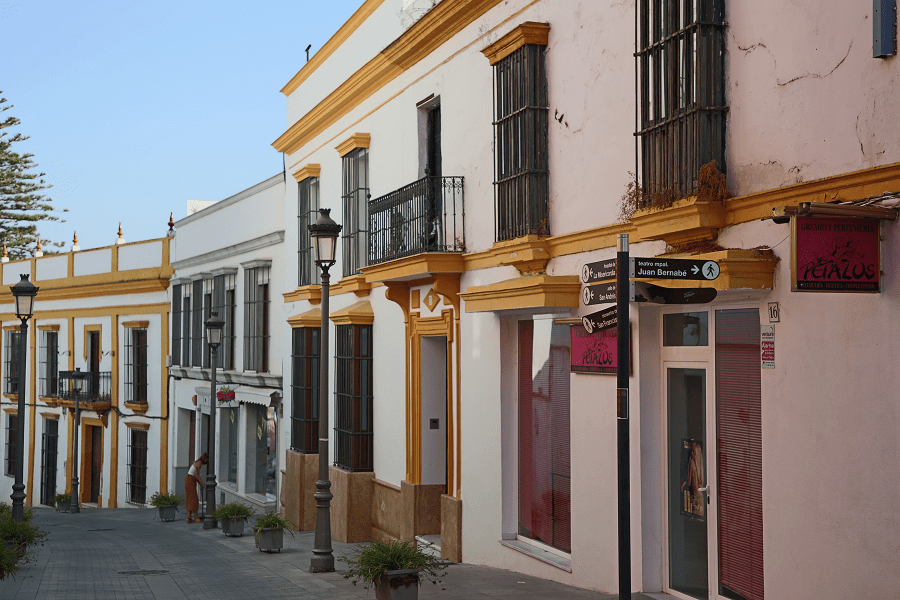 The Cruces de Mayo (Holy Crosses of May) is the most well-known and popular festivity in Lebrija. It is held during the first two weekends of May every year. It is a community activity where each neighborhood raises a cross, either using a permanent buttercross site or building them from scratch using flowers, forged iron or wood. These places around the town are then used for dancing and singing, particularly a local form of Sevillanas, known as Sevillanas corraleras.

The local annual fair is dedicated to the patron saint of Lebrija, Our Lady of the Castle, and held around her nameday, on 12 September. 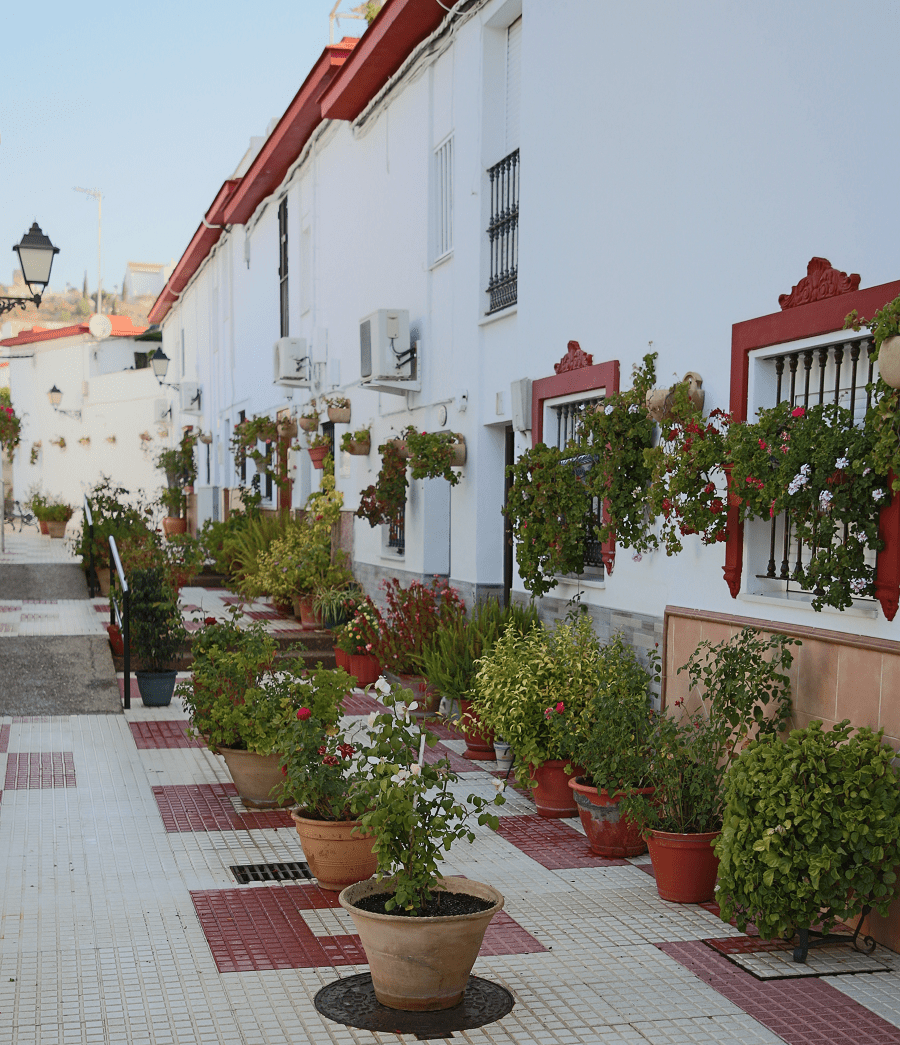 The festivity of the Júas (Andalusian dialect pronunciation of the name Judas) takes place on Saint John’s Eve. Local people get together and make lifesize rag dolls, representing celebrities and local politicians. These rag dolls are left outside of houses so they can be admired by others. At midnight they are set alight, together with a fireworks display, thus ending the festivity. 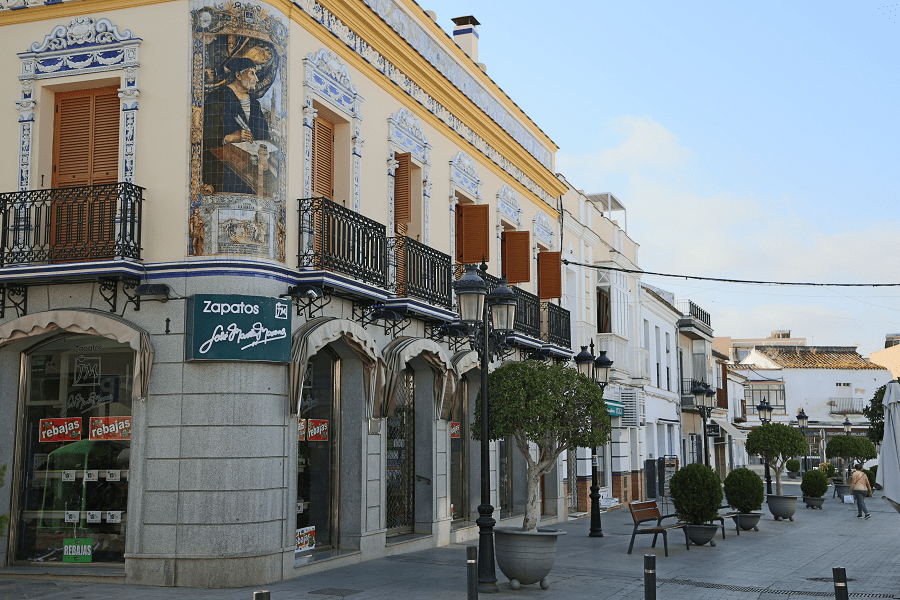 As in Seville and other Andalusian cities, towns, and villages, several hermandades, or religious brotherhoods, march in procession, carrying pasos, lifelike wood or plaster sculptures of individual scenes of the Passion of Jesus Christ or images of the Virgin Mary. Two of the most important hermandades are Los Dolores or El Castillo.

Lebrija is a flamenco centre and the Caracolá, one of the major flamenco festivals in Spain is held there every year in July. 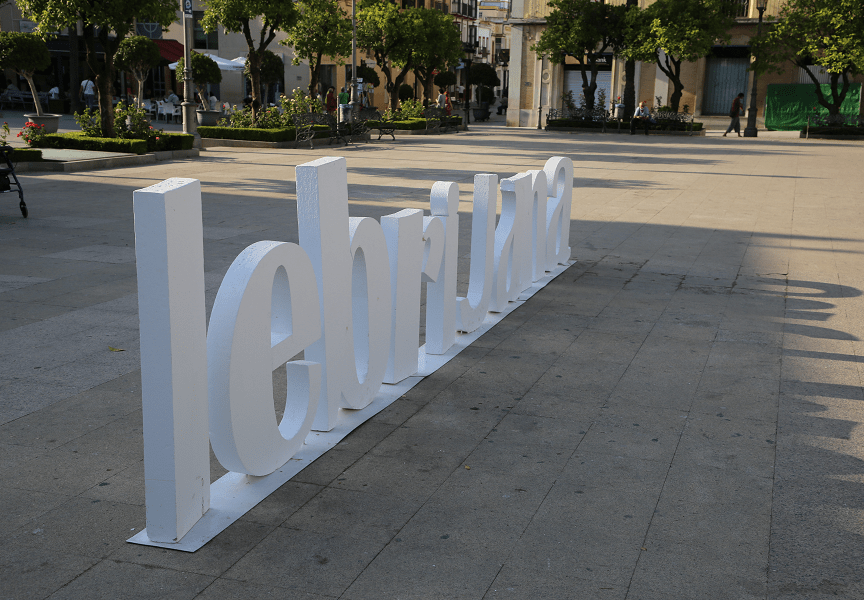 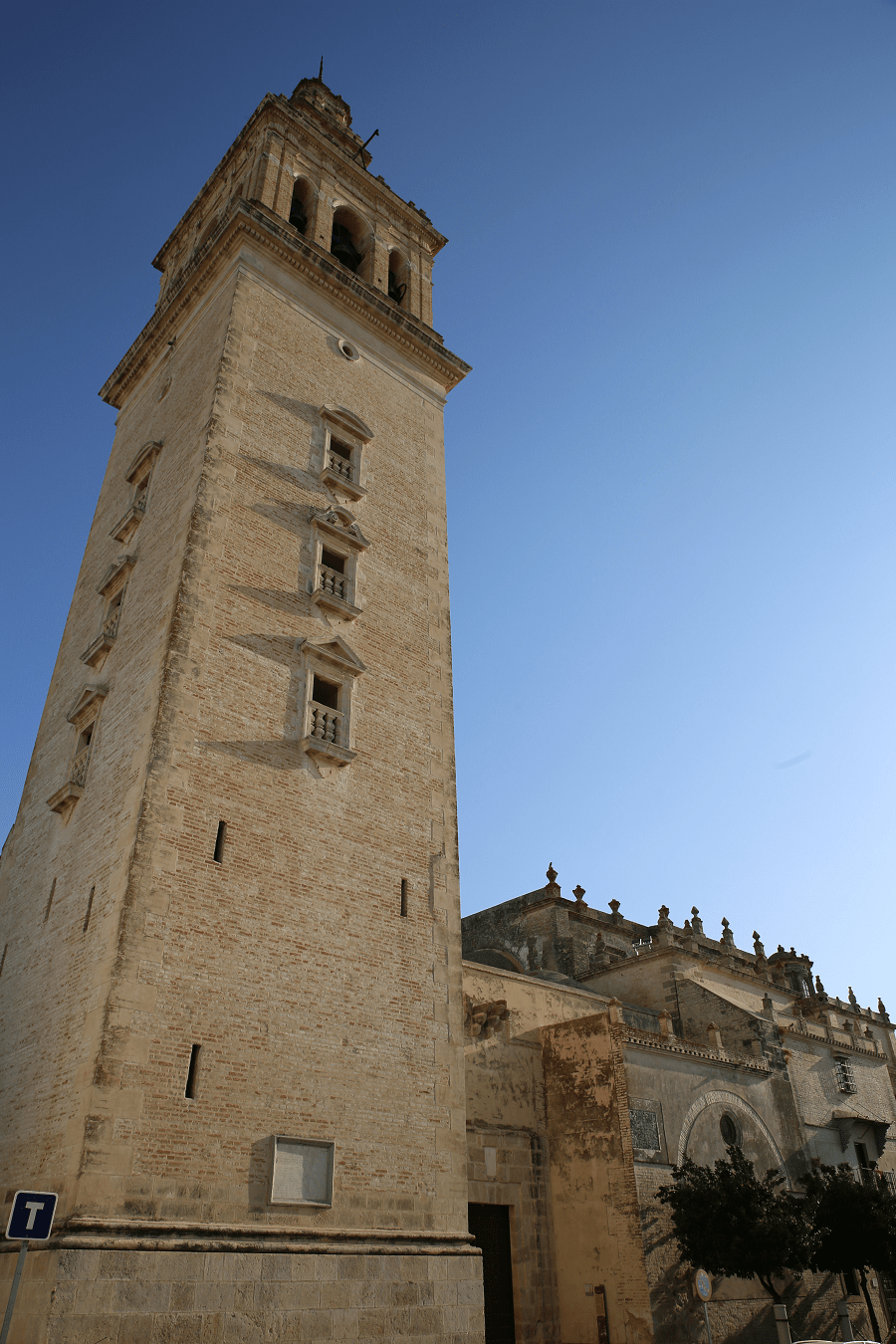 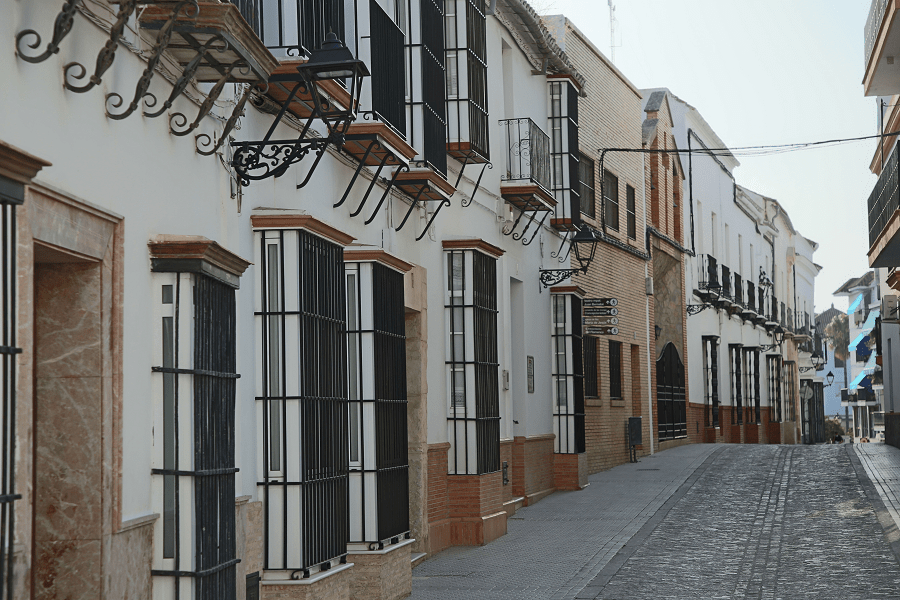