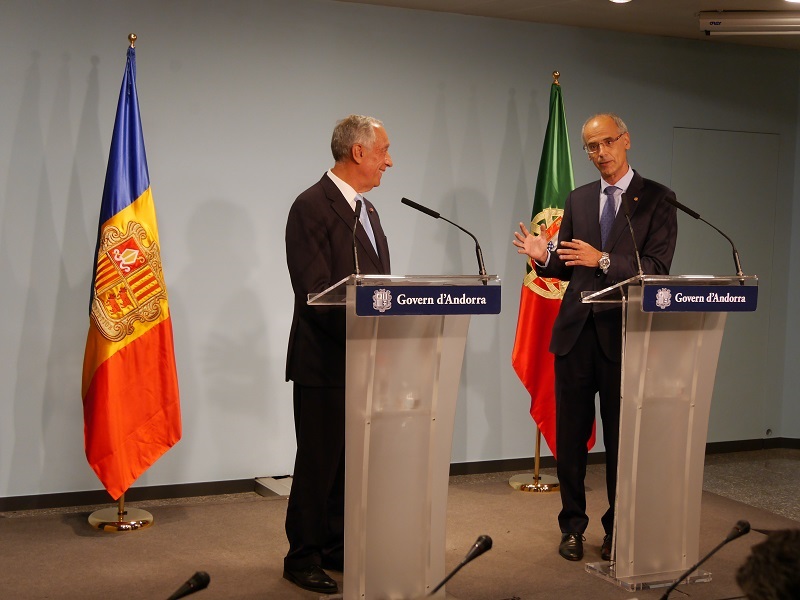 The President of Portugal, Marcelo Rebelo de Sousa, during his official visit to Andorra on September 7-8 declared his readiness to strengthen economic and trade relations with Andorra. In this regard, it was decided to organize a trip of Andorran businessmen to Portugal. The event is scheduled for the end of November 2017.

Speaking at a joint press conference with the head of the government of Andorra, Marcel Rebel de Souza noted that Andorra and Portugal are “brotherly peoples”. He also guaranteed Portugal’s support for the conclusion of an agreement on the association of Andorra with the European Union, which would guarantee the more active presence of Andorra in the domestic market of Europe, create new conditions for economic, political and social ties.

The head of the government of Andorra, Antoni Marti, in turn, also confirmed the intention “to follow the path of cooperation to strengthen the ties between the countries.” He noted that the Portuguese make up 14% of the total population of the country, Andorra employs more than a hundred companies, established by Portuguese citizens.

Marcelo Rebel de Souza also announced Portugal’s support for the candidature of Andorra for the Ibero-American summit in 2020.

The leaders of both countries also announced a desire to revise agreements in the field of social protection and education. In particular, one of the initiatives is to include the study of Portuguese in the list of compulsory subjects in the schools of Andorra.