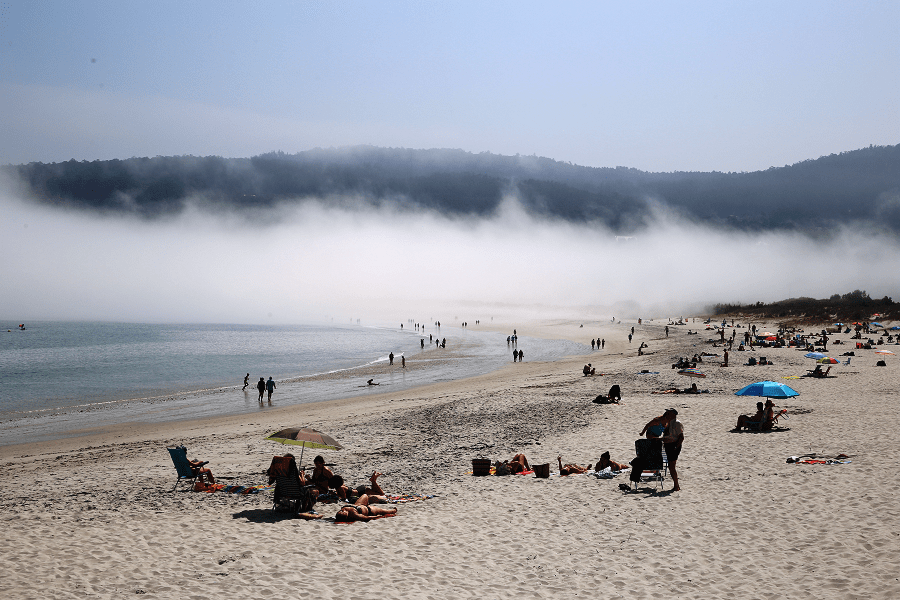 Laxe (Sp. Lage) is a city and municipality of Spain in the province of A Coruña, in the autonomous community of Galicia.

Laxe is a part of the resorts of Costa da Morte (Coast of Death) of the Atlantic resorts of Spain. 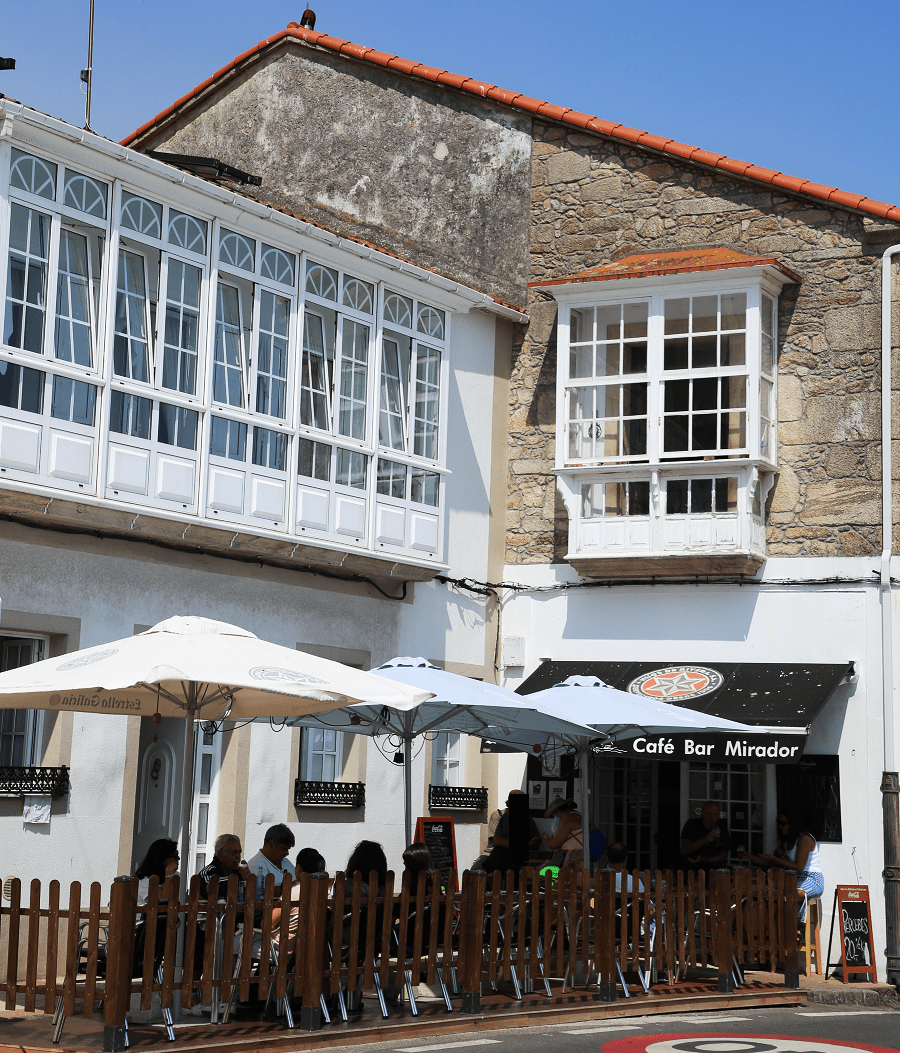 The Arch House. It is the most historically important civil building in Laxe. It is located in the center of the town, on the northwest corner of Plaza Ramón Juega and allows, through its three pointed arches on which it sits, to enter the Royal Street that leads to the parish church of Santa María de la Atalaia. 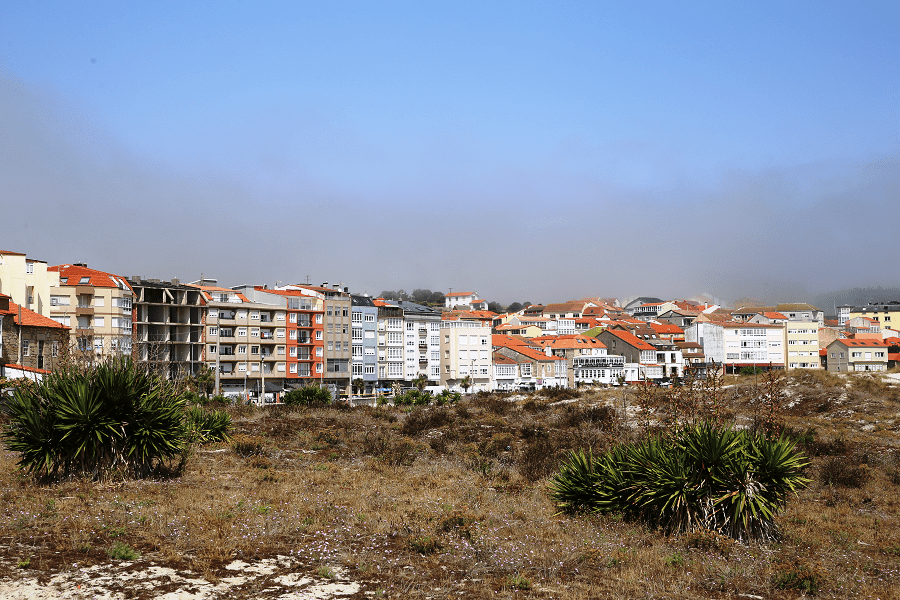 It is one of the few houses left in Galicia in the Gothic style – the ogival arch reveals this – and it is worth remembering that it is about 500 years old.

The house was built in the 15th century by Dona Urraca de Moscoso (Countess of Altamira) and her second husband Don Pedro de Osorio. 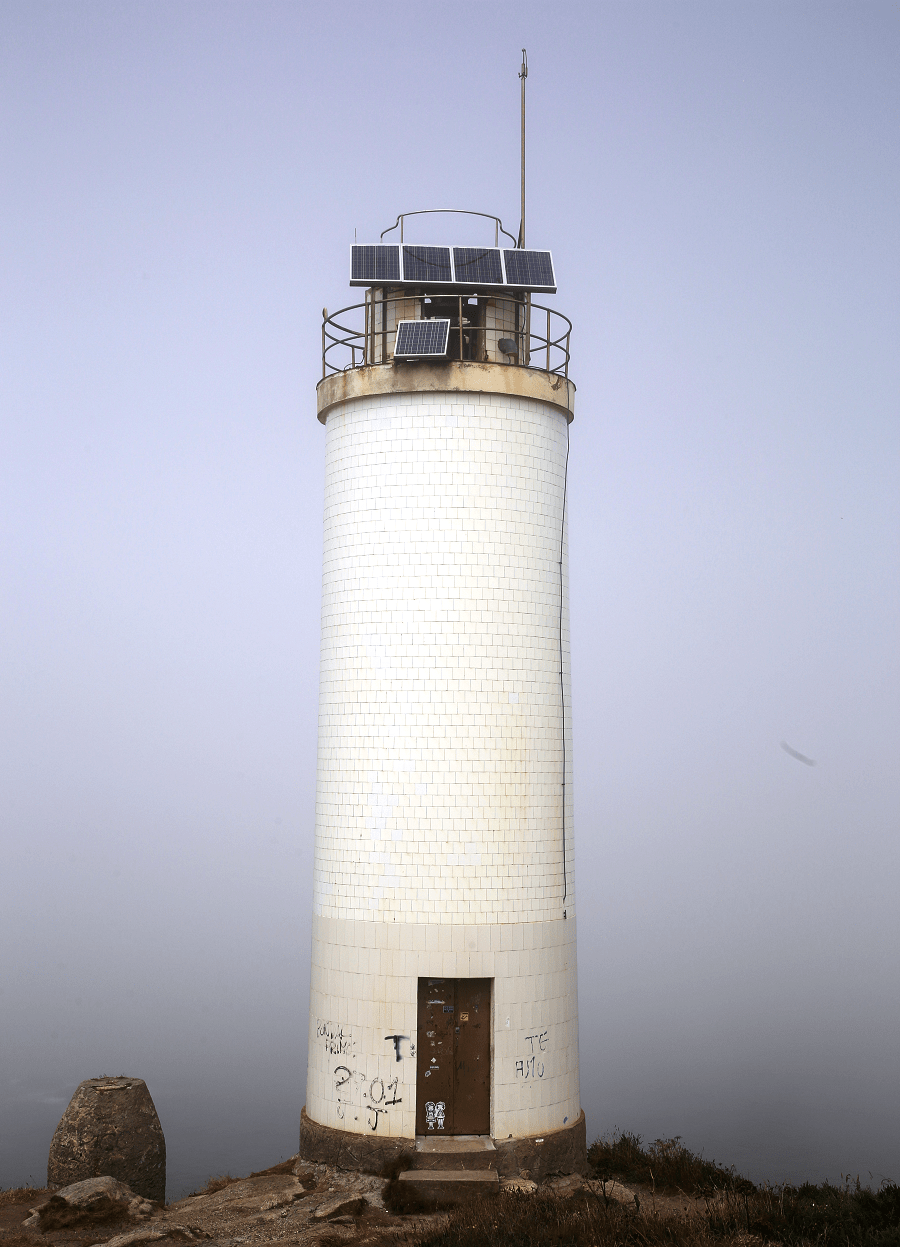 Laxe Lighthouse. This 11-meter-high building is located at Punta Ínsua at Cape Laxe, on a hill about 50 meters above sea level, which defends the town and the port from the prevailing winds, in a privileged natural space.

Awaiting. This sculpture by Iria Rodríguez located in Punta da Ínsua, in Laxe, pays homage to the families of all those sailors who never returned to port. 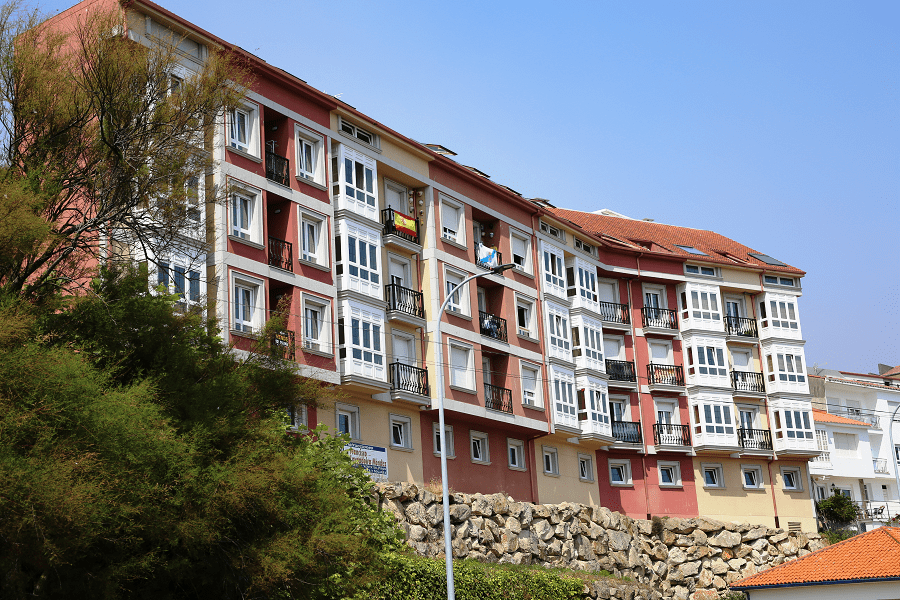 ‘A Espera’ reproduces the image of a woman with a child in her arms as she looks as far away as she can, eager to see the boat reappear in which one day her family, friends and neighbors left.

Palace of Laws. One of the best palaces on the Costa da Morte, and one of the most complete, because in addition to the building itself, it has beautiful and well-kept gardens, a dovecote and even a brook (the irrigation of Soesto). It was built in several stages, the main ones being those of the 19th and 20th centuries.

It is a U-shaped building, with an inner courtyard on the west side. The three wings of the building are two storeys high, except for the so-called south wing tower in the center, which is three stories high. 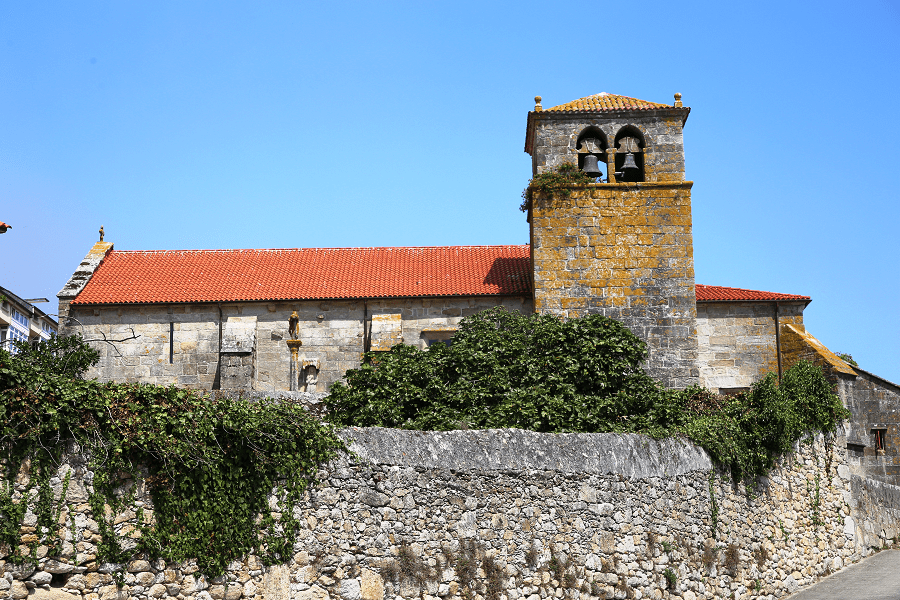 Church of Santa María de Atalaia and its atrium served as a watchtower and defense against the entry into port of any suspicious ship or fleet.

At the end of the 15th century, this church was enlarged, as at first it only owned the main chapel built in the first third of the 13th century. 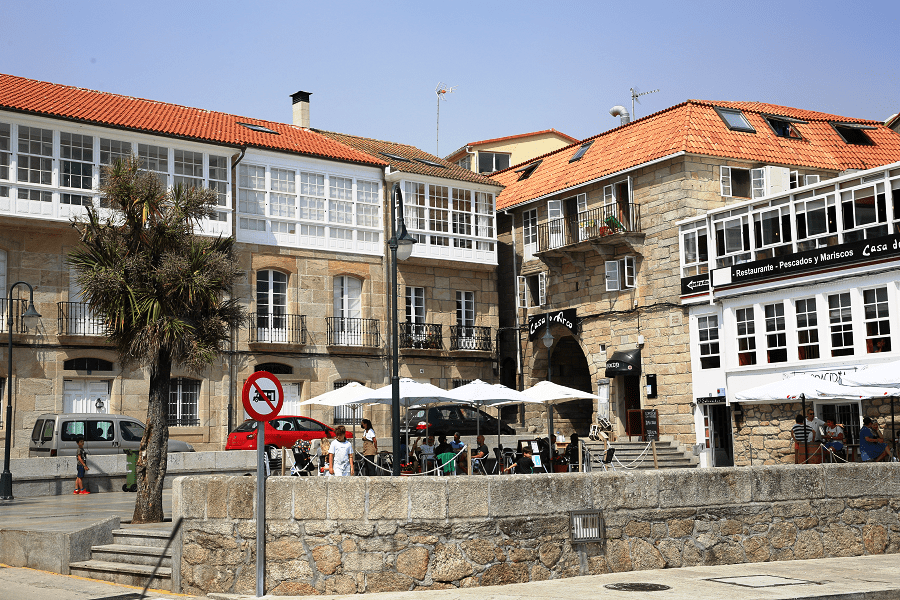 With the traditional orientation of the Roman temples, head to the east and portico to the west and mostly Gothic sailor style, this church has a body composed of simple walls and an interesting exterior decoration.

Laxe Beach – is the main beach of the municipality. Blue flag. 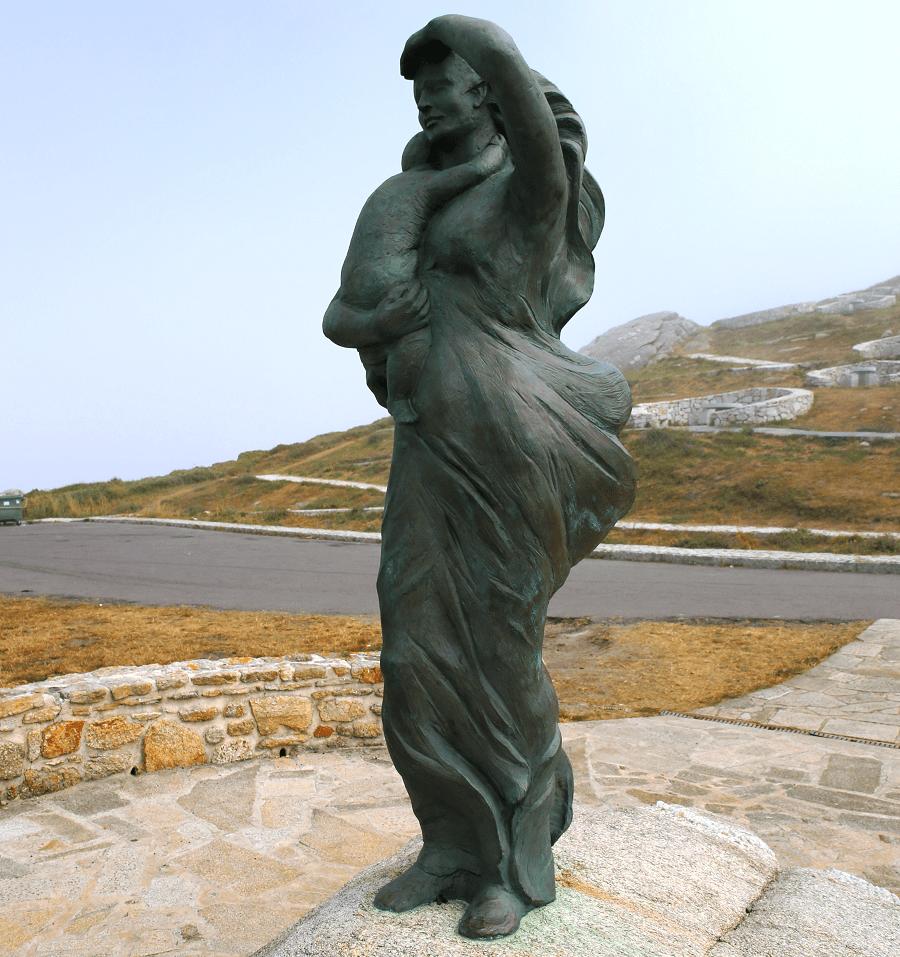 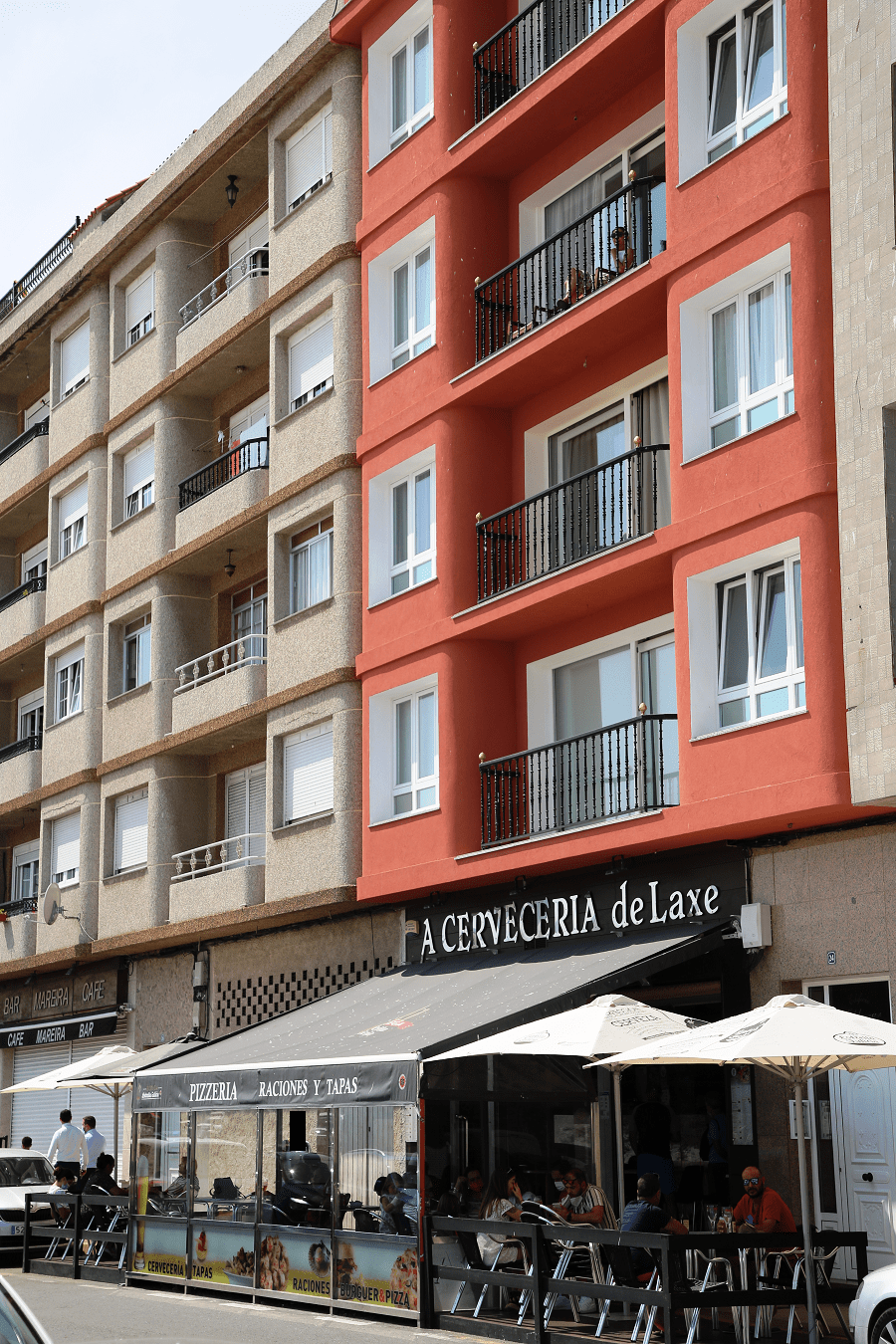 The nearest airport to Laxe is A Coruna (LCG). 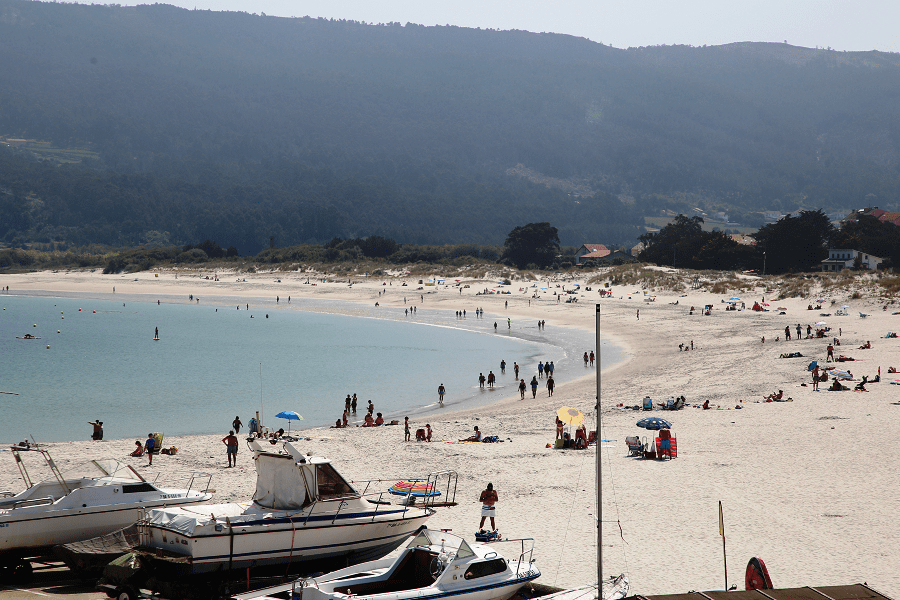 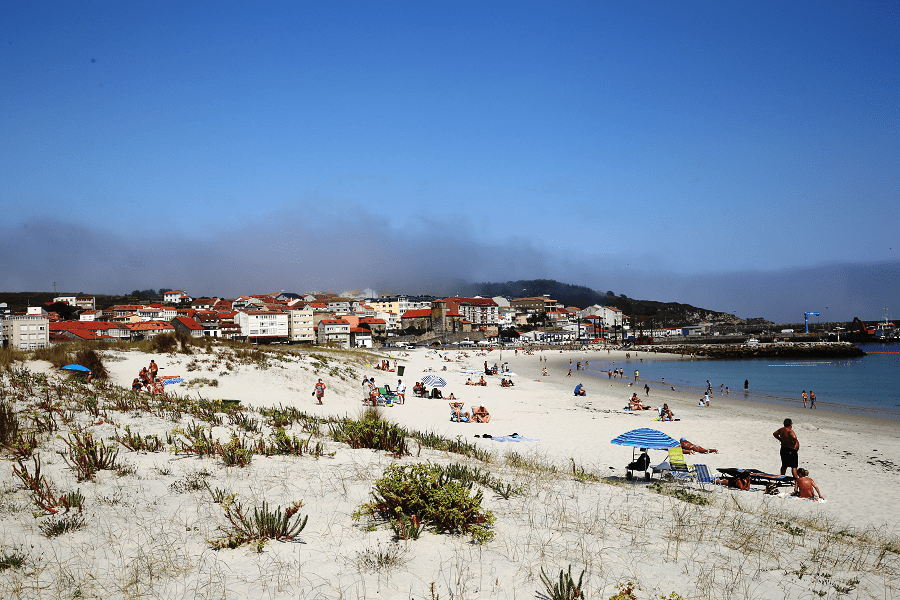