During 2015-2016 ski season Grandvalira took 16th place in the world ranking for number of skier visits, a ranking created by the Swiss consultancy Laurent Vanat • All PYRENEES · France, Spain, Andorra 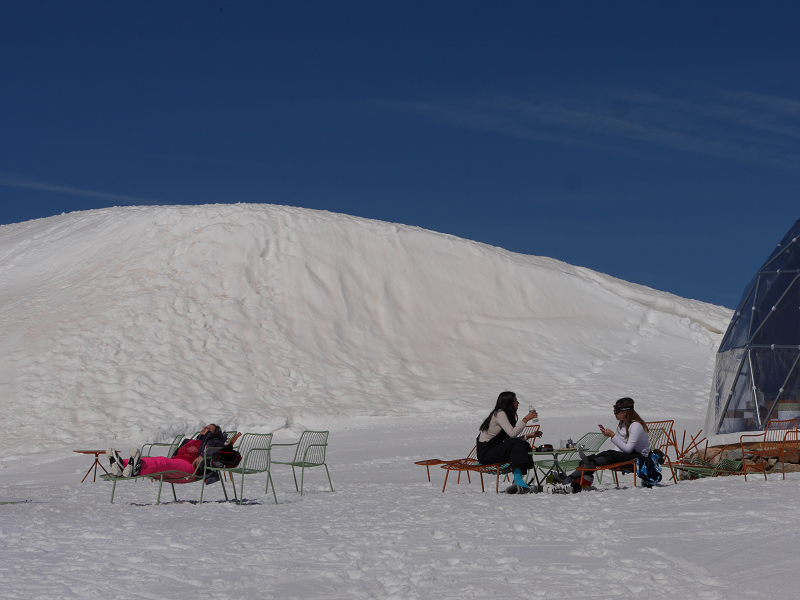 During 2015-2016 Grandvalira took sixteenth place in the world ranking for number of skier visits, a ranking created by the Swiss consultancy Laurent Vanat. The Andorran resort went up three positions in the prestigious report, overtaking renowned resorts such as Soelden, Tignes and Zermatt, says Grandvalira in its official season results report.

The public also recognized Grandvalira through different awards received this season, such as the World Ski Awards, considered the Oscars of the snow tourism sector, and TripAdvisor’s certificate of excellence. Grandvalira also smashed a few social media records. This was reported by the big data communication consulting firm Sybils, which positioned the Andorran resort in the top spot for the most comments of any resort in the Pyrenees.

Despite unfavorable weather early in the season, Grandvalira closed the season with a 4% increase in ski pass sales compared to the previous season. This marked four consecutive seasons of growth in the number of visitors for the Andorran resort. Moderate increases were also seen primarily in the Spanish, French, British and Northern European markets. Neighboring markets like the French and Spanish markets continued to grow in influx this season. Thanks to good turnout from international markets, aggregate volume also rose this season, with special emphasis on skiers from the UK and Northern European countries.

Due to irregular precipitation during the winter season, ground team were responsible for over 1,000 hours of snow production and snow-grooming machines worked for 25,700 hours. Despite this, the distribution of visitors throughout the season was quite regular. The average number of skiers remained high for the whole season, with peaks in the December bank holiday weekend, Christmas and Easter vacation periods. February and March also had figures higher than previous years.

Grandvalira invested a total of 16 million euros, primarily in optimizing and improving the customer experience. Investments with the most notable return were in the family segment, with a 5% increase in this customer segment compared to the 2014–2015 season.

Total visits Grandvalira web page amounts to 2.5 million (+23%) and the number of Domain of Snow app downloads, up 145% from the previous year.

Grandvalira concluded the season with some major sporting events: Freeride Junior World Championships, the sixth Skiers Cup, Speed Skiing World Cup, Total Fight Masters of Freestyle. The high point of the season was in February, when Grandvalira hosted the Women’s Alpine Skiing World Cup trials for the second time, filling the l’Àliga slope in El Tarter with names like Lindsey Vonn and Lara Gut, some of the best skiers in the world. The show was seen by over 10,000 attendees, while some 300 Andorran volunteers made sure the event went off seamlessly.